Manchester United had to wait until the end of the transfer window to sign Antony. The 22-year-old has been the primary target for Erik ten Hag since his move from Ajax. Antony made a great start to his Manchester United career and scored a goal in his debut match in the English Premier League. Erik ten Hag has given him a start in every game since his arrival, and it looks like the player is set to be the go-to man on the right wing for the Dutch manager.

Antony has spent 220 minutes on the field for the Red Devils. He made his debut against Arsenal and scored a goal in his 61 minutes of presence on the field. The crowd will be expecting more from the Brazilian and he has delivered in the past for Ajax. We now look at some of the stats that show how the player has performed for his new club. 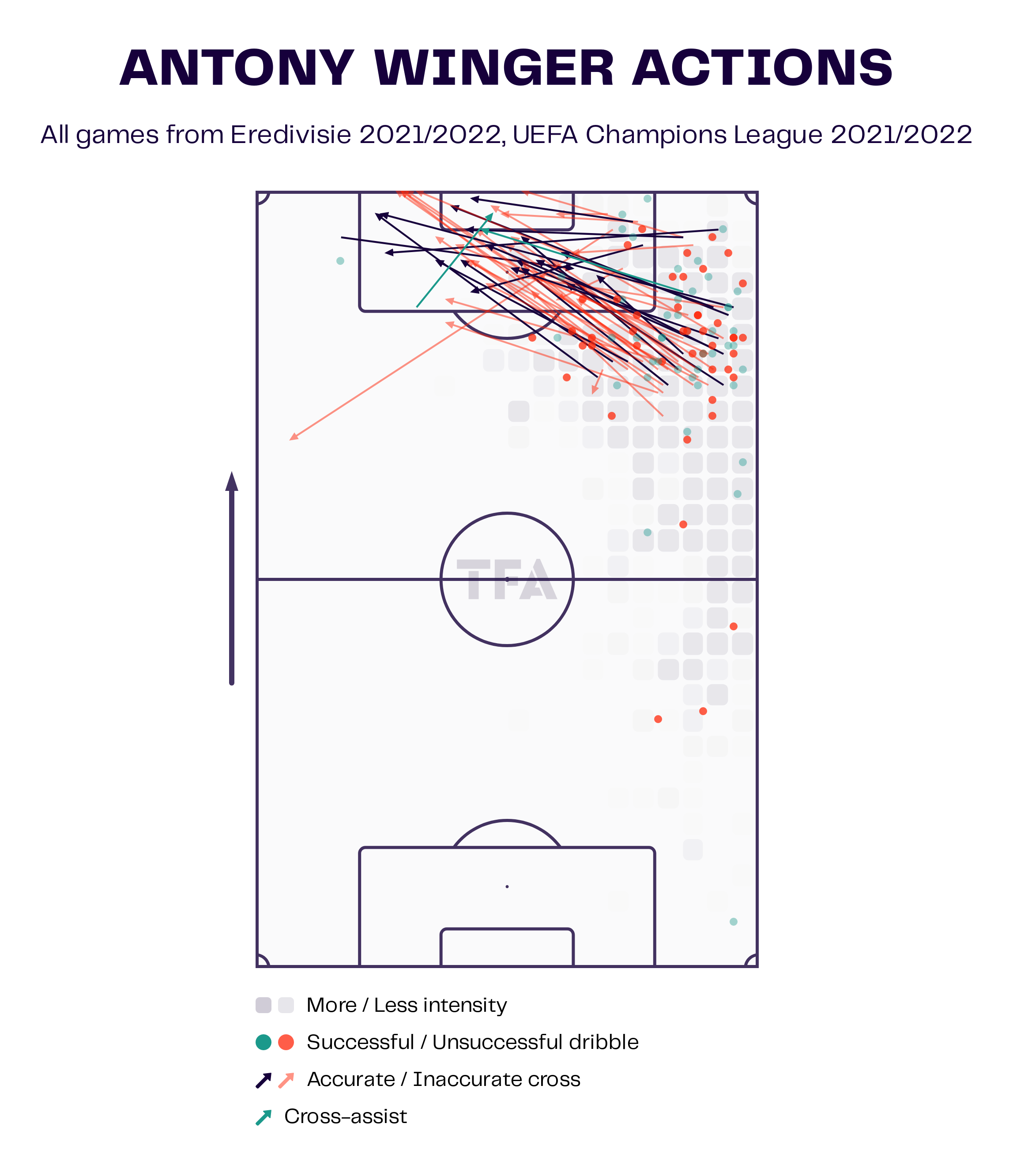 Antony is known for stretching the opposition’s defence with his skills and has the ability to deliver some dangerous passes into the penalty box. He averages 29.45 passes per 90 minutes, with a 76.4% passing accuracy rate. One of the areas where he has struggled in the past is with his crossing. Last season, the crossing accuracy rate was 35%, and this season, all four crosses failed to find a target inside the box. 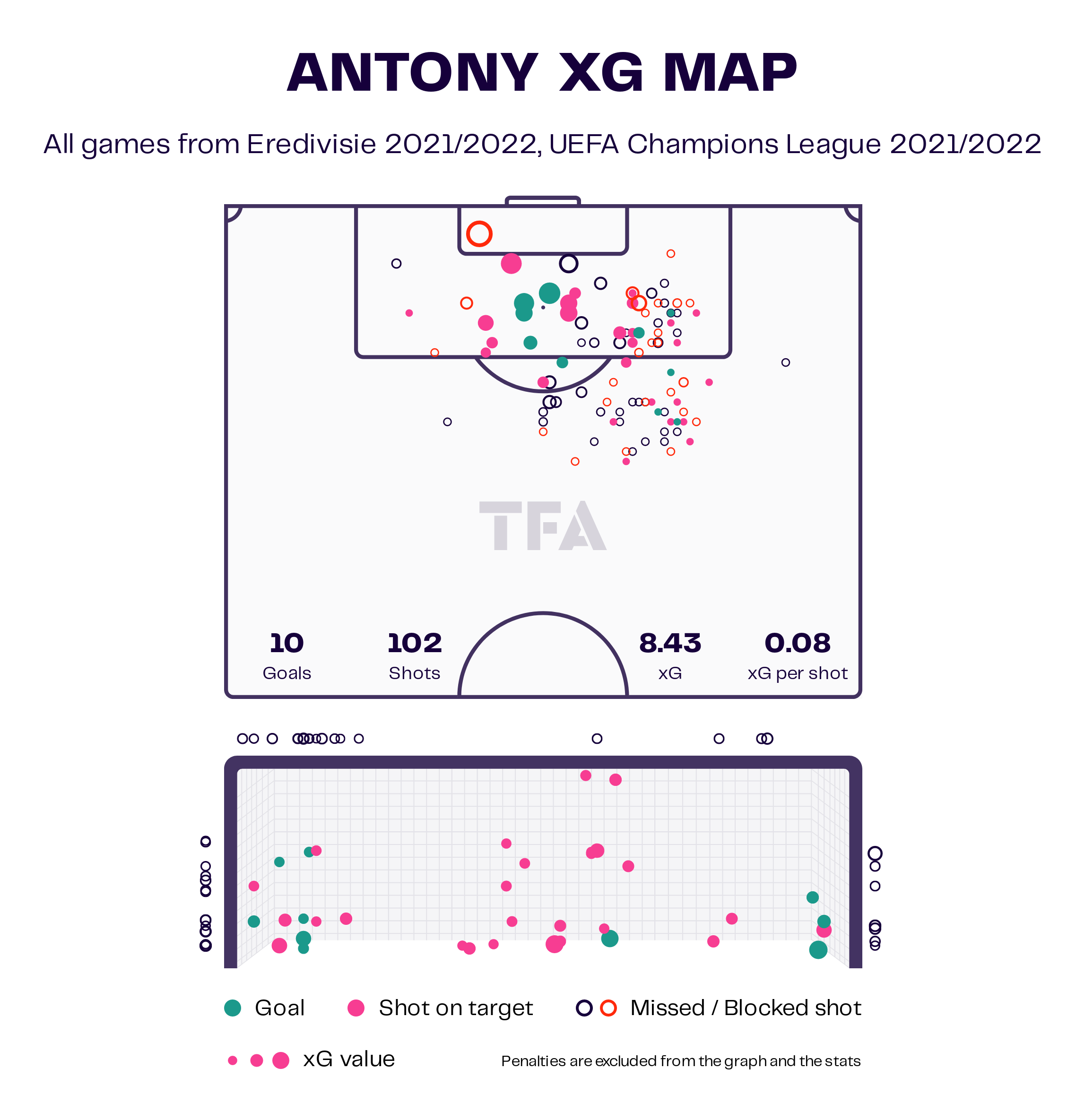 Antony has the ability to trouble the goalkeeper. Last season, he attempted 3.76 shots per 90 minutes. The shot accuracy rate was 35.3%. One of the areas in which Antony struggled last season was attempting shots from outside the penalty box. Most of the shots were off target as he tried to bend the ball into the left top corner. He capitalised three times on such opportunities and will try to be more productive this season. 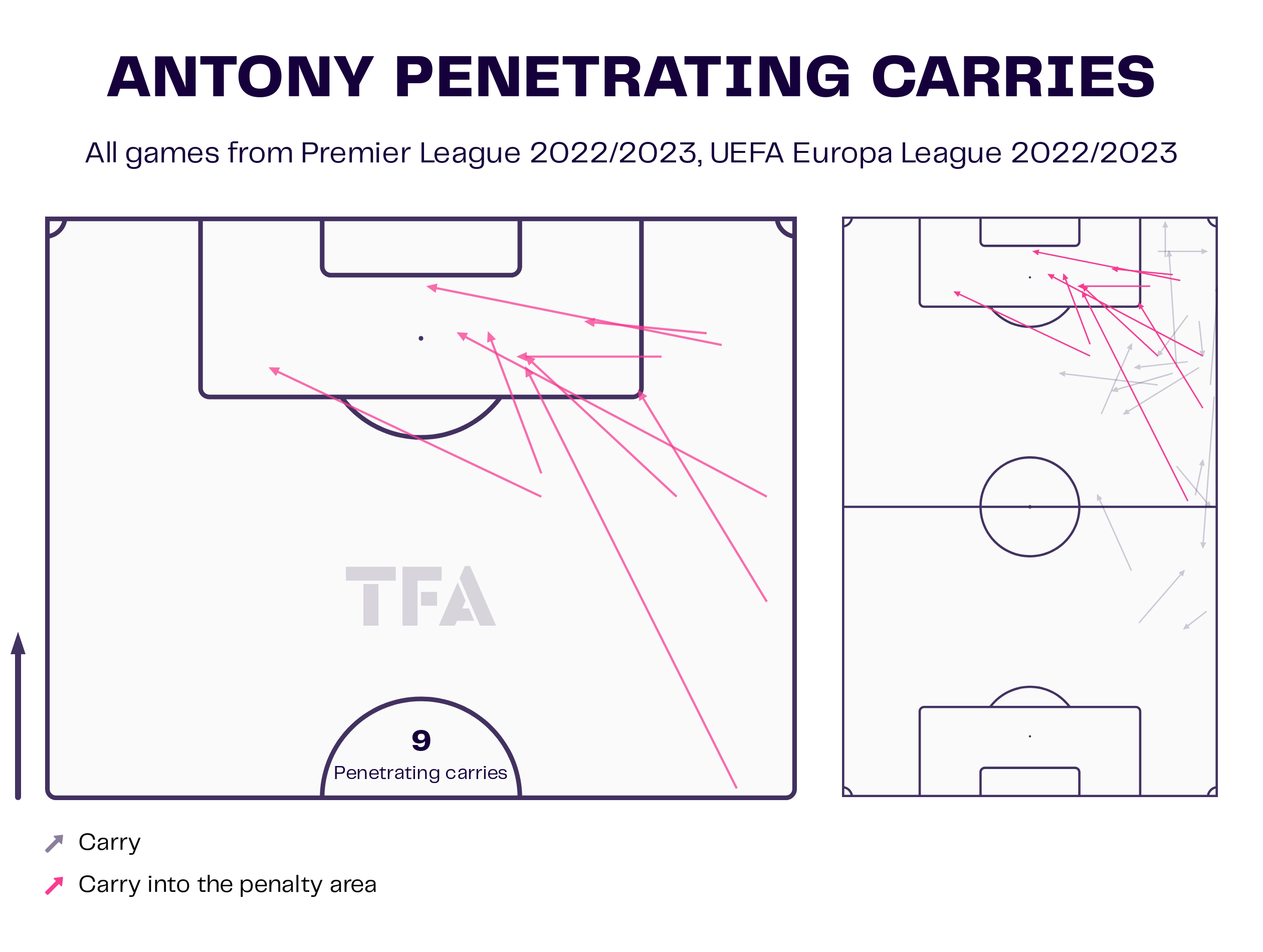 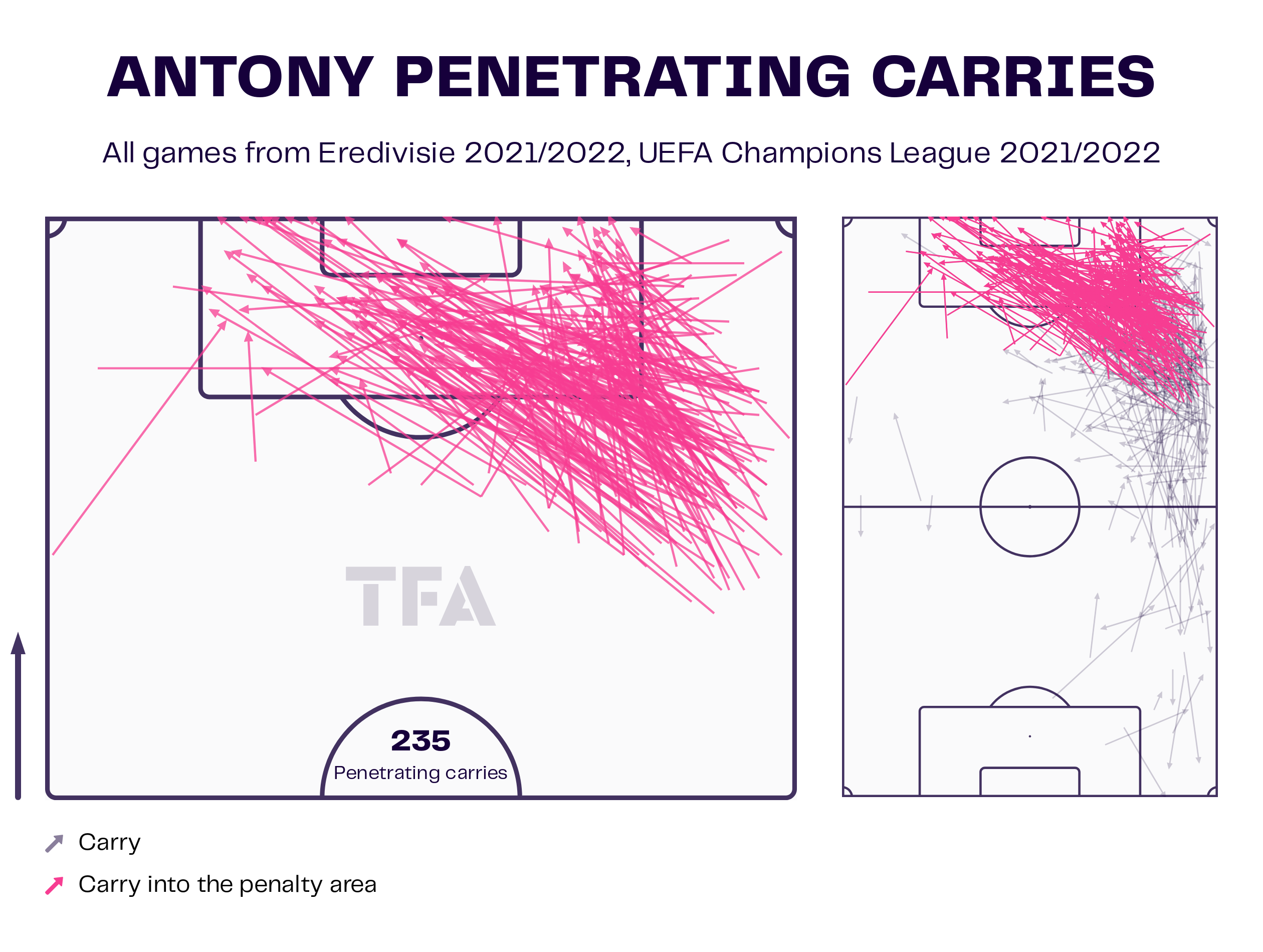 Last season, he averaged 8.21 dribbles and had a 55.2% success rate. The Brazilian penetrated the box 235 times, which is a positive indicator for the next games. These penetrations can allow him to deliver crosses from inside the penalty box.

Manchester United’s new right winger is starting to settle into the squad. He is starting to adjust to the pace of the English Premier League. Antony is a young talent and could achieve new heights with the club. The manager is likely to start him in most of the games this season.

“Man Utd is the prize for Ighalo’s hard work” – Patrick...