Manchester United had a disappointing season this time around. The Red Devils were eliminated from the UEFA Champions League after a defeat against Atletico Madrid in the Round-of-16 tie and are likely to qualify for the UEFA Europa League next season. They have signed Erik ten Hag as their new manager and are also looking for players who could strengthen their squad and change their fortunes next season. One of the players who has emerged as a recent target is Villareal defender Pau Torres. The centre-back played a crucial role in his side’s run to the semi-final stage of the elite competition and has played the Red Devils twice in the group stage of the competition. His outstanding performances in recent seasons have earned him a spot in the Spanish squad. 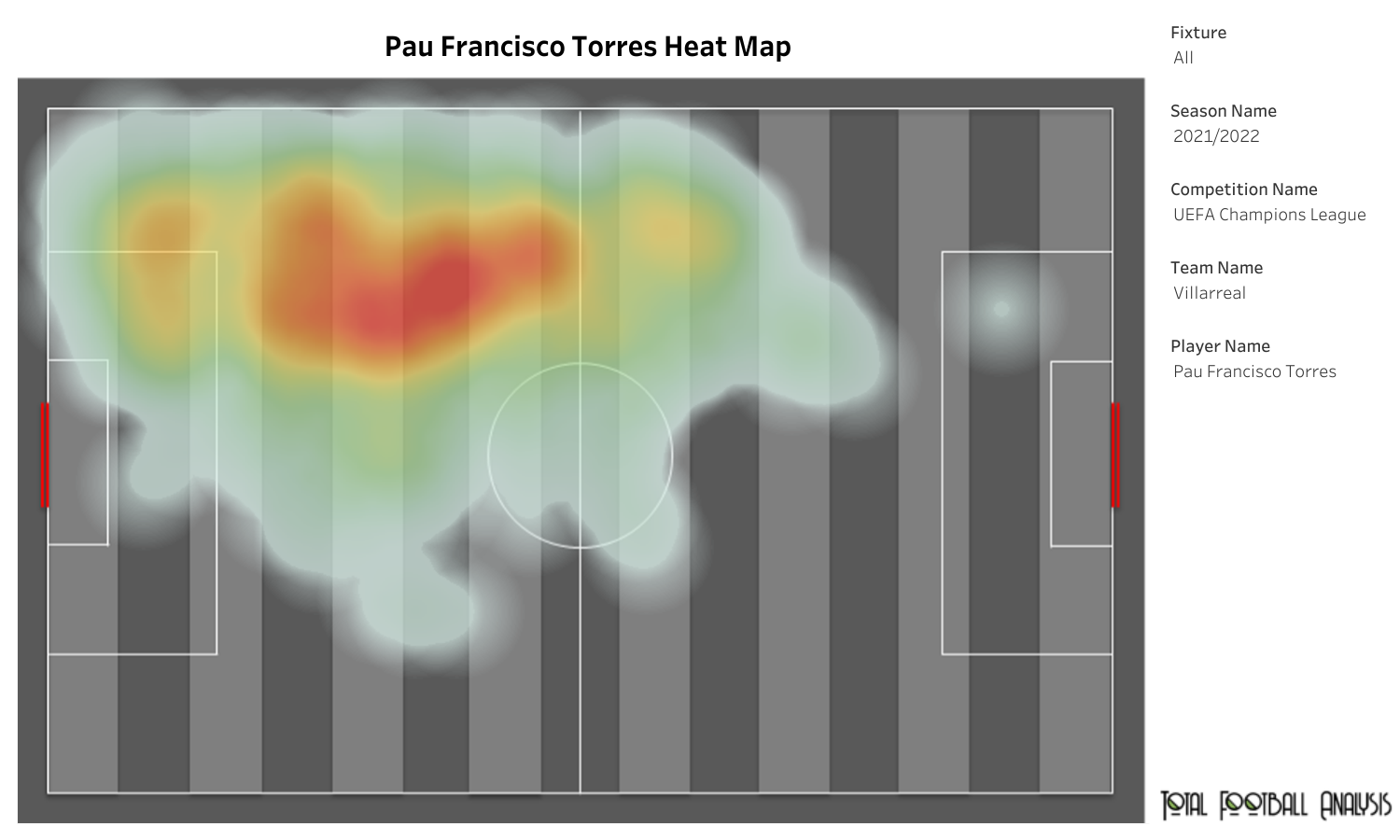 Pau Torres has featured as a left centre-back for his side. The 25-year-old centre-back featured in every UEFA Champions League match for his side and scored a crucial goal against Juventus in their last-16 tie. He likes to go further up the pitch and is involved in building the attack for his team. The centre-back attempted 500 passes in total, and these included 75 long passes, four through passes and a smart pass. He also took six touches inside the opposition’s half while going forward on corners. Overall, he attempted four shots and managed to hit the target once. 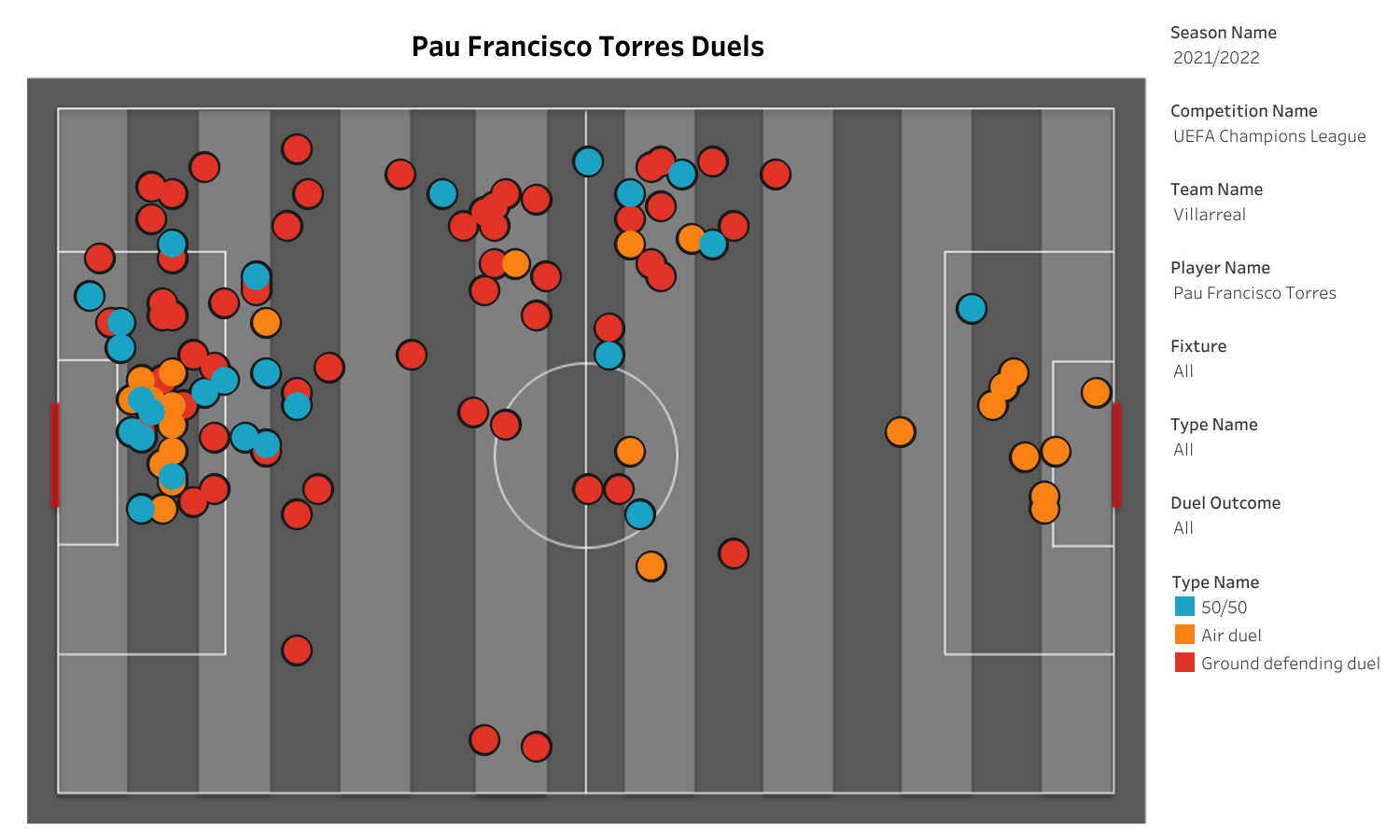 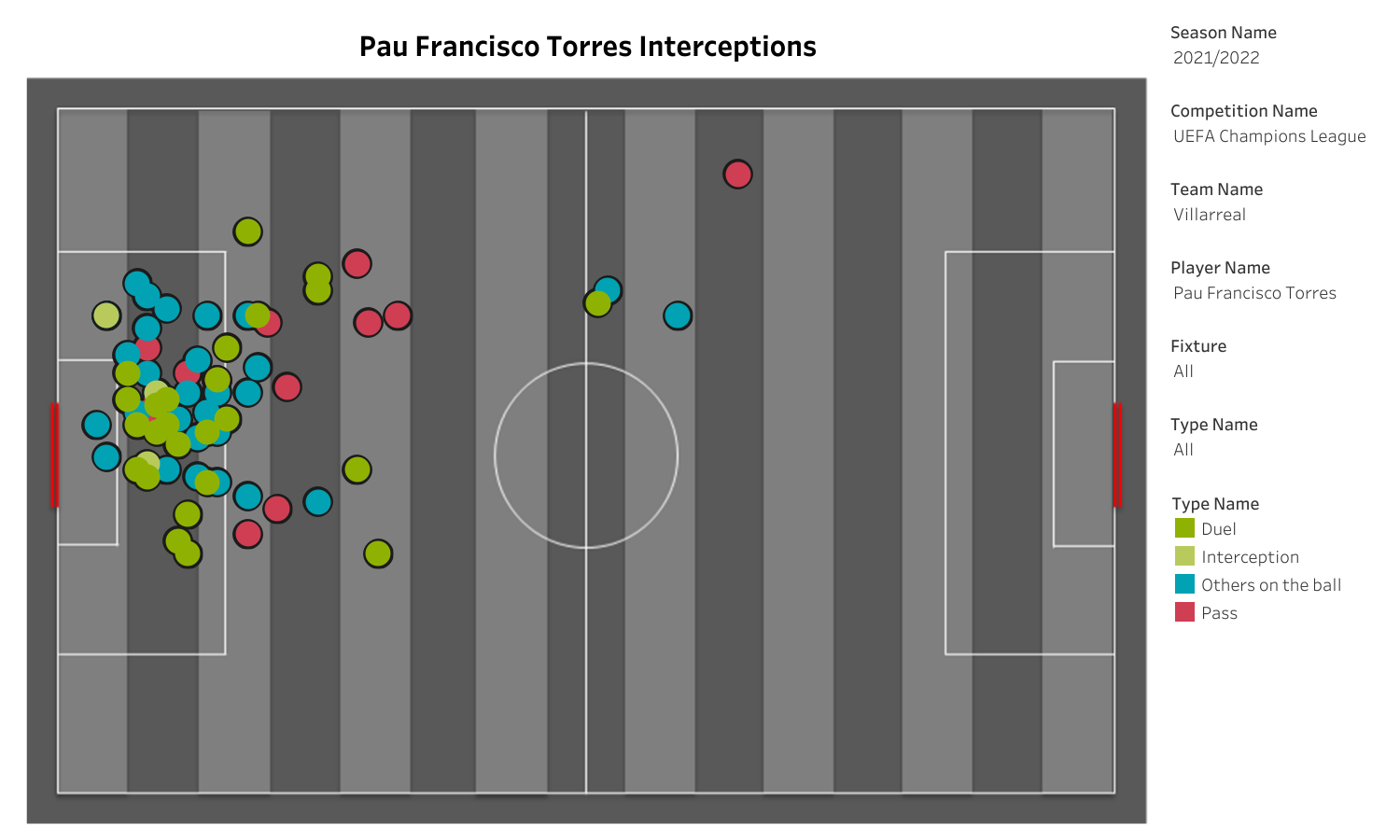 Pau Torres made 71 crucial interceptions for the Yellow Submarines this season. The defender only made four interceptions inside the opposition’s half, and the rest were made inside his team’s penalty box or just outside of it. The above viz shows that most of the interceptions have been made when other players are on the ball and are followed by contesting duels. The 25-year-old made 79 crucial recoveries for his side, and 13 were made inside the opposition’s half.

The Spanish international is linked with a move to the top European clubs. He has a release clause of £51m, and the Red Devils could exchange a player as a part of the deal to reduce the amount. They need to strengthen their defence by adding new names. Pau Torres has gained a lot of experience and is a regular starter at the international level. Manchester United will look to add the player to their ranks and stabilize their defence.