Manchester United will travel to the Amex Stadium and look for back-to-back wins when they face Brighton & Hove Albion in the English Premier League. Both teams have won their last game by a scoreline of 3-0 and will be high on confidence. The visitors are likely to qualify for the UEFA Europa League next season, and a win in this match will almost certainly confirm their qualification. Brighton, on the other hand, will look for a top-ten finish in the league this season. The last meeting between the two teams ended in a 2-0 victory for the Red Devils. 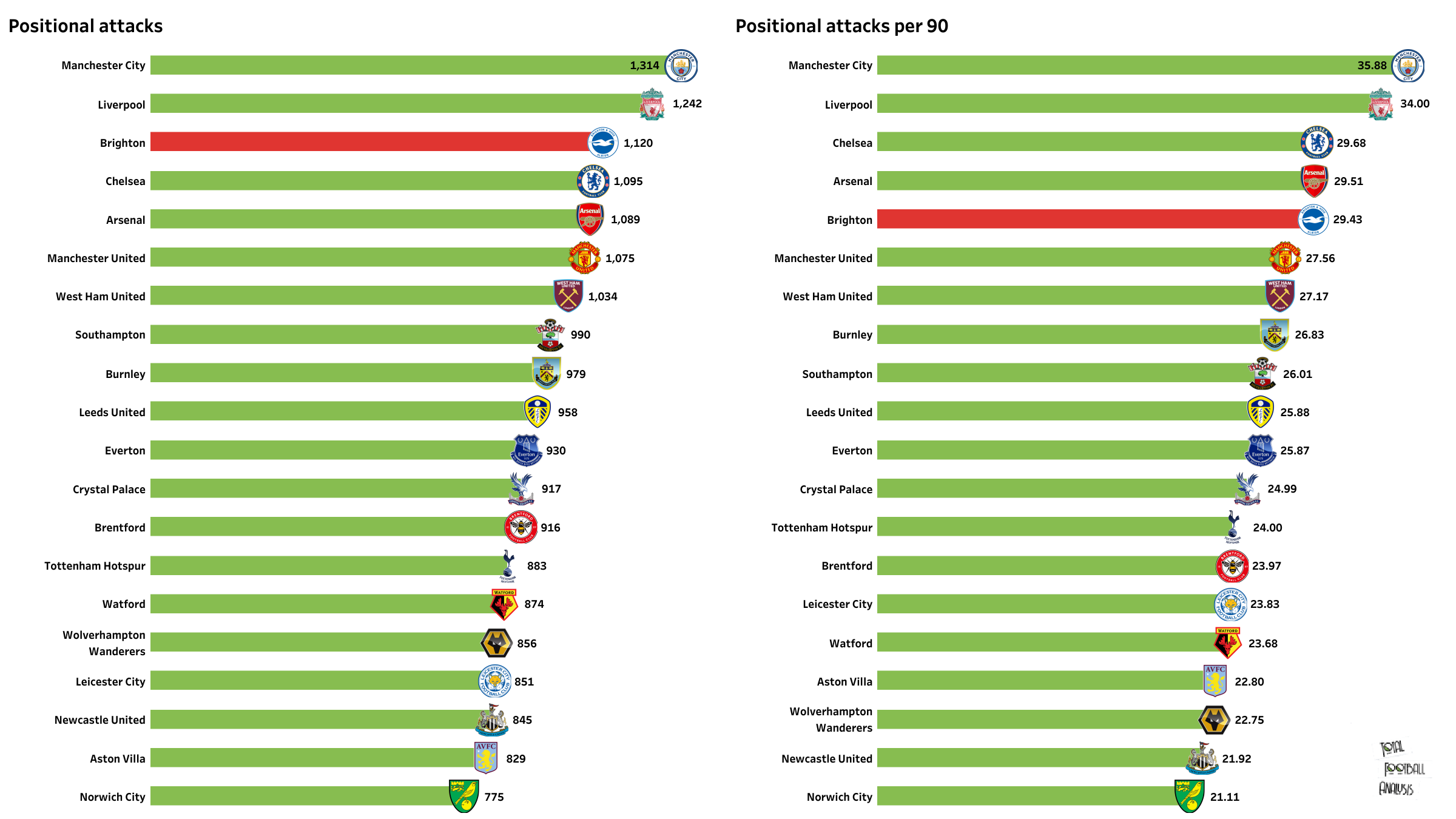 Brighton have played 35 games and won 10, drawn 14 and lost 11 games this season. The Seagulls have had very poor home form this season. They have played 17 games at home and have collected only 16 points. These 17 games include three wins, seven losses, and seven draws. Graham Potter’s men have managed to score 34 goals with an xG rate of 47.74 and conceded 42 goals with an xGA rate of 44.84. The above viz shows that Brighton have created a lot of positional attacks this season. They are only behind the top two teams on the chart. 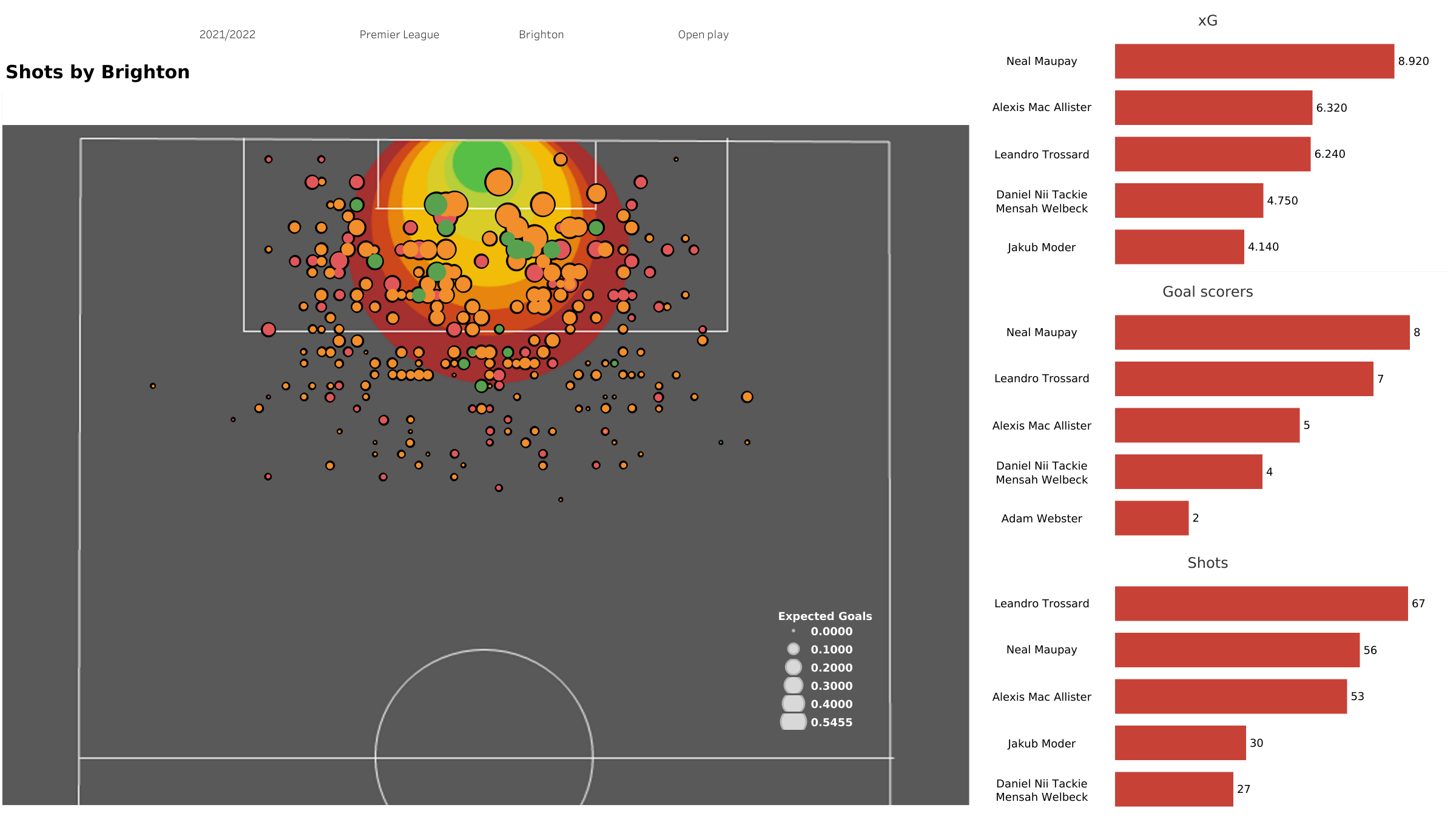 The home team has attempted 419 shots this season and has managed to hit the target 134 times. Of these 419 shots, only 219 have been attempted from inside the opposition’s penalty box, with 85 of them on target. They average 11 shots per 90 minutes and only six from inside the penalty box per 90 minutes. The above viz shows all the shots attempted from open play by the Seagulls. It can be observed that Brighton have scored a few goals from open play this season. They have scored only one goal from inside the opposition’s 6-yard box.

Enock Mwepu injured his groin in the last game and could miss this one. Adam Lallana or Pascal Gross could come in his place. Jakub Moder and Jeremy Sarmiento also remain doubtful for this game.

Manchester United have won 16, drawn ten, and lost ten games this season. They have played 17 games away from home and won six, along with five draws and six losses. The Red Devils have found the back of the net 57 times and conceded 52 goals in return. They have an xG rate of 52.52 and an xGA rate of 54.99. Manchester United have created 1,075 positional attacks per 90 minutes and average two positional attacks fewer than Brighton per 90 minutes. 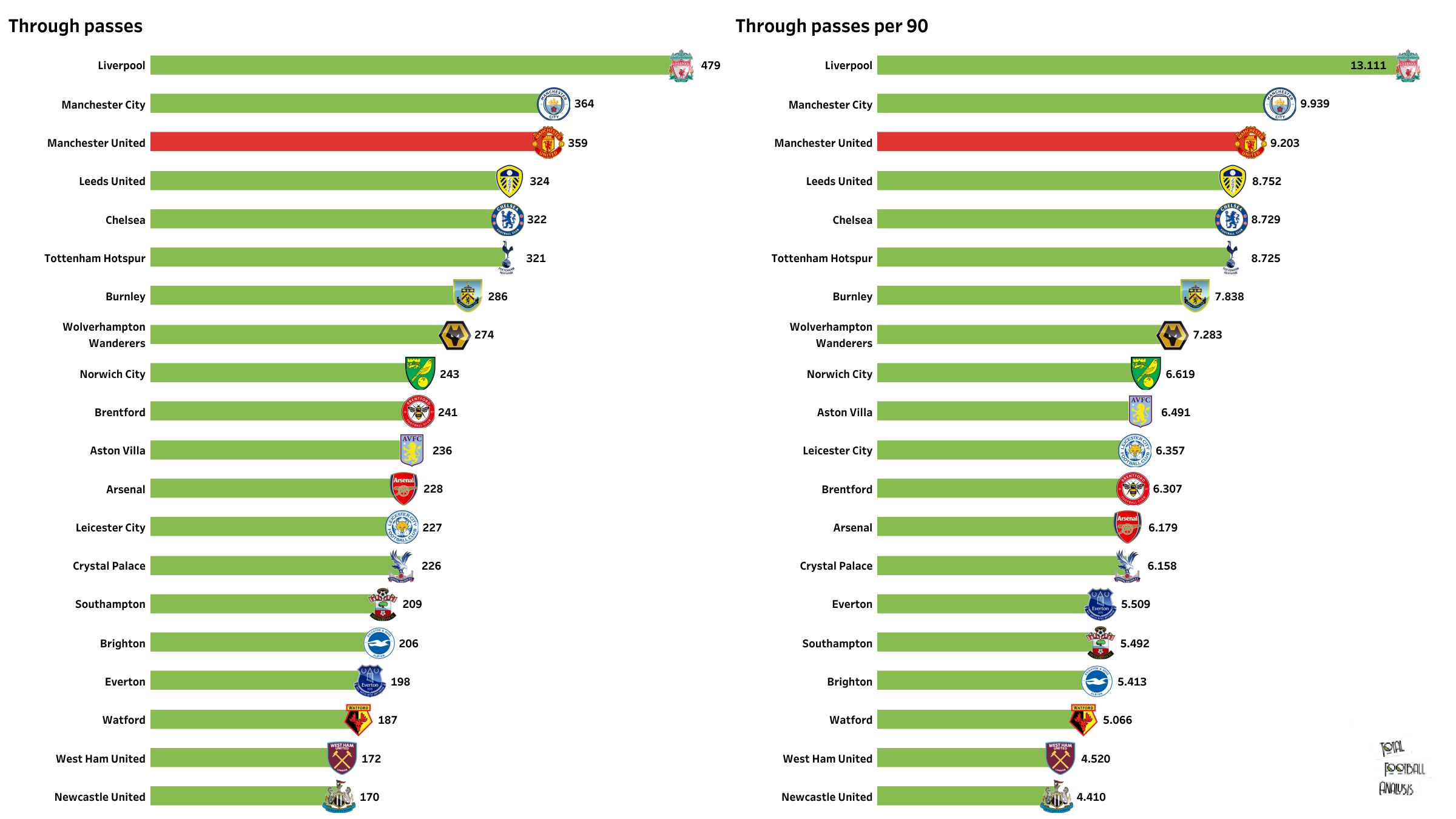 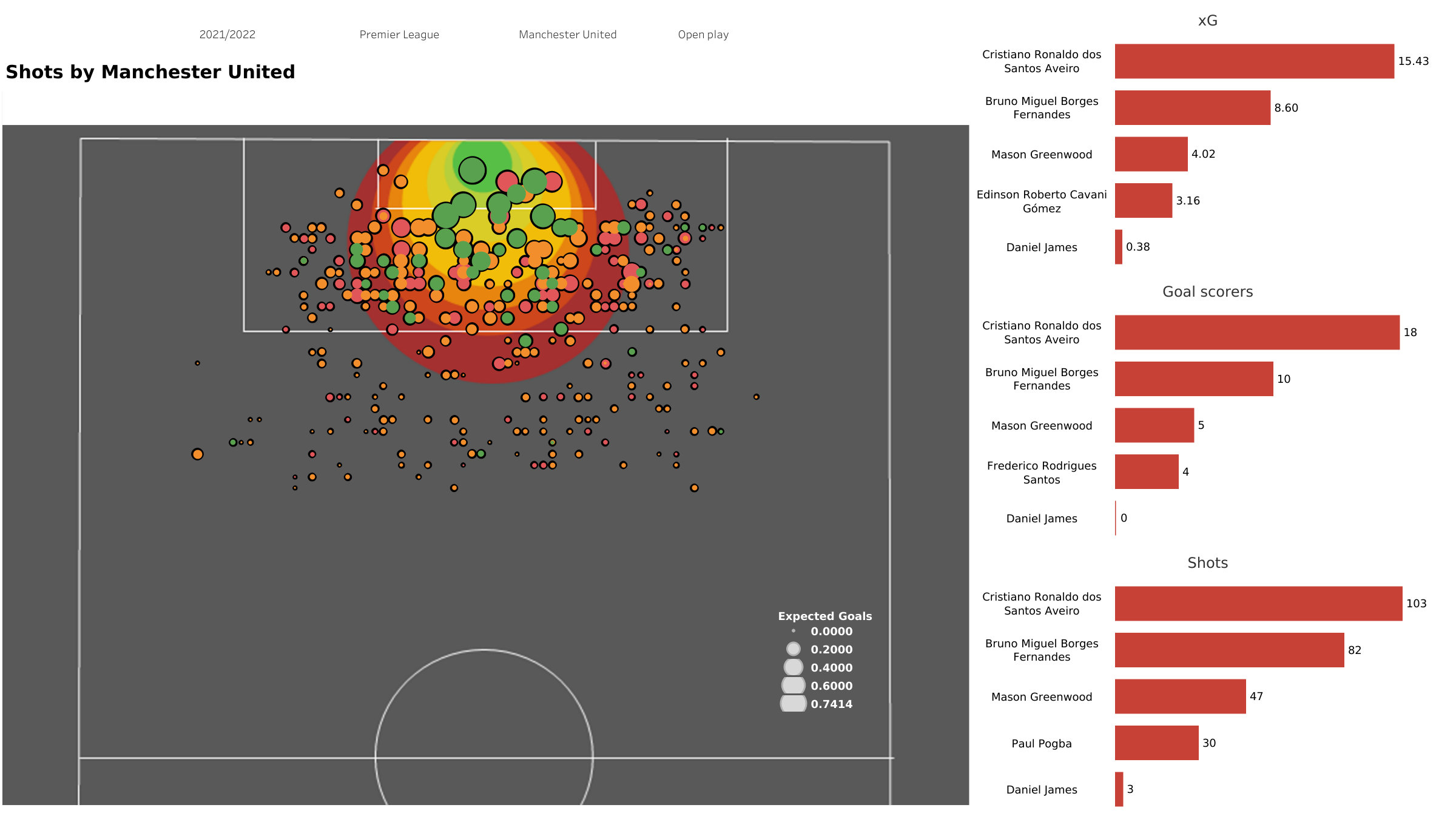 The Red Devils have attempted 466 shots this season and have managed to hit the target 169 times. A total of 282 shots have been attempted from inside the opposition’s penalty box, with 120 of them being on target. The above viz shows that Manchester United have scored a lot of goals from open play. They have delivered crucial passes into the opposition’s penalty box and scored goals.

Harry Maguire and Jadon Sancho could miss the rest of the season with injuries. Juan Mata could once again start after an impressive performance against Brentford in the last match. Phil Jones could also come into the starting XI after getting some minutes in the last game.