Manchester United will travel to Selhurst Park and will take on Crystal Palace in the final gameweek of the English Premier League. The Reds are sixth in the league table and need a win to qualify for the UEFA Europa League. Crystal Palace, on the other hand, had a decent first season under Partick Viera. They are ten points clear of the relegation zone. The last meeting between the two teams ended 1-0 in favour of Manchester United. 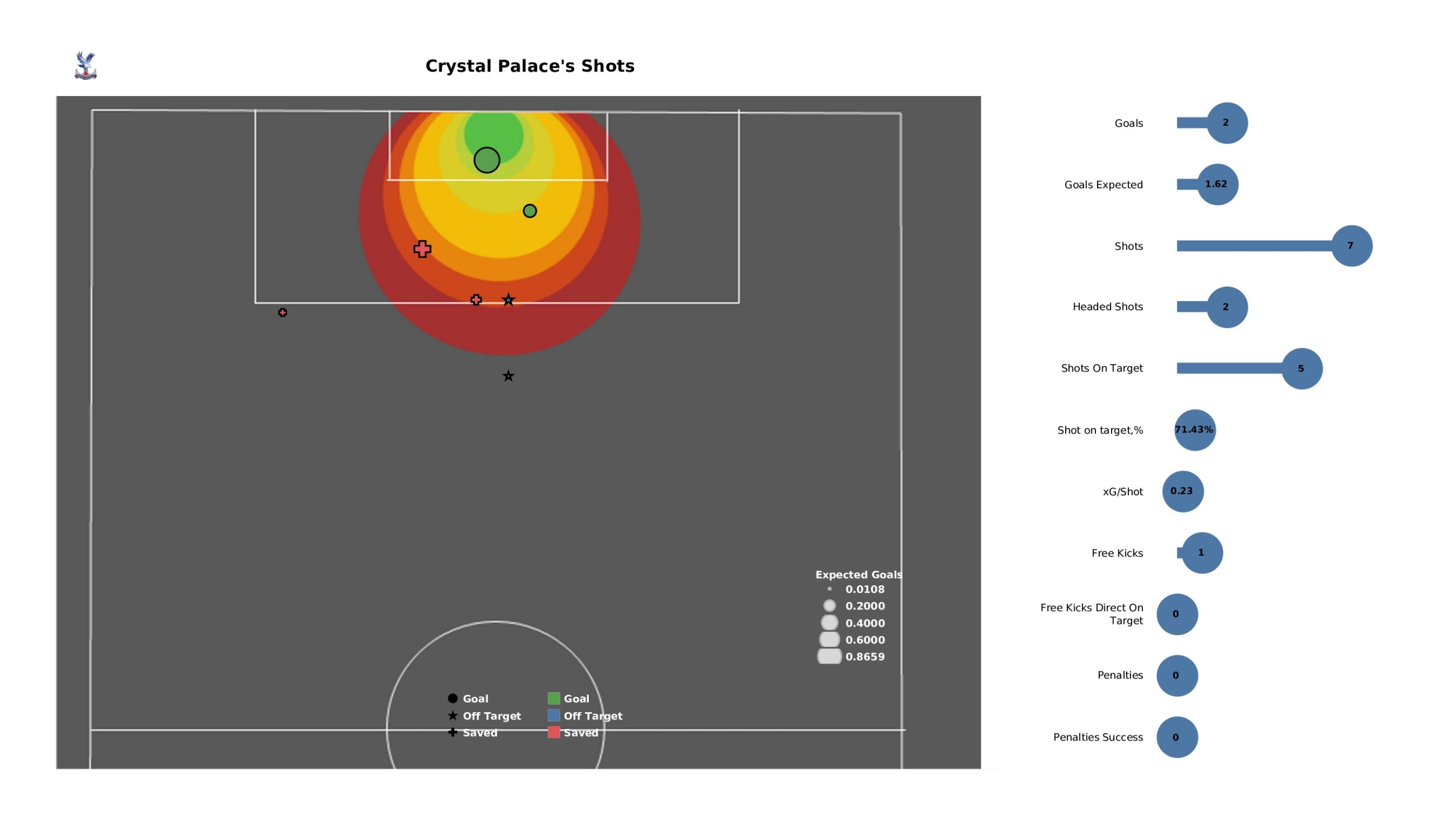 The Eagles had a disappointing midweek after they were handed their 12th defeat of the season against Everton. Crystal Palace led the match 2-0 at halftime, but Everton scored three goals in the second half to ensure their safety, and Palace suffered their first defeat after a four-match unbeaten run. Crystal Palace have scored 49 goals and conceded 46. They have an xG rate of 48.46 and an xGA rate of 47.91. In their last match, Patrick Viera’s men dominated the ball possession. They had 59% of the ball and created 28 positional attacks. Crystal Palace attempted seven shots, and five of them were on target. Both goals were scored from inside the opposition’s penalty box. 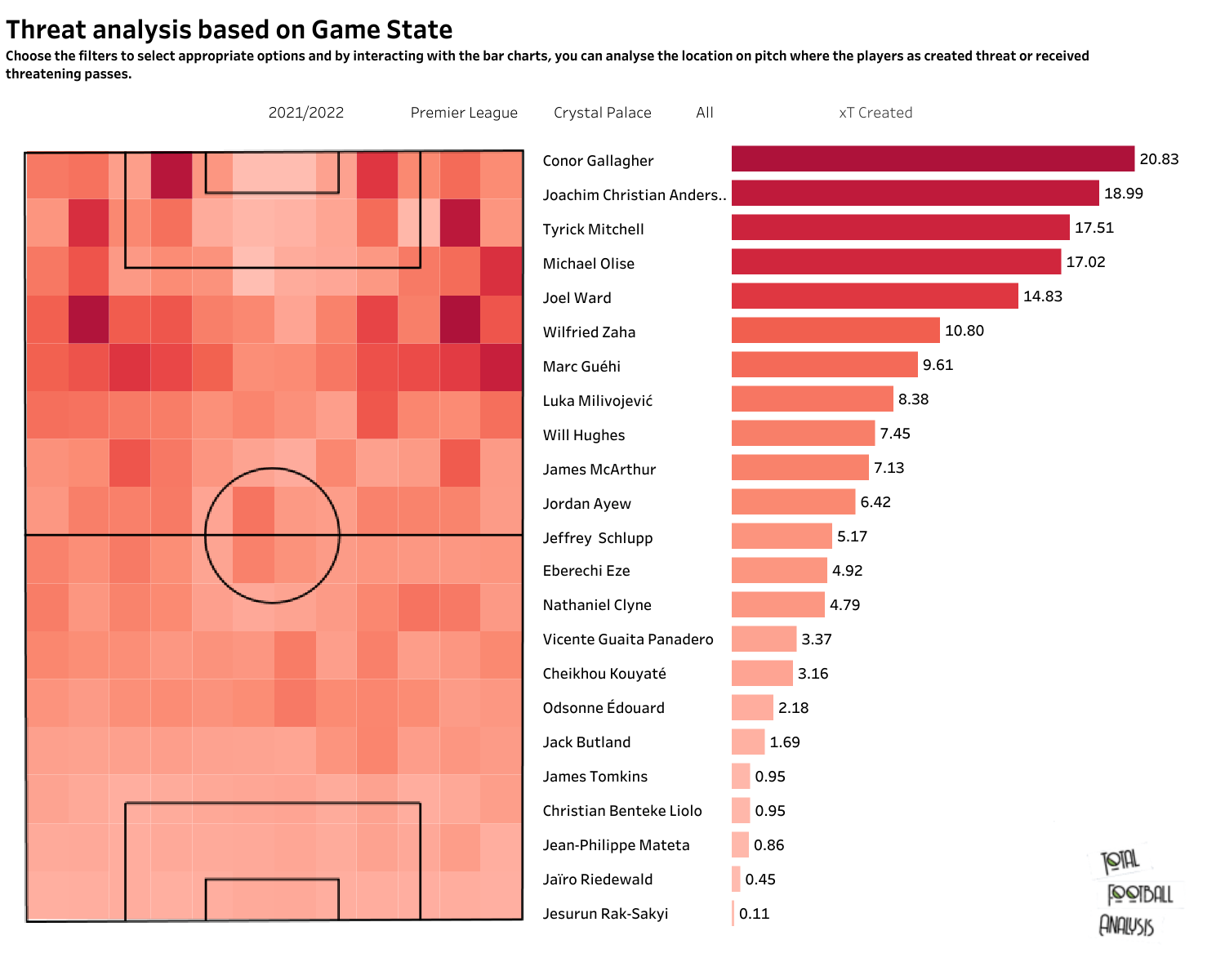 The above viz shows the threat creation zones for Crystal Palace. They have created more threats from the right side. It can also be noticed that Palace have tried to penetrate the opposition box from the left side. Connor Gallagher has been their best player, and he has created the highest threats.

Crystal Palace have a few absentees in their team. Patrick Viera will be without Marc Guehi, Nathan Ferguson and Michael Olise. James McArthur and James Tomkins also remain doubtful for this match. This means that Cheikhou Kouyate could start in defence. Conor Gallagher started on the bench in the last game and will start alongside Luka Milivojevic. 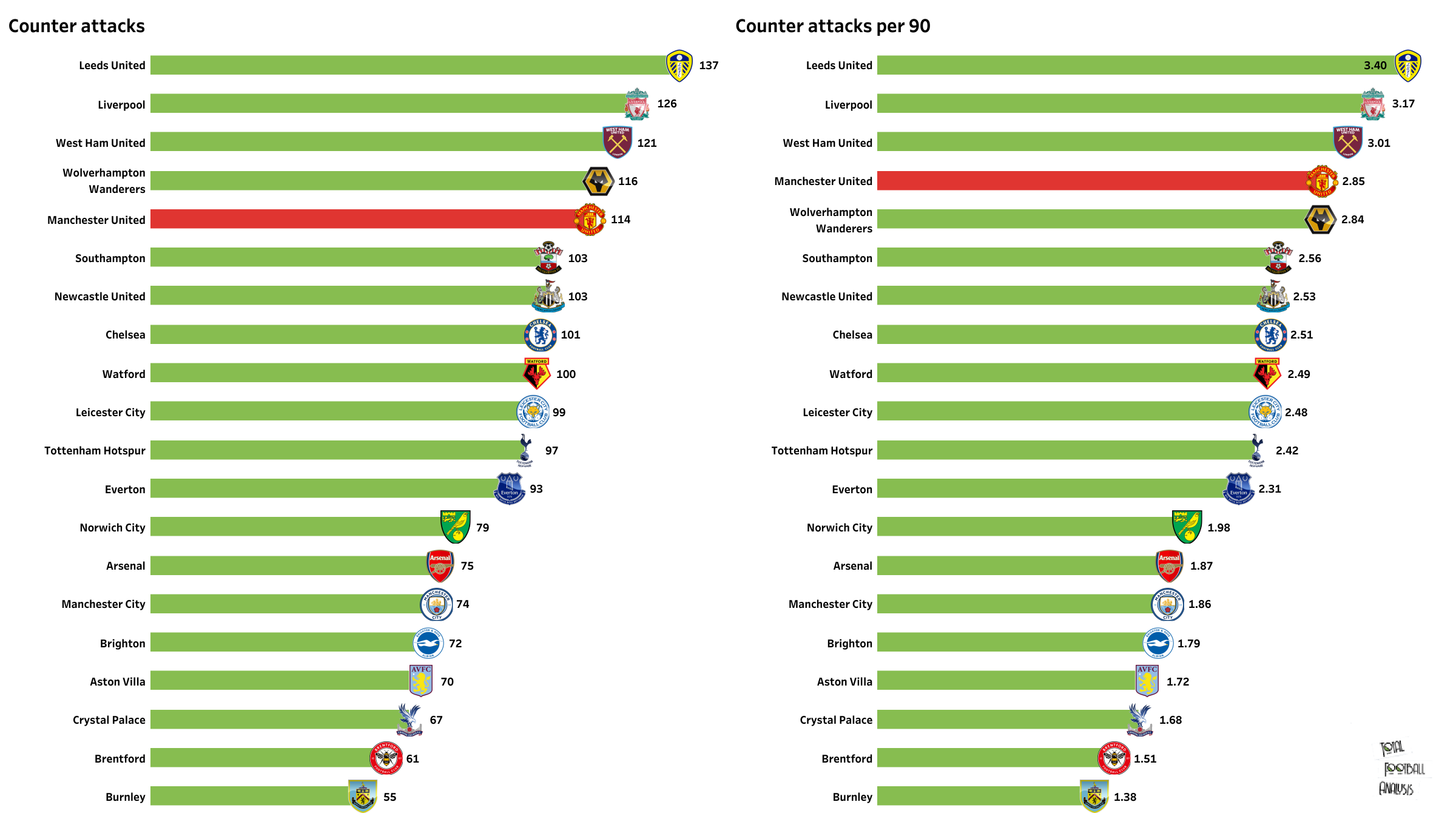 Manchester United suffered a heavy 0-4 defeat against Brighton & Hove Albion in the last round. This was their 11th defeat of the season, and they have won 16, and drawn the remaining ten matches. Manchester United are on a poor run of form lately, with three defeats in the last five matches. Ralf Rangnick’s men have found the back of the net 57 times, with an xG rate of 53.32. In return, they have conceded 56 goals with an xGA rate of 56.99. The Red Devils have relied on counterattacks and average around three counterattacks per match. 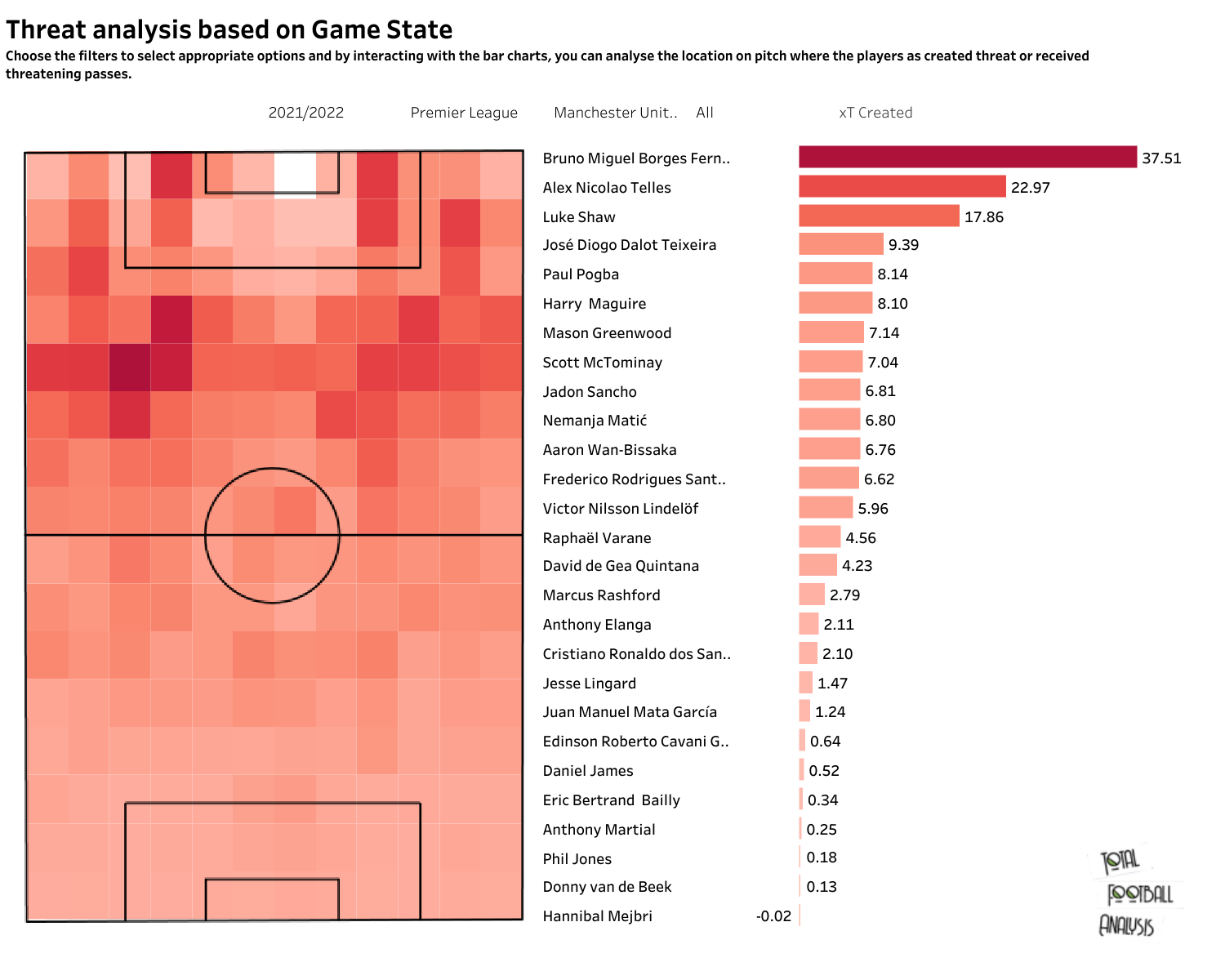 Manchester United have also created more threats from the wider sides. However, they have tried to cut inside and tried to deliver passes into the middle. Bruno Fernandes has been their main man, and the attacking midfielder has created the biggest threats. Both left-backs follow him on the list.

Manchester United players had a long resting week but have a few injury concerns in their camp. Jadon Sancho, Phil Jones, Eric Bailly, and Paul Pogba are out. Luke Shaw could also miss the match for personal reasons.

The visitors need a win to guarantee qualification for the UEFA Europa League. They have dropped points recently and cannot afford to do so in the final match of the English Premier League 2021/22 season. Crystal Palace, on the other hand, will look to end this season on a high with a win. Manchester United players have rested for two weeks and will look to take advantage of their situation.

Under the microscope: Can Jadon Sancho revive his United and England...