Manchester United welcome their biggest rivals, Liverpool, to Old Trafford in the last fixture of Round Three of the English Premier League 2022/23 season. Both teams are winless in their opening two fixtures, with Manchester United suffering two defeats and Liverpool ending both matches with one point each. This is an all-important fixture for two of the biggest clubs in England.

Manchester United suffered a humiliating 0-4 defeat against Brentford last week. The Red Devils have found the back of the net once, and that was an own goal against Brighton. Erik ten Hag’s men have an average xG rate of 0.94 and are struggling to trouble the opposition.

Liverpool have started the season with two draws, which is not what Klopp would have hoped for. They have scored three goals with an average xG rate of 1.85.

Let us look at three tactical points that will tell us more about the performances of these two teams. 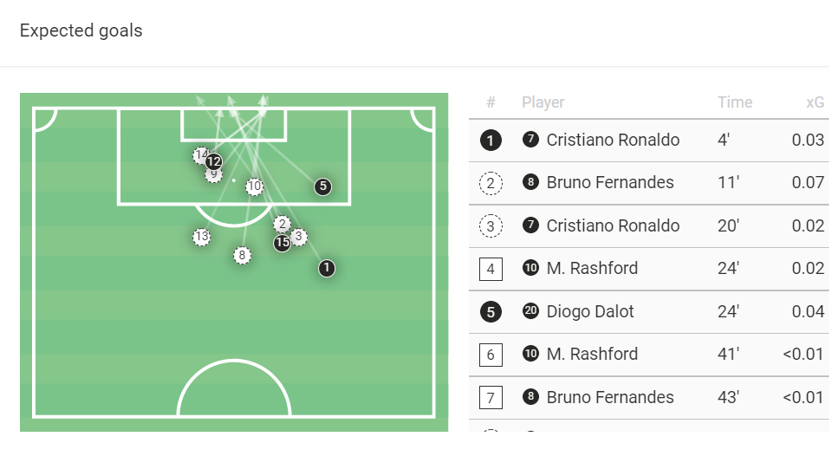 So far this season, Manchester United players have failed to score a goal. Their only registered goal this season was an own goal against Brighton. They average 32.5 positional attacks per game but haven’t created enough threats towards the opposition’s goal. The finishing of the players has let the Red Devils down. Ten Hag’s men attempted 29 shots, with eight on target. In their last game, they attempted only five shots from inside the penalty box and ended the match with a low xG rate of 0.84. The manager will expect his players to be more clinical with their finishing and score more goals. 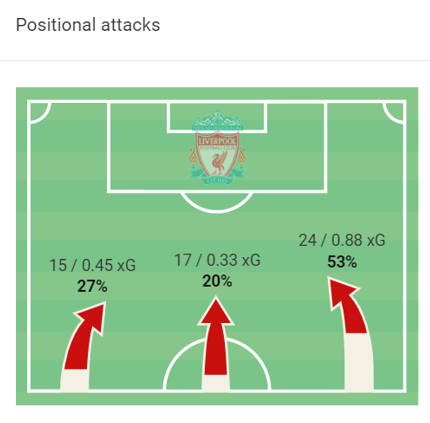 Liverpool play a very aggressive style of football that involves high pressing and a lot of attacks. This season, the Reds average 45 positional attacks per game, with 56 coming in the previous match. It can be observed that Liverpool created more chances from the right side. Mohamed Salah is their most experienced attacker, and he is joined by Trent Alexander-Arnold in the attack. Both these players are creative and can score goals. This will be a concern for the Red Devils. The main struggle for Liverpool this season is their shooting accuracy. Jurgen Klopp’s men have attempted 32 shots but only seven have been on target. The Liverpool manager will look to resolve this issue and expect his team to be more clinical with their finishing.

These two rival teams had to make a lot of recoveries in their first two matches. Liverpool averaged 118 recoveries per match, whereas Manchester United averaged 85 recoveries. 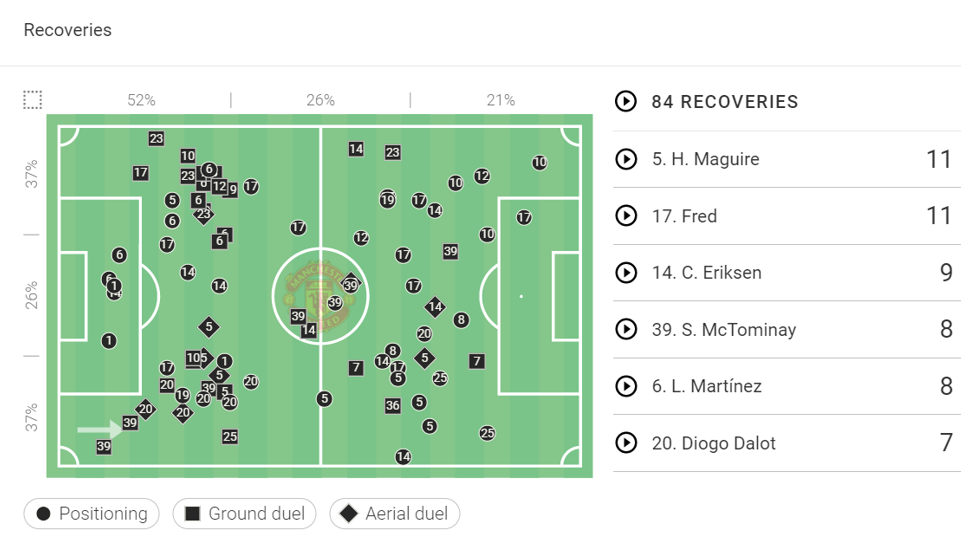 The Red Devils have made 79 recoveries in the defensive third, 47 in the middle third, and 33 in the final third. The above viz shows all the recoveries made in the last match. Most of the recoveries were made on the flanks in the defensive half. Manchester United midfielders have made a few contributions by making crucial recoveries in the middle third. They will once again look to get the ball back from Liverpool as soon as possible and give them less time to play with it. 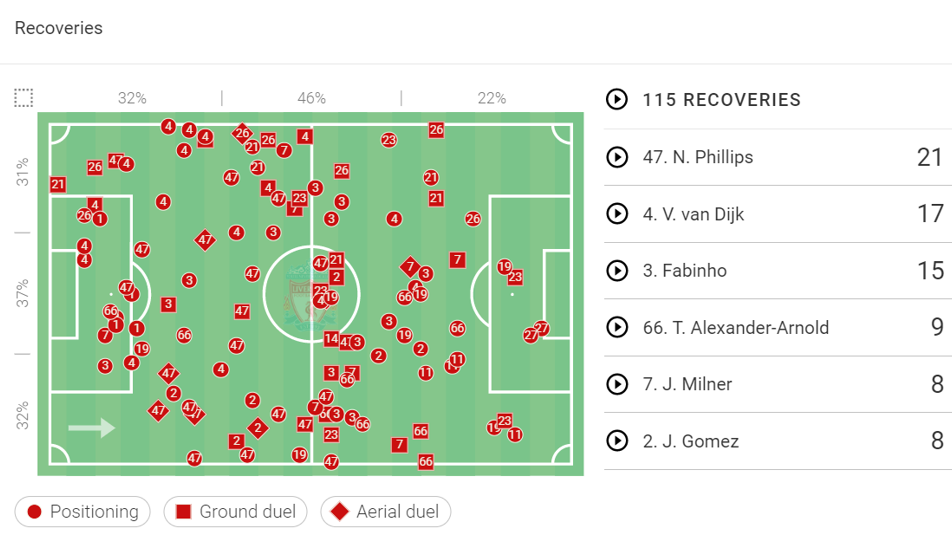 Liverpool have a better recovery rate and made 115 recoveries in the last game. They have made 91 recoveries in the defensive third, 97 in the middle third, and 48 in the attacking third. In the last match, the Reds recovered a lot of balls inside the opposition’s half. They play a high attacking line and will look to trouble Manchester United players with their high pressing rate.

Team selection is the biggest concern for Erik ten Hag. Most of his players have underperformed, and this has given the manager a headache. Tyrell Malacia could make his first start of the season after looking lively in his short cameo in the last match. Anthony Martial is out injured, and this means that Cristiano Ronaldo will once again lead the line. The manager is expected to make more than one change to the starting XI.

Darwin Núñez’s red card has given Jurgen Klopp a lot of headaches. He is short of attacking options, with Jota also on the treatment table. However, Roberto Firmino could return to the squad after getting rested in the last match. Joe Gomez could also earn a start in the centre of the defence.

This is a very important fixture for both teams as they aim to earn their first victory of the season. Liverpool are ahead of Manchester United in the league table, but a win for the Red Devils will leave the Reds in misery. This fixture offers a lot of excitement.