Manchester United completed a 3-1 victory over Brentford in the midweek. Anthony Elanga, Mason Greenwood, and Marcus Rashford were on the scoresheet for the Red Devils. This was their fourth win in seven games under Ralf Rangnick. 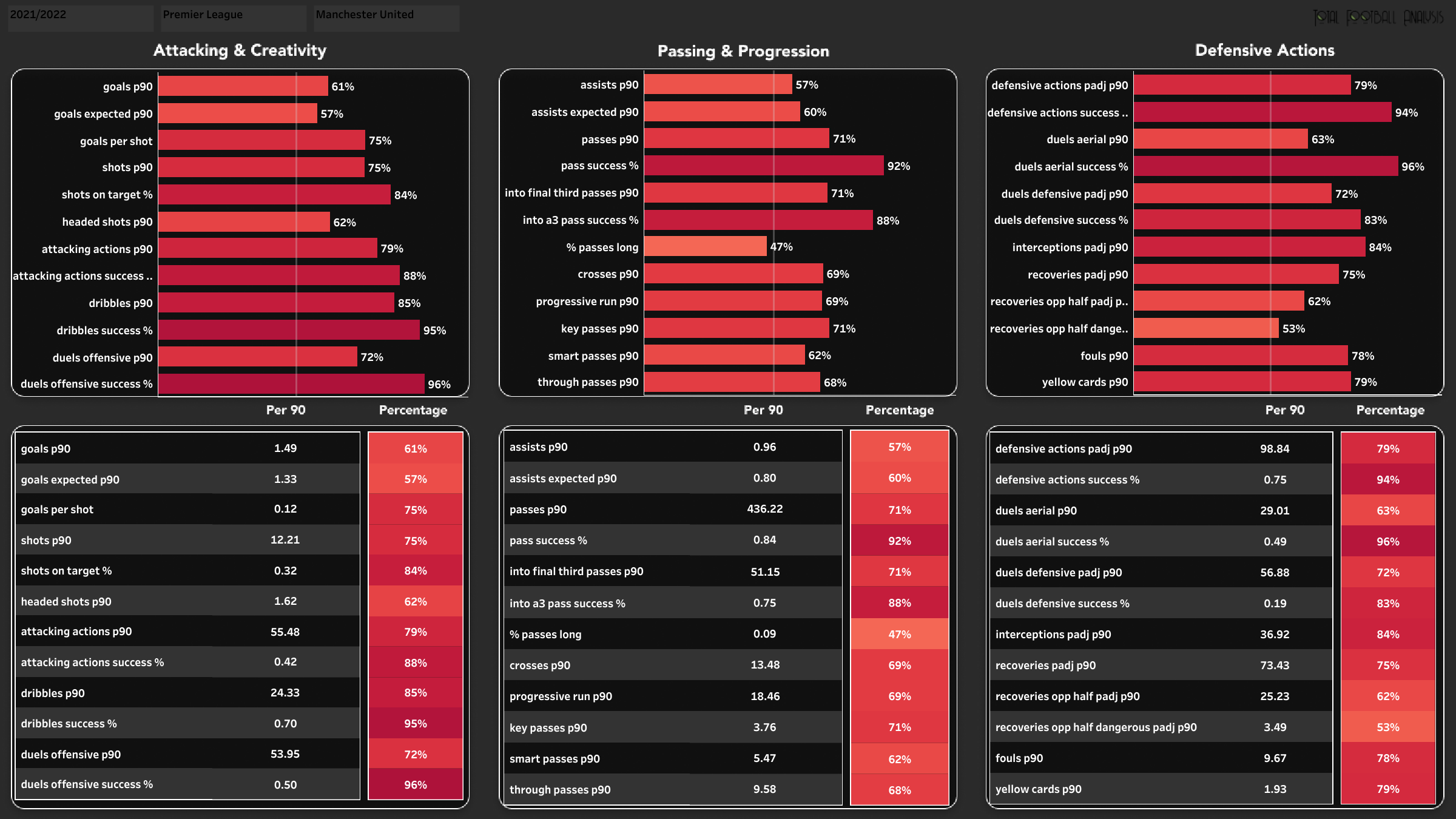 The Red Devils have scored 35 goals in 21 games with an xG rate of 30.35. The team averages more than one goal per 90 minutes. When looking at the above chart, the general rule is that the longer the bar, the better the performance – you can see the league average in the middle, and the % is the percentile rank the player is in.

Manchester United have performed better than the average in every aspect of the field. The players have attempted 279 shots and average more than 12 shots per 90 minutes. A total of 98 shots were on target with a 35% shot accuracy rate. The home team has a better defensive record and has a high win percentage when it comes to defensive duels as well as aerial duels.

Bruno Fernandes provided two assists in the last game and has now taken his tally to five assists. He now has 12 goal contributions this season. Harry Maguire is expected to start in place of Victor Lindelof, who is unavailable after his home was broken during the match against Brentford.

West Ham United suffered their seventh defeat of the season after a Jack Harrison hat-trick cost them three points at the London stadium. The Hammers, however, remain in the fourth position in the Premier League table and have scored the fourth-highest number of goals in the league. 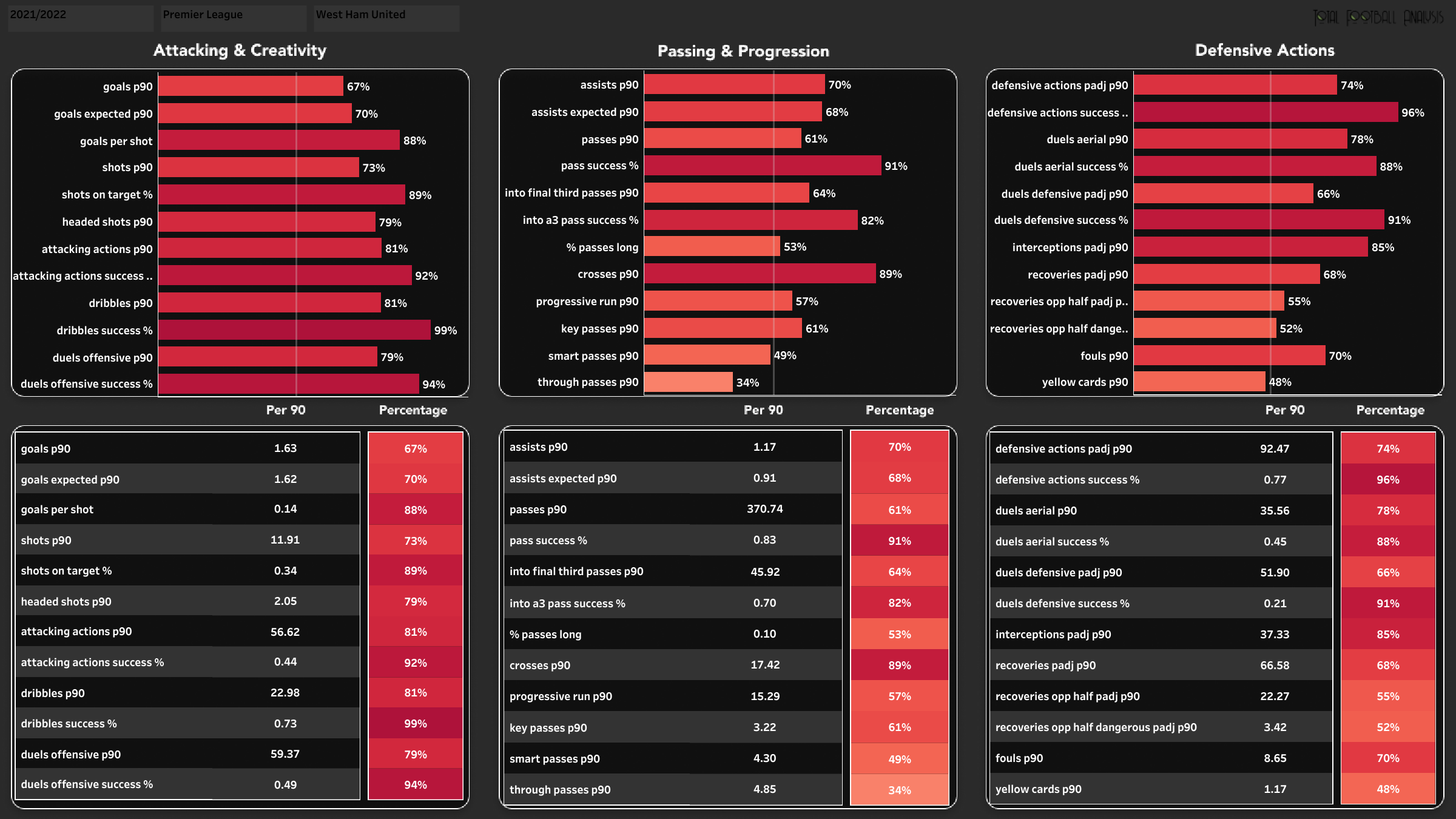 The attacking and creativity charts show that the Hammers have been the better attacking side than their weekend opponent. They have managed to score 41 goals in 22 games, with an average of 1.63 goals per 90 minutes. West Ham players attempted 285 shots and managed to hit the target 102 times, with an xG rate of 38.75. The passing accuracy is on the higher side, along with one of the best defensive action success rates.

Jarrod Bowen scored in the previous game and has taken his goals tally to six. The right forward player also has seven assists to his name. Tomas Soucek recovered from COVID-19 but remains doubtful for this match. There are no fresh injury concerns in the visiting squad.