Manchester City hosts Manchester United in the English Premier League’s second Manchester derby of the season at the Etihad Stadium. The home team lead the league table with 66 points in 27 games and are 19 points clear of their neighbors. Both teams faced each other in November, and City came off as the winners by a scoreline of 2-0. 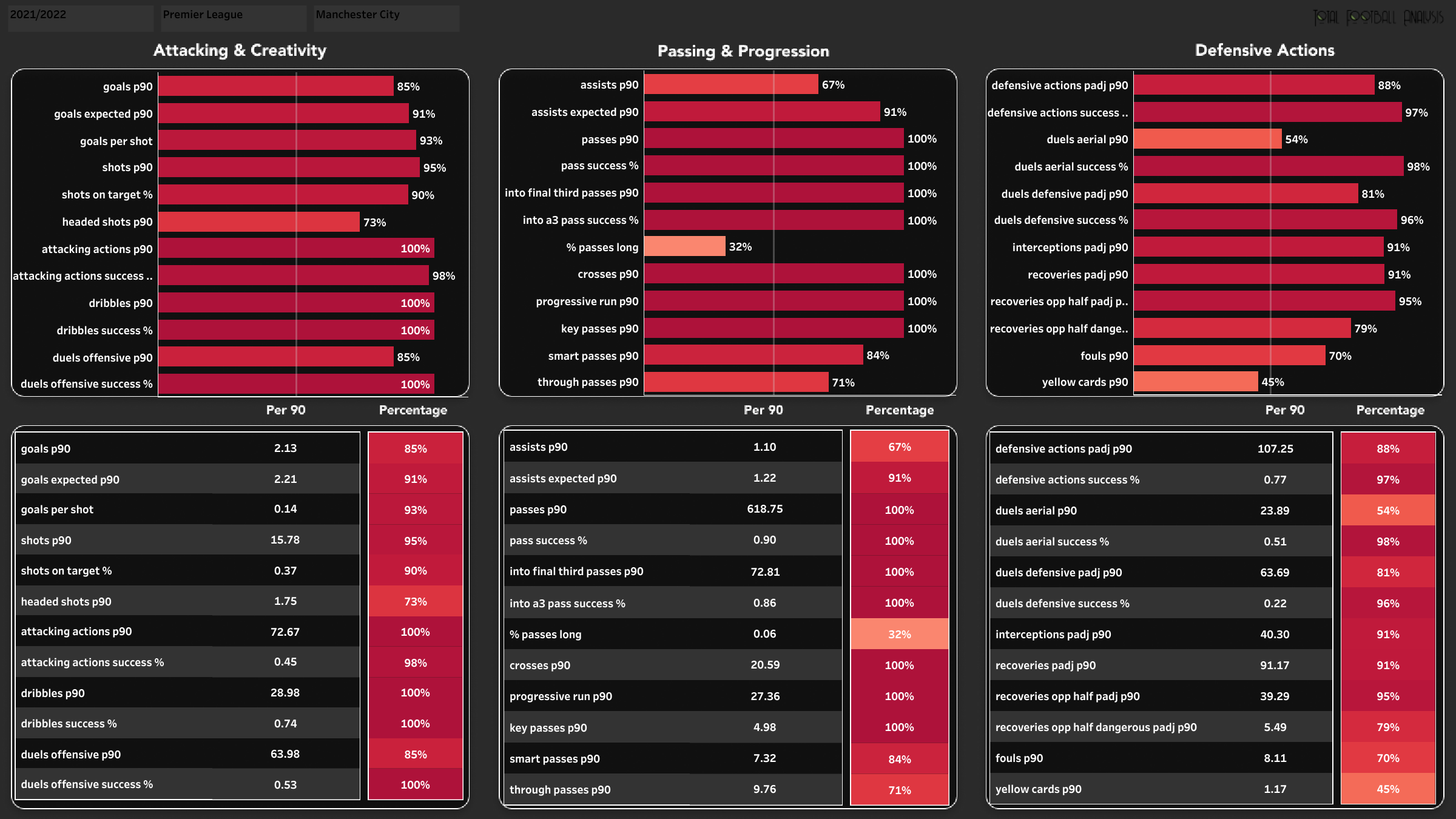 When looking at the above chart, the general rule is that the longer the bar, the better the performance — you can see the league average in the middle, and the % is the percentile rank the player is in. From the above viz, we can observe that Manchester City have been the best passers of the ball this season in the English Premier League. The passing and progression chart shows that Pep’s men attempt the most passes into the final third per 90 minutes. Other than this, Manchester City are involved in the highest number of attacking actions per 90 minutes. City like to work the ball into the box along with crosses from the wider sides. 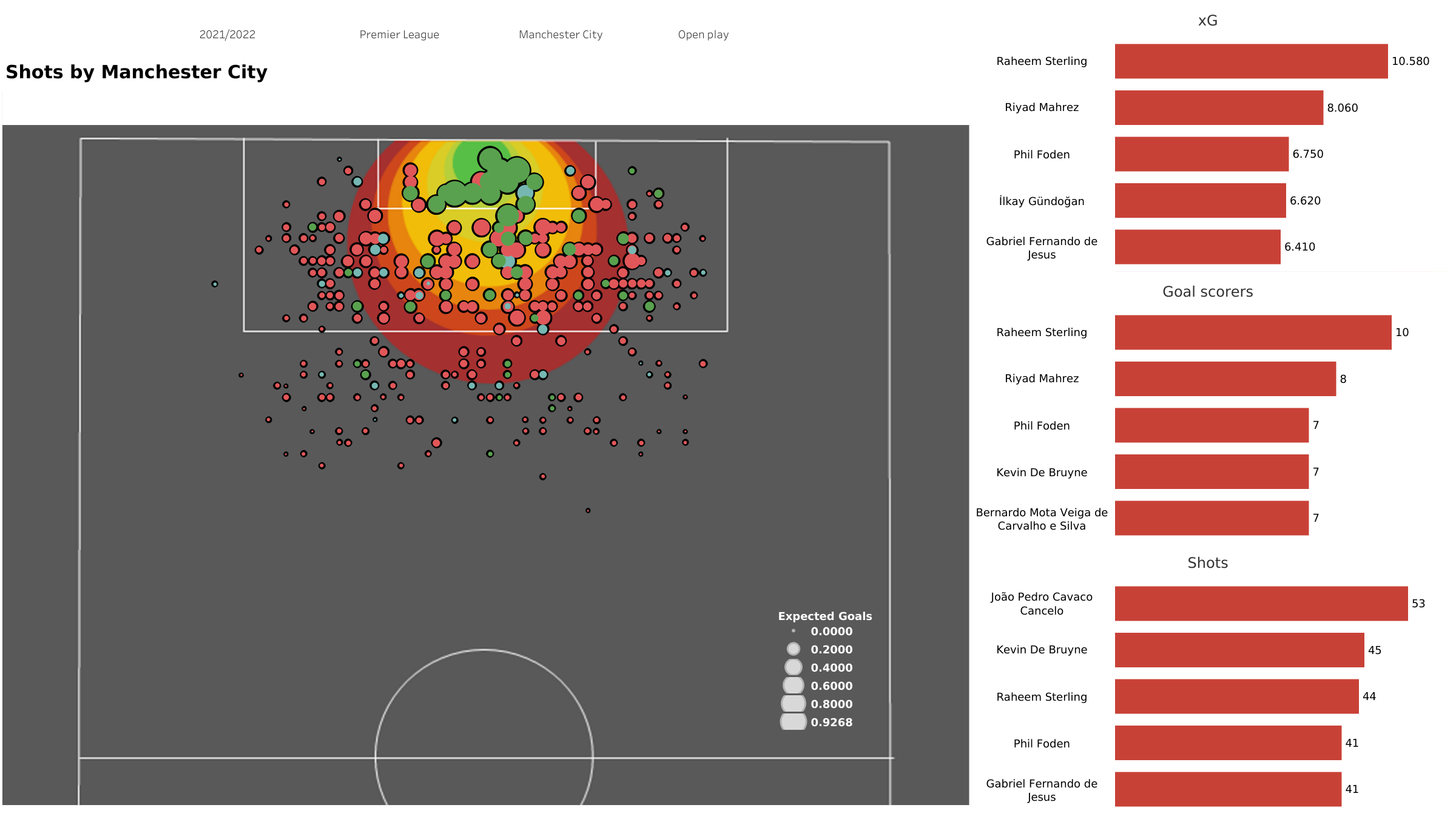 The home team is ranked second in the number of shots attempted this season. They have attempted 459 shots and averaged 15.8 shots per 90 minutes. Of these 459 shots, 302 have been attempted from inside the opposition’s penalty box. They have managed to hit the target 182 times, including 139 from inside the penalty box. The above map shows all the shots attempted from open play. Manchester City likes to score a lot of goals by working the ball into the opposition’s 6-yard box. They have also scored a few goals from outside the penalty box. Joao Cancelo has attempted the most shots for his side. 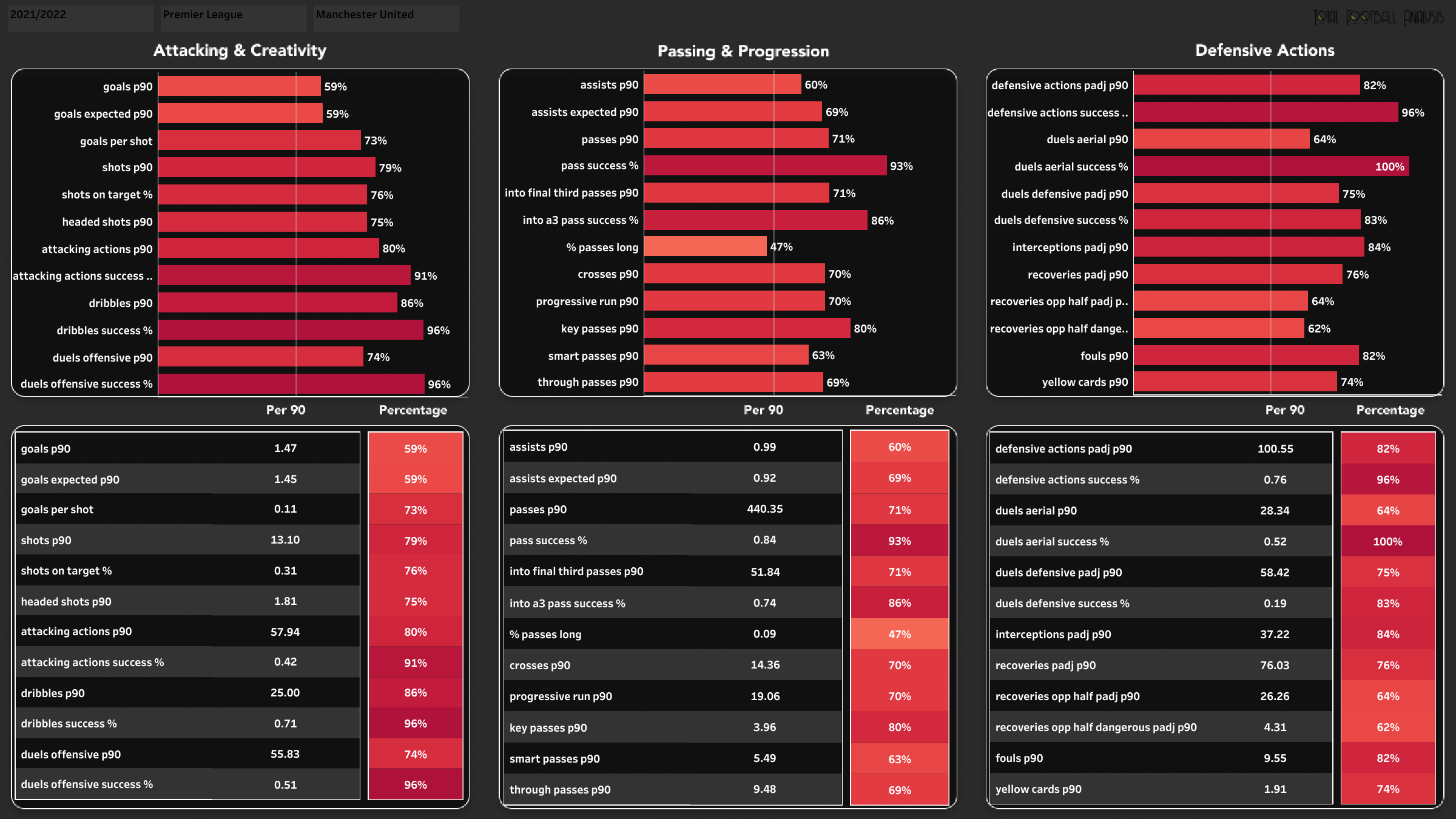 Manchester United have won 13, drawn eight, and lost six matches this season. They recently played a goalless draw against Watford at home and have lost their momentum in the race for a UEFA Champions League spot. Ralf Rangnick’s men have scored 44 goals and conceded 34. The xG rate is 42.6, and the xGA rate is high at 40.12. The Red Devils have a high dribble success rate, an attacking action success rate, and an offensive duels win rate in the attacking and creative fields. Defensively, they have high defensive action and aerial duels win rate. 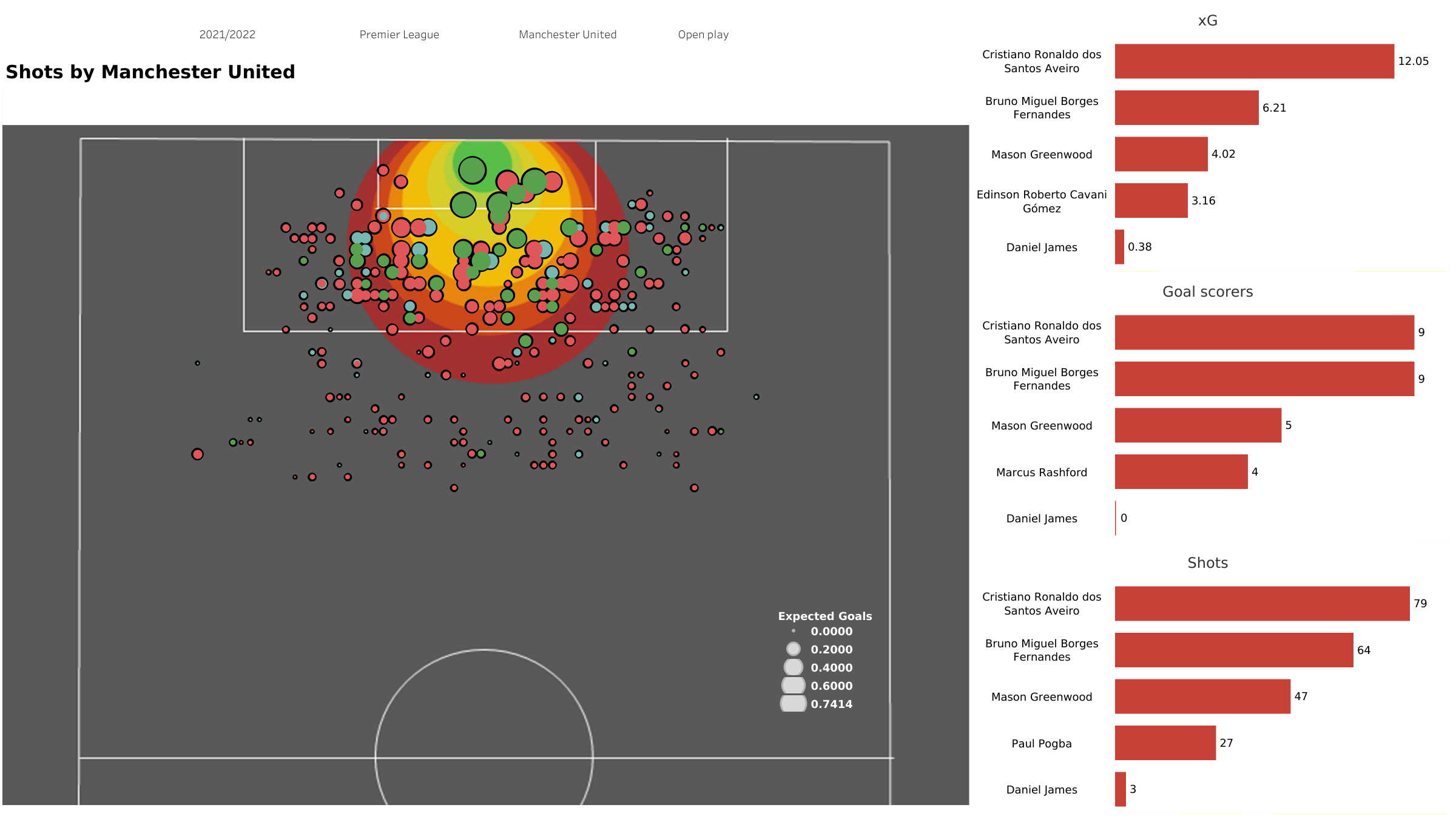 Manchester United players have attempted 384 shots and are only behind Liverpool and Manchester City in the shot list. They have managed to hit the target 132 times. A total of 228 shots have been attempted from inside the opposition’s penalty box, with 92 of them being on target. From the above chart, we can observe that the Red Devils have scored fewer goals than their opponents from inside the opposition’s 6-yard box. Cristiano Ronaldo has attempted the most shots for his side and is the joint top scorer alongside his fellow Portuguese teammate, Bruno Fernandes.

Manchester City will go into this match as the favorites. They have a better recent record in the Premier League and are a very attacking side. Manchester United are still unsettled under the new manager, but have performed well in recent seasons against their rivals. Both teams will go for a win.