Manchester United returned to winning ways after registering a 3-0 win against Brentford in the English Premier League. Bruno Fernandes gave his side an early lead and scored his 50th goal for the club. Cristiano Ronaldo scored a penalty in the second half, and Raphael Varane sealed the win with his first goal for the club. The Red Devils ended Brentford’s four-match unbeaten streak.

What was Manchester United’s xG rate? Which Brentford player made the most recoveries inside the opposition’s half? 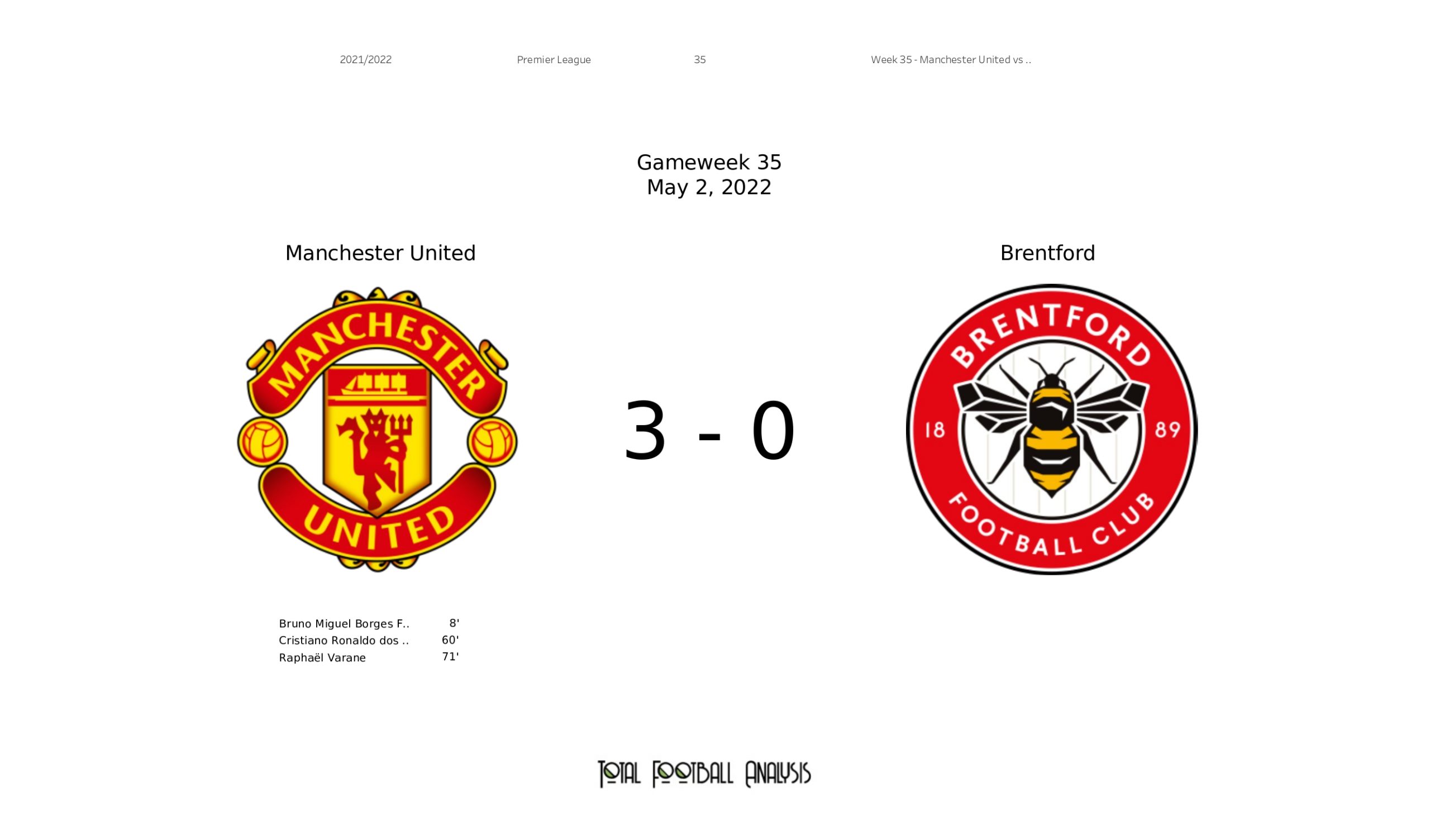