Manchester United are starting to make their mark in the English Premier League after four consecutive wins. The Red Devils were criticised for their performances in the first two games of the season, where they lost and conceded six goals. Erik ten Hag was under a lot of pressure after losing to Brighton and Brentford. He decided to make some changes to the squad, and this move changed the fortunes of the Red Devils. They have won their last four matches and have moved up in the league table. One of the changes to the team was replacing Luke Shaw with the summer signing, Tyrell Malacia. The 23-year-old Dutchman was signed from Feyenoord and has proved to be a bargain. He has made an appearance in every match and looks like the number one left-back choice at Old Trafford.

Shaw remains on the bench and hasn’t made an appearance since Manchester United’s 0-4 defeat against Brentford. Malacia has given a different edge to the Red Devils’ play. Some of the stats from this season show why Malacia has replaced Shaw in the starting lineup. 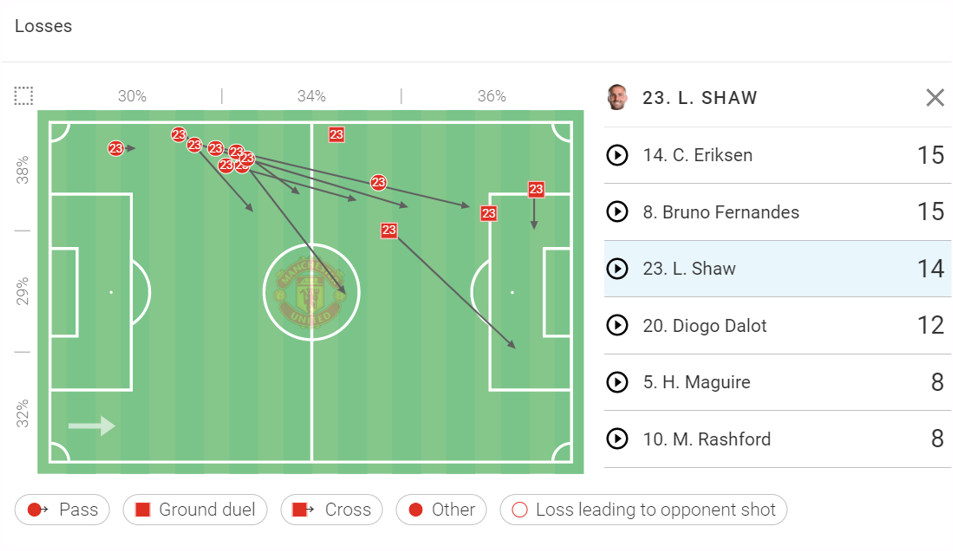 Shaw has spent 140 minutes on the pitch for United this season. He is an attacking full-back and likes to make more forward runs than Malacia. The full-back was taken off at halftime against Brighton due to some poor displays on the pitch. Shaw was indecisive at times and lost possession of the ball. In the first match, Shaw lost the ball 14 times, and 13 of them came from a misdirected pass. Against Brighton, the full-back lost the ball nine times in the first half. 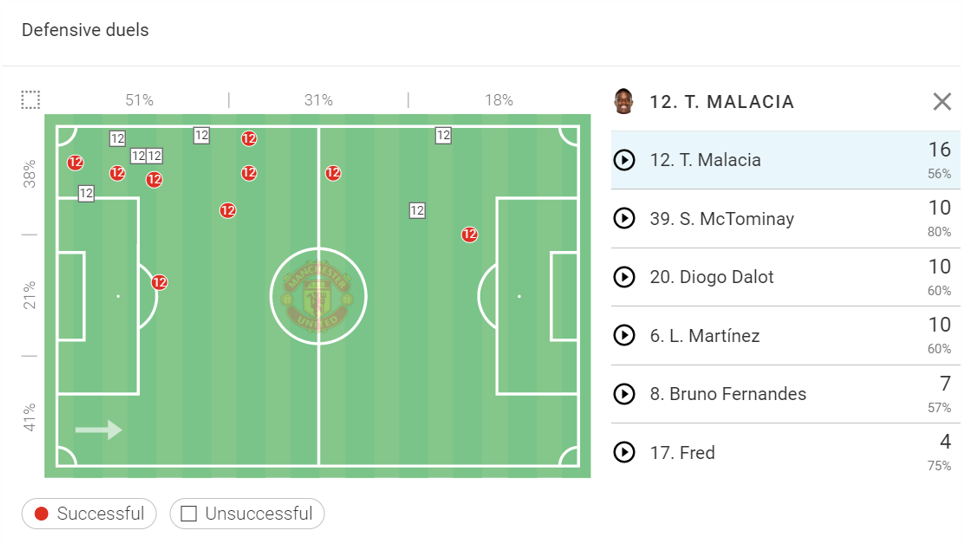 Malacia has been preferred since then, and the Dutchman has impressed everyone with his defensive abilities. Malacia has played a more defensive role and has won 48.2% of his duels. Luke Shaw is behind him with a 40.7% win rate. Malacia has a 52% win percentage for ground defensive duels. In his first start for Manchester United, Malacia contested 16 defensive duels, mostly against Mohamed Salah. The full-back won nine duels, most of them coming in crucial areas. Malacia reads the aerial threats and has won 57% of his aerial duels. This defensive resilience has been a major factor behind his selection. 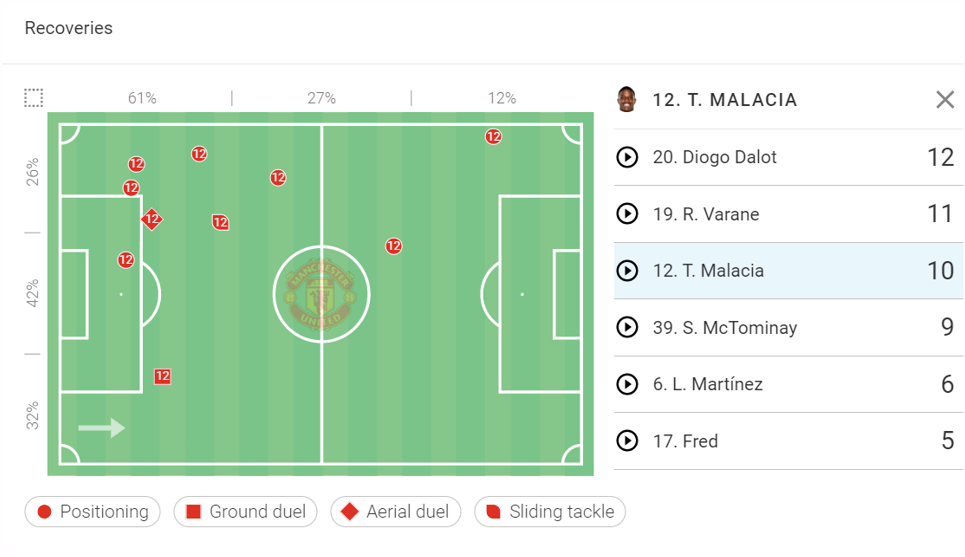 The Dutchman has fitted in a new defensive line for Manchester United. He wins duels in defensive areas and has performed well against two of the top teams. The manager is likely to continue with Tyrell Malacia as the left-back.

Under the microscope: How Scott McTominay’s consistency has cemented his place...

Ferninand believes that Man United need to sign both Kane and...

Evra convinced Solskjaer to give Williams a chance at Man Utd