Manchester United and Atletico Madrid face off at Old Trafford in the second leg of the Round-of-16 in the UEFA Champions League for the 2021/22 season. Both teams are vying for a spot in the next round of the competition and have already played a 1-1 draw in the previous leg at Wanda Metropolitano Stadium. Joao Felix opened the scoring in the first leg, and Anthony Elanga came off the bench to level the score for his side. 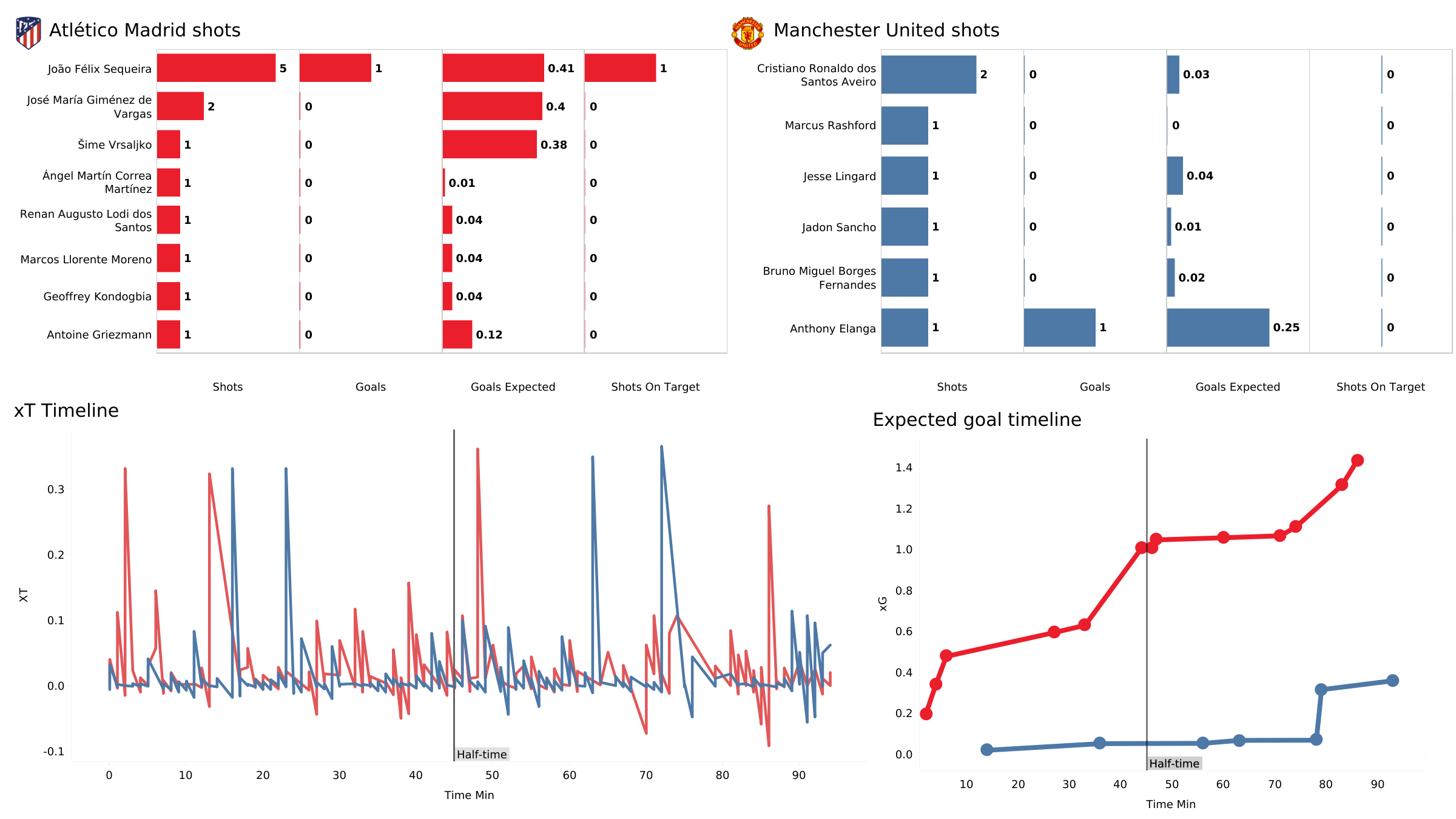 Atletico Madrid attempted 13 shots, six more than their opponents. Both teams created less trouble for the opposition goalkeeper, as they managed to hit the target thrice, with Manchester United having more attempts on the target. From the expected goal timeline, we can observe that Atletico Madrid started the match well and attempted three shots within the first ten minutes of the match. This was the period when Joao Felix scored the opening goal of the match. Manchester United attempted five shots in the second half and scored the goal in the 80th minute. 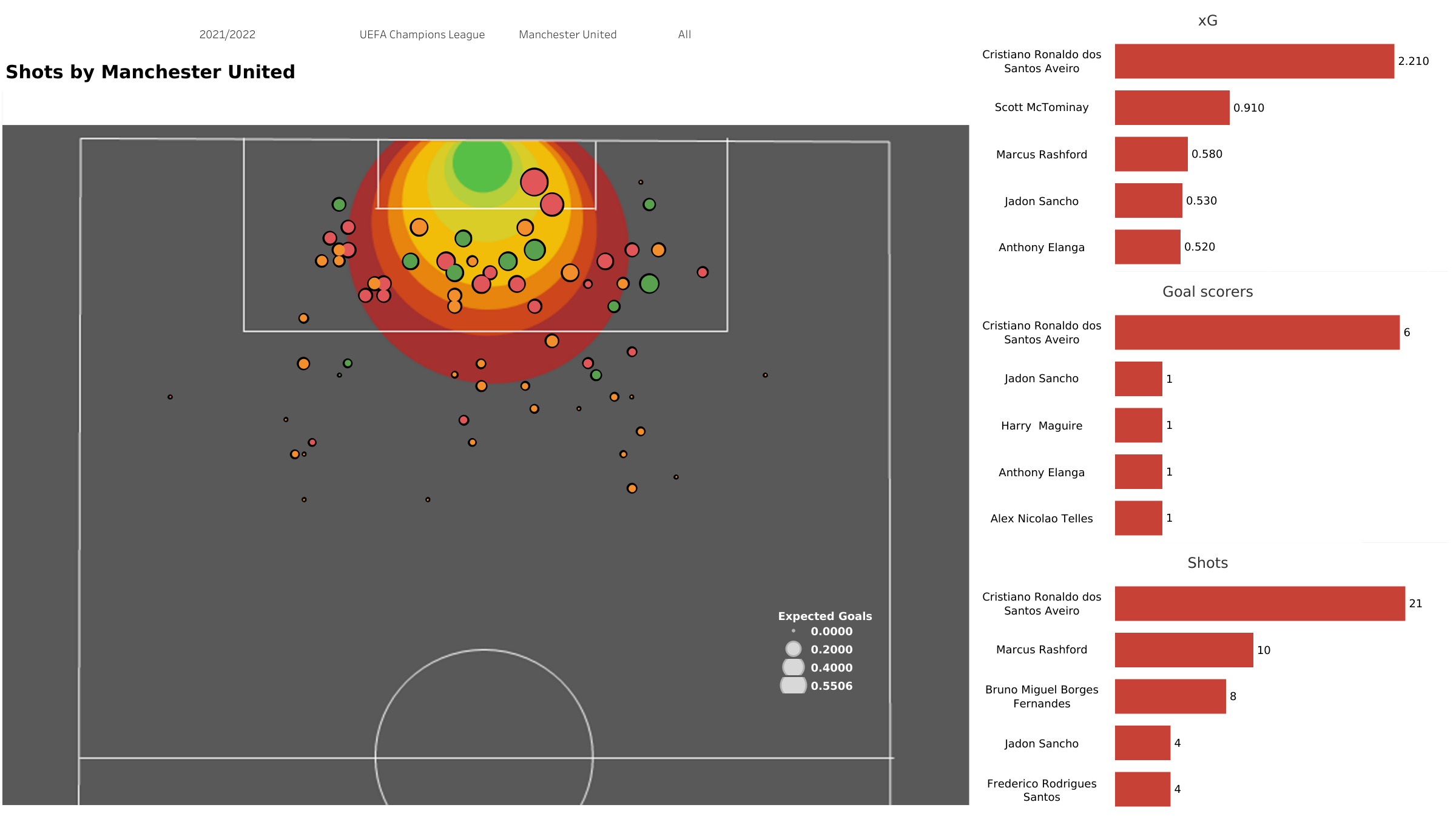 Manchester United have scored 12 goals in seven UEFA Champions League games this season with an xG rate of 7.25. In return, the Red Devils have conceded nine goals. The above shot map shows all the shots attempted by Manchester United players so far. A total of 70 shots have been attempted, and 34 of them have been on target. Of these 70 shots, 41 have been attempted from inside the opposition’s penalty box, with 26 on target. Cristiano Ronaldo is the highest goalscorer and has attempted the most shots. He recently scored a hat-trick against Tottenham Hotspur in their recent English Premier League match.

Bruno Fernandes, Luke Shaw, and Scott McTominay have returned to training and could make a return to the starting XI. The home team have no fresh injury concerns. 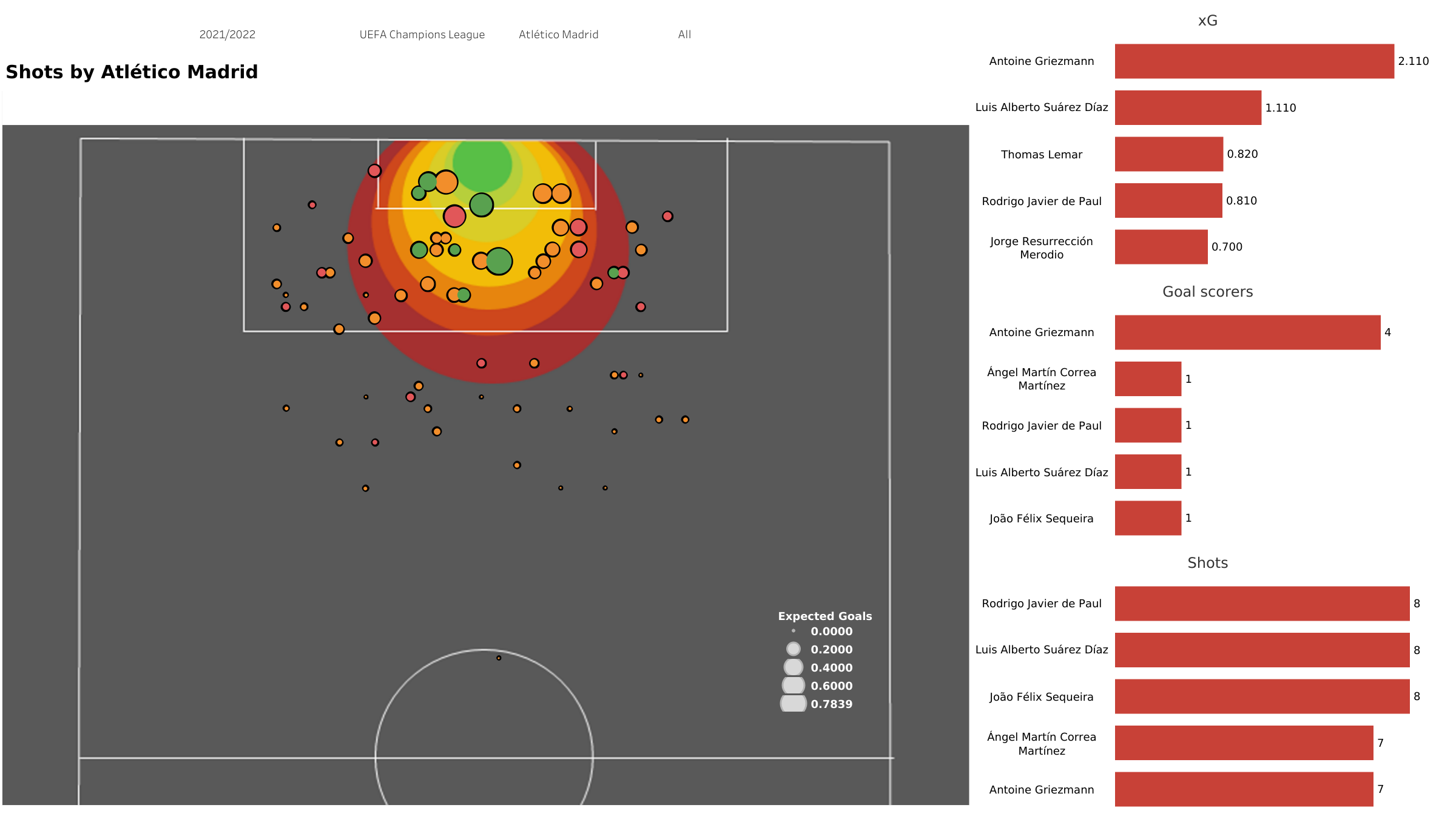 Atletico Madrid have scored eight goals with an xG rate of 9.95. Diego Simeone’s men have conceded nine goals and have kept only one clean sheet this season. Overall, Atletico Madrid attempted 74 shots, and 22 of them were on target. They attempted 45 shots from inside the opposition’s penalty box, and 18 of them were on target. Antoine Griezmann is their top goalscorer but is struggling to find his place in the playing XI.

Yannick Carrasco will miss the match due to suspension. However, there is a positive as Koke is expected to start this match after missing the previous one.

Both teams are aiming to advance to the next round of the UEFA Champions League. Manchester United will look to take advantage of the home situation. On the other hand, Atletico will look to create more chances as they did in the last game and score more goals this time to win the match.