Manchester United are going head-to-head with other rivals for the signing of Belgian international and Leicester City player Youri Tielemans. The 24-year-old is into his fourth season in the English Premier League and has impressed many with his performances on the pitch. He has been a regular member of the Leicester City side and is being closely monitored by the rival clubs. Manchester United are looking to boost their midfield for next season and need some creative spark in that area of the field. Youri Tielemans has already played for and led Anderlecht in the UEFA Champions League and has gained a lot of experience.

The Belgian international has featured in 22 English Premier League games this season. He has found the back of the net on six occasions and has provided two assists. The player has equalled his highest goalscoring tally in the Premier League and is four assists behind his previous best record. 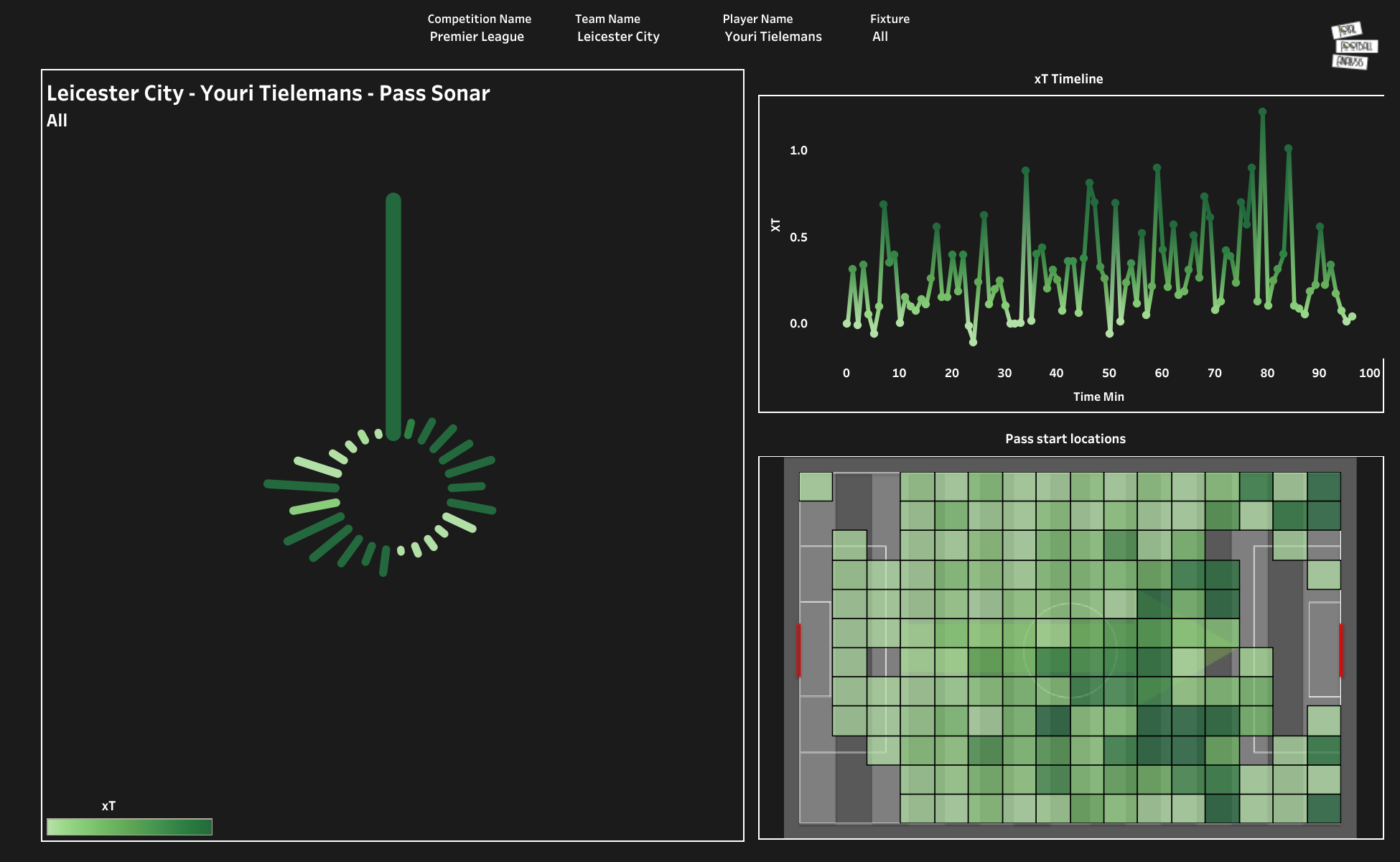 The above viz shows all the pass starting locations as well as the threat rate created from passes at different intervals of the match. Youri Tielemans features in the midfield, and most of his passes have been from the right side. He is active on corners as well as set-piece duties for his side. The xT timeline shows that he has created similar threats in every phase. Tielemans has attempted 25 crosses, 26 smart passes, and 33 through passes from the midfield. Most of his passes have been towards centre-back Caglar Soyuncu. The highest threat is created by the passes attempted towards Harvey Barnes. However, he has provided both assists to Jamie Vardy. He has been their main creative threat from midfield. The midfielder has had 20 touches inside the opposition’s penalty box. 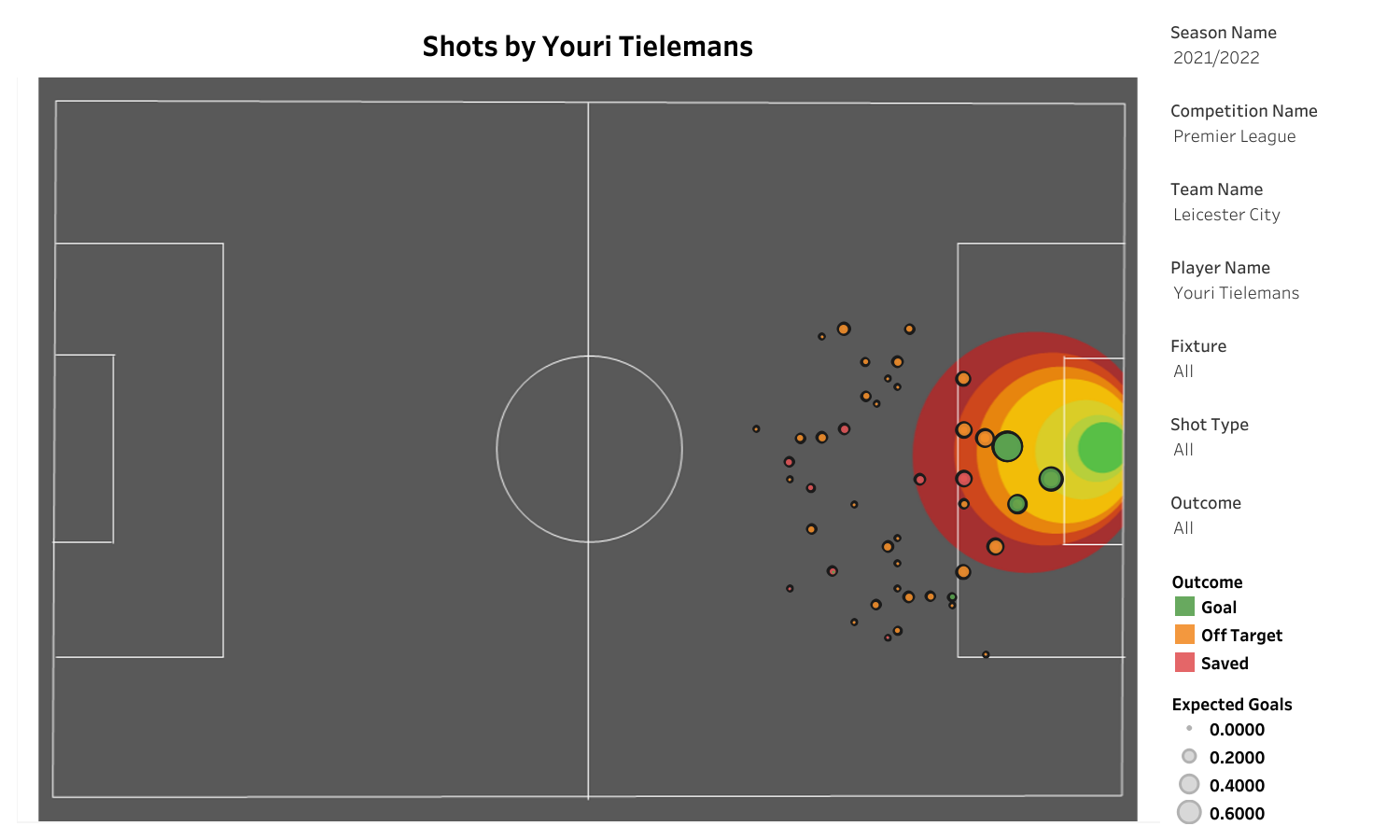 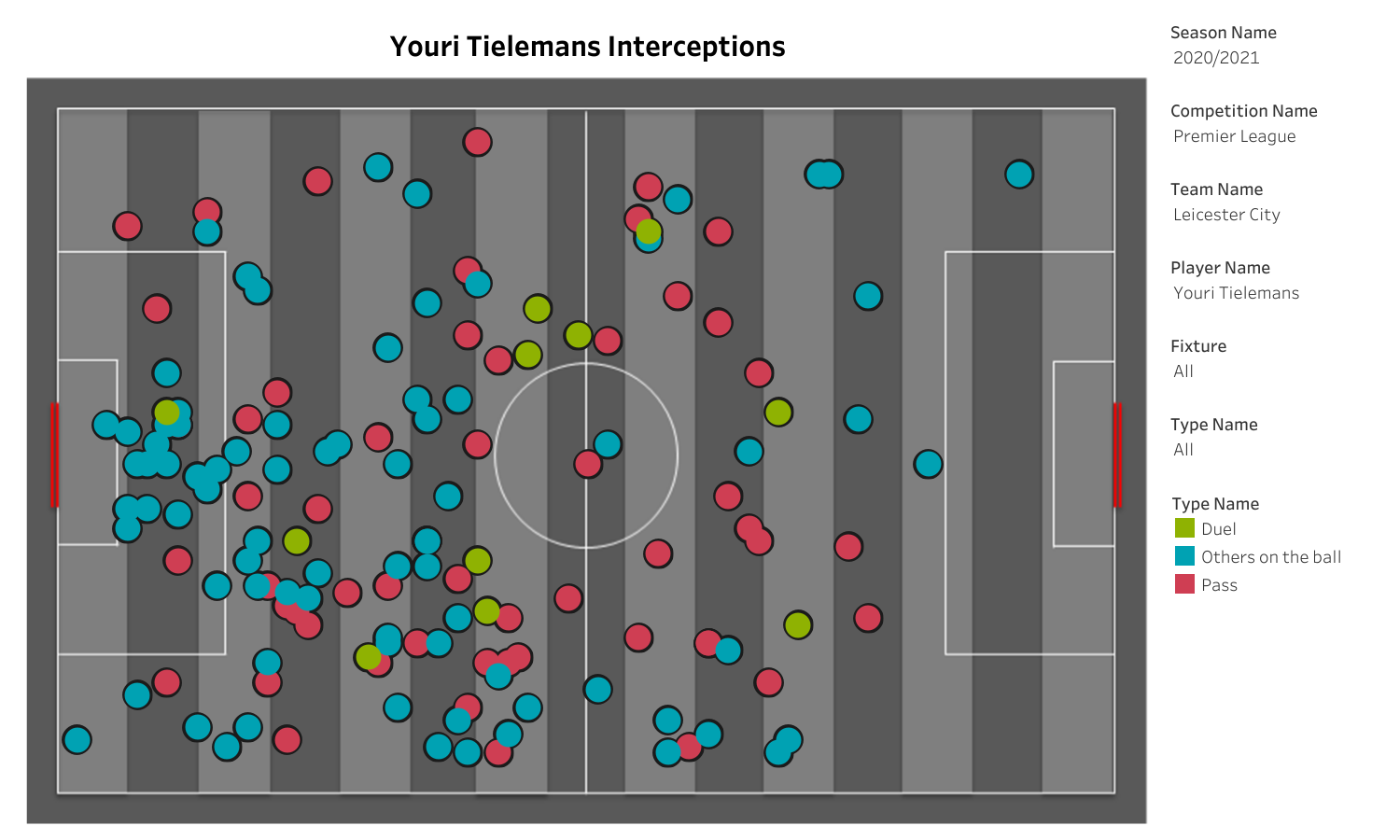 Youri Tielemans has also made a lot of contributions towards the defensive end. He has made 82 interceptions, most of them inside his half. The above viz shows that Tielemans made most of the interceptions when other players were on the ball, followed by intercepting the passes of opposition players. Other than this, he has made 133 recoveries, and 62 of them have been made inside the opposition’s half.

Youri Tielemans has strengthened Leicester City’s midfield in recent years and has shown a lot of potential. Manchester United require a creative and goal-scoring midfielder. His signing could be a great addition to an unsettled Machester United squad. The Red Devils will face a lot of competition from their rivals in their pursuit to sign the midfielder.