Manchester United struggled to defend throughout the 2021/22 season. Now they have a new manager who is looking to reshape the team by selling a few players and targeting others. One of his main priorities for the club this season is to sign a centre-back who could solve their defensive problems for this season and in the upcoming seasons. The most recent target that has emerged is Inter Milan youngster Alessandro Bastoni. The Italian centre-back was a regular part of Inter Milan’s defence this season and is getting targeted by a few clubs. Here are some of the stats that show his performances in the UEFA Champions League 2021/22 season. 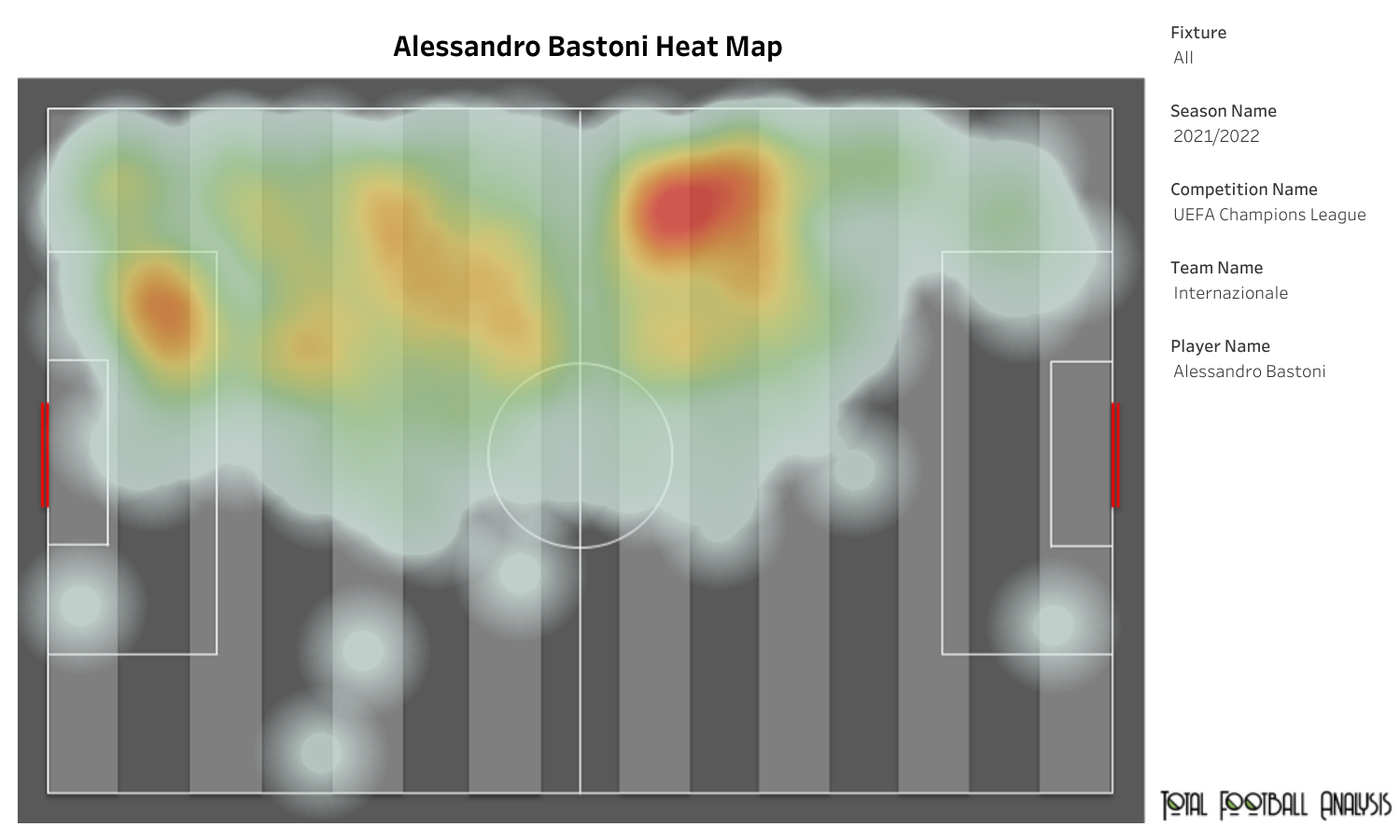 Bastoni featured in all eight of the Champions League matches for Inter Milan this season. He helped his side keep three clean sheets. The above heat map shows that the average position of the centre-back was towards the left side. Inter Milan play with three centre-backs, and Bastoni was the left-sided centre-back. 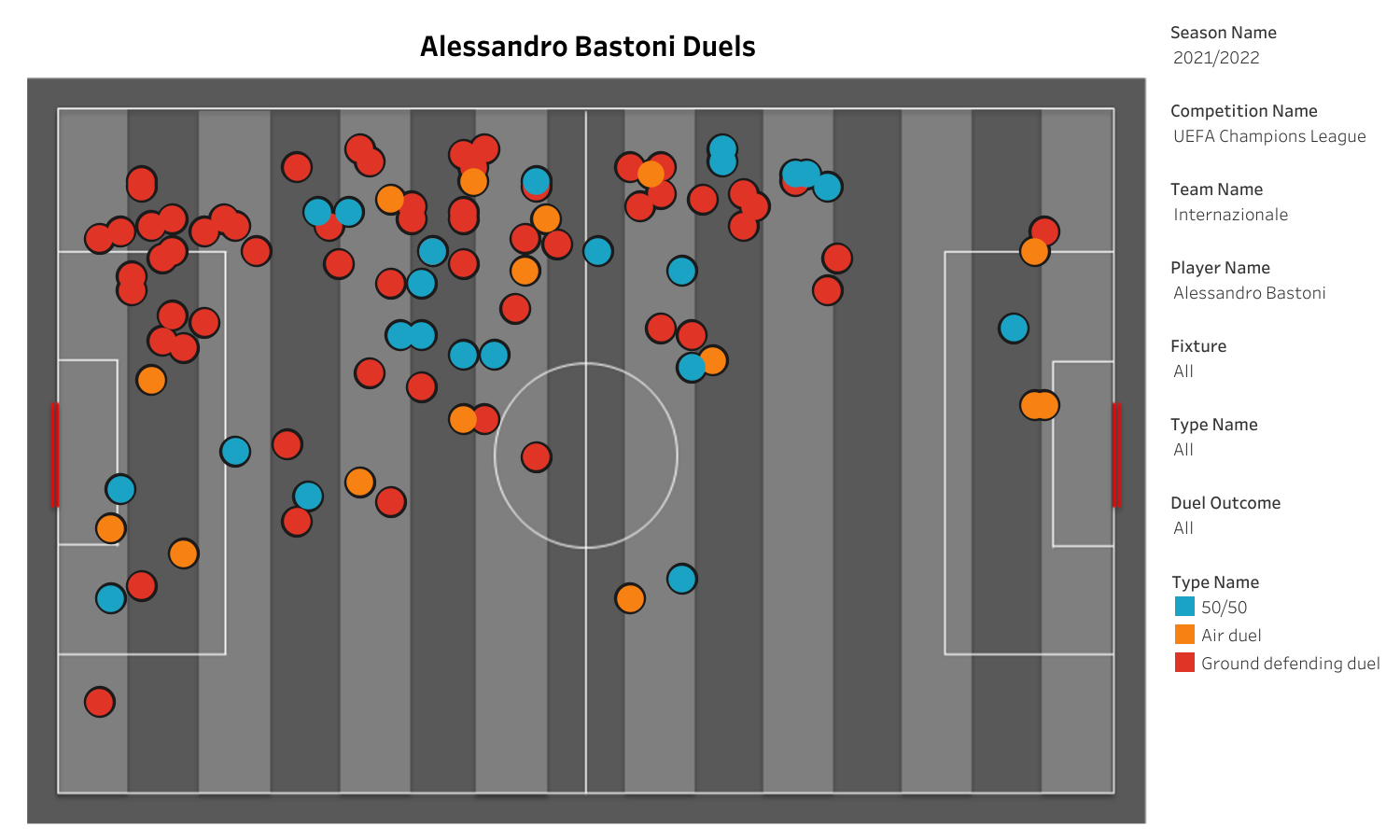 The above viz shows all the duels that were contested by the centre-back throughout the season. It can be noticed that Bastoni provided defensive cover for Ivan Perisic, who played as a left wing-back but is not known for his defensive duties. The 23-year-old centre-back contested 7.7 defensive duels per 90 minutes but had a low win rate of 20%. Other than this, he contested 1,933 aerial duels and 2.95 loose ball duels per 90 minutes. He won 46.67% of aerial duels and 65.22% of loose ball duels. 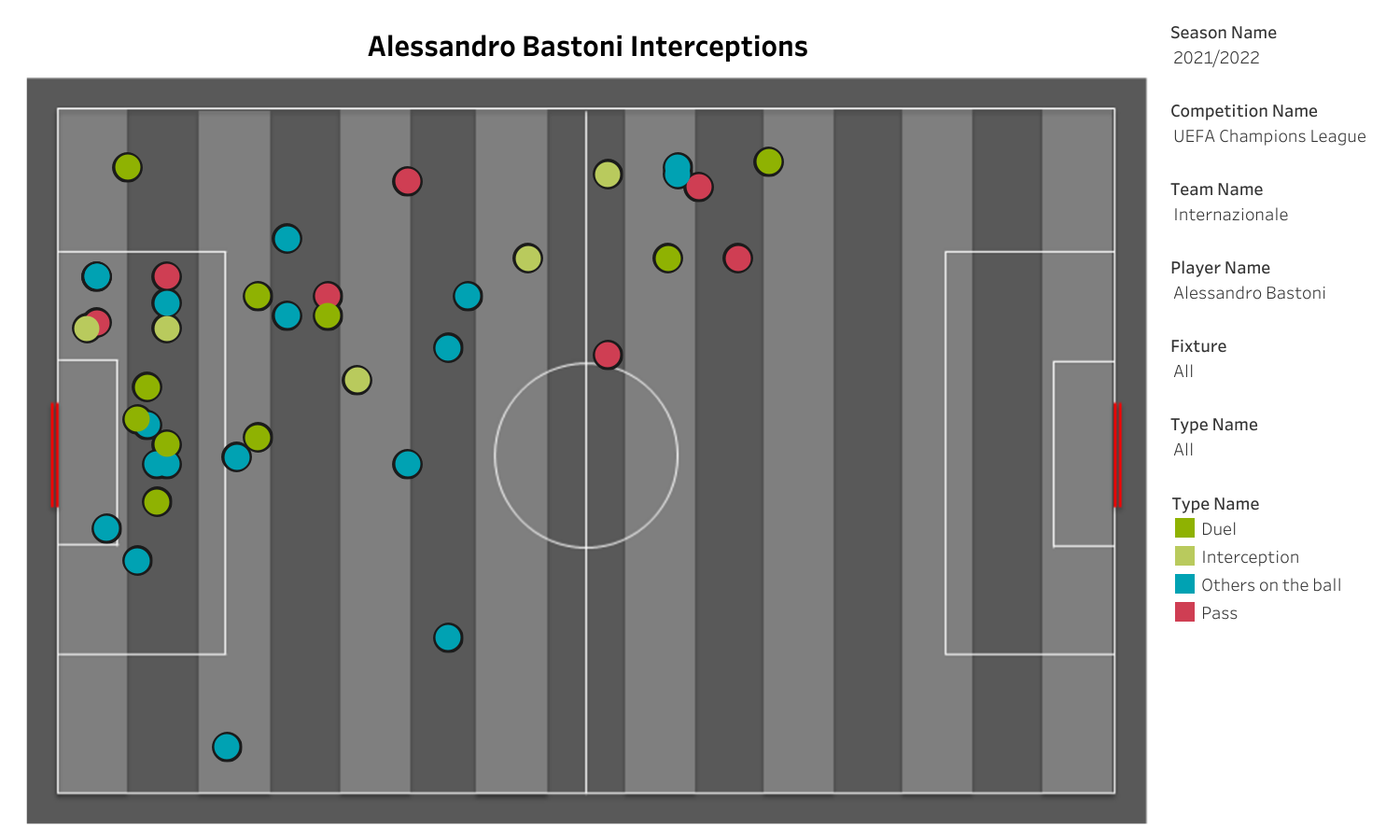 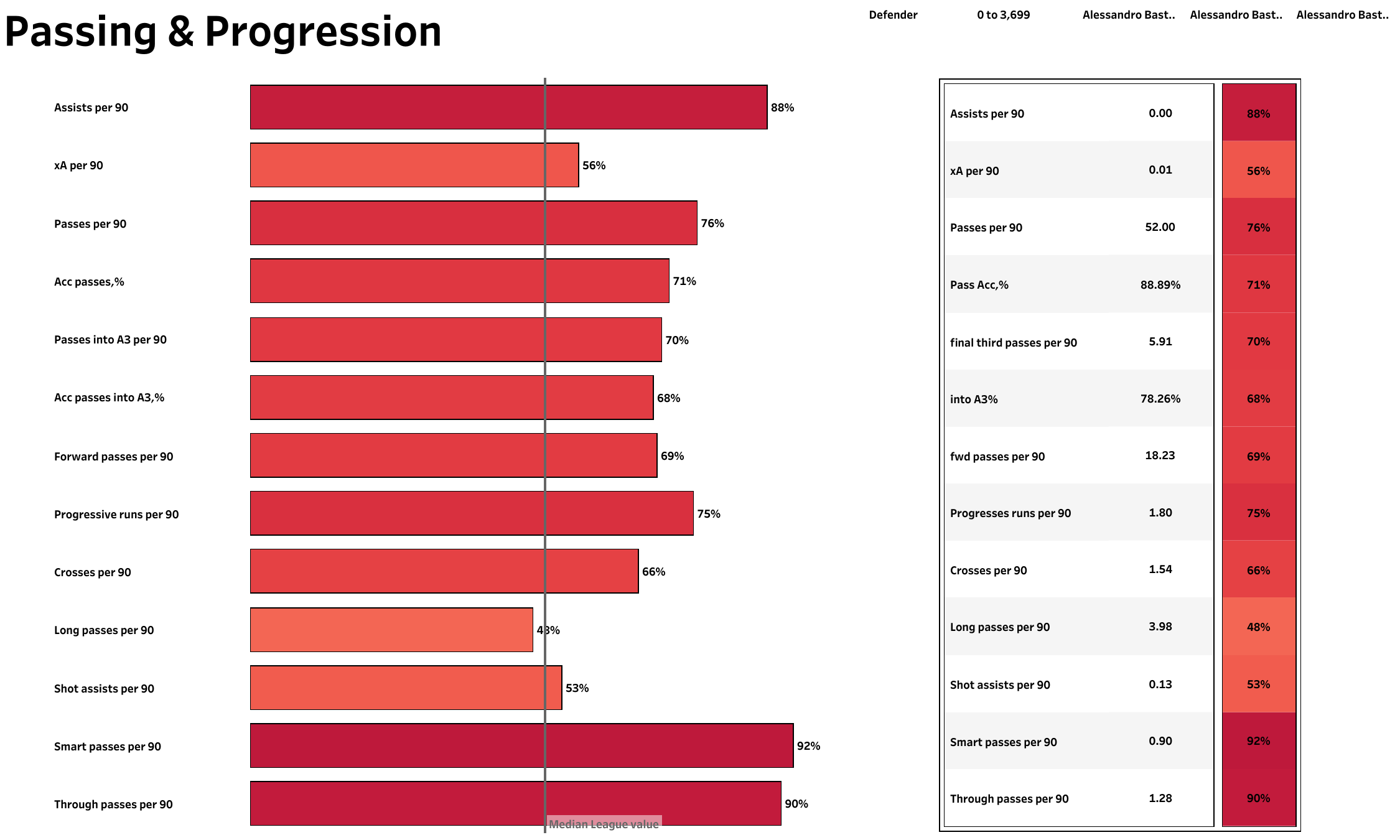 When looking at the above chart, the general rule is that the longer the bar, the better the performance — you can see the league average in the middle, and the % is the percentile rank the player is in. The above viz shows the passing stats of the player in comparison to the other defenders in the league. He averaged 52 passes per 90 minutes with an 88.89% success rate. The player also moved forward and attempted 12 crosses in the tournament. He had a high percentile rank for attempting smart passes and through passes.

Manchester United will face a lot of competition to sign the defender. He was a regular part of Inter Milan’s squad, and the Italian club will demand a high fee if they let the defender leave. The defender is just 23 and could solve defensive problems in the upcoming years. The English club will assess the situation and make a bid accordingly.