Manchester United have kept their faith in Anthony Martial. Due to limited opportunities, the player was sent on loan to Sevilla. He once again failed to impress many and was unable to regain his form. Now, the player has returned to the team and will be looking to impress the new manager. Cristiano Ronaldo’s future is also uncertain, and that might open the door for Martial. He led the attack before the signing of Ronaldo, and Erik ten Hag could also experiment with him playing in his left-wing position. 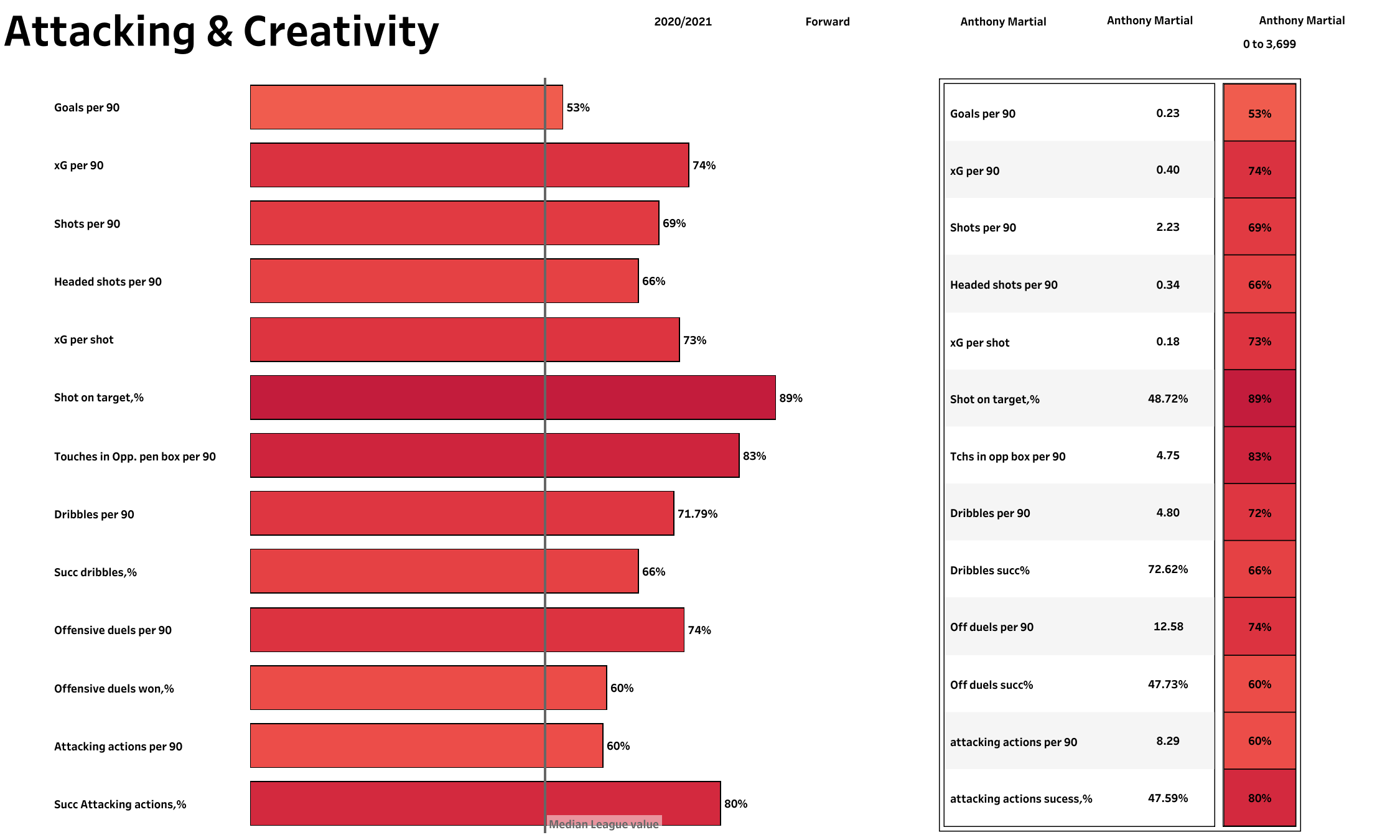 The above viz shows his attacking stats from the 2020/21 season. When looking at the above chart, the general rule is that the longer the bar, the better the performance — you can see the league average in the middle, and the % is the percentile rank the player is in. Martial was involved in eight attacking actions per 90 minutes and had a success rate of 47.6%. The player averaged more than two shots per game with a high accuracy rate of 48.7%. He was a threat as he operated on the left side. 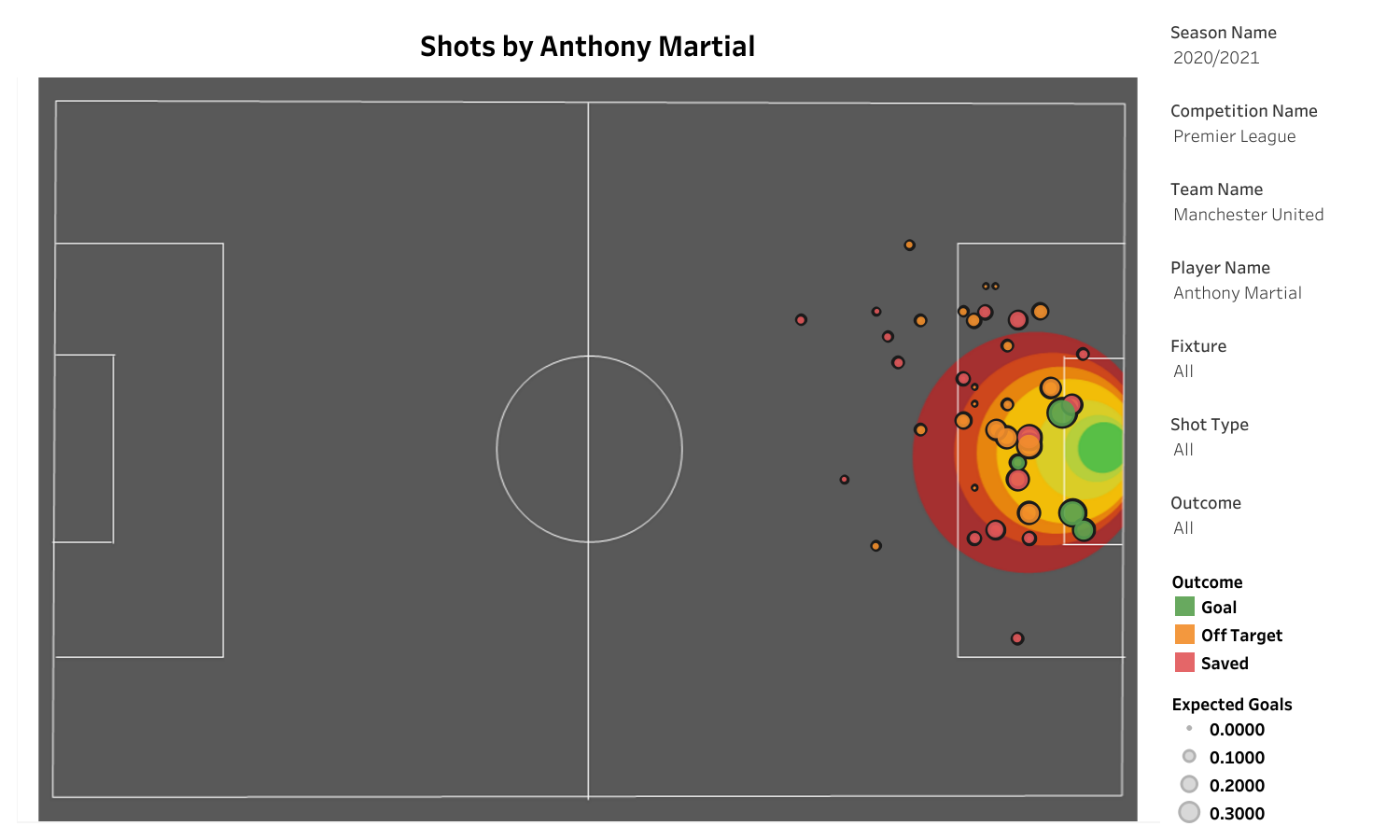 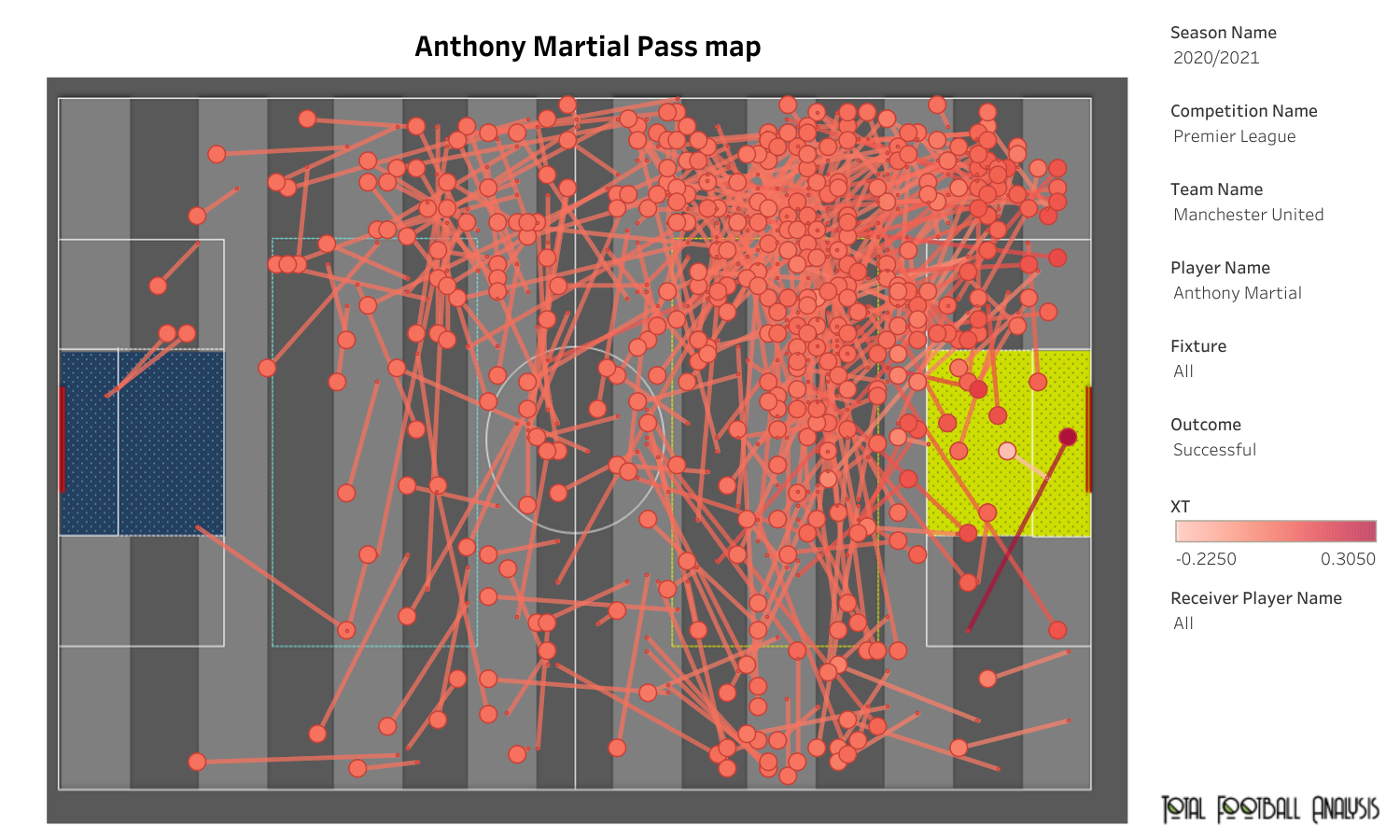 Martial likes to dribble past the opposition defenders and attempt passes to find his teammates. He averaged 27 passes per 90 minutes and had an accuracy rate of 84.14%. The above viz shows all the successful passes that were delivered by him. A few passes were attempted towards the overlapping full-backs. Some of the passes attempted landed inside the penalty box and found a teammate.

Last season, Anthony Martial failed to make an impact and was sent on loan. On his return to the club, there will be a lot of expectations from the new manager. Erik ten Hag might uplift his career, and Martial would also look to cement his position in the starting XI.