Manchester United are finally settling under the new manager, Erik ten Hag. They have started to find their rhythm in the pre-season, and the manager also seems to be happy with the response he is getting from the squad. The Red Devils have landed some of their summer targets and are negotiating with one or two teams to get the remaining players. Last season, Manchester United finished sixth in the English Premier League and failed to qualify for the UEFA Champions League. For this reason, their star player, Cristiano Ronaldo, has demanded an exit from the club. However, Erik ten Hag’s team has played the entire pre-season without the Portuguese and has been successful. Their midfield will be the key factor this season.

Man United’s midfield has been their biggest concern over the last few seasons. This season, there are more options in the midfield for the new manager. The Red Devils tried to sign Frenkie de Jong from Barcelona, but the player was against a move to Old Trafford. This means that ten Hag will go into the new season with the same set of players. 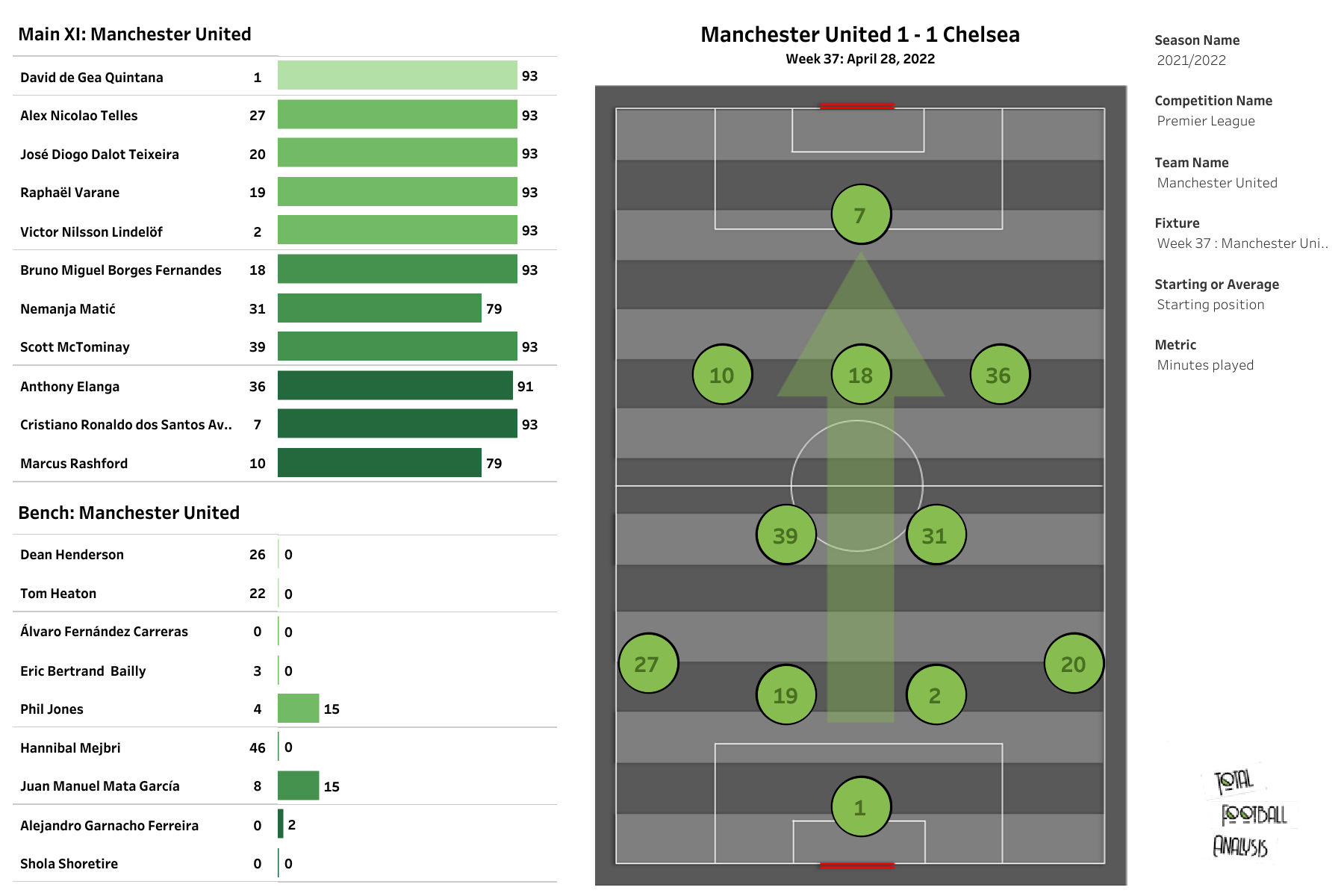 Manchester United have played in a 4-2-3-1 formation during the pre-season. The above viz shows the starting Xi from gameweek 37 of the English Premier League 2021/22 season. Last season, the Red Devils played in the same formation. Whenever Erik ten Hag’s Ajax used to line up in the same formation, and whenever he needed an extra player in the midfield, the formation changed to 4-3-3. The two central midfielders play a deeper role, and the third midfielder features in the number ten role. This season, his midfield comprises of Bruno Fernandes, Fred, Scott McTominay, Donny van de Beek, and new signing, Christian Eriksen. 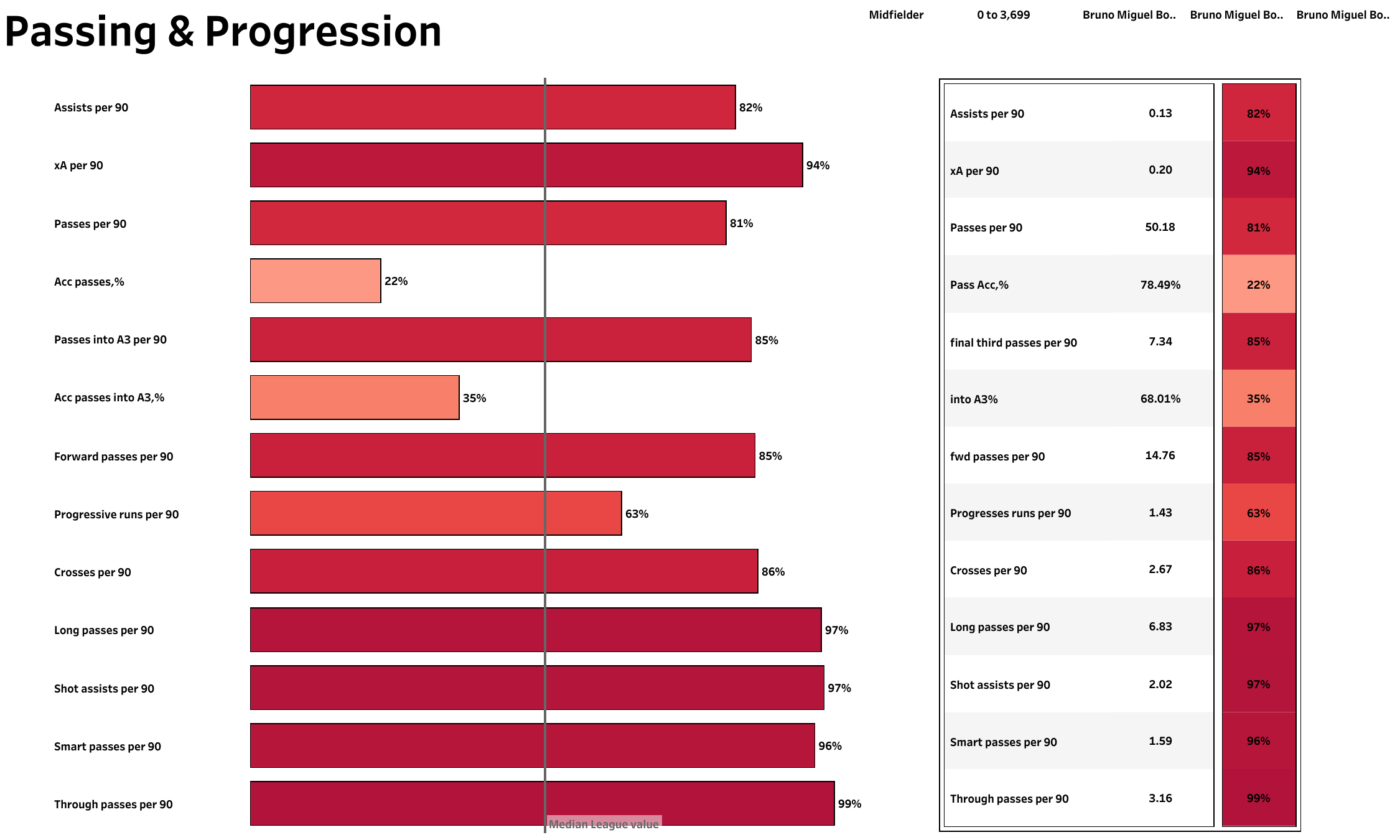 Bruno Fernandes will be the key in midfield for the Red Devils. After joining the club in January 2020, Bruno has made 61 goal-scoring contributions in just 87 appearances. These include 36 goals and 25 assists. The above viz shows his passing stats from the previous season. When looking at the above chart, the general rule is that the longer the bar, the better the performance — you can see the league average in the middle, and the % is the percentile rank the player is in. Bruno Fernandes played 36 games and scored ten goals. He also assisted six times during the season. The above viz shows that Bruno was ranked highly amongst other midfielders for attempting long passes, smart passes, through passes and shot assists. He will once again be a key player for the Red Devils and will feature in the number ten role. 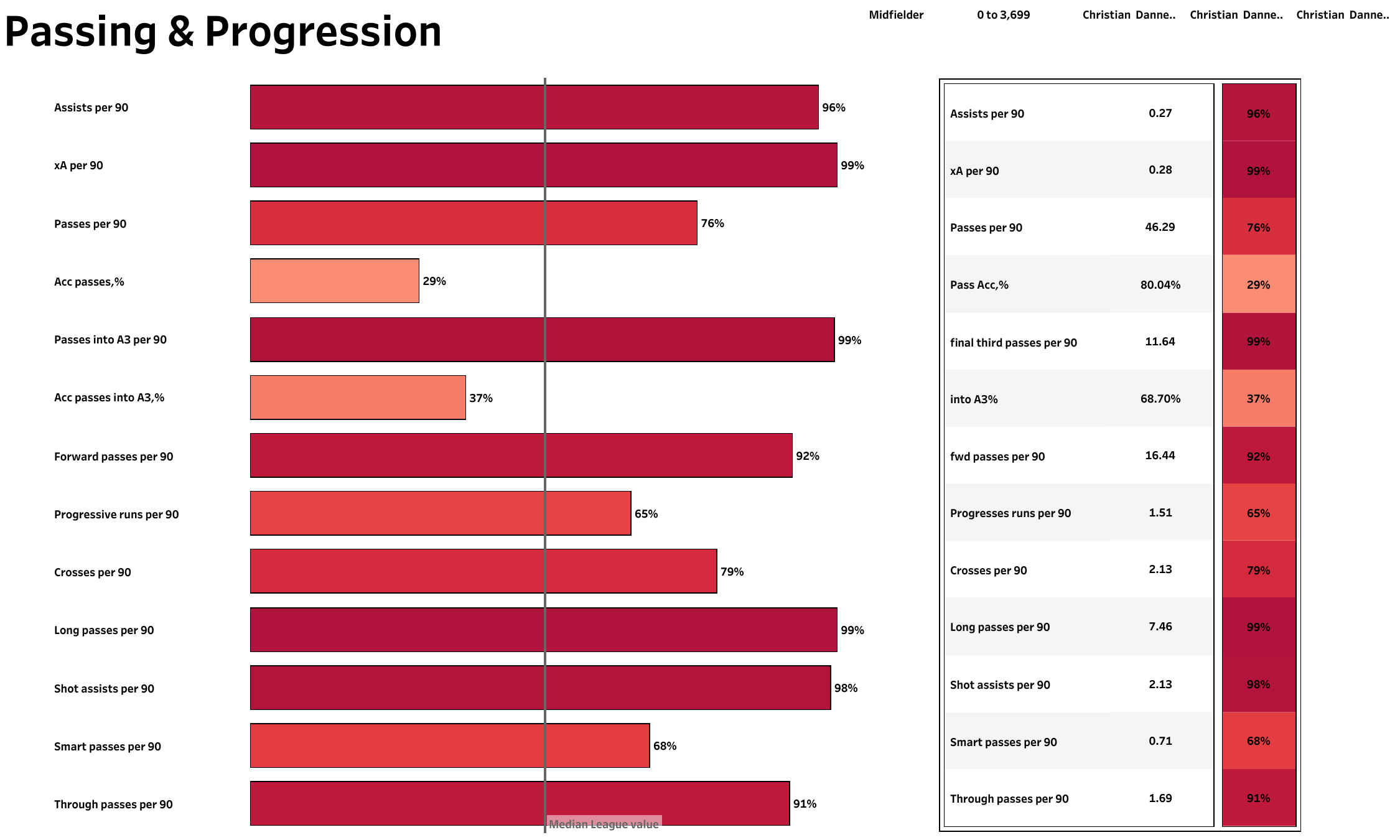 Eriksen will be another key player for ten Hag this season. The Danish international will play for his third club in the English Premier League. Last season, he joined Brentford in January and suddenly made an impact on the team. This is why a large number of clubs supported the free agent. He also likes to dictate the play and could feature alongside Bruno in some of the matches.

Fred and McTominay are likely to feature in a deeper role. Donny van de Beek is a box-to-box midfielder who has already played under ten Hag. He will also be a core member of the team. Manchester United still need a defensive midfielder, but ten Hag is unlikely to sign one. He will go with the same players, and these players have the quality to take their side to the top level.