Marcus Rashford scored an injury-time and stoppage-time winner at Old Trafford to hand Manchester United a 1-0 victory over West Ham United in the English Premier League. This was his fourth goal in the league this season. The forward missed the first few games of this campaign, and since then, he has appeared in 13 games for the Red Devils. He has started in seven league games and came on as a sub in the others. The forward has created threats after coming off the bench and has scored all his goals after coming on as a substitute this season. 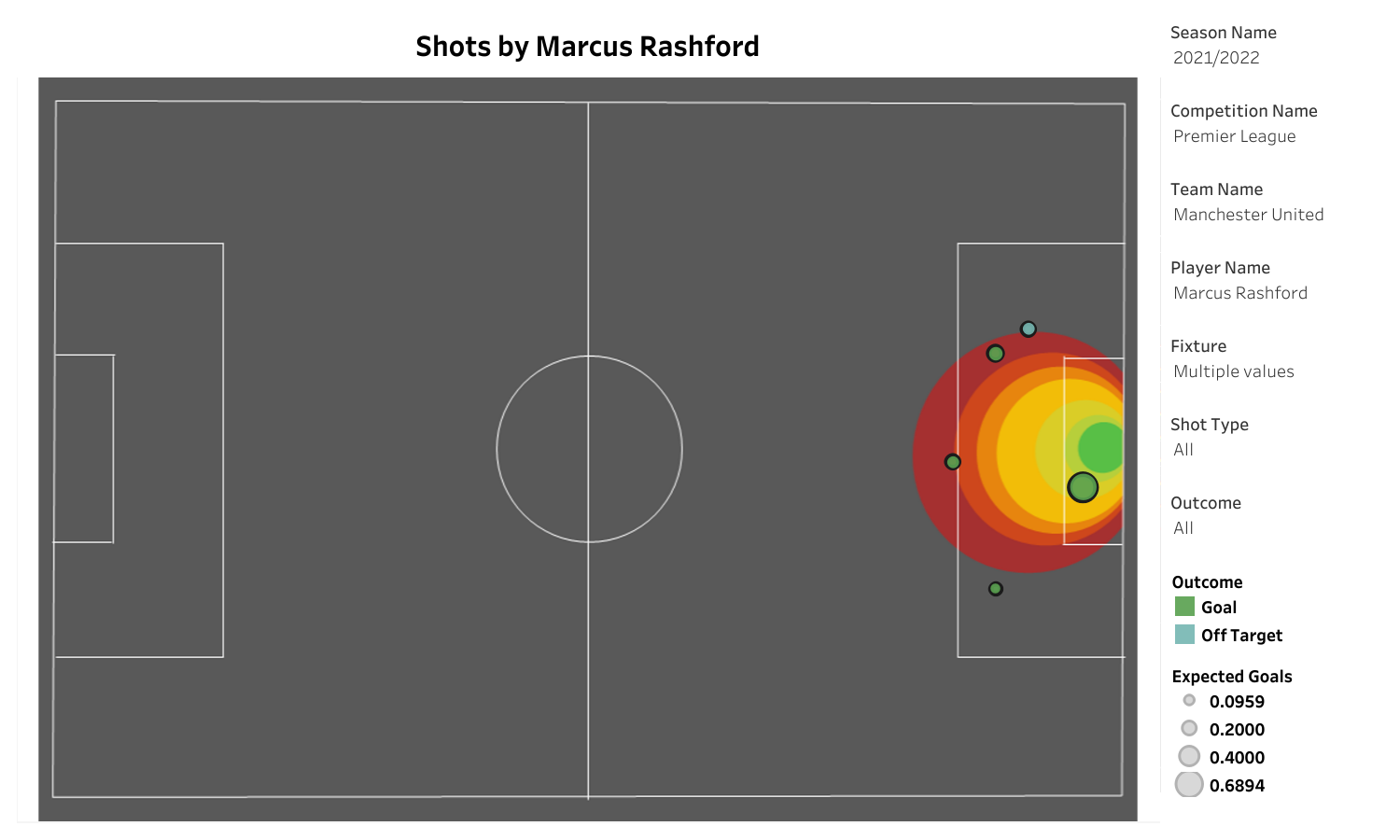 Marcus Rashford has spent 160 minutes on the pitch after coming from the bench and has an xG rate of 2.16 this season. The England international player has attempted 14 shots and his four shots have been on target. The above shot map shows all five shots attempted by Rashford after coming off the bench. He has attempted all the shots from inside the opposition’s penalty box, with a shot accuracy rate of 80%. He has scored against Leicester City, Spurs, Brentford, and West Ham United. The overall xG rate in the six appearances was 1.39. 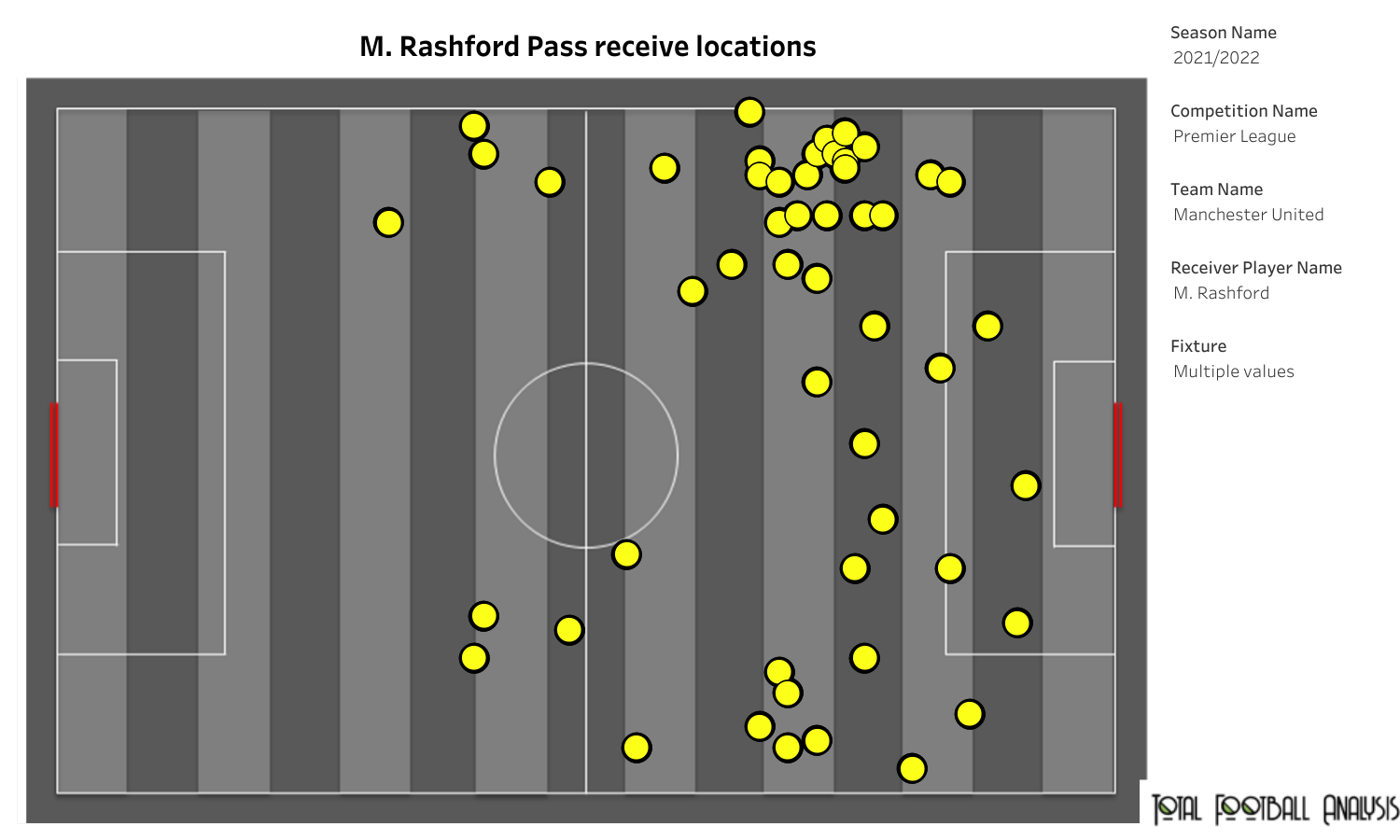 The above map shows the pass-receiving location of Rashford after coming off the bench. He has received five passes inside the opposition’s penalty box and has attempted a shot on each occasion. He received one pass in the three games he scored in and two passes in the last match against West Ham United. The player has featured mostly from his favored left side, but his goals have come from the right side. Other than this, he has taken nine touches inside the opposition’s penalty area. 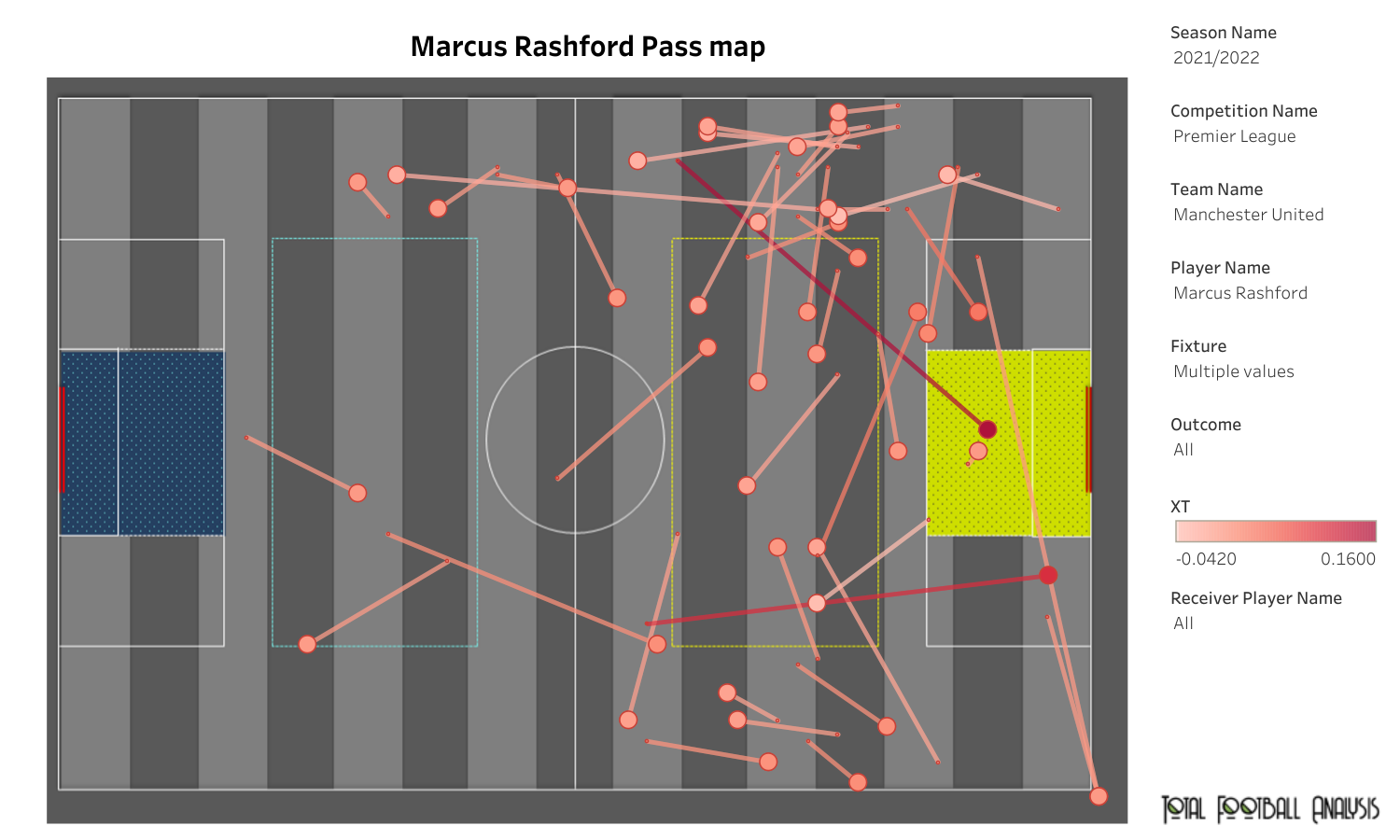 Rashford has attempted 44 passes, and his five passes have landed inside the opposition’s penalty box. His passing range includes two crosses, two smart passes, and two through passes. He has not created a lot of impact from his passes but has surely created threats while going forward.

Marcus Rashford has scored four goals in 160 minutes after coming off the bench. He hasn’t scored a single goal in his seven starts for the club in the Premier League. The managers used him to make runs behind the tired defense towards the end of the match. The player is known for his speed and skills and has scored from the bench in the last two games. The manager would want him to score more goals from start than from coming off the bench. His heroics in the last match lifted the spirits of fans at Old Trafford.

Shine taken off the derby by cutting seat allocation

Brentford vs Manchester United Preview: 3 things to watch out for...