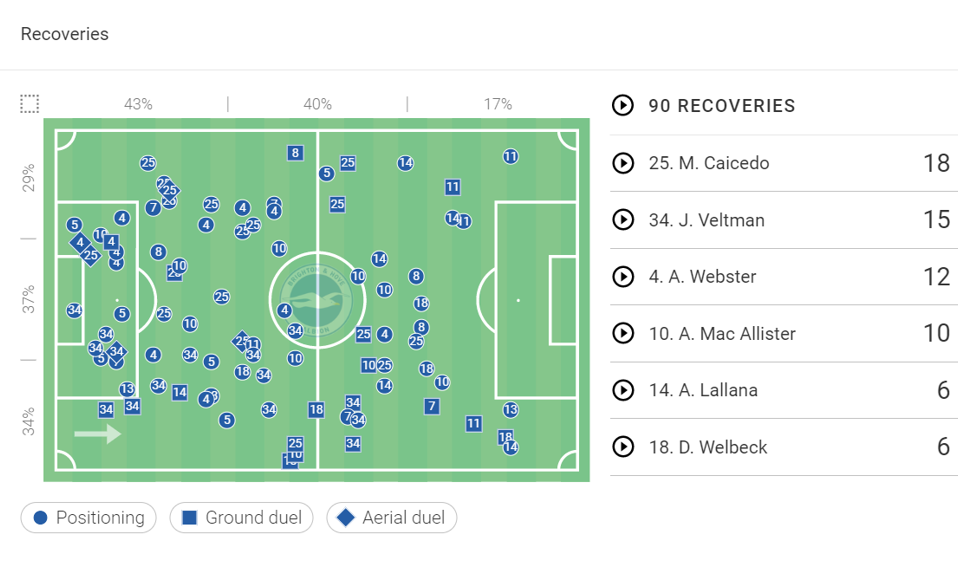 Brighton players made 90 recoveries, with 37 coming inside the middle third and 16 in the final third.

Manchester United players were unable to create a lot of trouble for the opposition, and that ended their day with zero points. They started the game without a regular number nine due to injuries and a lack of attacking options. The manager will look to make one or two new signings and change some tactics that could earn him his first win as Manchester United’s manager.