Manchester United are facing some concerns after their star player, Cristiano Ronaldo, said that he was unhappy with the transfer activities and might look for a new challenge next season. They are now starting to engage in transfer activities and negotiating a move for the players on their wishlist. One of the players targeted by the Red Devils is former Bournemouth and current Villareal winger, Arnaut Danjuma. The 25-year-old Dutchman made a move to the LaLiga side in the summer of last season. He played a crucial part in his side’s run to the semi-finals of the UEFA Champions League. The player showed consistency throughout the season, and that is the reason he is on the wishlist of a few clubs. 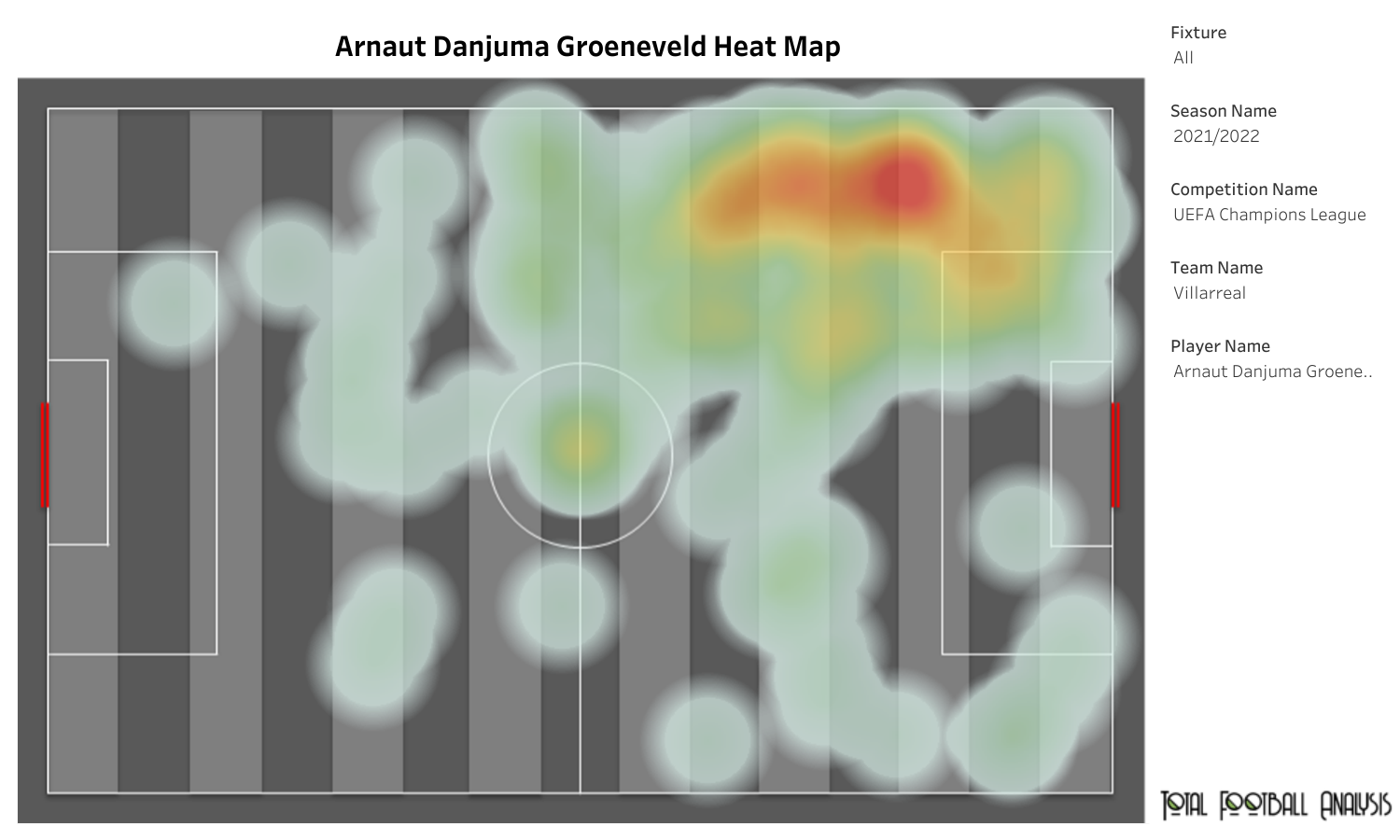 Danjuma made 34 appearances for Villareal in all competitions and managed to score 16 goals along with four assists. He appeared in 11 UEFA Champions League matches for the Yellow Submarines, where he managed to score six goals and provided an assist. The above heat map shows that the player features on the left side and likes to cut inside to attempt a shot. Villareal were effective on the counter-attack, and Danjuma led the attack on most of the occasions. 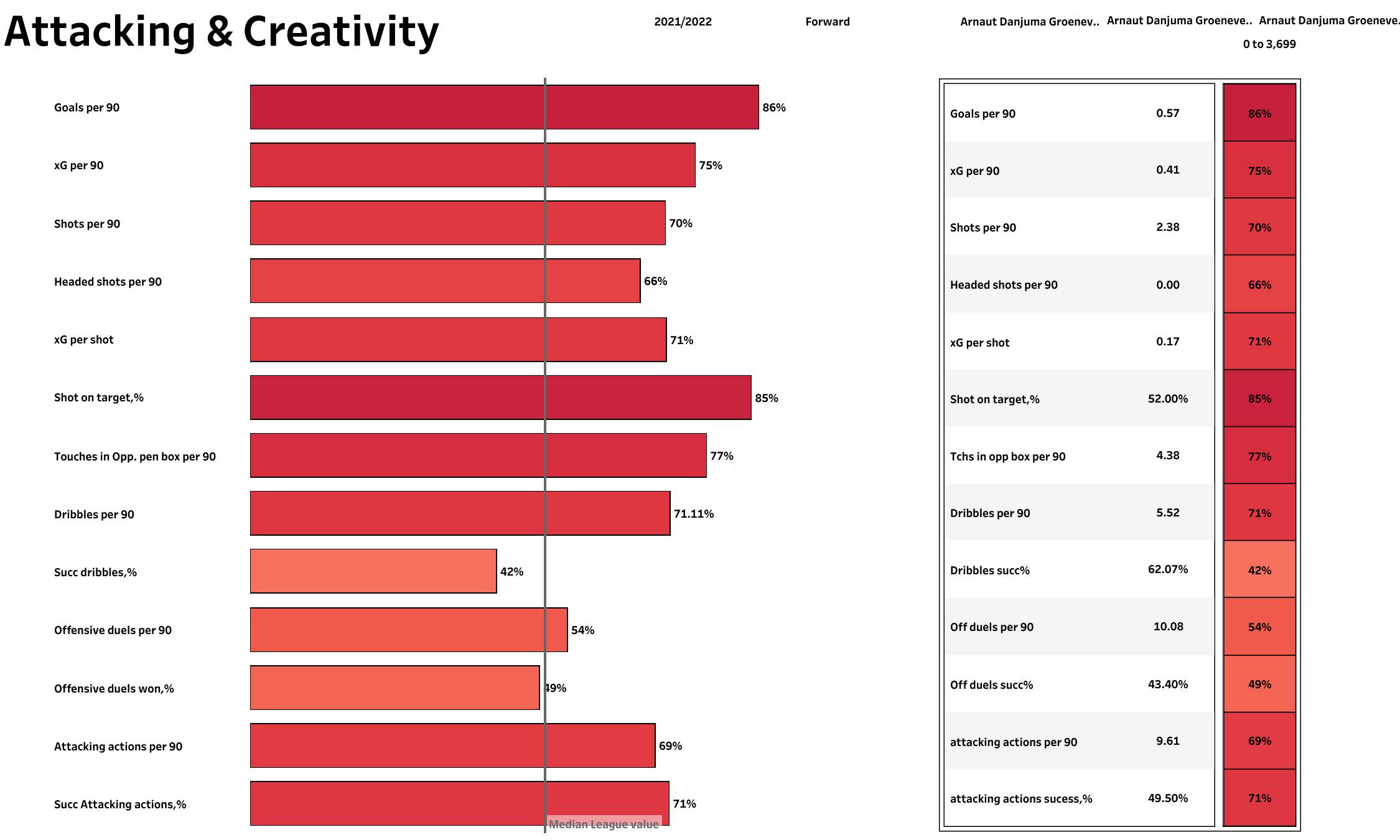 The Dutchman was involved in 9.6 attacking actions per 90 minutes and had a success rate of 49.5%. When looking at the above chart, the general rule is that the longer the bar, the better the performance — you can see the league average in the middle, and the % is the percentile rank the player is in. He penetrated the opposition’s penalty box quite often and took 46 touches inside it. The winger also likes to dribble past the opposition defence and had a 62% success rate with 58 dribble attempts. 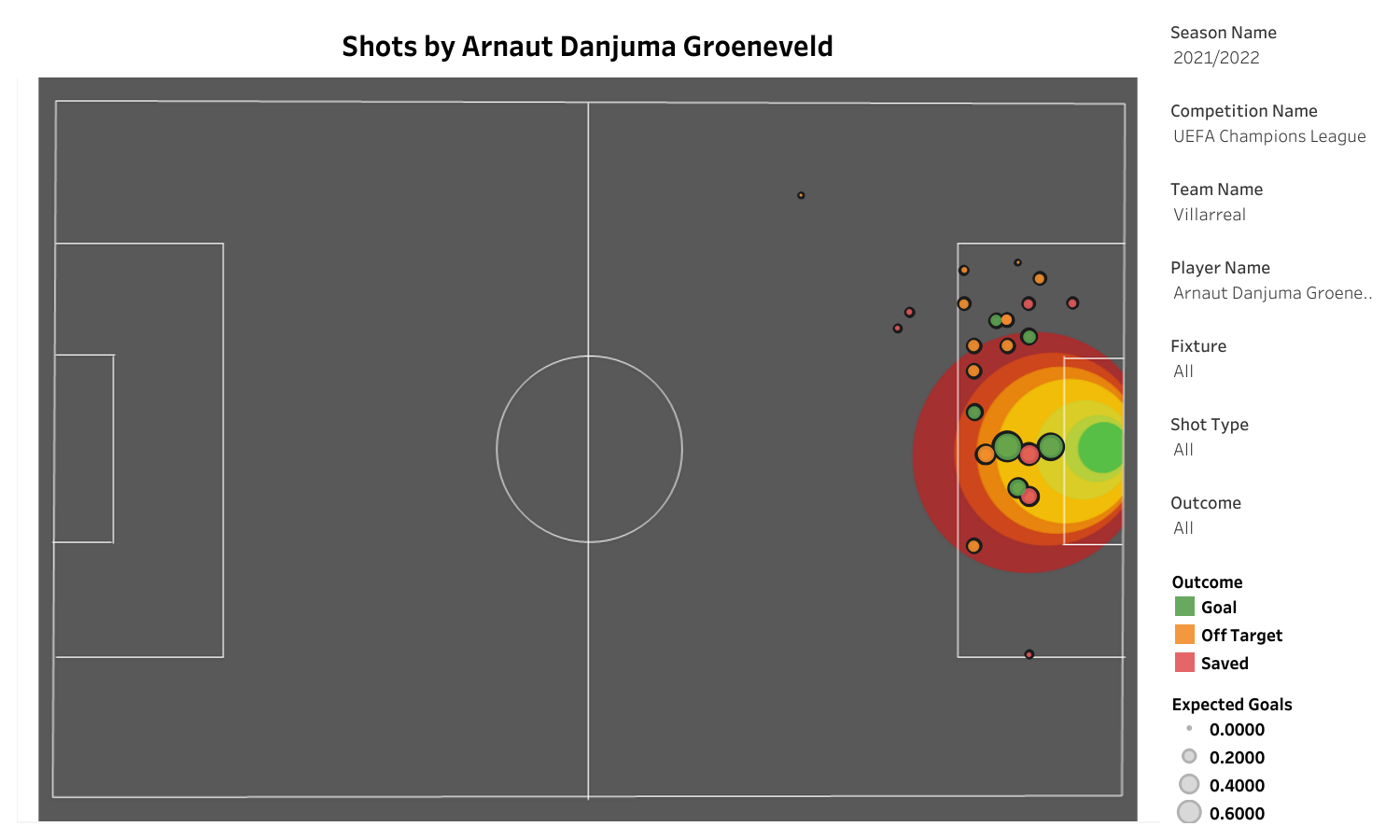 Arnaut Danjuma attempted 25 shots last season with an average of 2.4 shots per 90 minutes. He managed to hit the target 13 times and convert six opportunities. One of the goals was scored from the penalty spot. The shot map shows that Danjuma likes to cut inside and attempt shots from inside the penalty box. He attempted 23 shots from inside the box, and 11 were on target. His positioning was impressive as he found space for himself in front of the goal and converted three opportunities. 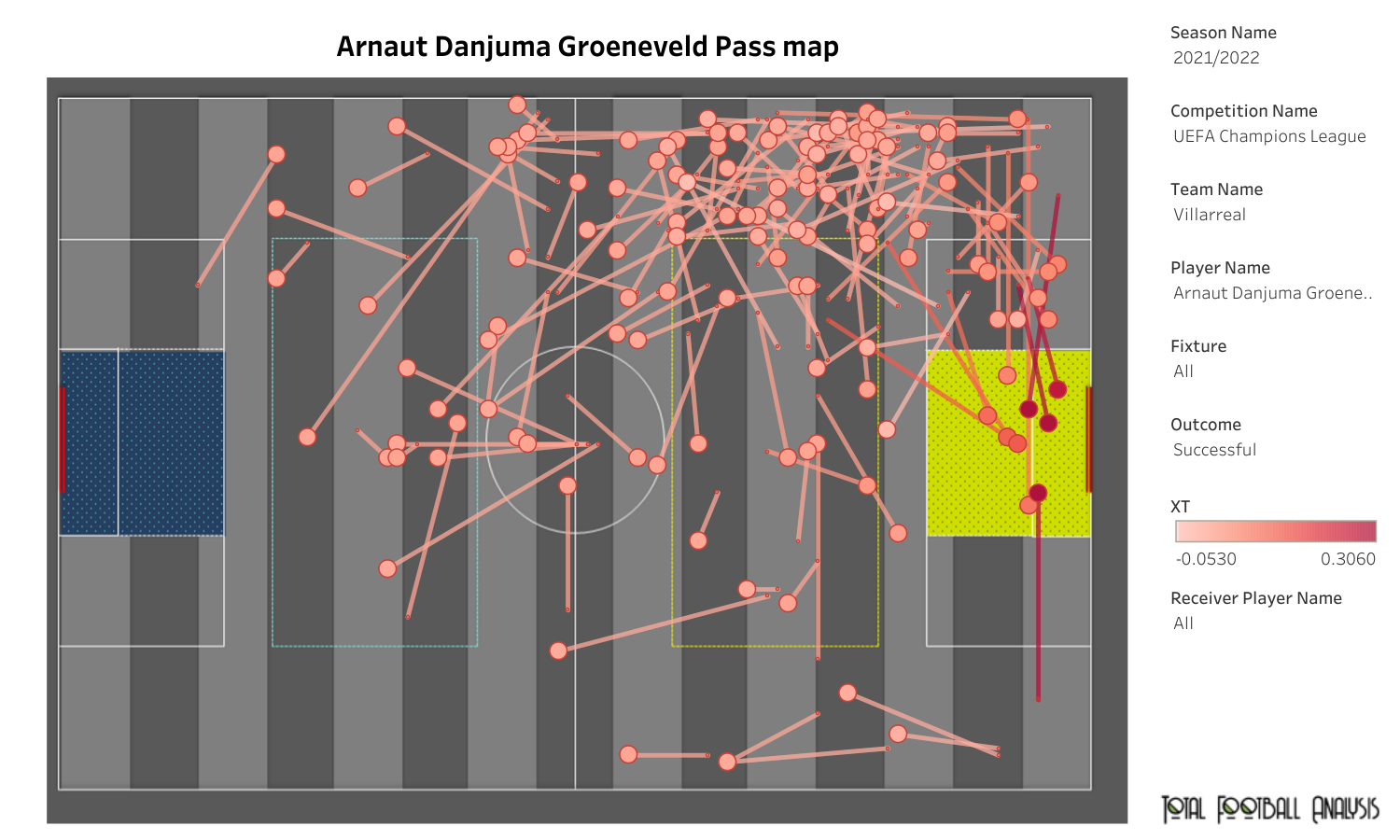 The winger not only scored goals but also helped his teammates score. He averaged 15.5 passes per 90 minutes with an accuracy rate of 81.6%. Villareal were unable to hold the ball in the knockout stage of the competition, and that is the reason why the players averaged a bit lower for attempting passes. The above viz shows all the passes that were successfully delivered by the player. His 17 passes found a teammate inside the opposition’s penalty box. A few of the passes even landed inside the opposition’s 6-yard box.

Arnaut Danjuma showed a lot of improvement last season and could be moving away from Spain. Last season, Manchester United’s attack was dependent on Cristiano Ronaldo. Most of their players failed to score goals consistently. This is why the Red Devils are targeting different players who could improve their attack and help them score more goals in a crucial season up ahead.