Manchester United have plans to rebuild the squad and have already bought in another transfer target in the form of Inter Milan defender, Denzel Dumfries. Erik ten Hag is looking to bring in new faces and has already listed some unwanted players who are likely to leave in the summer. Aaron Wan-Bissaka is one of the players who is set to leave the club. He will leave the right-back position open as the Red Devils will have Diogo Dalot as the only right-back option available in the team. Manchester United are now targeting the Dutch defender, Dumfries, for that position. The player joined Inter Milan last season from PSV and is rated as one of the best right-backs in the world. Erik ten Hag is also a huge fan of the player and is keen on signing him.

The Dutchman featured in seven UEFA Champions League games for Inter Milan this season. He started in five matches and came on as a sub in the other two. The player also provided an assist for his team. 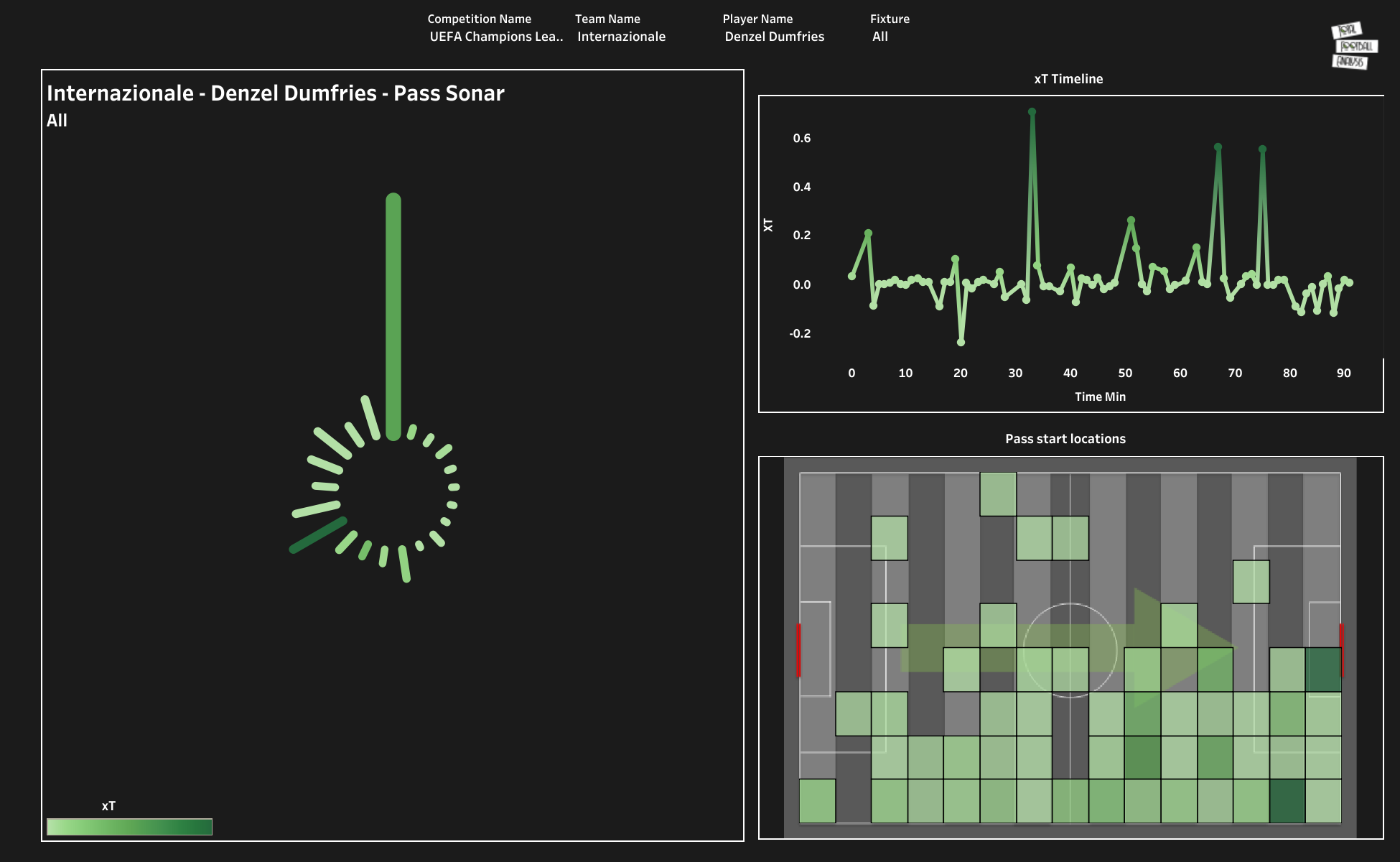 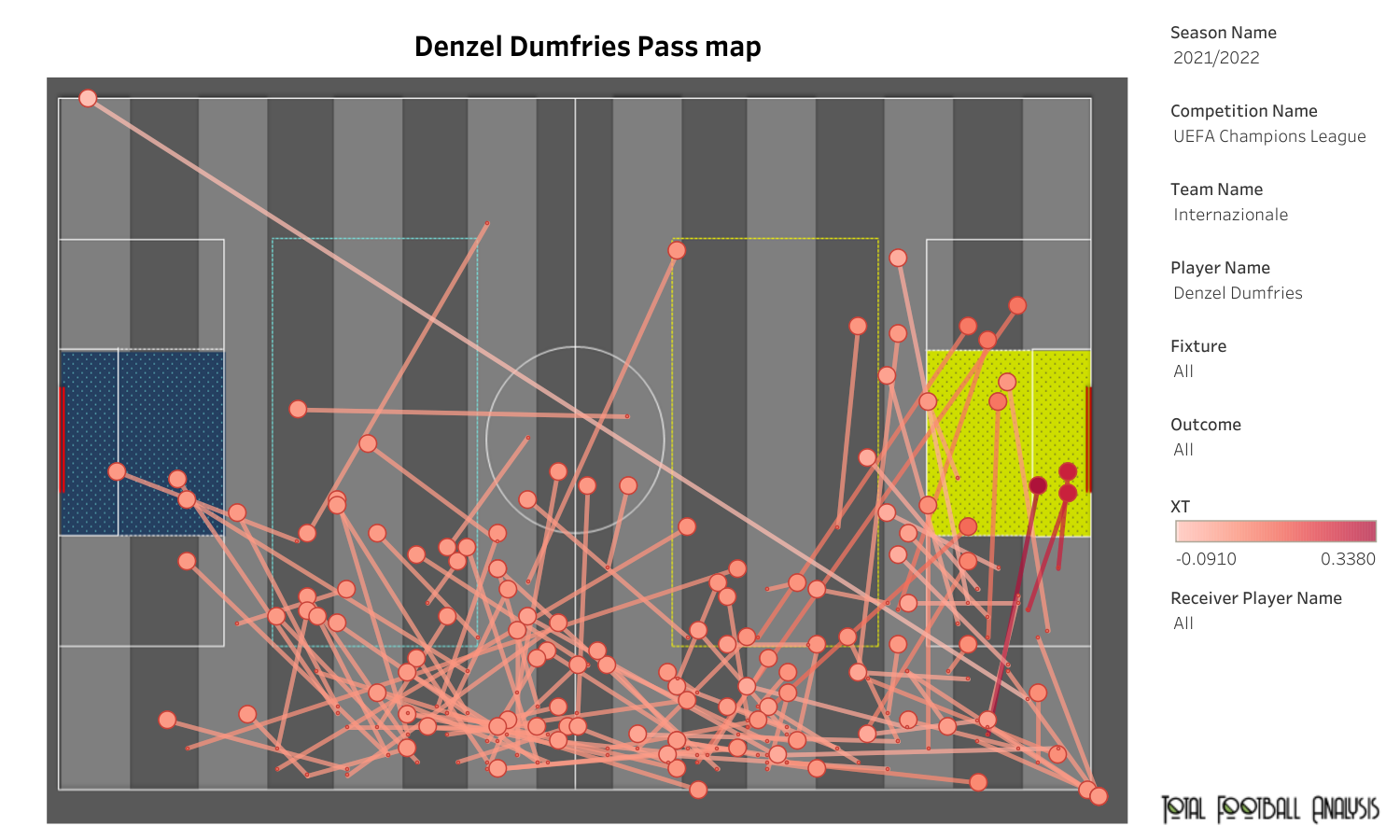 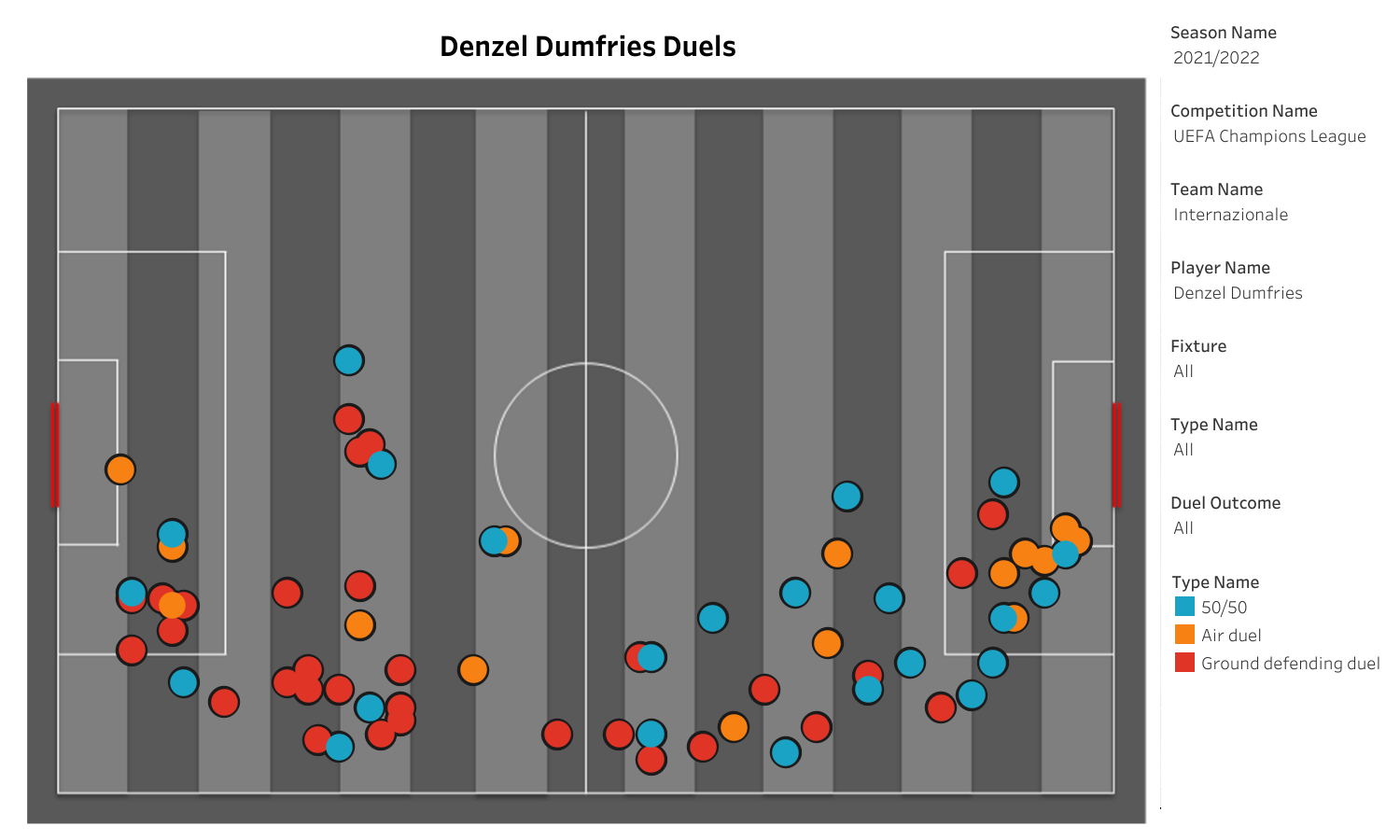 Dumfries contested most of the duels inside the opposition’s half. He averaged 5.69 defensive duels, 2.76 aerial duels and 4.22 loose ball duels per 90 minutes, respectively. For these duels, the player had a success rate of 19.35%, 46.67%, and 47.83%, respectively. The 26-year-old full-back has also contested a few duels inside the opposition’s penalty box.

The Dutchman is one of the most attacking full-backs and could be a great addition to Manchester United’s side. The Red Devils are in desperate need of a consistent full-back who can run up and down the pitch and show some quality with the ball at his feet. They would need to offer a lot of money to sign Denzel Dumfries from Inter Milan.