Manchester United made some signings in the summer to improve their attack. They brought in the likes of Cristiano Ronaldo, Jadon Sancho, and Raphael Varane to boost their squad. However, one position for which the team requires a player is the defensive midfield position. English Premier League side West Ham United player Declan Rice is on the wishlist of the club. Rice has been a consistent performer for his side and is a regular in the England squad.

Declan Rice has made 19 appearances for West Ham this season. He has scored one goal and provided four assists. The midfielder has already surpassed his highest assist count from the previous season. 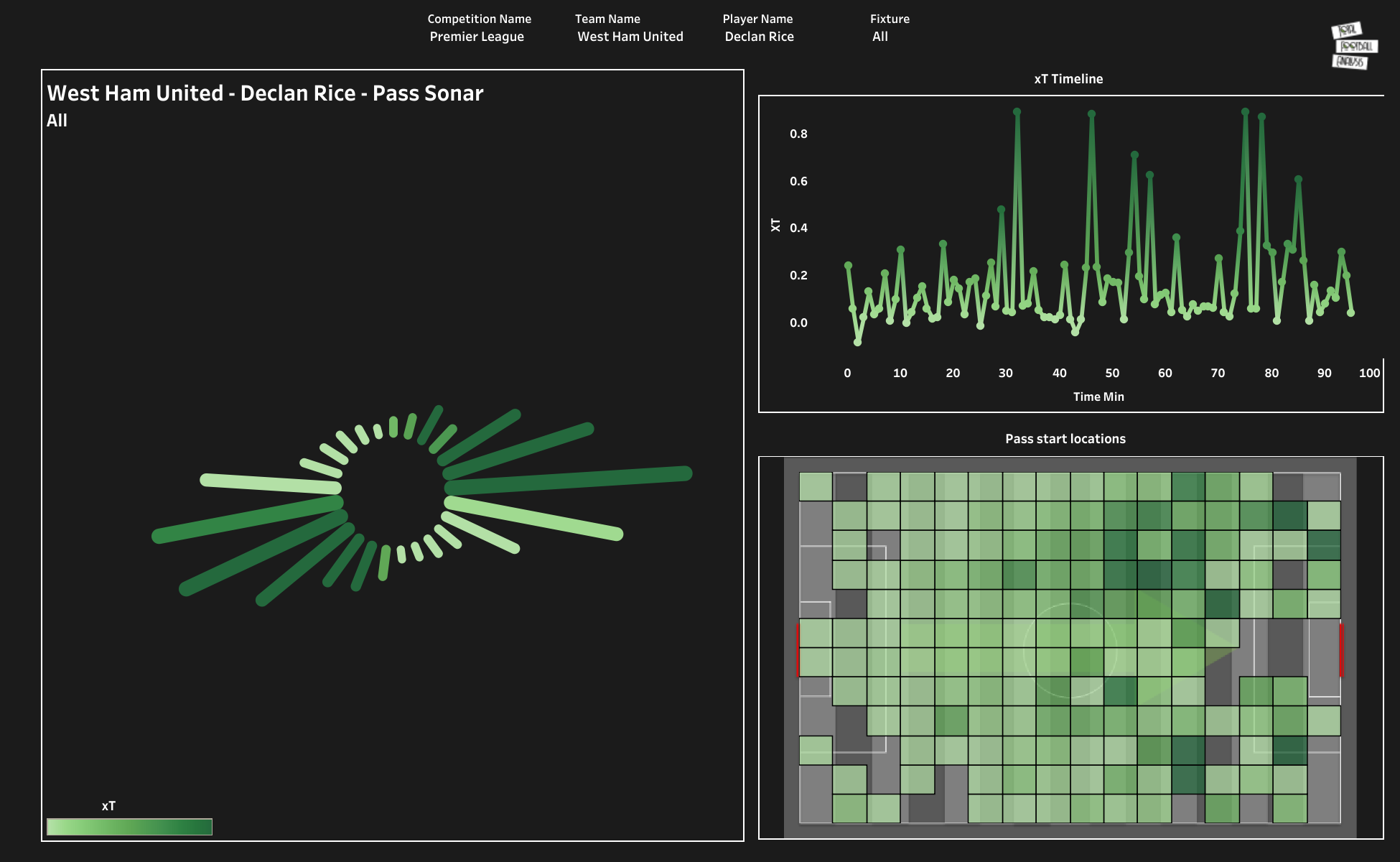 Declan Rice has the most number of passes of the ball for the Hammers. The pass start location shows that the midfielder has operated from every part of the field and mostly from the left side of the midfield. The highest threat rate is created from passes that were attempted after halftime. This shows that his passes have been effective during the first 15 minutes of the second half. His passing also creates a lot of threats towards the end of the match. Rice has attempted the most number of passes towards left-back Aaron Cresswell. The highest threat rate is created from passes towards Said Benrahma, who features on the left side. 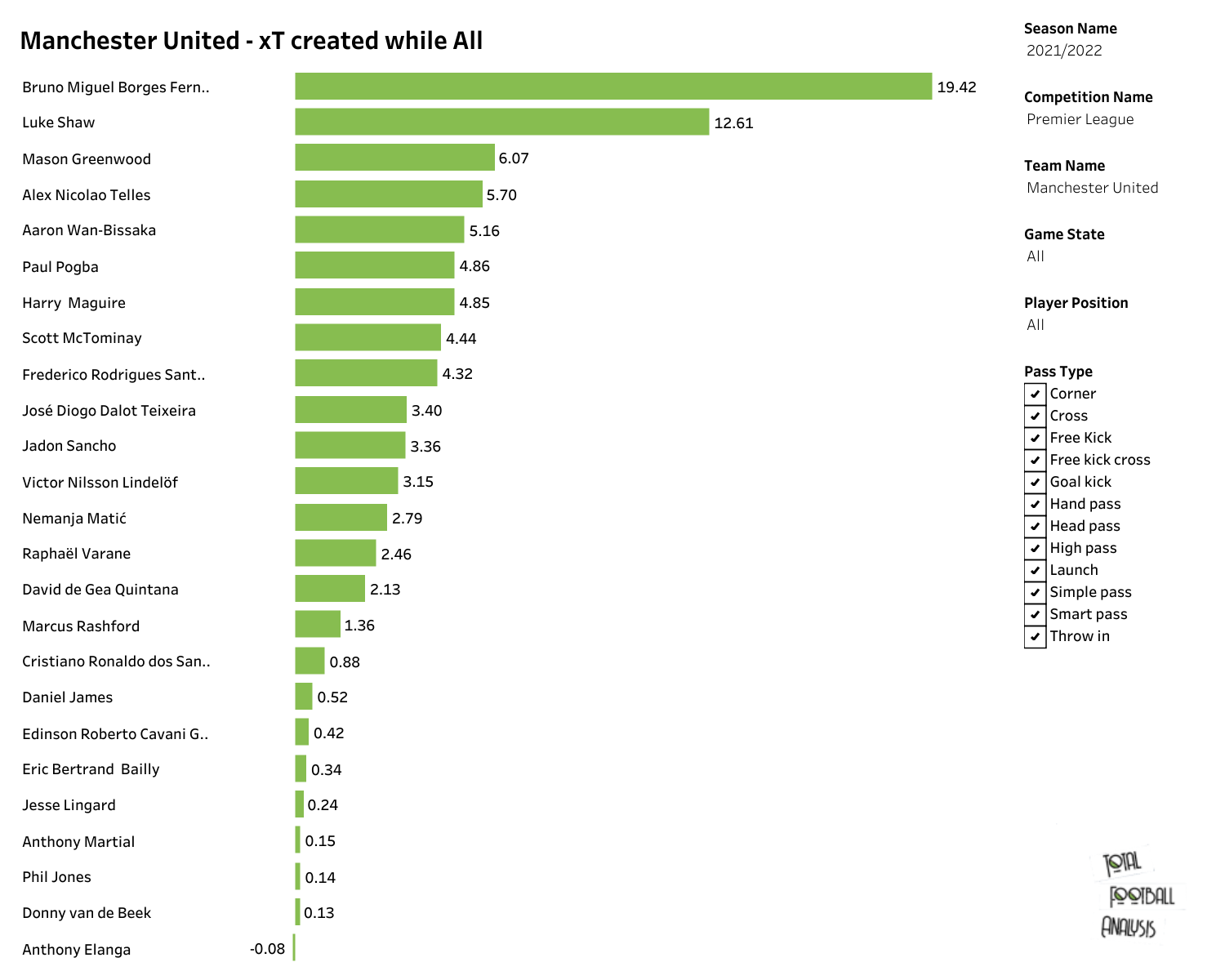 The above viz shows the expected threat created by Manchester United players this season. The Red Devils heavily rely upon Bruno Fernandes and left-back Luke Shaw. None of the central midfield players has created enough threats with their passing on the pitch. 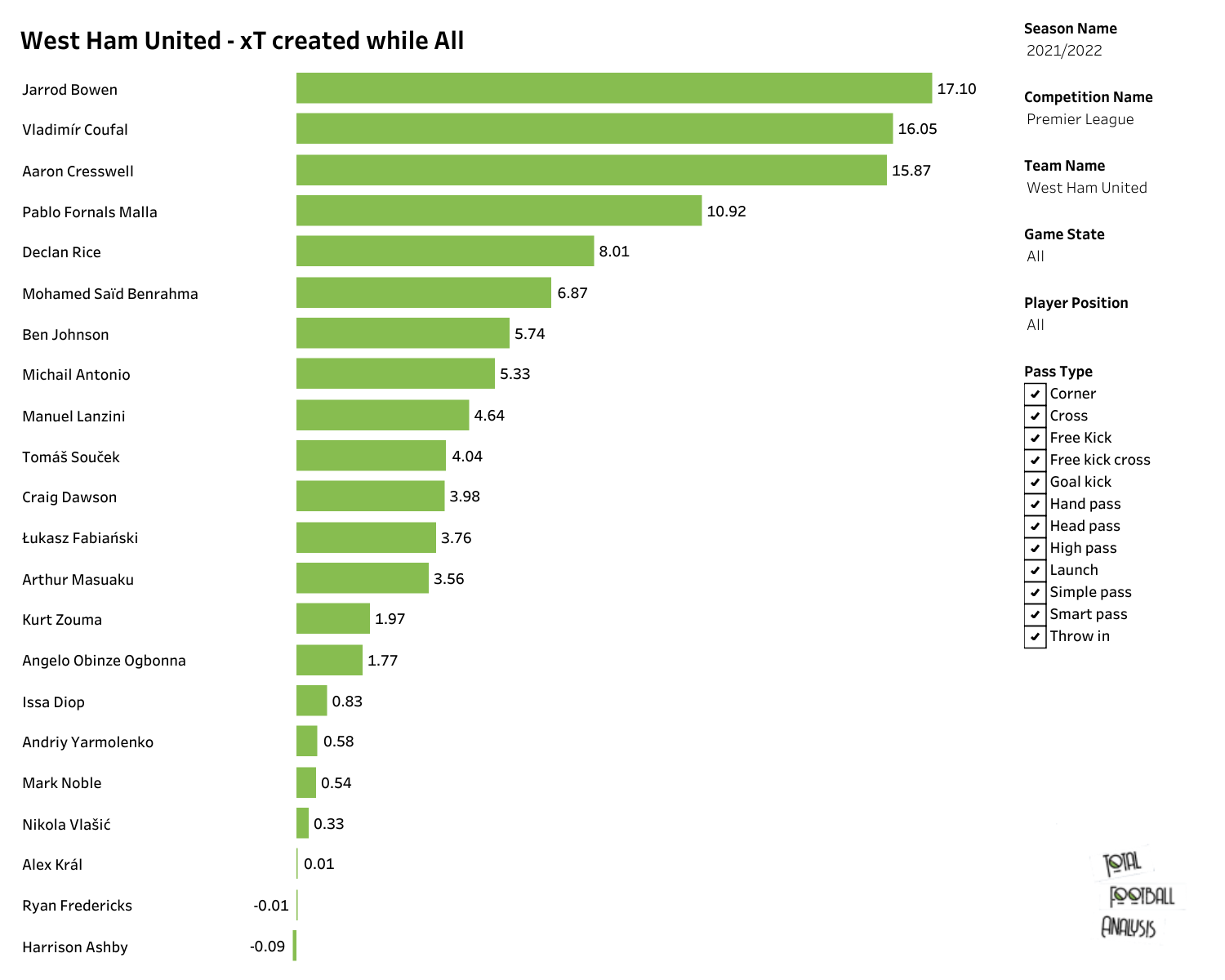 Jarrod Bowen has created the highest threat rate with his passes for the Hammers. Declan Rice is fifth on the chart for creating threats on the pitch with passing. The 22-year-old has created a threat rate of 8.01 and is better than most of the midfielders in the Manchester United squad. 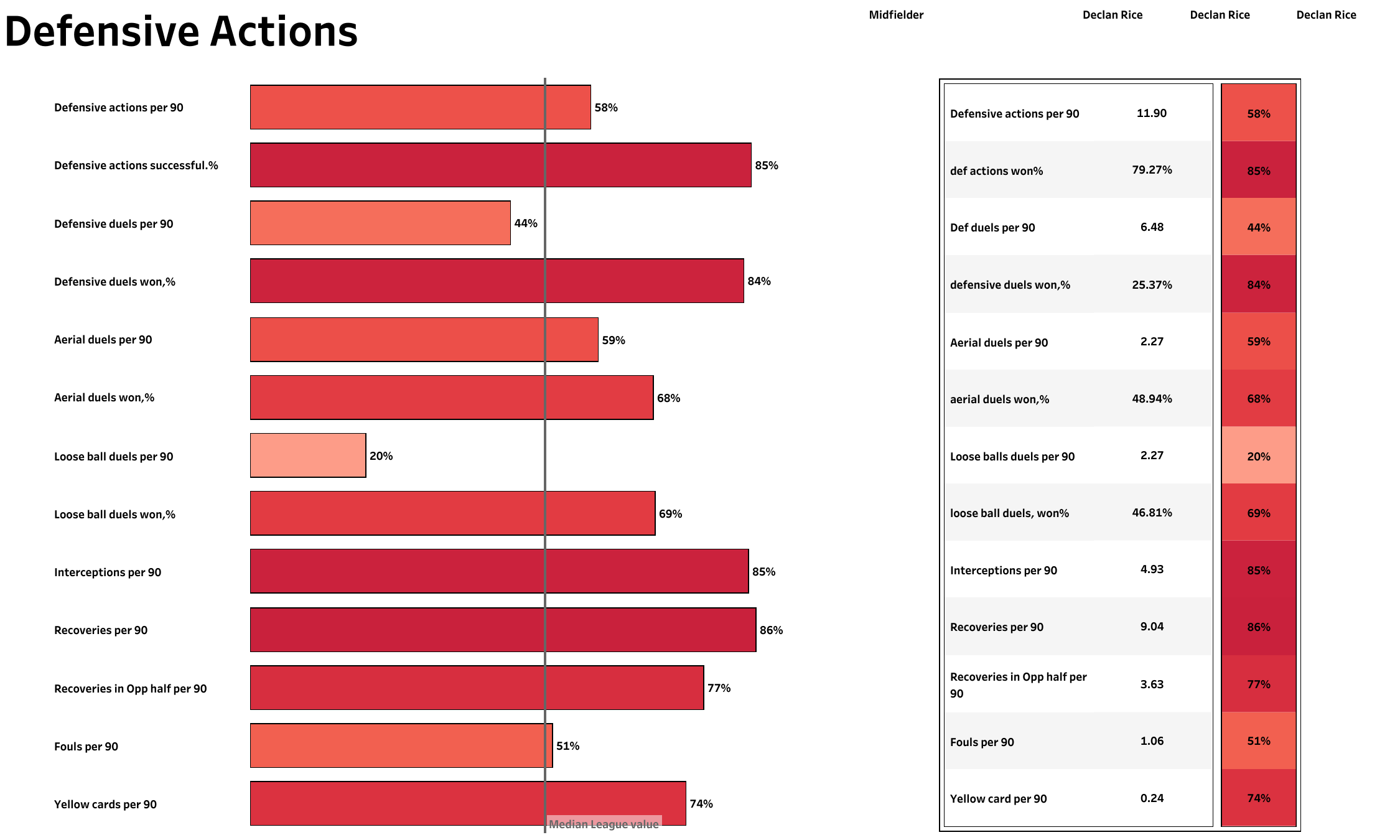 Declan Rice is not only effective with his passing, but also helps in the team’s defense. When looking at the above chart, the general rule is that the longer the bar, the better the performance – you can see the league average in the middle, and the % is the percentile rank the player is in. Rice is involved in 11.9 defensive actions per 90 with a 79.27% success rate. The midfielder has made 102 interceptions, 187 recoveries, and 75 recoveries were made inside the opposition’s penalty box. He has a high percentile rank when compared to the other midfielders in the league.

The stats show that Declan Rice offers defensive stability along with a passing threat for the team. He is the highest passer of the ball for the Hammers and is one of the main reasons behind their good form this season. Manchester United will try to sign the youngster to boost their midfield.