Manchester United’s hopes of qualifying for the UEFA Champions League are over after poor performances in recent games. Ralf Rangnick’s men have won 16 games, and these numbers are fewer than the other teams ranked above them. The biggest problem with the Red Devils this season has been that they have drawn ten and lost 11 matches in the English Premier League. They have only collected four points in the last five games, which also included a 0-4 loss against Brighton & Hove Albion in the last round. The Red Devils have conceded 56 goals, 11 more than Arsenal, who are ranked just above them. They have the poorest defence of the top six teams in the table. The main reason behind their inconsistency is finding the right balance in defence. Manchester United’s manager has made a lot of changes to the defence due to injury issues and the underperformance of some of the star players. 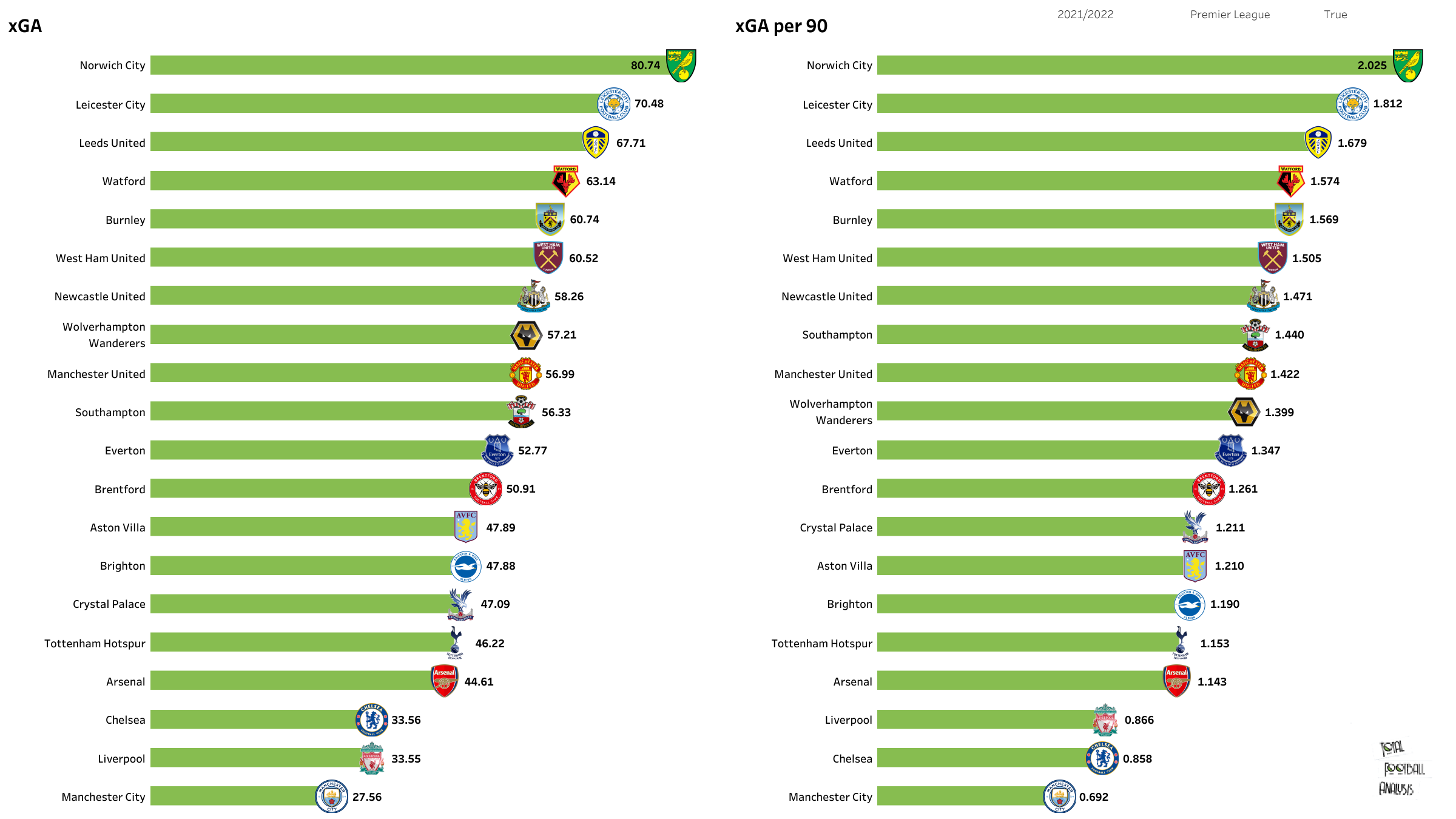 Manchester United’s defence has conceded 57 goals and only kept eight clean sheets this season. The above viz shows the expected goal against rate for the Red Devils this season. Manchester United have the worst xGA rate amongst the top six teams in the league. The opposition has found it easy to create chances against the team. In the last ten games, Ralf Rangnick’s men have conceded 22 goals. They conceded 35 goals in 27 games, and this poor run of form has suddenly increased their average of conceding goals.

Due to this issue, the manager dropped club captain Harry Maguire to the bench. Raphael Varane and Victor Lindelof have been at the heart of the defence in the last four games, but this move hasn’t helped their cause. Manchester United conceded eight goals with an average of two goals per game and only kept one clean sheet against a weaker Brentford side. 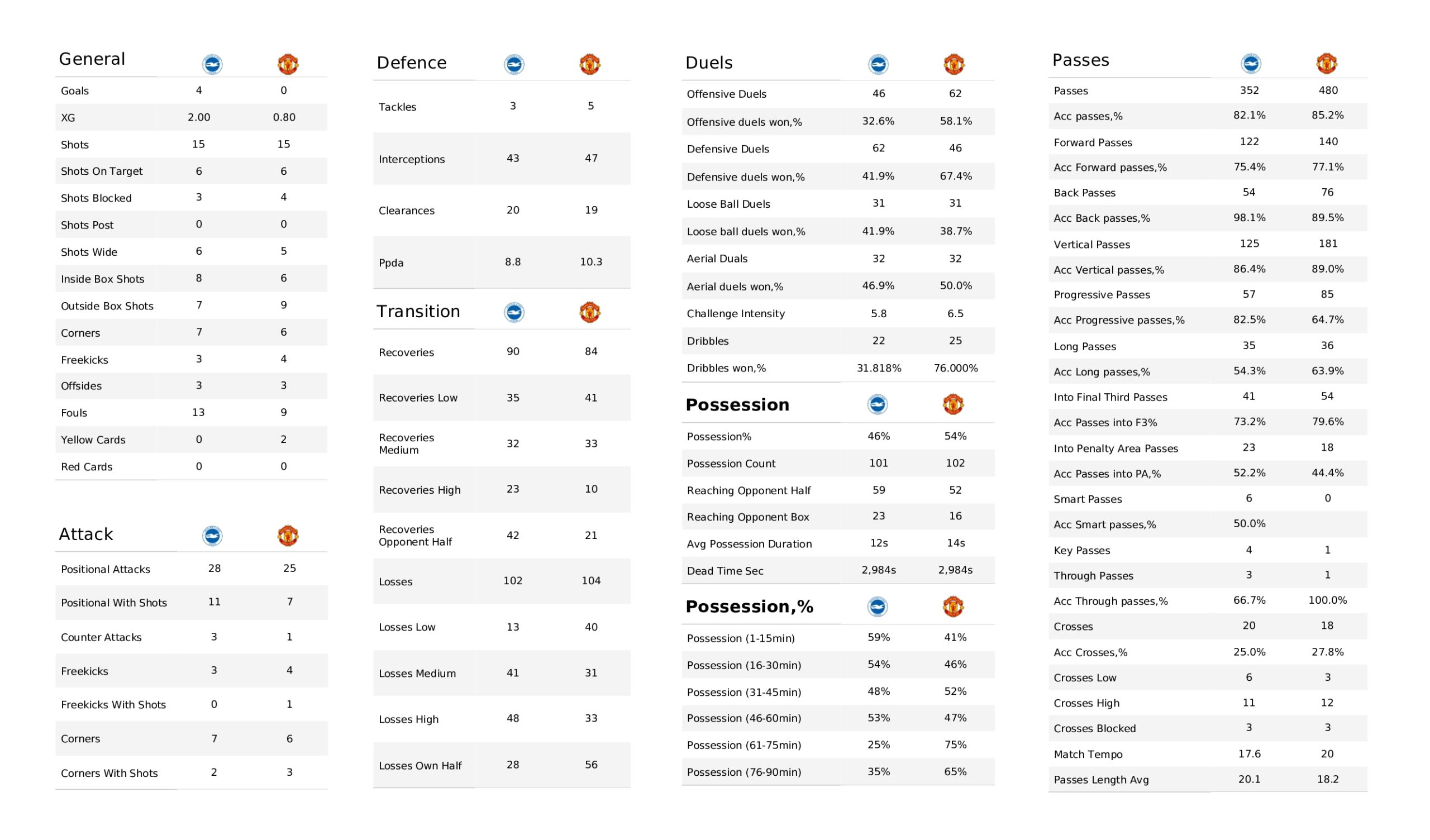 In the last match, Manchester United were all over the place. The Red Devils conceded four goals against Brighton. They were involved in a lot of defensive actions and failed to clear their lines. The lack of creativity up front and the inability to hold the ball has also pressured the defence. They have to defend most of the time during the matches, and the defence has committed some mistakes which have allowed the opposition to score goals. Another major source of concern is that the defence lacks defensive cover in front of them. The defensive midfielder and central midfielder have failed to protect the defence and hence, put pressure on them.

Manchester United will look to strengthen their defence next season by selling some of the players and bringing in new faces. Raphael Varane arrived in the summer but was injured for some parts of the season. He is starting to get used to the pace of the English Premier League. Harry Maguire has received a lot of criticism in recent months, and he could lose his place next season in case the Red Devils sign another defender. Erik ten Hag will have a huge task in hand as he will have to organise the defence and make sure that the opposition finds it difficult to score against the Red Devils.

Is Man Utd trying to shore up the defence by buying...