Manchester United’s hopes of silverware ended this season after losing to Atletico Madrid in the UEFA Champions League 2021/22 campaign. The English Premier League side played a two-legged knockout tie against Atletico Madrid, which ended 2-1 in favor of the Spanish club. Ralf Rangnick’s side failed to create a lot of chances against a defensive Atletico side, and this was one of the main reasons behind their exit from the competition.

The Red Devils ended the campaign with 12 goals in eight matches and created a low xG rate of 8.29. Against Atletico Madrid, Manchester United only scored a single goal with an xG rate of 1.4. Earlier, the team averaged 1.15 xG per match, and there was a significant decrease in their expected goal rate. 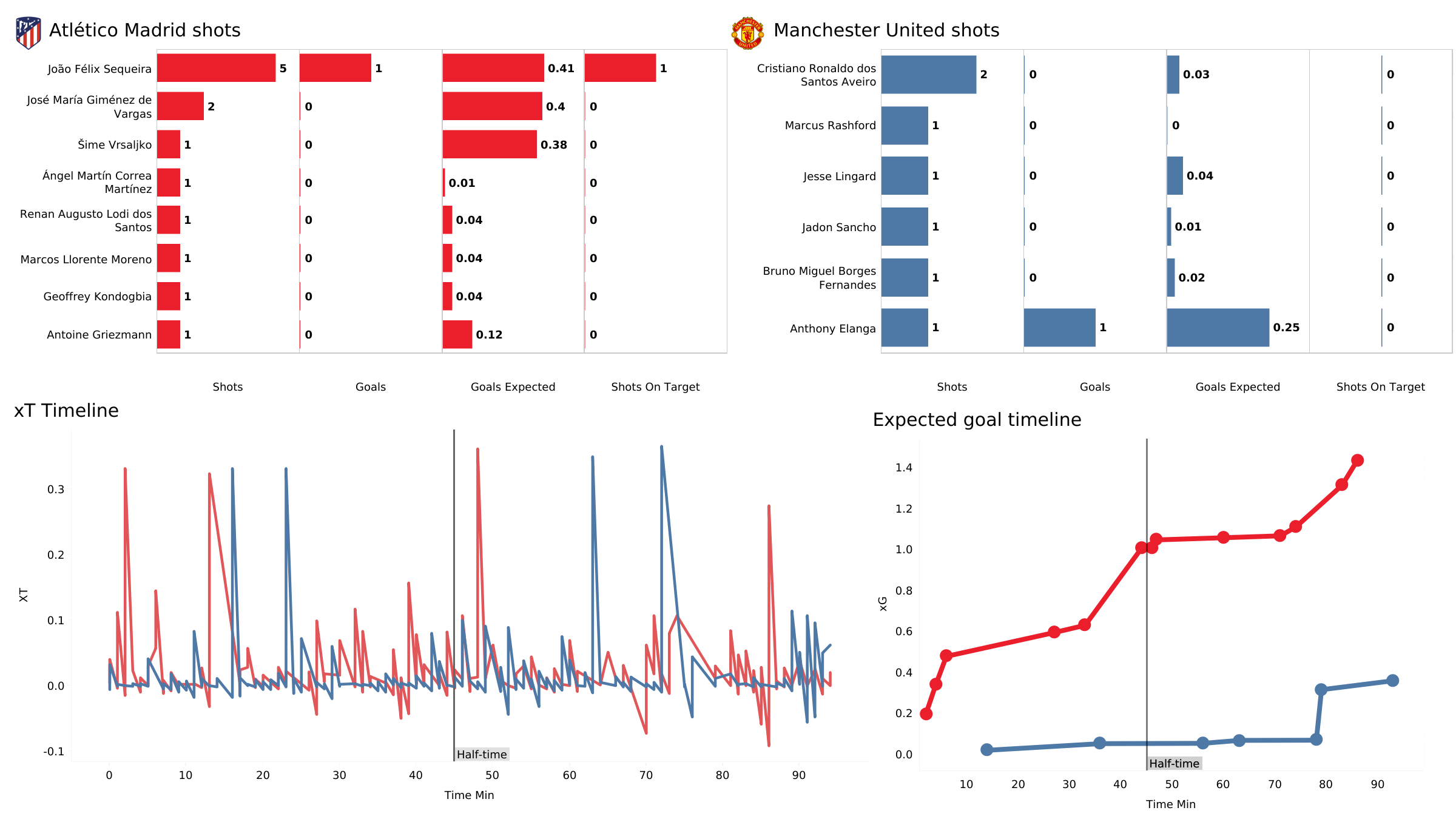 The first game between the two teams ended in a 1-1 draw. The home team got an early lead, and Anthony Elanga came off the bench to score an equalizer for his side. The xG timeline shows that Manchester United attempted seven shots, but only two in the first half. Before this match, Manchester United had attempted 63 shots in six games and averaged more than ten shots per match. There was a significant decrease in the number of shots. The xT timeline shows that the Red Devils failed to create constant threats and only attacked in different phases of the match. Other than this, they only created 16 positional attacks, whereas they averaged more than 30 positional attacks per match before this game. 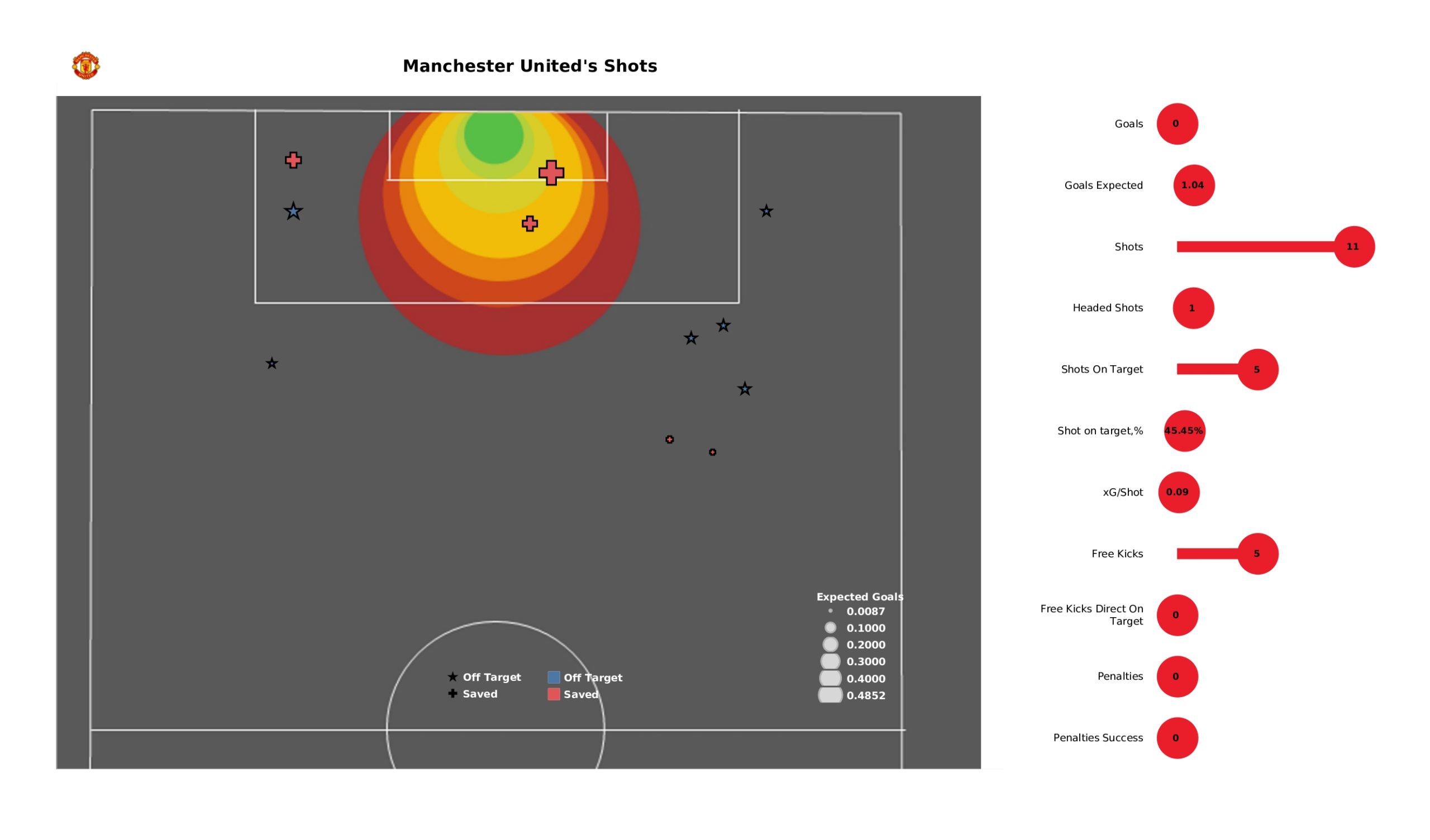 The second leg saw Manchester United players attempt 11 shots towards the opposition’s goal and manage to hit the target on five occasions. Most of the shots were attempted from outside the opposition’s penalty box. The Red Devils attempted five shots in the first half of this match and six in the second half. The positional attack count was 40 in this match, and there was a significant improvement in their attacks, but they failed to convert most of their chances. 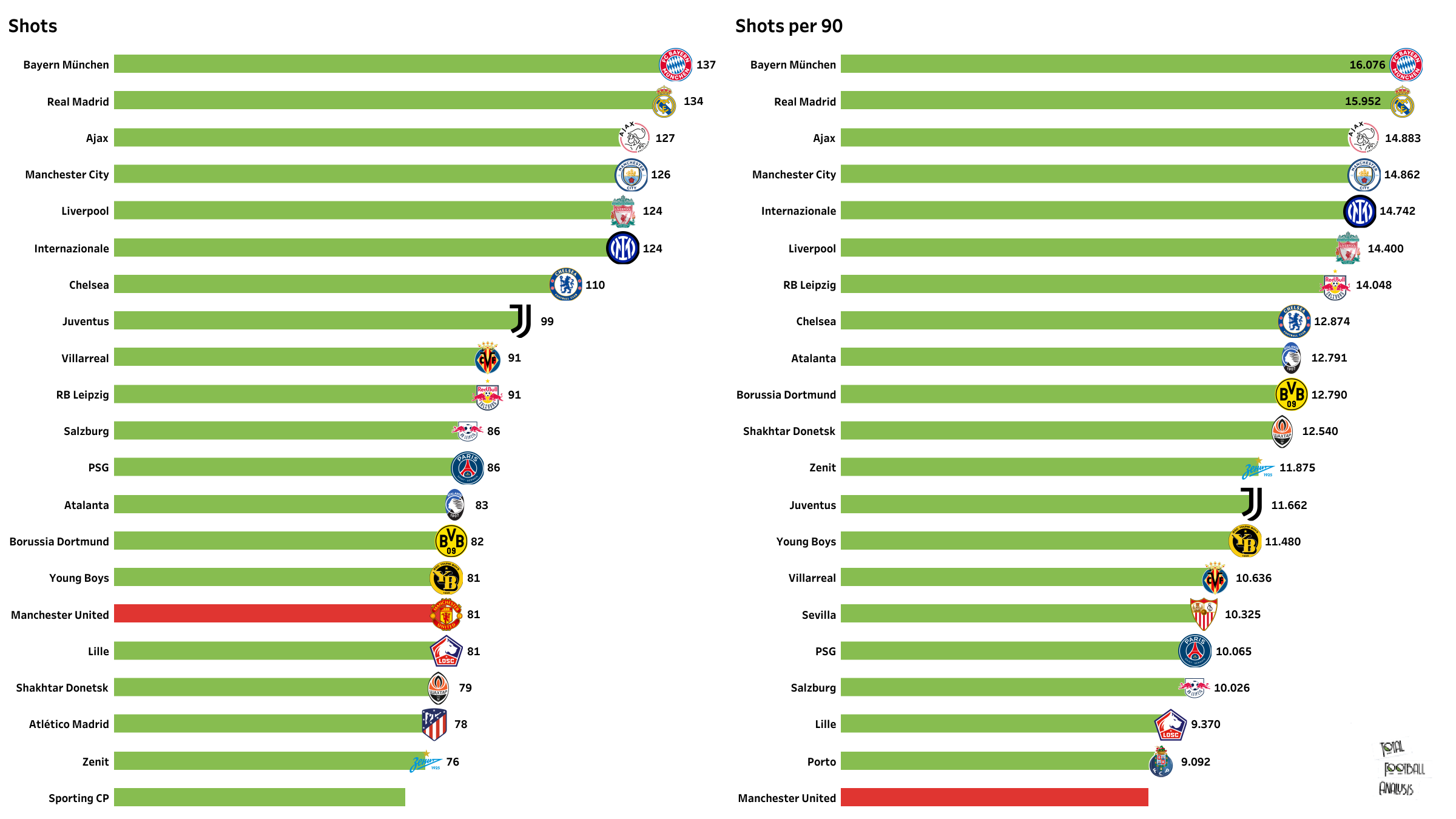 Manchester United failed to capitalize on most of the opportunities and failed to create enough threats. They attempted fewer shots despite going down early in the first game. In the second leg, they once again failed to take a lot of shots after going down in the first half. The Red Devils will now look to win all the remaining matches in the league and qualify for UEFA Champions League 2022/23 season.