Brentford will host Manchester United at the Brentford Community Stadium in the English Premier League. This is a rescheduled fixture from gameweek 17, and this is the first time that both these clubs are facing each other in the Premier League. The Red Devils are currently seventh in the league standings and have earned nine points more than their opponents with one game in hand.

Brentford suffered a 0-3 defeat against Liverpool in their last match. This was their tenth loss of the season, and the Bees haven’t kept a clean sheet in the last ten matches. They have scored 24 goals with an xG rate of 28.7. In return, the Bees have conceded 33 goals with an xGA of 27.69. 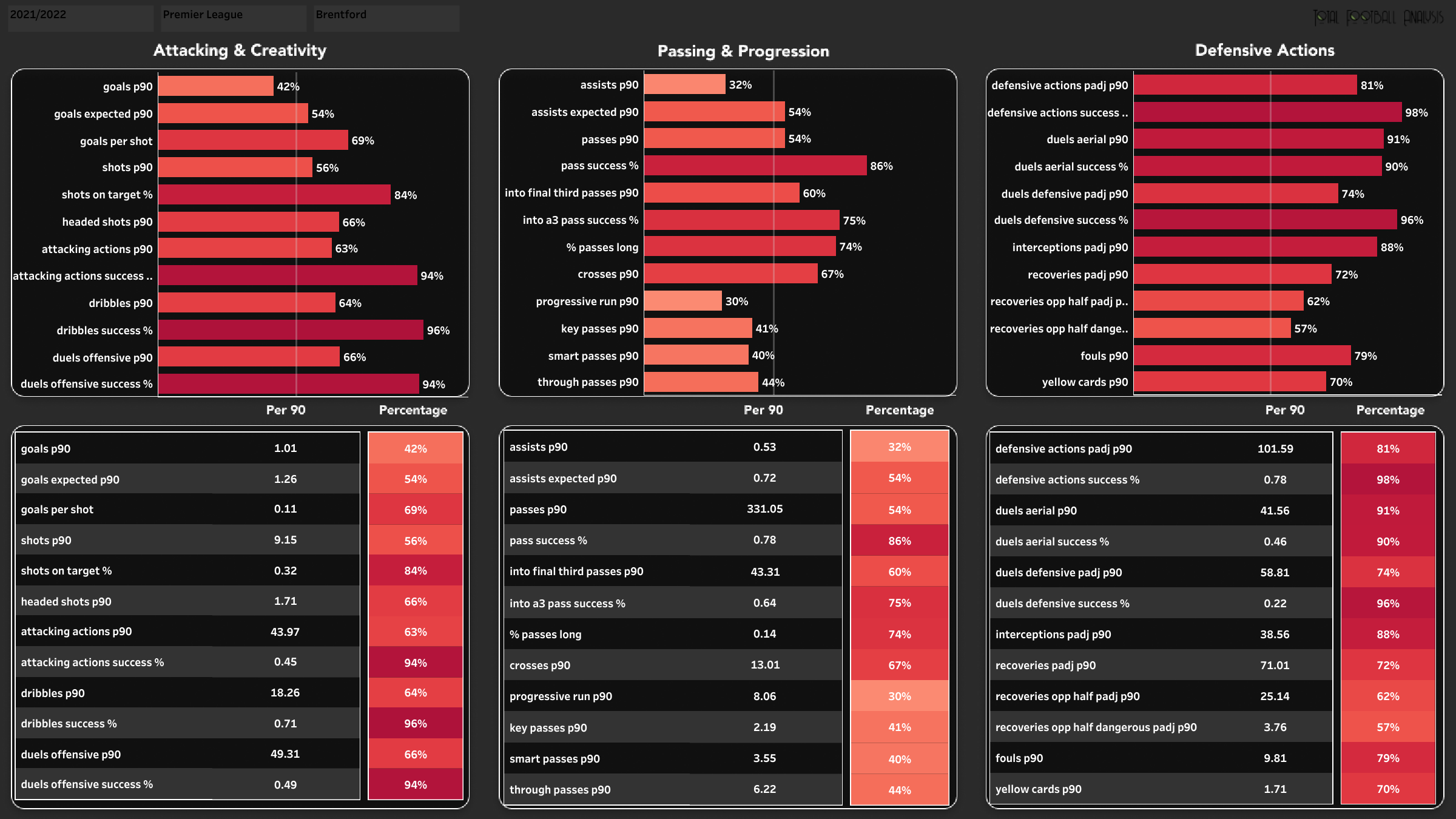 When looking at the above chart, the general rule is that the longer the bar, the better the performance—you can see the league average in the middle, and the % is the percentile rank the player is in. Brentford players have attempted 209 shots this season and average more than nine shots per 90. The shot accuracy rate of the team is 35.88 and they average 1.01 goals per 90. The Bees are ranked low when it comes to passing the ball. Thomas Franck’s men average 331 passes per 90, and 43 of these have been attempted into the final third. Brentford have a high percentile rank when it comes to defending, and this hints that they are involved in a lot of defensive actions.

Brentford have quite a few names who will miss the match due to injuries or involvement in the Africa Cup of Nations. Rico Henry returned from injury against Liverpool after spending some time on the sidelines.

Manchester United played a disappointing 2-2 draw against Aston Villa in the previous round. The Red Devils let their two-goal lead slip and lost two points from a winning position. Ralf Rangnick’s men have scored 32 goals with an xG of 29.25 and conceded 29 goals with an xGA of 32.79. A total of 267 shots have been attempted with an accuracy rate of 34.83%. 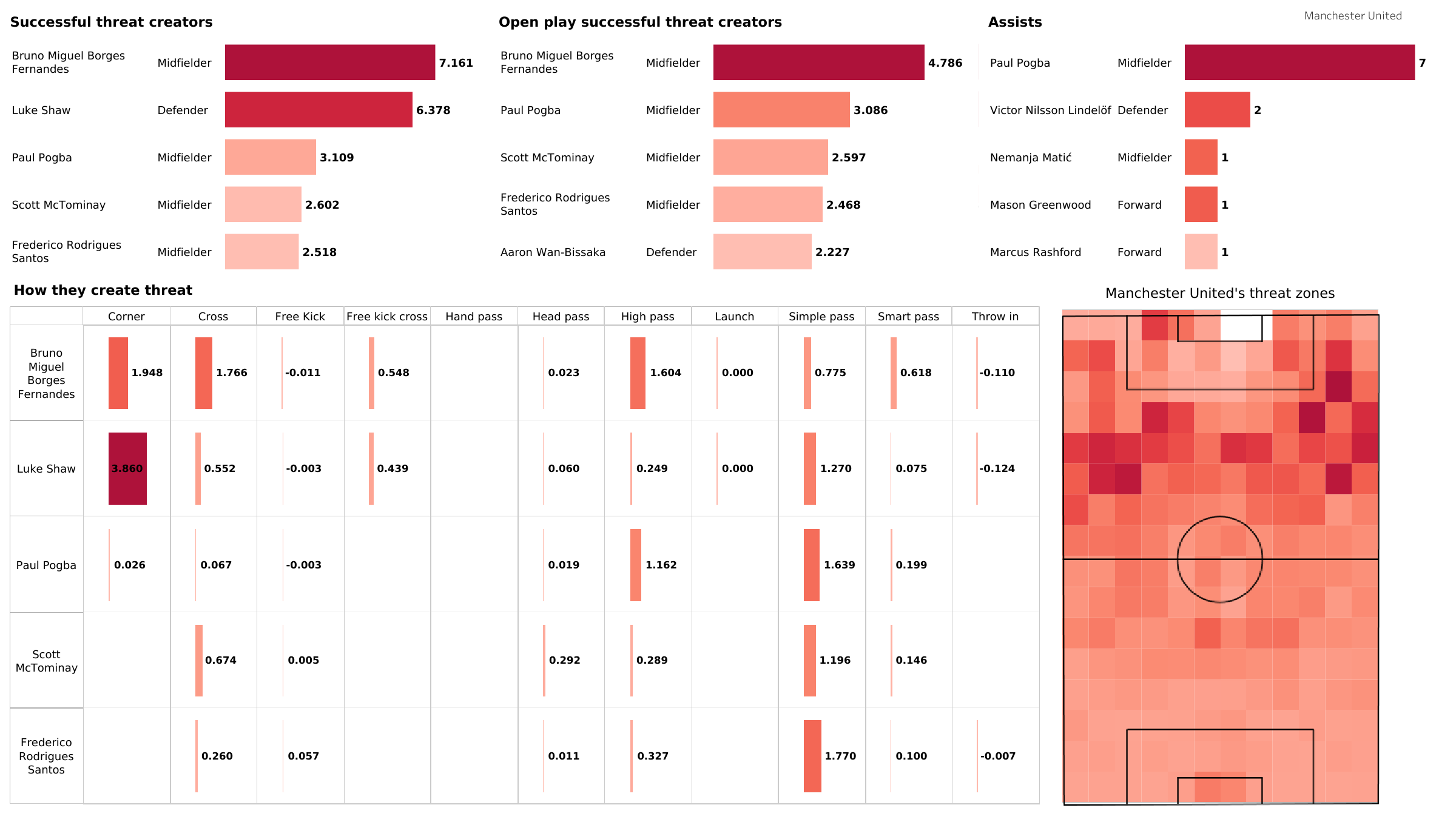 The above viz shows the threat creation zones for Manchester United. The threat zones are towards the wider sides, and Bruno Fernandes has created the highest threat for the team. Paul Pogba, Fred, and McTominay have created constant threats from the middle, whereas Luke Shaw is also active from the left side.

The Red Devils will look to return to winning ways after failing to win in their last two matches. The return of some of the senior players will boost the spirit of the squad, and they will be aiming for all three points.

“They’re going in the right direction” – Lukaku on Man Utd

Transfer Talk: Memphis Depay – Should the Red Devils sign their...