Erik ten Hag’s in-form Manchester United side will travel to the King Power Stadium to face Leicester City in the English Premier League. The Red Devils are starting to find their rhythm under the new management. The Foxes, on the other hand, have had a poor start to the season and sit at the bottom of the table.

Leicester City had a good start to the season as they took a 2-0 lead over Brentford in their opening match. They then conceded two goals in that match and had to settle for a draw. This draw was followed by three consecutive losses, and that leaves them at the bottom of the table. They have scored six goals with an xG rate of 0.85 and conceded ten goals with an xGA rate of 1.43. The defence is the biggest concern for the manager.

Manchester United’s 1-0 victory over Southampton would have lifted the spirits of the players in the team. They have scored four goals this season with an xG rate of 1.42 and conceded seven goals with a high xGA rate of 2.18. A clean sheet in the last match will be a boost for the defence, and they will look to add one more clean sheet to their tally.

Let us look at the three things that could prove to be crucial in the outcome of this match. 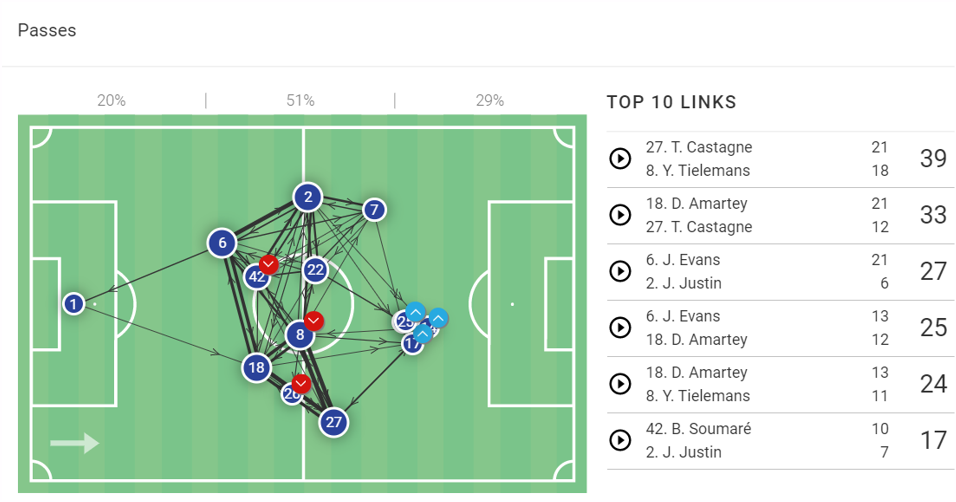 The home team has shown a lot of attacking improvements in their last two games. The Foxes average 29.5 positional attacks and 10.25 shots with an accuracy rate of 31.7%. They attempted 50 attacks in the first two matches and 68 in the last two. In the last match, Leicester City attacked more from the right side. But Manchester United have to be prepared for attacks from both sides of the pitch. Harvey Barnes is a threat on the left, and he will look to get on the score sheet. The Foxes have to score goals in this match if they want to take any points from this game. 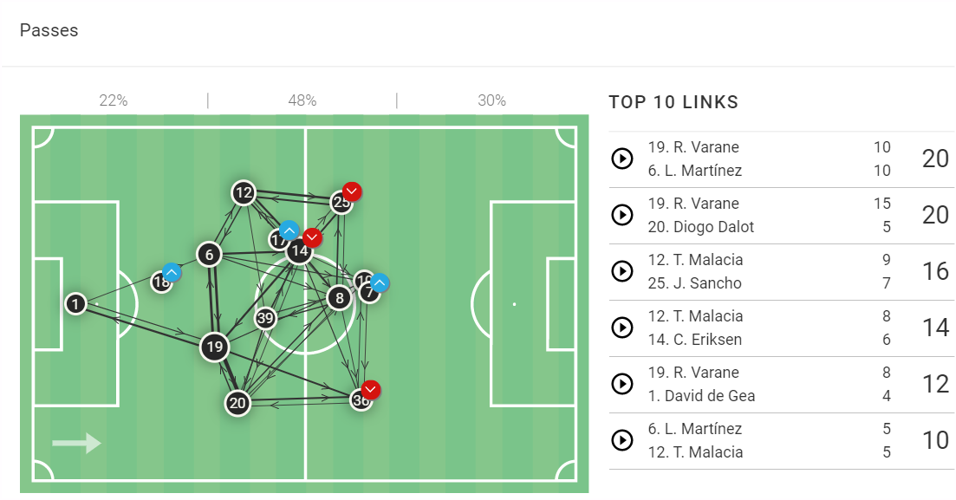 Manchester United average 26.75 positional attacks and 13 shots per match. Their shot accuracy rate is 34.6%. In the last match, Manchester United created 25 positional attacks, with 50% of them coming from the right side. The above viz shows the average position of the players. The key to the number ten role will be Bruno Fernandes. Christian Eriksen also acts as a playmaker. The Danish international drifts to the left side of the midfield and links up play. If Casemiro starts, then these players will get more freedom to go forward. 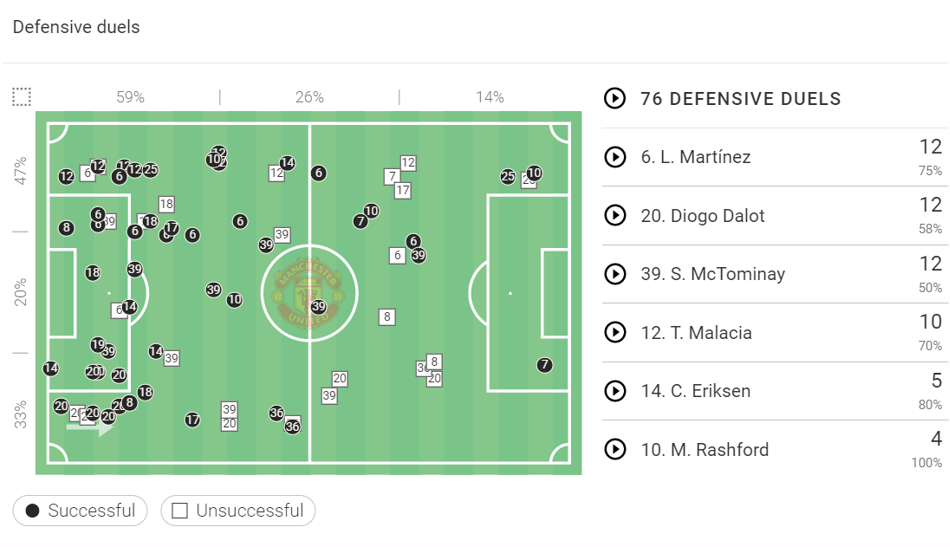 It won’t be easy for Leicester City to break Manchester United’s defence. Lisandro Martínez and Raphael Varane have started to build a partnership in the defence, and they have performed well in the last two games. The Red Devils have won 61.3% of their defensive duels and 48.7% of their aerial duels. Other than this, the interception rate is also high at 50.5 interceptions per match. Manchester United will look to continue their defensive form and earn a second clean sheet of the season.

Leicester City have a major injury concern as their top performer, James Maddison, is still recovering from an injury. He will be fit enough to be named on the bench. Wilfried Ndidi will also hope to get back into the starting XI.

For Manchester United, Casemiro will be eyeing his first start for his new club. Anthony Martial could return on the bench, while Erik ten Hag might also give Cristiano Ronaldo a start instead of starting him on the bench.

The Red Devils will be high on confidence after back-to-back wins in the English Premier League. They face a Leicester City side struggling to gain form this season. This is a must-win game for both teams as United aim to get into the top half of the table, while Leicester City will look to climb out of the relegation zone.

United pushing to become force once again under OGS

Brentford vs Manchester United Preview: 3 things to watch out for...

‘Ideal fit’ – Man Utd and Ramsey will be the perfect...