Manchester United host Chelsea in Match Week 37 of the English Premier League. The Red Devils will look to return to winning ways after back-to-back defeats against Liverpool and Arsenal. Ralf Rangnick’s men conceded seven goals and only scored one goal. Chelsea, on the other hand, returned to winning ways after a late goal from Christian Pulisic earned his side three points against West Ham United. Both teams played a 1-1 draw when they met last time.

The home team has played 34 matches, winning 15 and losing ten. They have managed to win nine games out of the 17 played at home and lost four of them. The Red Devils have scored 53 goals this season with an xG rate of 50.09. In return, they have conceded 51 goals with an xGA rate of 52.92. In the last five games, they have scored just five goals. 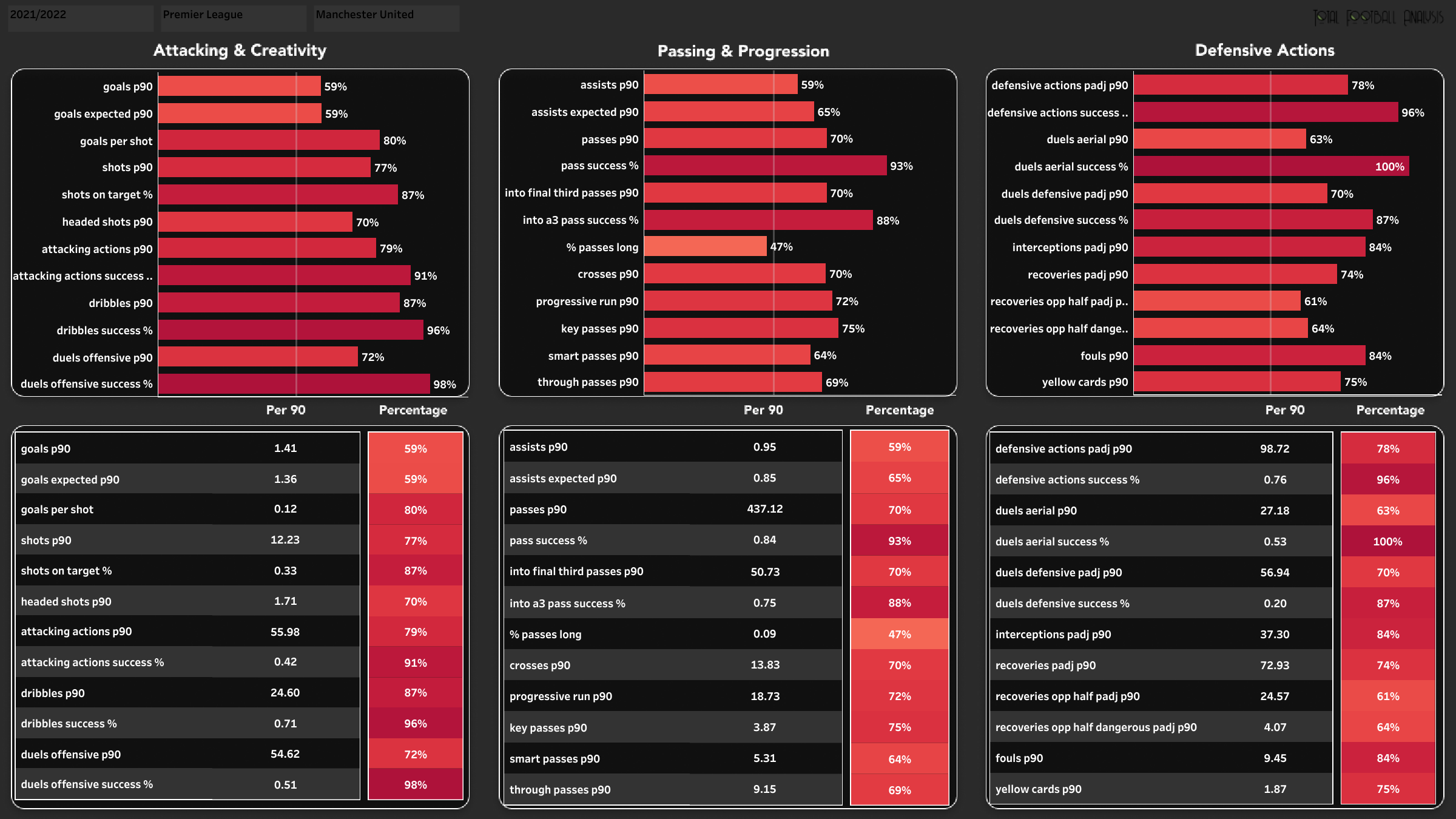 When looking at the above chart, the general rule is that the longer the bar, the better the performance — you can see the league average in the middle, and the % is the percentile rank the player is in. Manchester United have given average performances this season, and their percentile rank is above the average line. Ralf Rangnick’s men have a high attacking action success rate along with a high dribble success rate. Their passing has been a bit average. Defensively, they have the highest aerial duels win percentage. 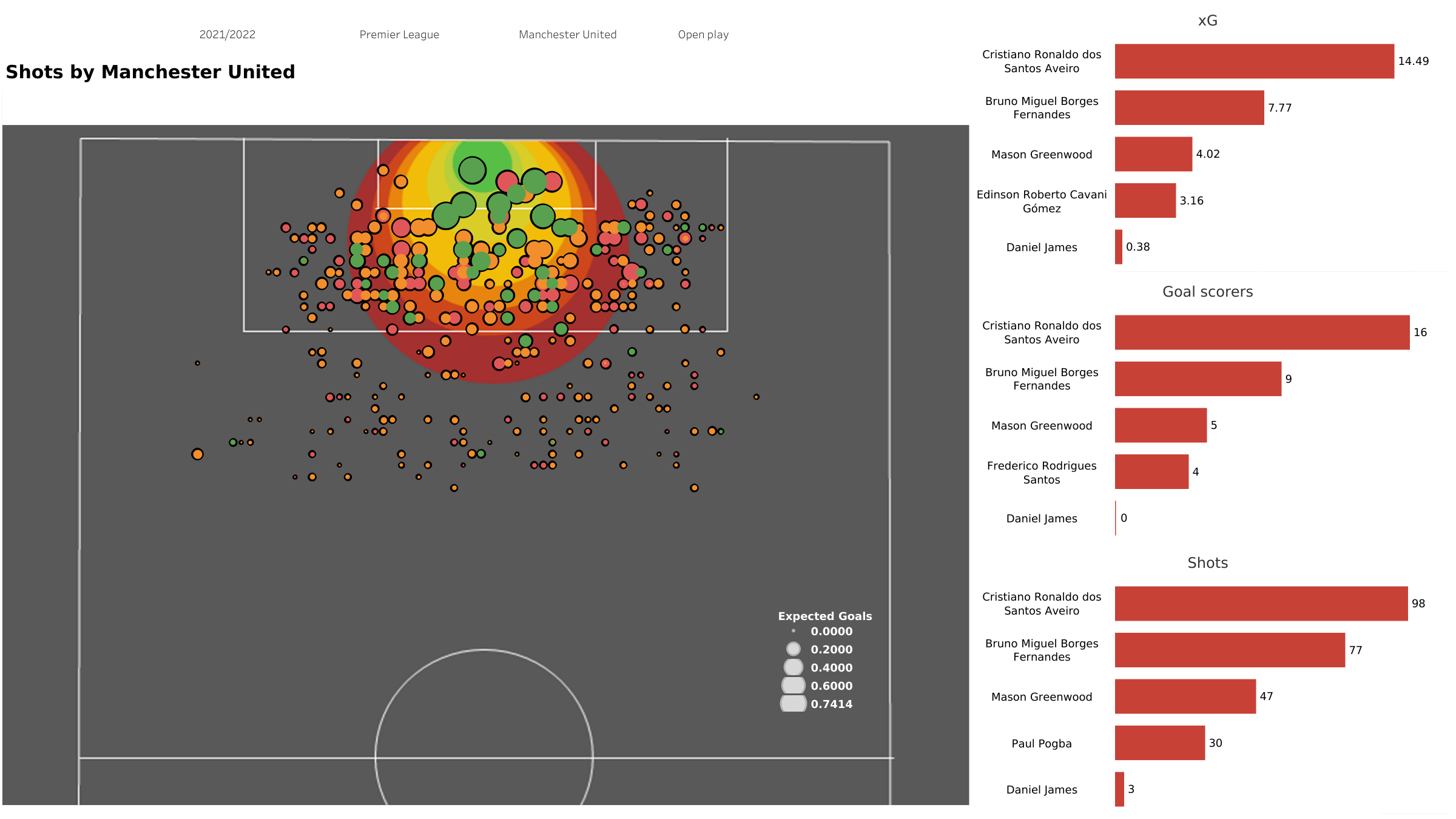 The home team has attempted 452 shots this season with an average of 12.2 shots per 90 minutes. Manchester United players have managed to hit the target 162 times and average more than four shots on target per 90 minutes. Overall, 273 shots have been attempted from inside the opposition’s penalty box, and 114 of those shots were on target. The above viz shows all the shots attempted from open play by the Red Devils. We can observe that Manchester United players put a lot of passes into the opposition’s penalty box, especially near the 6-yard box in the penalty box. They have scored a few goals whenever a ball is delivered into the box.

Manchester United will still be without Luke Shaw, Edinson Cavani, Fred, and Paul Pogba for this match. Raphael Varane returned to the starting XI against Arsenal and is likely to retain his spot. He could form a defensive partnership with Harry Maguire, who was on the bench against Arsenal. 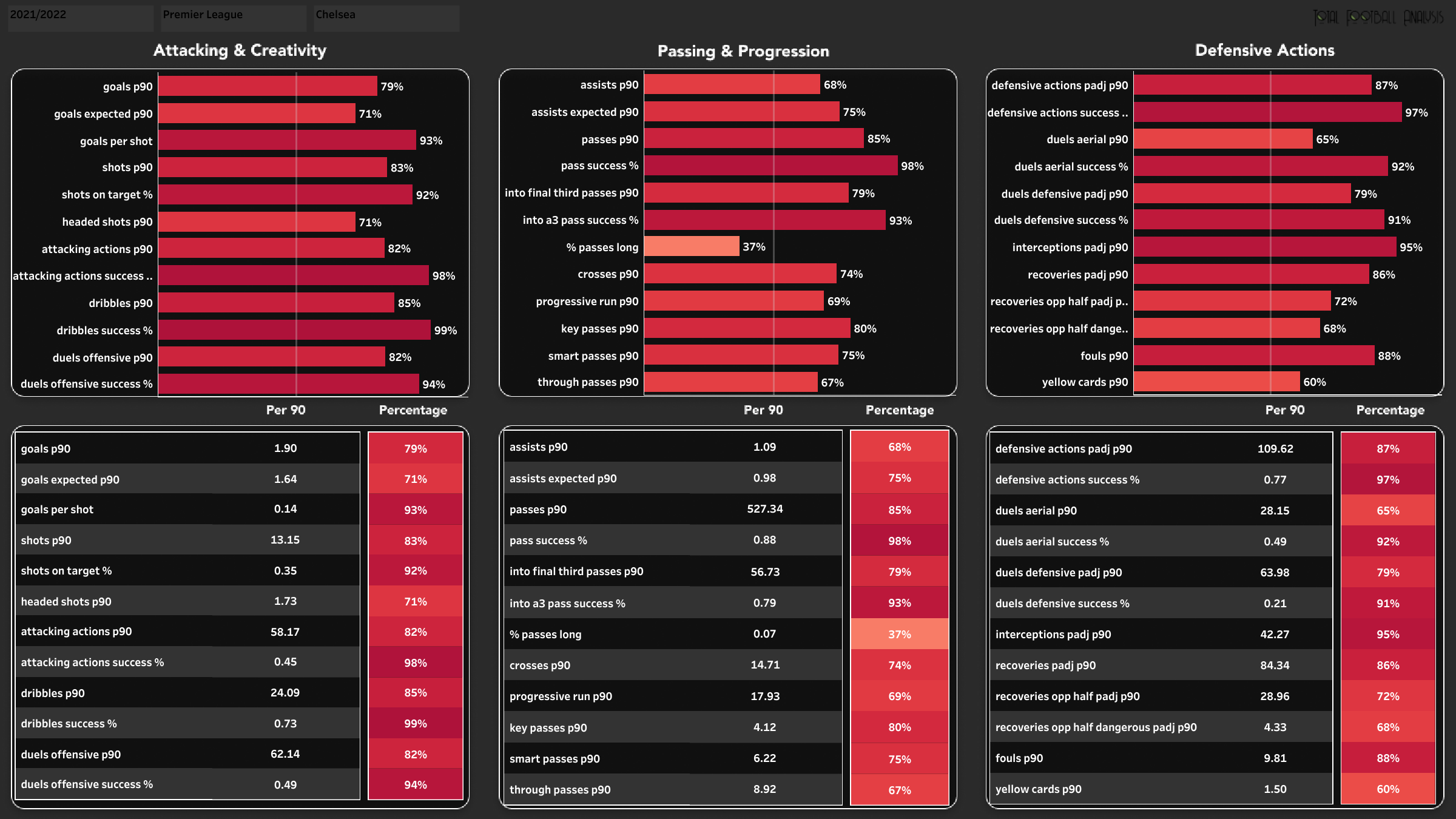 Chelsea have won 19, drawn eight, and lost five matches this season. They have won three of the previous five matches and lost two of them. Thomas Tuchel’s men have the second-best away record in the league. Chelsea have played 16 games away from home and won 11 of them. They have earned 36 points out of a possible 48. Overall, the Blues have scored 67 goals and conceded 27. The xG rate of the team is 56.97, and the xGA rate is the second-lowest at 30.7. The above viz shows that Chelsea have performed well this season and have a higher percentile rank than their midweek opponent. 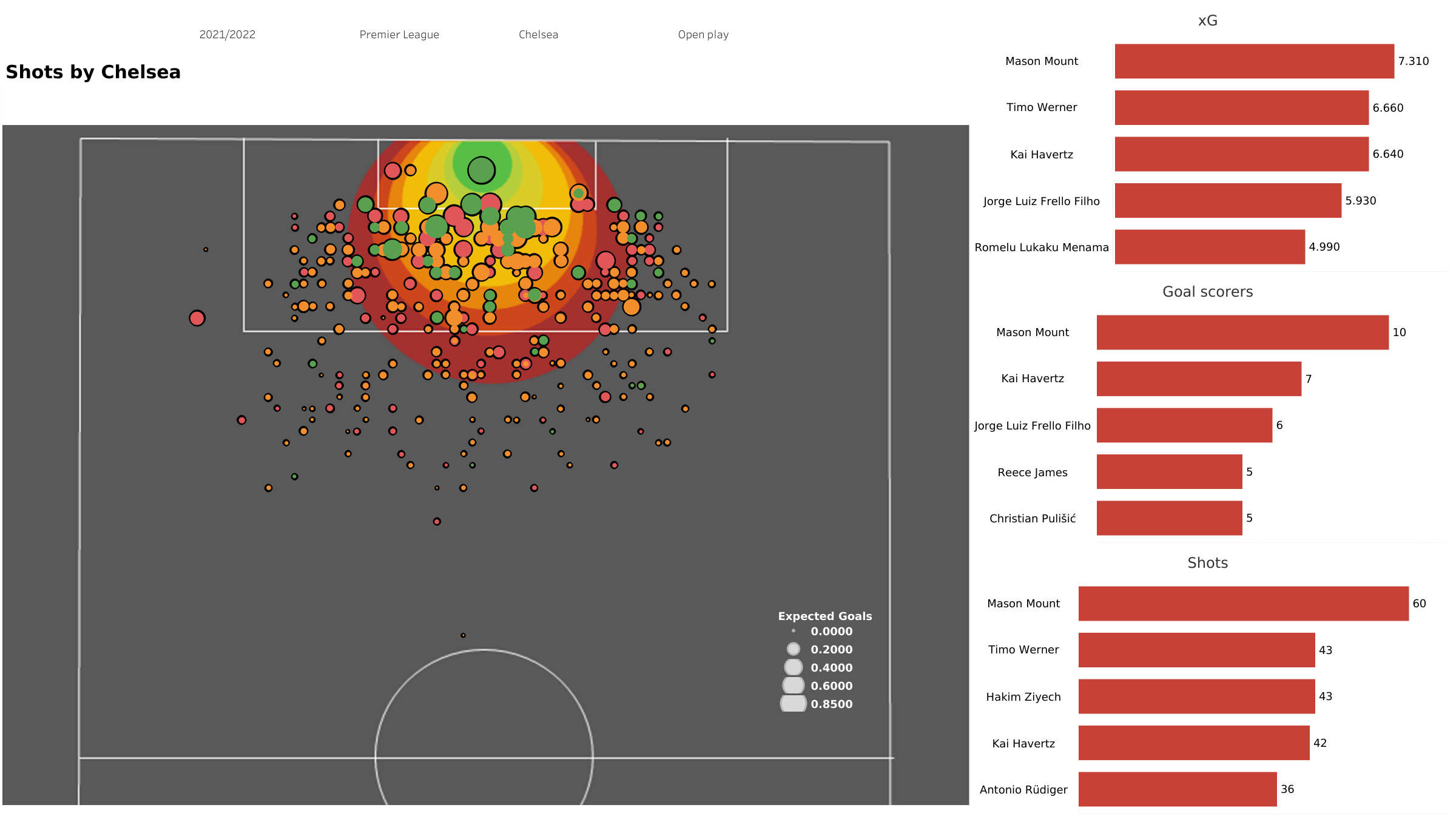 Chelsea have attempted 457 shots this season and have managed to hit the target 172 times. The Blues average more than 13 shots per 90 minutes, and 4.95 shots have managed to hit the target. A total of 284 shots have been attempted from inside the opposition’s penalty box, and 126 have been on target. The above viz shows that Chelsea have scored more goals than their opponents from near the 6-yard box, when it comes to open play. Thomas Tuchel’s men also like to work the ball into the box and score goals.

Due to their respective injuries, Callum Hudson-Odoi, Ben Chilwell, and Mateo Kovacic will miss the match. Antonio Rudiger, Andreas Christensen, and Reece James could make a return to the starting XI after missing the last game due to injury.

Manchester United are in desperate need of points against a stronger opponent. They will look to end their losing streak and try to qualify for next season’s UEFA Champions League. Chelsea, on the other hand, have the momentum and could easily take three points from this fixture.