Manchester United will look for back-to-back wins in the English Premier League when they host Leicester City at Old Trafford. The Red Devils are competing for a top-four spot in the league table, and all the remaining fixtures are must-wins for them. Leicester City, on the other hand, are now in the top half of the league table and want to finish the season as high as possible in the league table. Both teams look to gain momentum going into the final stages of the competition. 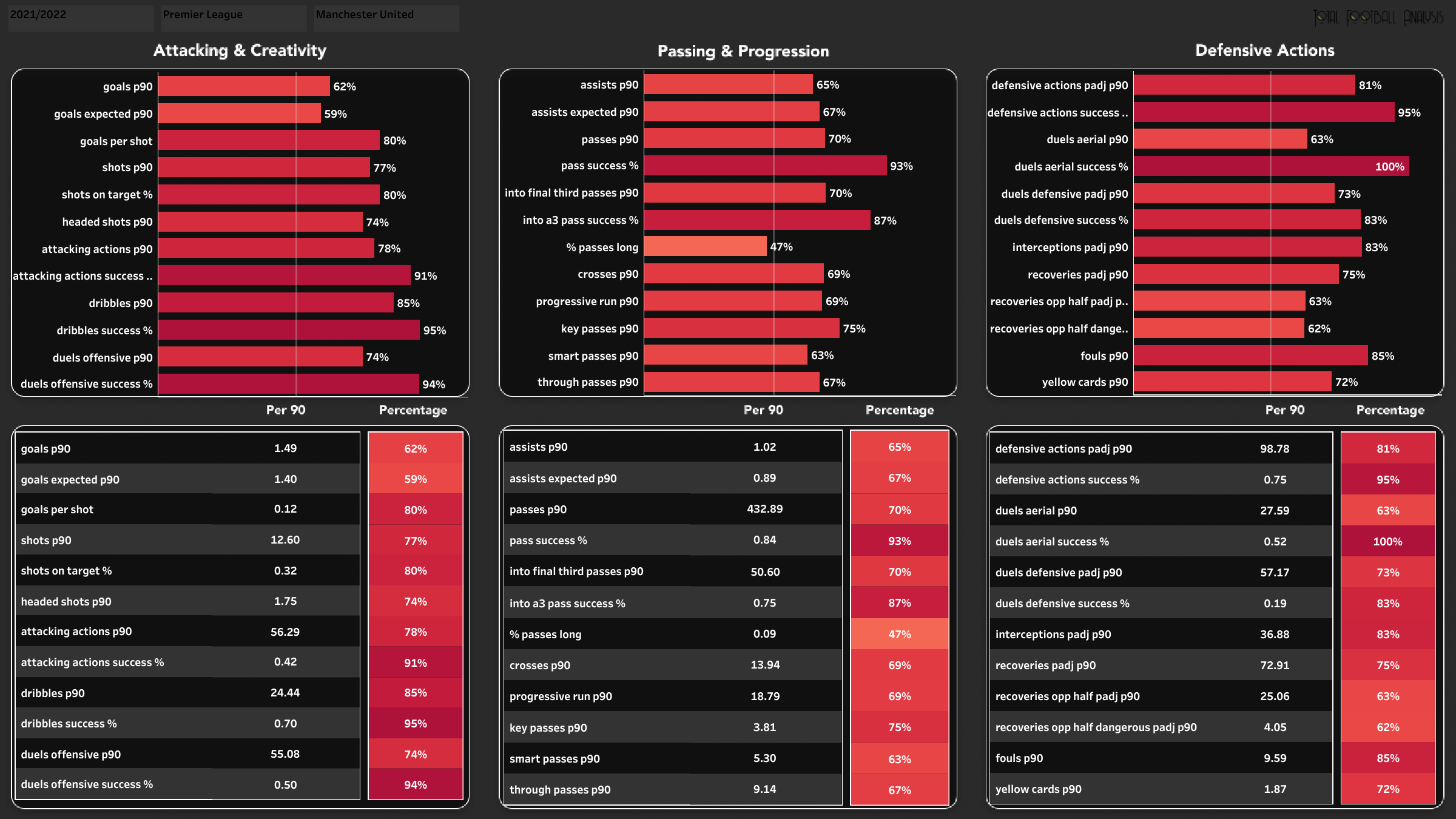 Manchester United have won 14, drawn eight, and lost seven games this season. They won their previous league match against Tottenham Hotspur by a scoreline of 3-2. When looking at the above chart, the general rule is that the longer the bar, the better the performance — you can see the league average in the middle, and the % is the percentile rank the player is in. The Red Devils have scored 48 goals, with an xG rate of 44.11. In return, their defense has let in 40 goals. The above viz shows that Manchester United are ranked above average when it comes to attacking & creativity on the pitch. They have a high attacking action success rate, along with high dribbles and an offensive duels win rate. Their passing has not been that effective, and they are just ranked above average on the chart. Defensively, the defensive action success rate is high, along with the aerial duels win percentage. 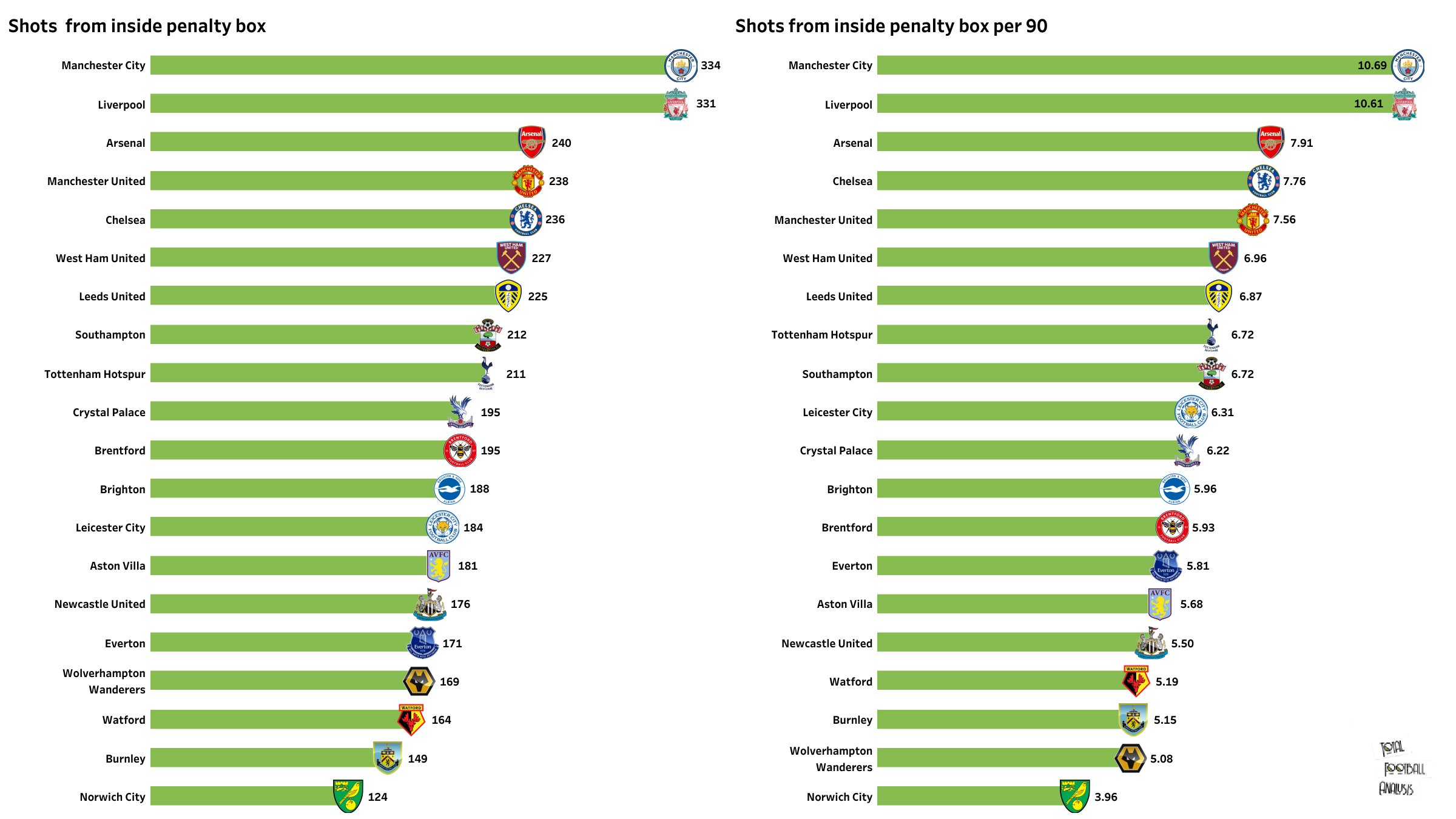 Edinson Cavani is unavailable for the home team after picking up an injury during the international break. Paul Pogba and Raphael Varane are fit and could start this match. 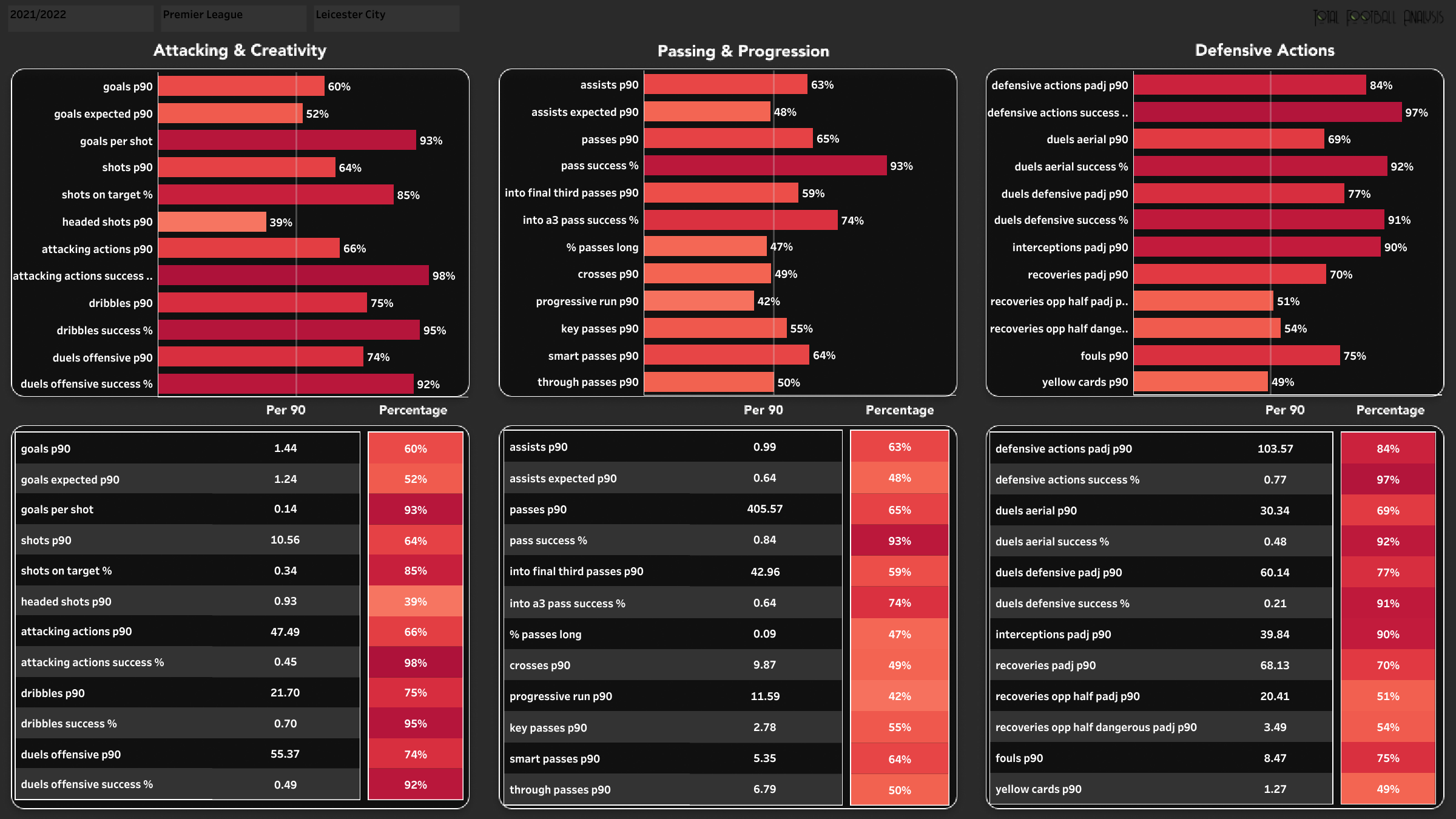 Leicester City are starting to gain momentum towards the end of the season and are coming off a 2-1 win over Brentford. They have now won ten, lost 11, and drawn six matches. The Foxes have found the back of the net 42 times, with an xG rate of 36.14. In return, they have conceded 46 goals, with the second-worst xGA rate of 55.84. The above viz shows that Leicester City have a high ‘goal per shot’ ratio in the league. Their passing has been below average this season, and this is one of the reasons behind their struggles in the league. Defensively, the Foxes have a high duels win percentage and a high interception rate. 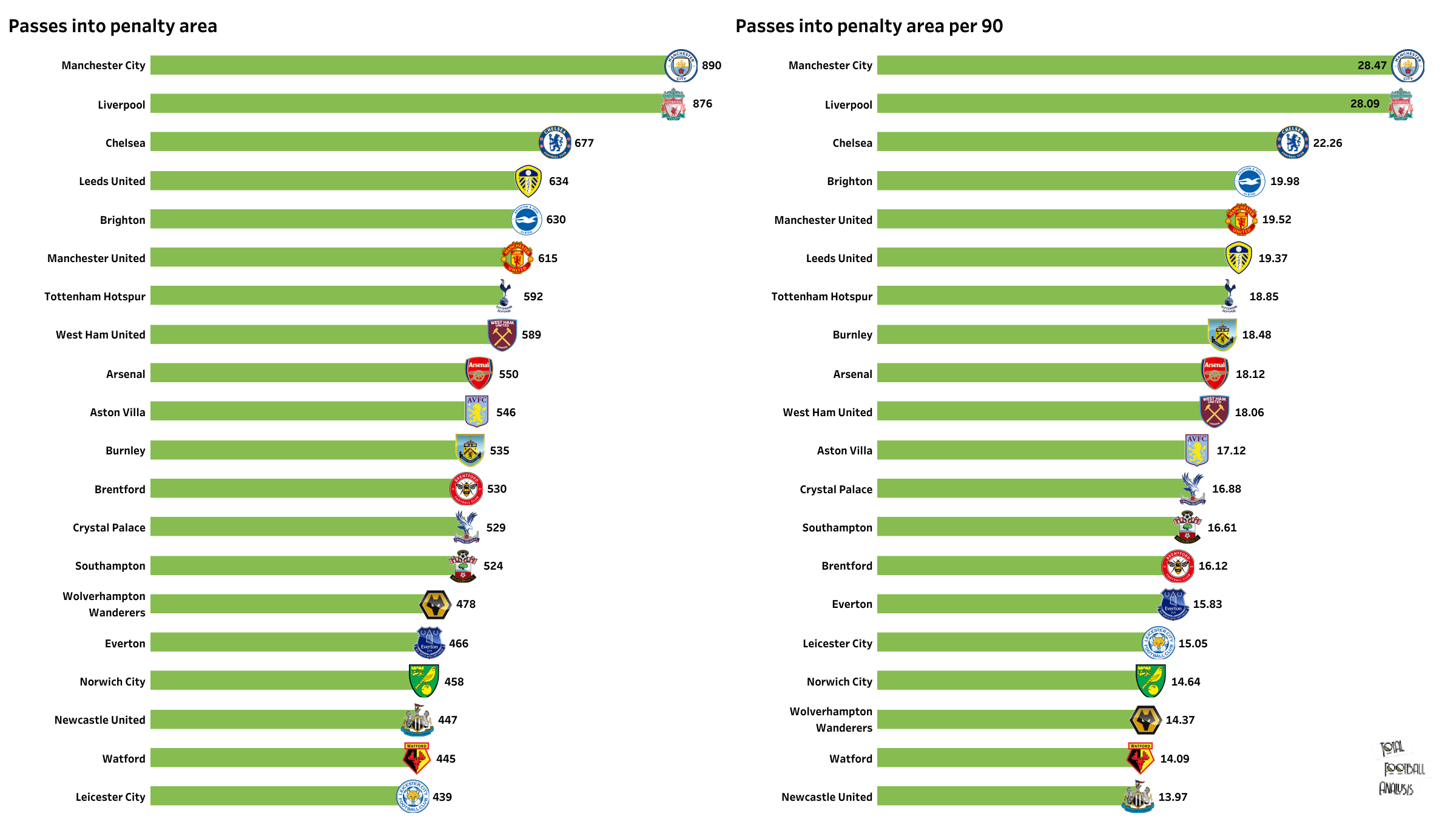 Jamie Vardy and Wilfried Ndidi will miss the match due to their respective injuries. Luke Thomas also remains a doubt due to a knock.

This is a must-win game for Manchester United in their quest for a Champions League spot. They need to win their remaining matches, otherwise, things will get tougher for them. Leicester City will also look for a win to try and catch the teams above them.