Manchester United won back-to-back games after completing a 4-2 victory over Leeds United in the English Premier League. The Red Devils are unbeaten in their last seven league games and have strengthened their hold in the fourth spot. Leeds United have now lost two games in a row and are winless in their last four league games. They are just five points above the relegation zone.

How many shots were attempted by Leeds United? Who attempted the highest number of smart passes for Manchester United? 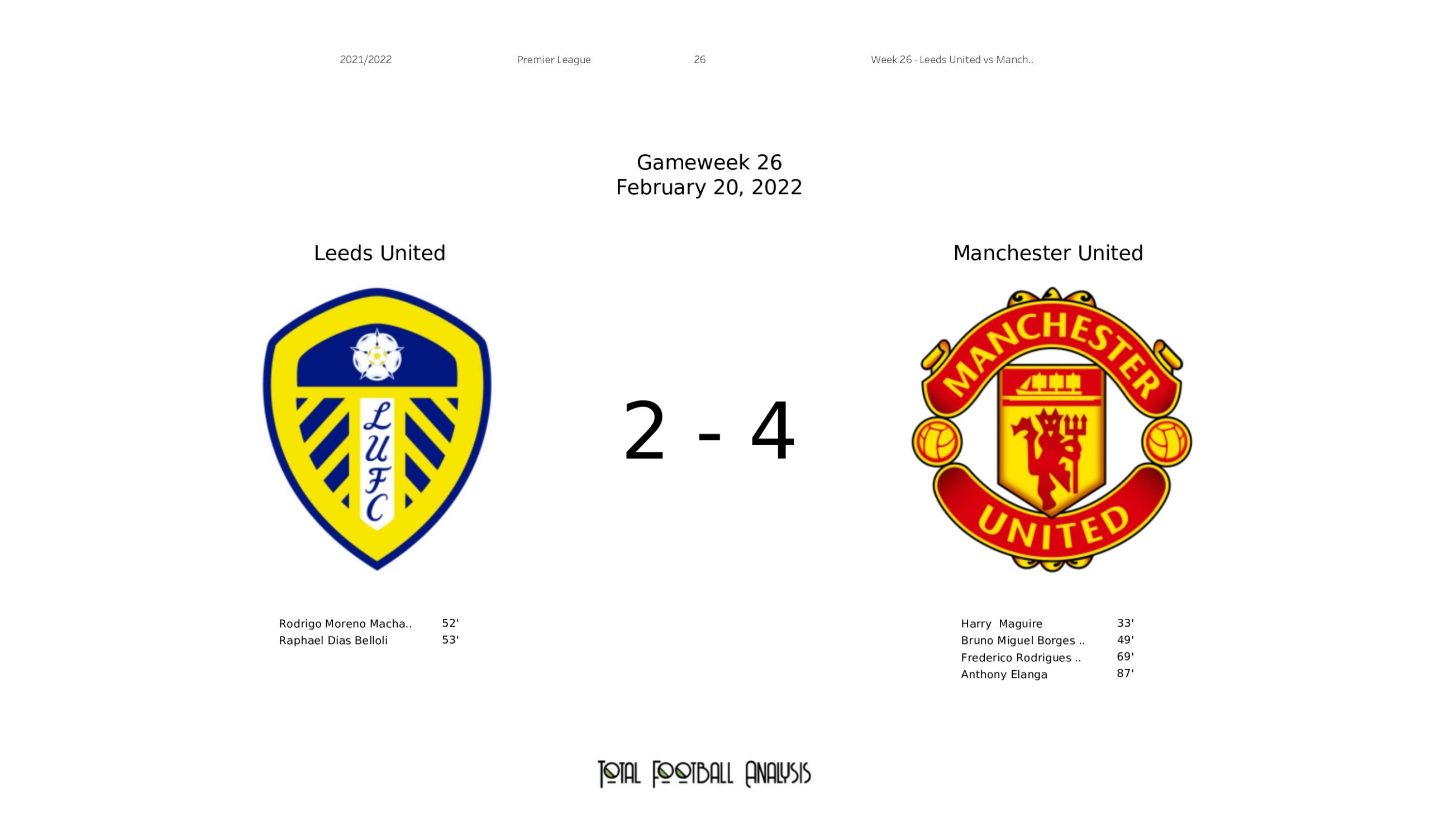