Manchester United suffered a humiliating 0-4 loss against Liverpool at Anfield in the English Premier League. Ralf Rangnick’s men were outplayed by Jurgen Klopp’s team, and the aggregate score of both fixtures ended 9-0 in favour of Liverpool.

How many positional attacks were created by Liverpool? Which Manchester United player won the most number of aerial duels? 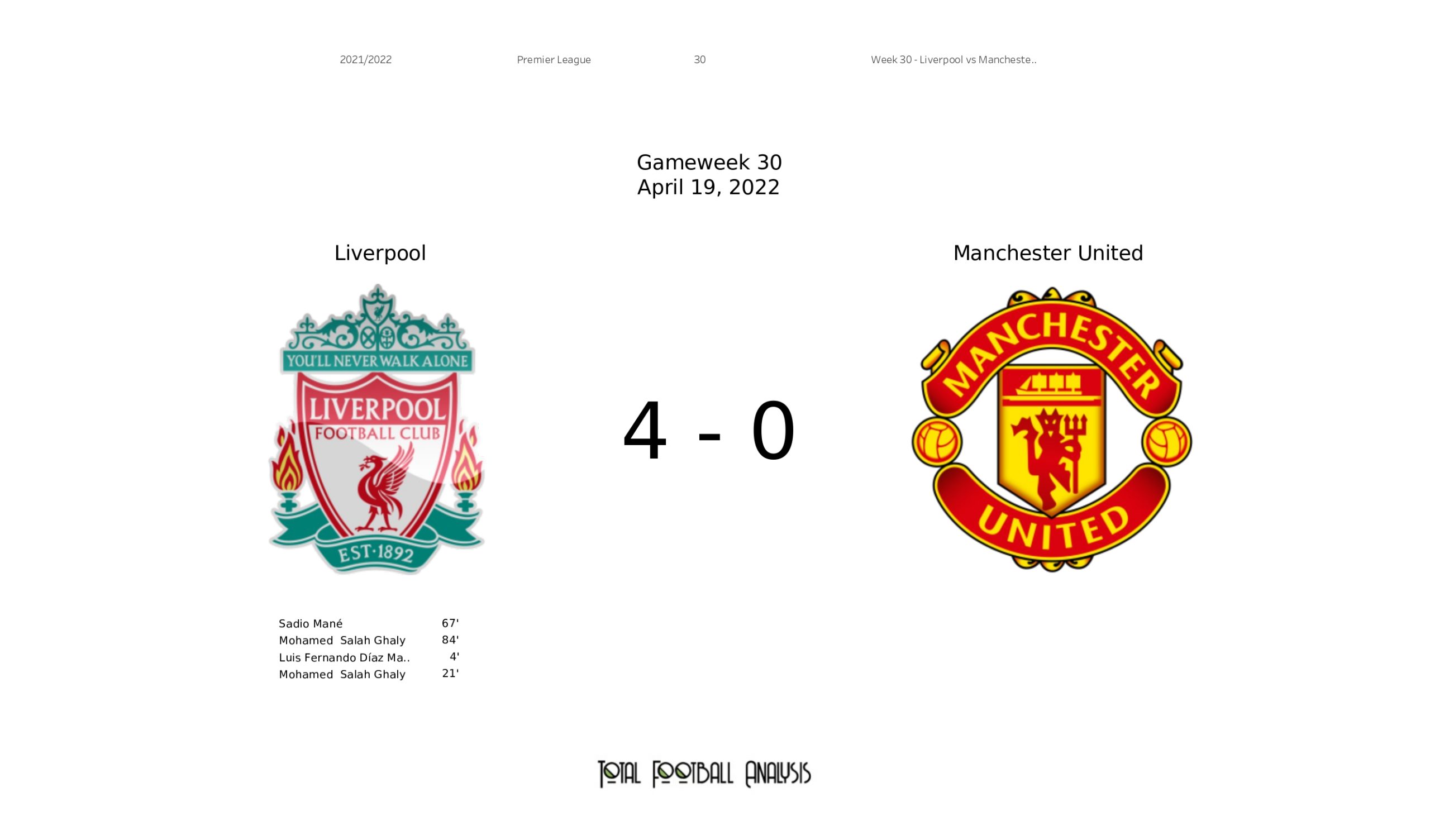