Manchester United earned back-to-back victories in the UEFA Europa League after a narrow 3-2 victory over Cyprus club Omonia Nicosia. The host led the match in the first half. Erik ten Hag made some changes to the side at the start of the second half and these players came off the bench to score three goals for the side. Marcus Rashford grabbed a brace and Anthony Martial has now scored three goals in his last two appearances off the bench. 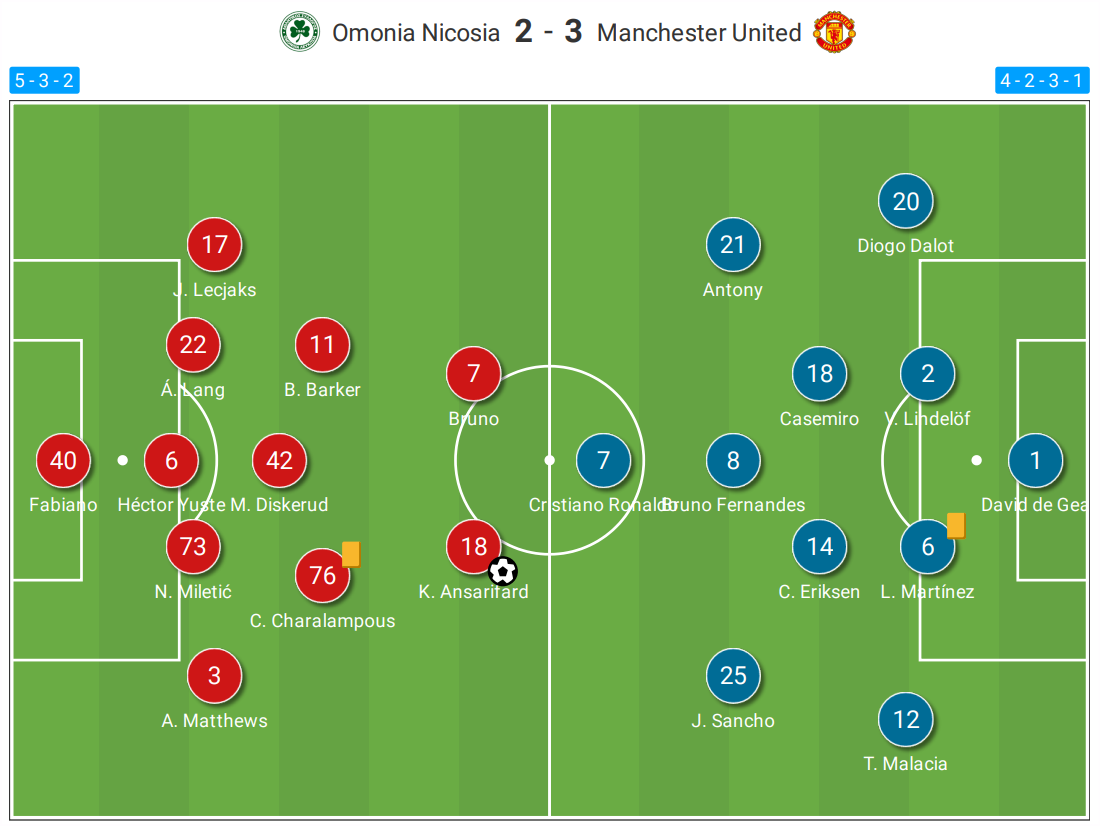 Under the microscope: How important is Christian Eriksen to Ten Hag...