After missing out on a few players in the transfer window, Manchester United have shifted their attention towards some of the youngsters who could build their team in the near future. Their target, Darwin Nunez, was signed by their rivals, Liverpool, from Benfica. Now, the Red Devils have found a new transfer target in the form of Nottingham Forest’s Brennan Johnson. The 21-year-old attacking midfielder from Wales helped his side to earn a promotion to the English Premier League. He has gained the interest of a lot of clubs for a summer transfer, and Nottingham Forest might sell him for a heavy price. 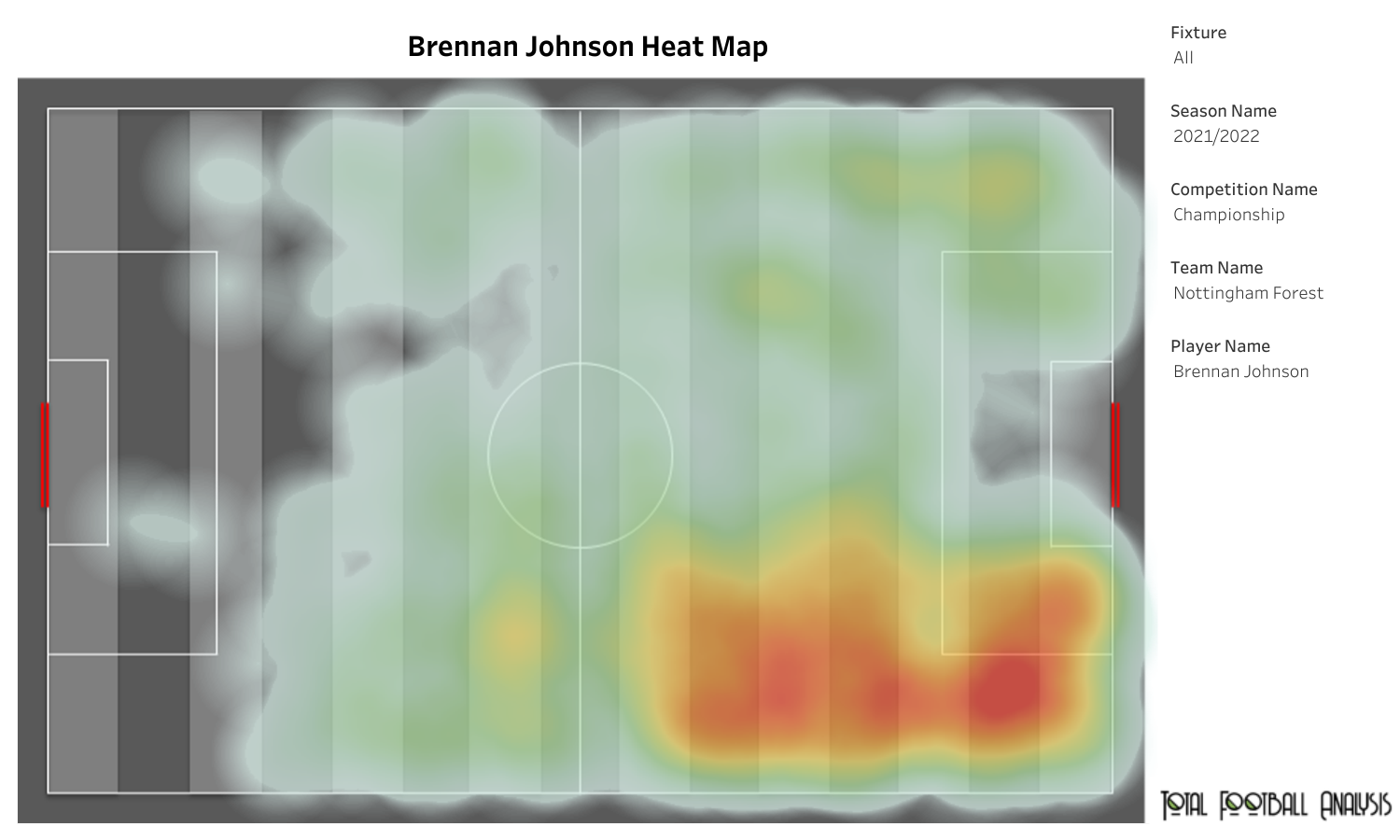 Johnson made 49 appearances for Forest in the EFL Championship last season and came off the bench in only two matches. He scored 18 goals against the opposition defence and also provided ten assists. He had the most goal-scoring contributions in the squad. The above heat map shows that Johnson played towards the right side of the midfield. He often penetrated the opposition’s penalty box and took 177 touches inside it, with an average of more than three touches inside the box per match. 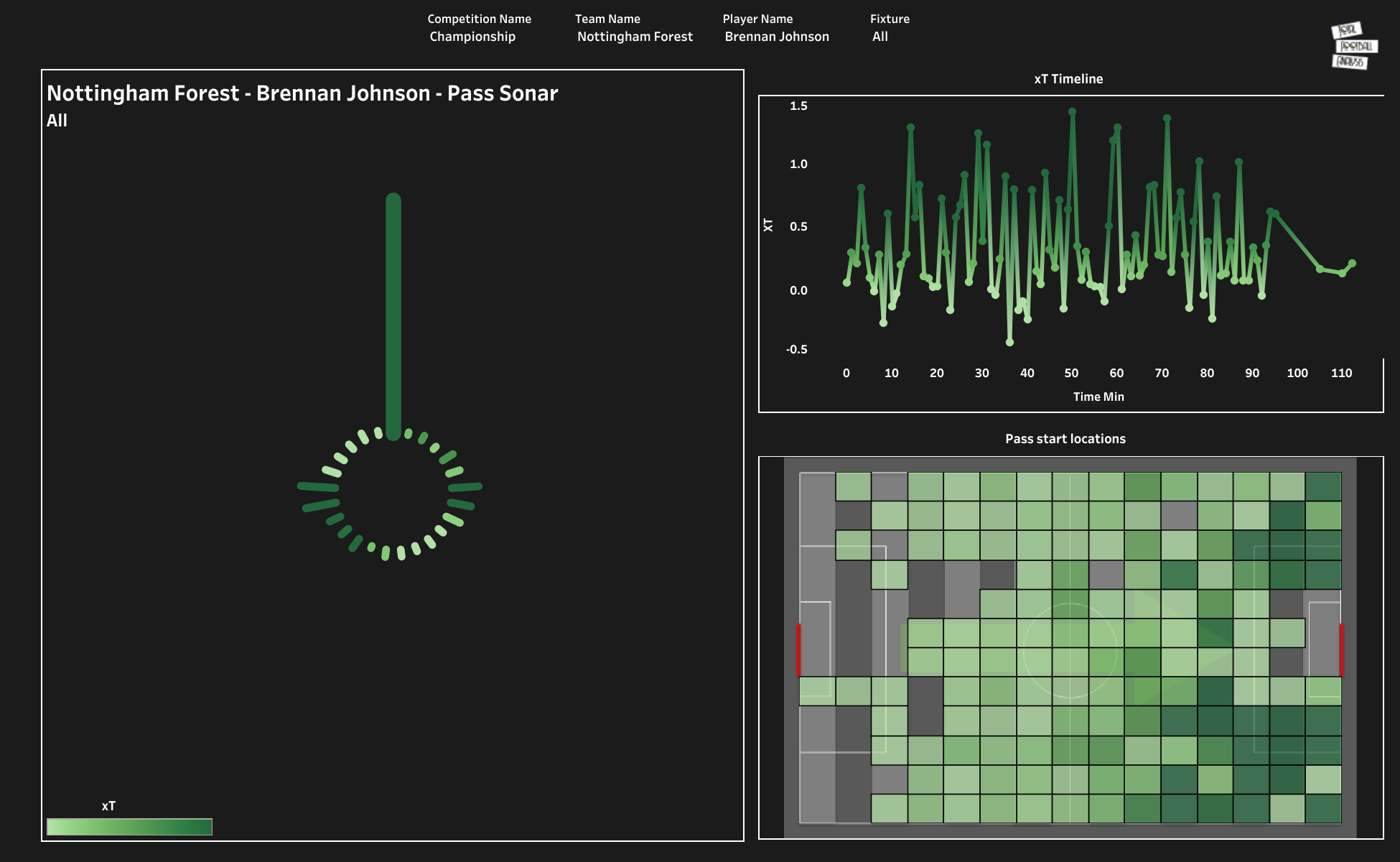 Johnson scored and created goals for his team. The above viz shows the pass start location of the attacking midfielder and the threat created from passes at different time intervals. The pass start location shows that Johnson attempted a lot of passes from the wider sides, and those created the highest threats for him. He attempted a few passes by making runs inside the opposition’s penalty box and stretching the opposition defence. The young playmaker was effective during the middle stages of the matches as he created constant threats during that time. Johnson attempted most of the passes toward right-back, Djed Spence. 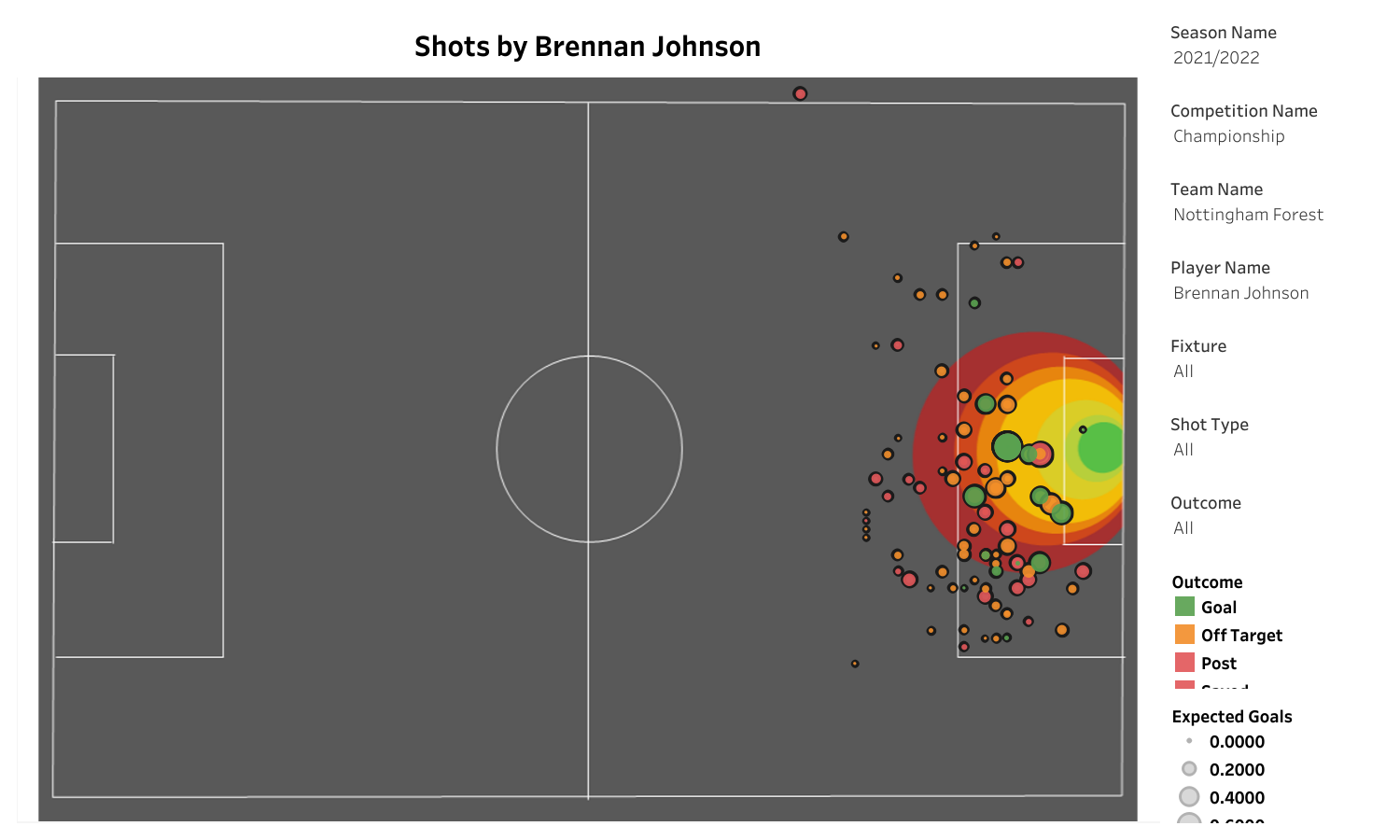 The above viz shows all the shots that were attempted by the player last season. He scored 18 goals, including three from the penalty spot. Overall, he attempted 92 shots in the season, with an average of around two shots per match. Of these, 38 shots were on target. From the above shot map, it can be observed that Johnson scored every goal from inside the opposition’s penalty box. He attempted most of the shots from his favoured right side. Manchester United require a right-side attacker in their team. Jadon Sancho was signed to operate from the right, but he was used on the left flank instead. The player could be a perfect fit with the number of threats he created in the Championship last season. 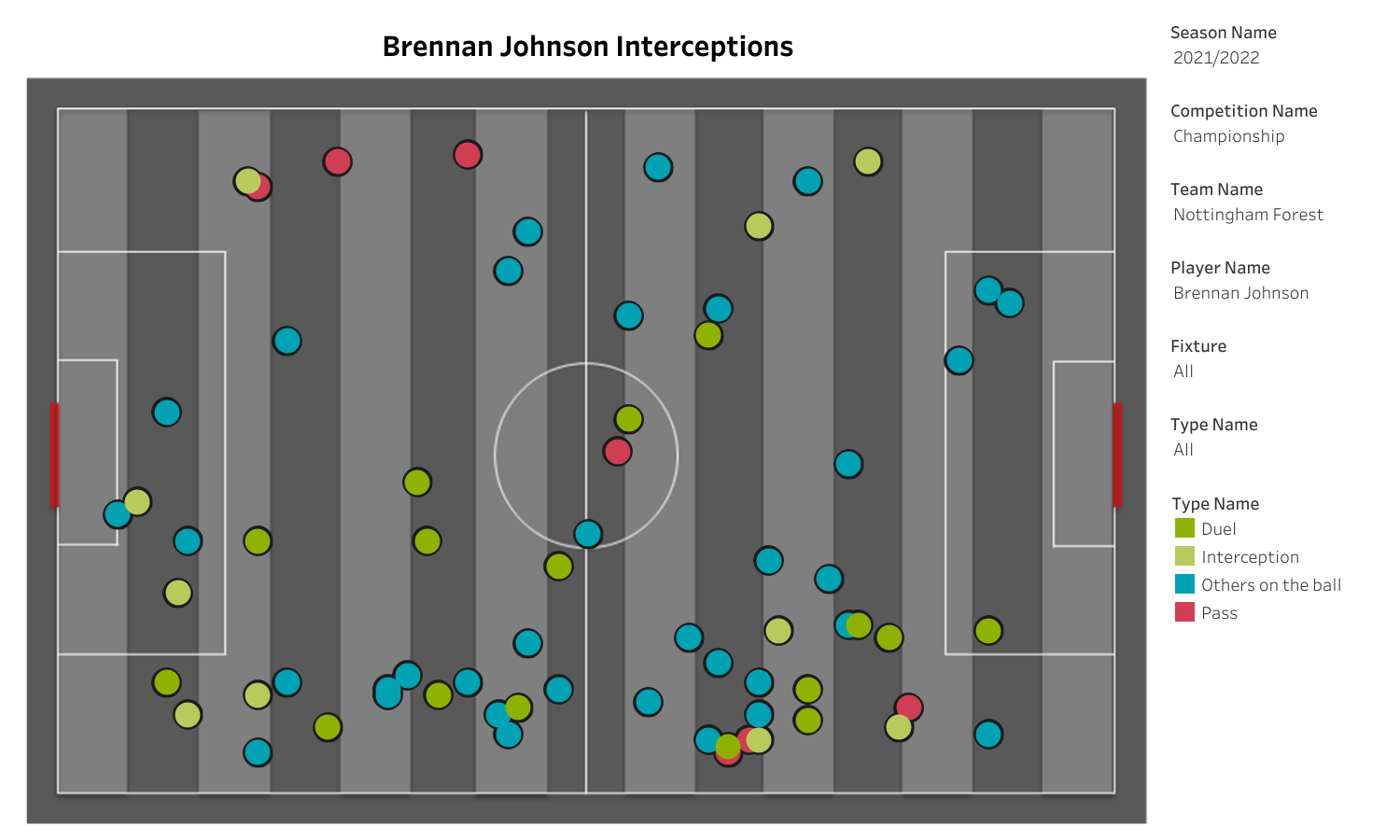 The above viz shows that the player was also involved in a few defensive actions. He made 68 interceptions last season, and most of them were made when other players were on the ball. He won the ball in every area of the field.

Brennan Johnson could add a little spark to Manchester United’s struggling attack. The Red Devils will play under new management and look for a Champions League place. Erik ten Hag saw a few players leave the club, and now he has to rebuild the team. Johnson could be a good addition to his squad, and the player could help the Red Devils reach new heights.