Manchester United’s players are now finding their rhythm under Ralf Rangnick in the English Premier League. The German coach initially started with a 4-2-2-2 formation but wasn’t getting enough from his players. He made some changes in the recent games, and the results came in favor of the Red Devils, along with some impressive performances from his players. One of the players who is back in form for Manchester United, is Bruno Fernandes. He recently scored two goals and provided two assists. Rangnick recently mentioned in an interview that he feels that the number eight role is perfect for the player. According to the manager, this allows him to find spaces, and he can sniff the moments in which we have to play the ball for him. 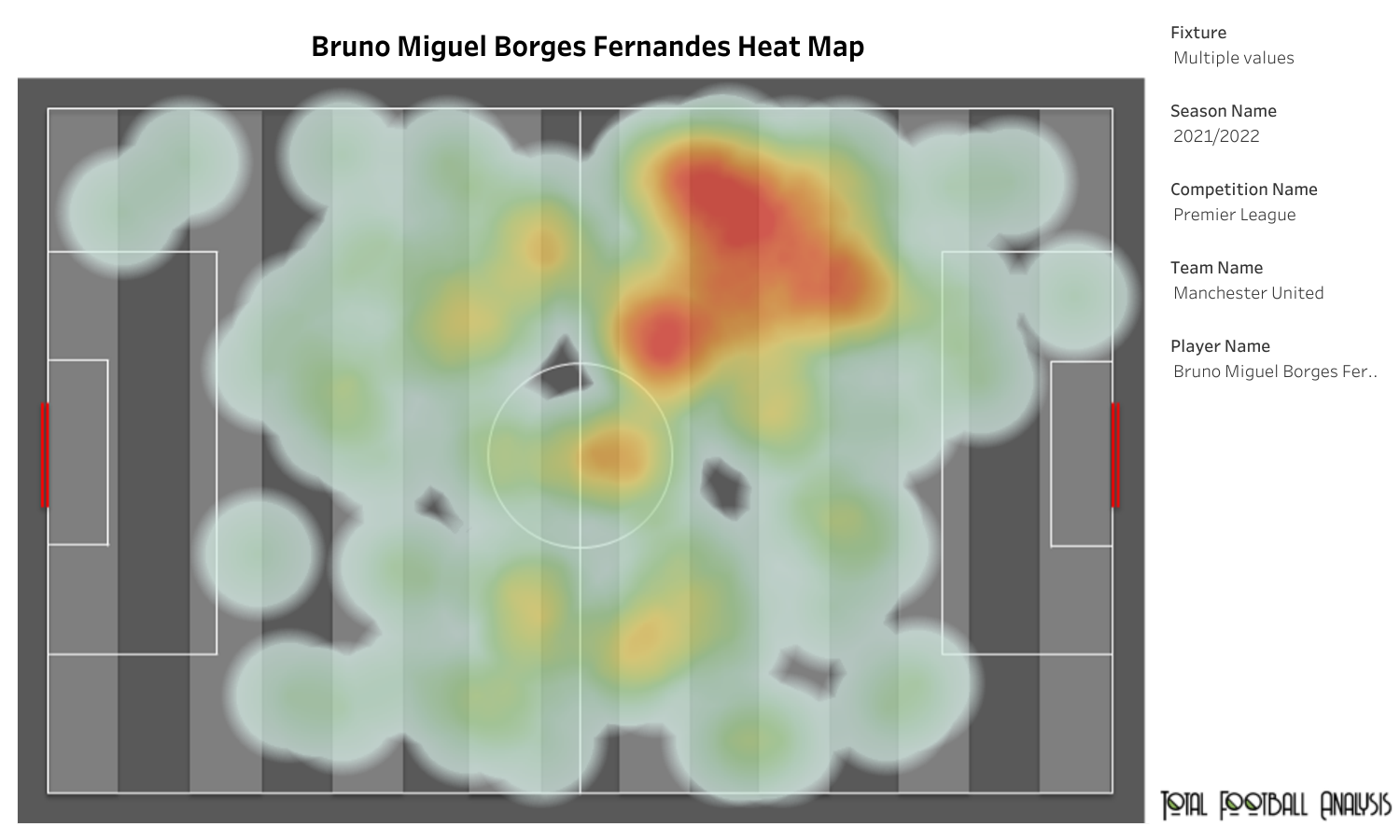 After a disappointing 0-1 loss against Wolverhampton Wanderers, Rangnick changed the team formation to 4-2-3-1, with Bruno playing behind the striker. He wasn’t able to score a goal and provide an assist under Rangnick when they played in a 4-2-2-2 formation. After the change in the formation, he scored a brace in the first match and provided two assists in the next match. From the heatmap, it can be observed that he likes to drift towards the left side, and plays a slightly deeper role. Against Aston Villa, Bruno found space and scored two goals. 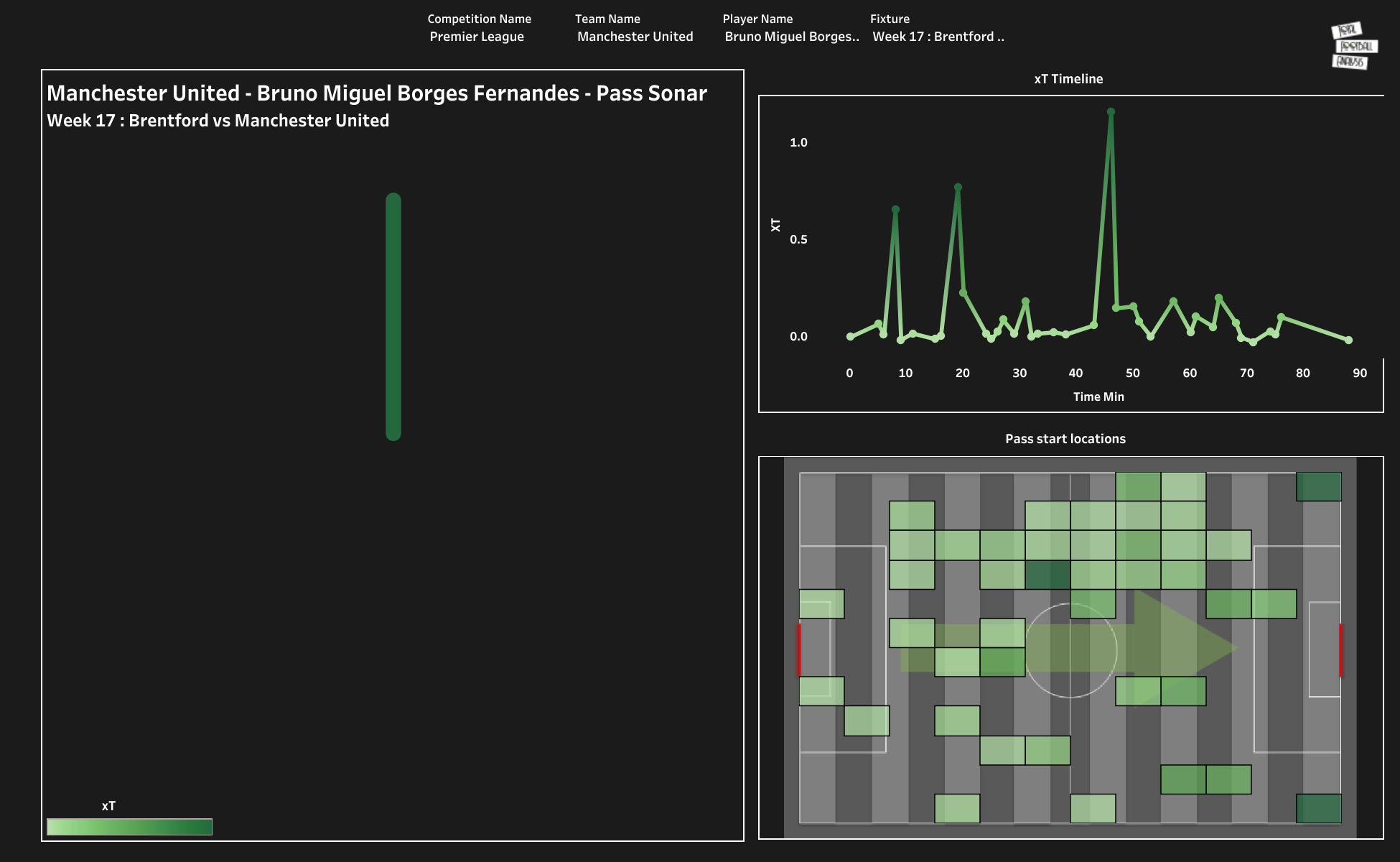 The above chart shows the pass starting location and the xT timeline from the passes of Bruno against Brentford. Bruno attempted 57 passes with an 84.2% accuracy rate. These passes include three crosses, five long passes, one smart pass, and a through pass. He attempted a lot of passes from the left side of the midfield and the middle third, and only a few passes were attempted from inside the final third. Bruno is also active on corner duties for the Red Devils. 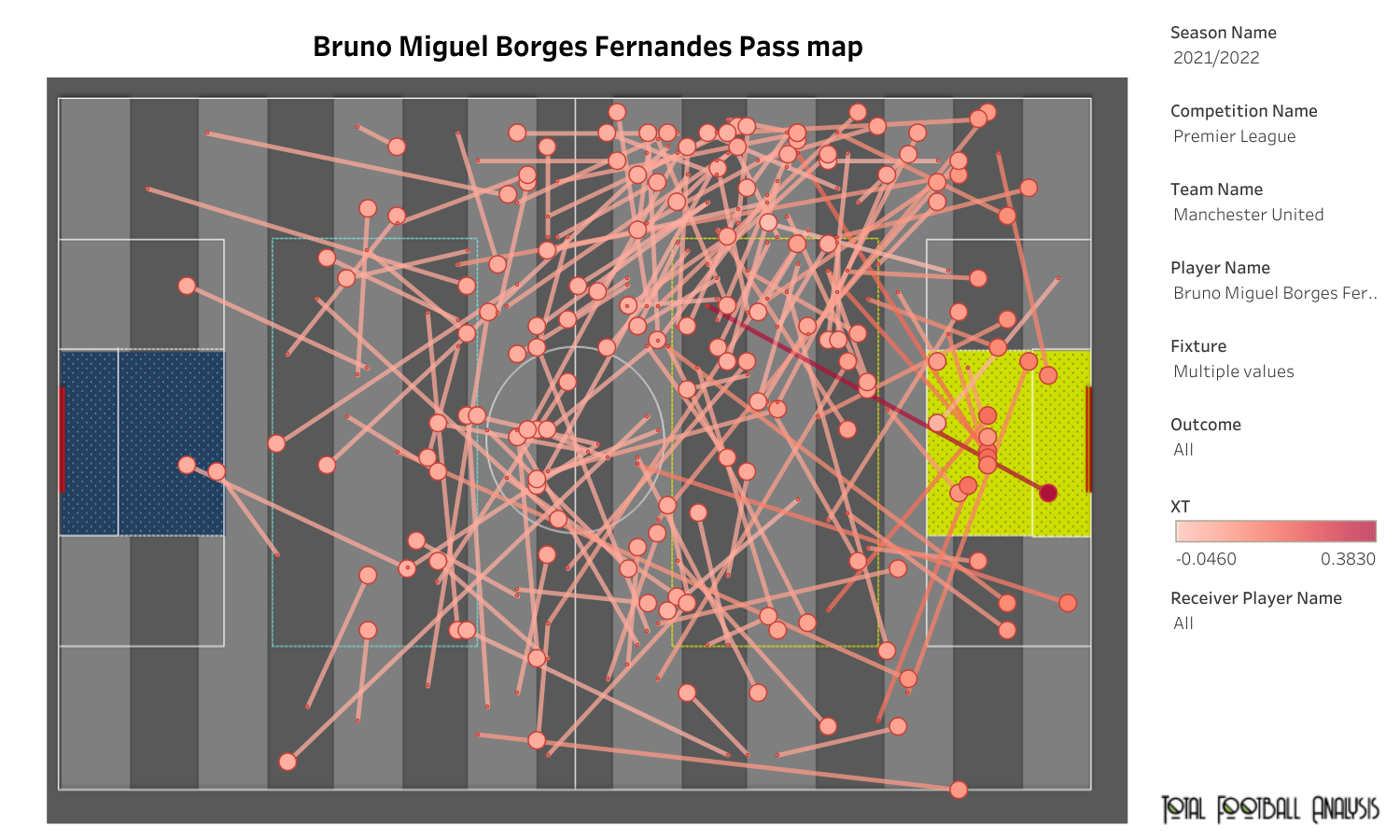 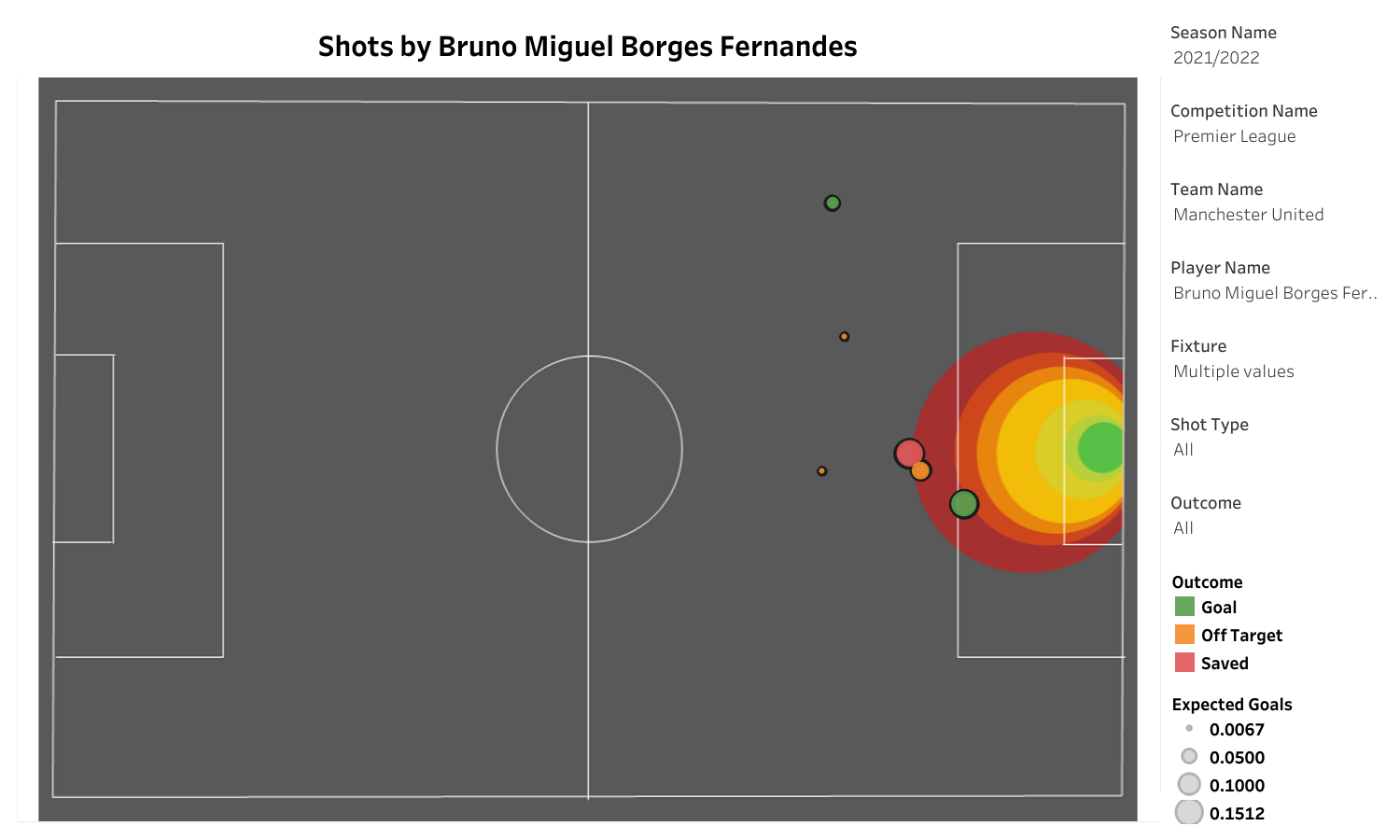 Bruno has attempted six shots with a 50% accuracy rate. The only shot attempted from inside the opposition’s penalty area has resulted in a goal. This gives us a hint about the position of the player. Bruno can score long-range goals, and when given the time and space, the midfielder likes to take his opportunity.

Bruno Fernandes is finding his rhythm under the new manager. His new role has given him more time and space in the midfield. He has adjusted well in recent games, and Rangnick will expect more contributions from his playmaker.