Manchester United signed Diogo Dalot from FC Porto in 2018. He was 19 years old when the English Premier League club brought him to Old Trafford. At the start of his United career, Diogo Dalot struggled to make an impact on the team. The team was also struggling to win games, and the manager decided to stick with the experience. This limited Dalot’s appearances and he had to spend most of the time warming the bench. In the 2020-21 season, he was sent on loan to AC Milan. The loan spell brought a lot of changes in Dalot’s life, and now he is the first-choice right-back for the Red Devils. He has been chosen ahead of Aaron Wan-Bissaka and is expected to remain the club’s first-choice right-back. We now look at some of the stats that show why he is gaining the trust of the manager. 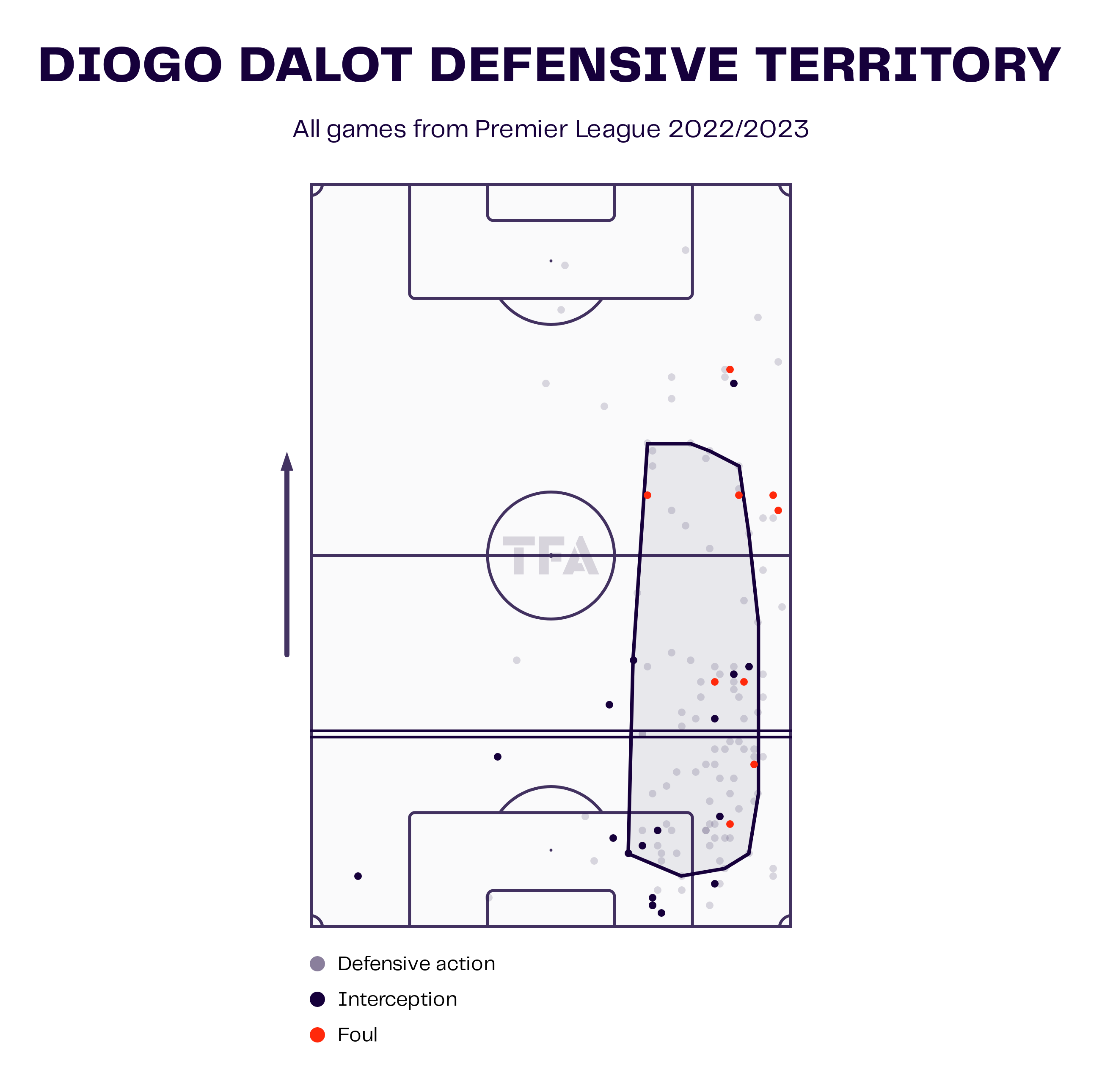 Diogo Dalot has started in all six games played by Manchester United in the English Premier League. The player has spent 572 minutes on the pitch and has even provided an assist. Diogo Dalot is an attacking full-back, but the player has shown a few improvements in his defensive actions. 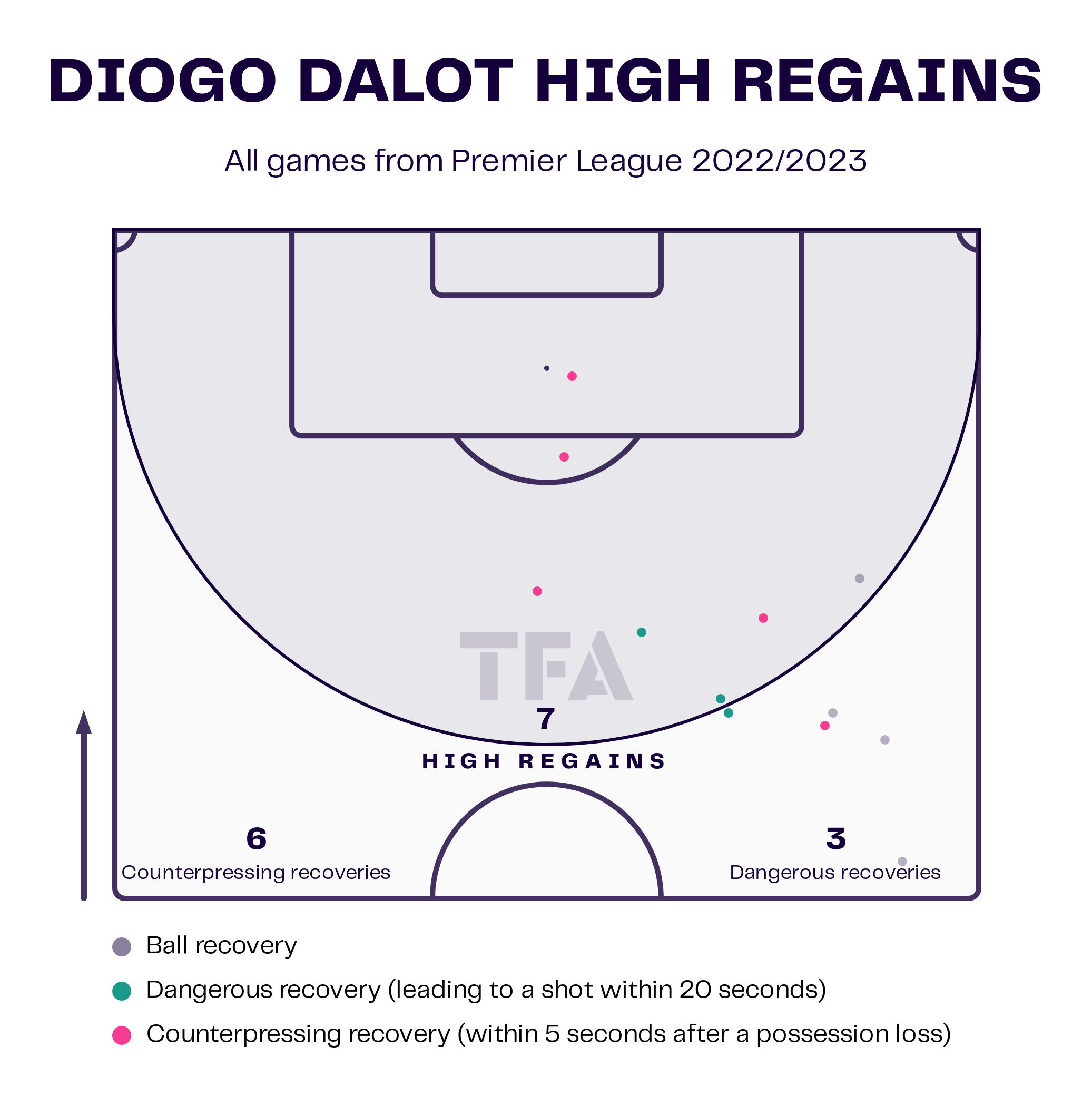 Another area where the player has shown a lot of improvement from last season is his ability to recover the ball. Diogo Dalot averaged 10.7 recoveries per 90 minutes and 19.1% of these recoveries were made in the attacking half. These include six counter-pressing recoveries and three dangerous recoveries. Dalot has recovered seven balls in the final third and those have helped Manchester United to continue their attacking play. Last season, the player made 8.82 recoveries per 90 minutes and had a high recovery rate of 26.6% in the opposition half. He has had more defensive involvement in the game this season and has shown some improvement.

Diogo Dalot hasn’t had a lot of attacking involvements this season. His only assist of the season came in the 1-0 win against Southampton. The 23-year-old Portuguese has some senior players from his country on the United squad. He has adjusted well to the team under the new manager and is likely to remain the first-choice right-back.

Transfer Talk: Benjamin Šeško – Why are Manchester United targeting another...