Manchester United’s manager, Erik ten Hag, recently praised his French defender, Raphael Varane, and called him the new defensive leader at Old Trafford. The 29-year-old centre-back joined the Red Devils last season from Real Madrid. Injuries limited his time in the first season of the English Premier League. He made 22 appearances out of the possible 38 games in the league. This season, he is fit and has featured in almost every game. He is adjusting well to Erik ten Hag’s tactics.

The Red Devils made a poor start to the season by losing the first two games. Raphael Varane missed the first game and came off the bench in the second half. He has formed a partnership with United’s new centre-back, Lisandro Martinez, and both these players have featured in the last four league games. Manchester United have won the last four league games, and these players have laid a solid foundation at the back. We now look at some of the stats of Varane that will show why the manager has praised his French defender. 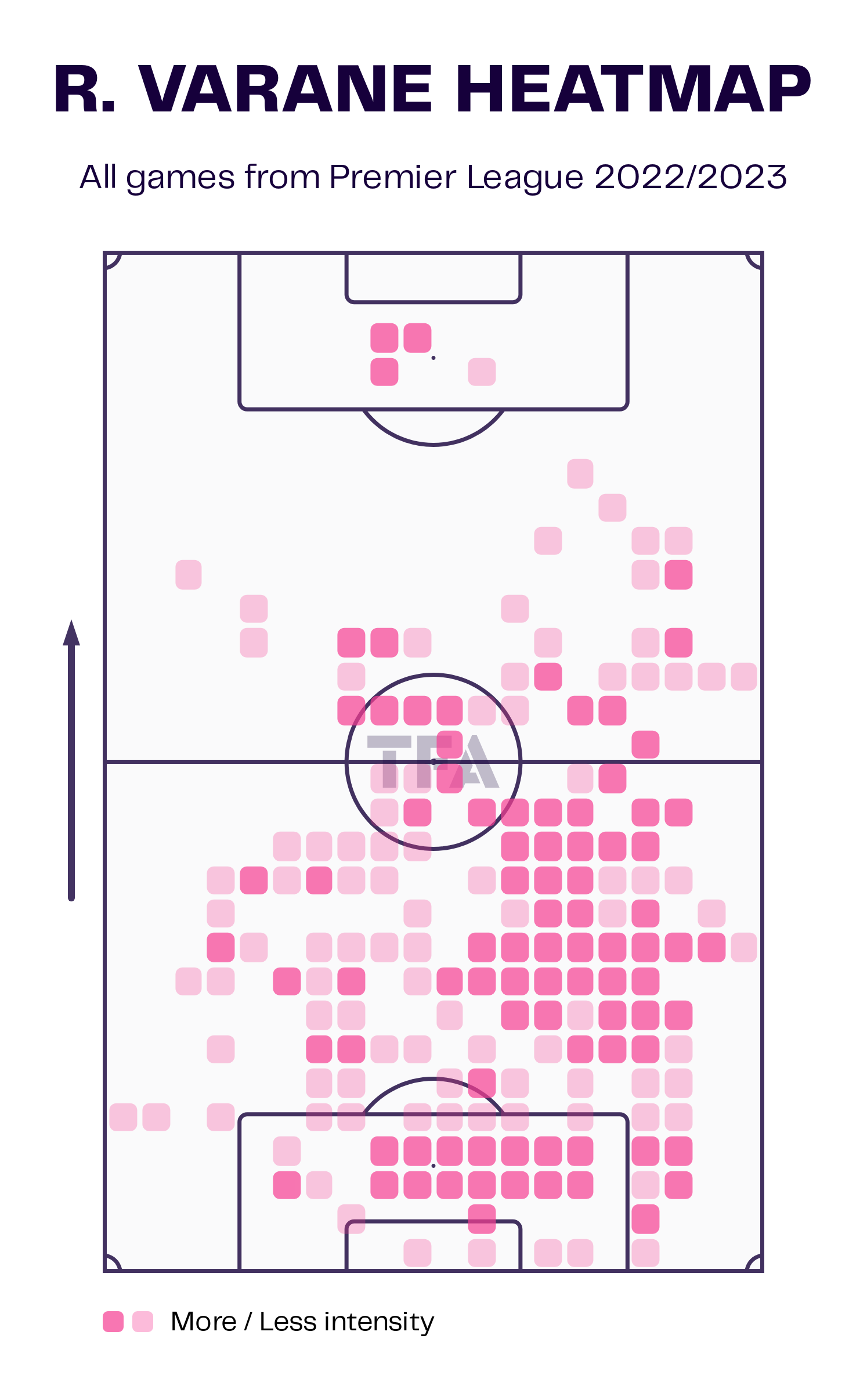 Raphael Varane plays on the right side of the defence and has made five appearances for Manchester United in the English Premier League. He has spent 436 minutes on the field and helped his side keep two clean sheets. The above viz shows that Varane has covered a lot of areas in the defensive half. 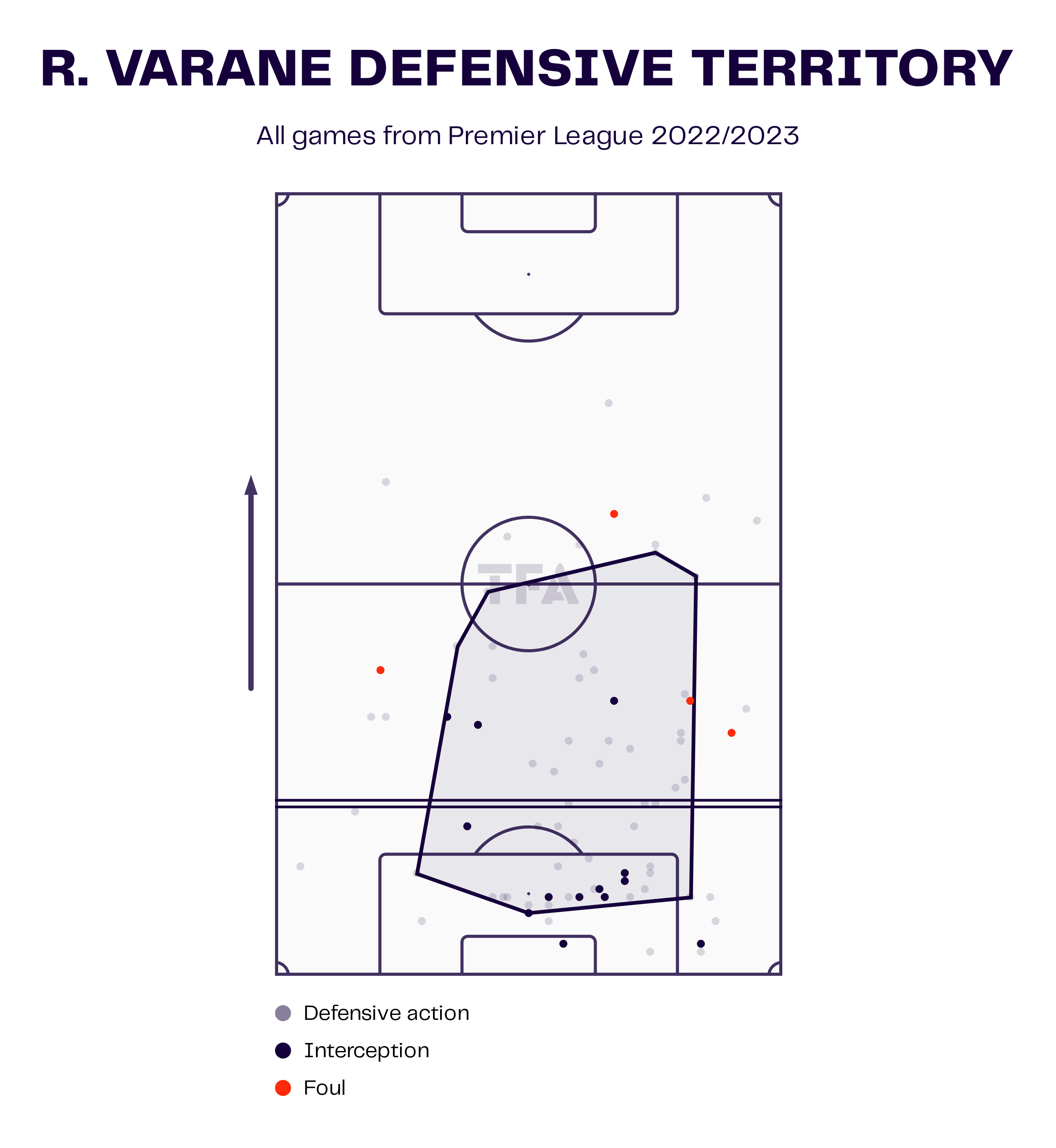 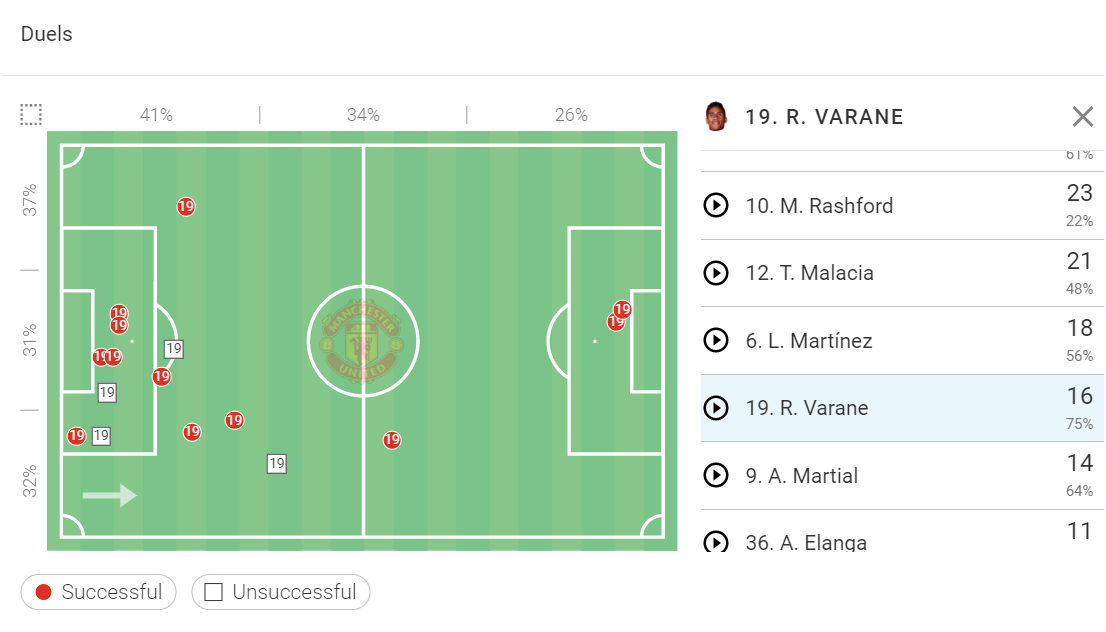 The 29-year-old has been a pillar in Manchester United’s defence. He averages 12.8 duels per 90 minutes and has a 63% success rate. These include 4.54 defensive duels, 4.13 aerial duels, and 2.9 loose ball duels per 90 minutes. Varane won 59% of his defensive duels, 60% of his aerial duels and 71.4% of his loose ball duels. The above viz shows the duels contested by Varane in his first start of the season against Liverpool. Raphael Varane contested 16 duels and had a 75% success rate. He won every aerial duel against them, and two of those came in the opposition penalty box. His performance against one of the top attacking sides shows the experience of the player and his maturity on the pitch. 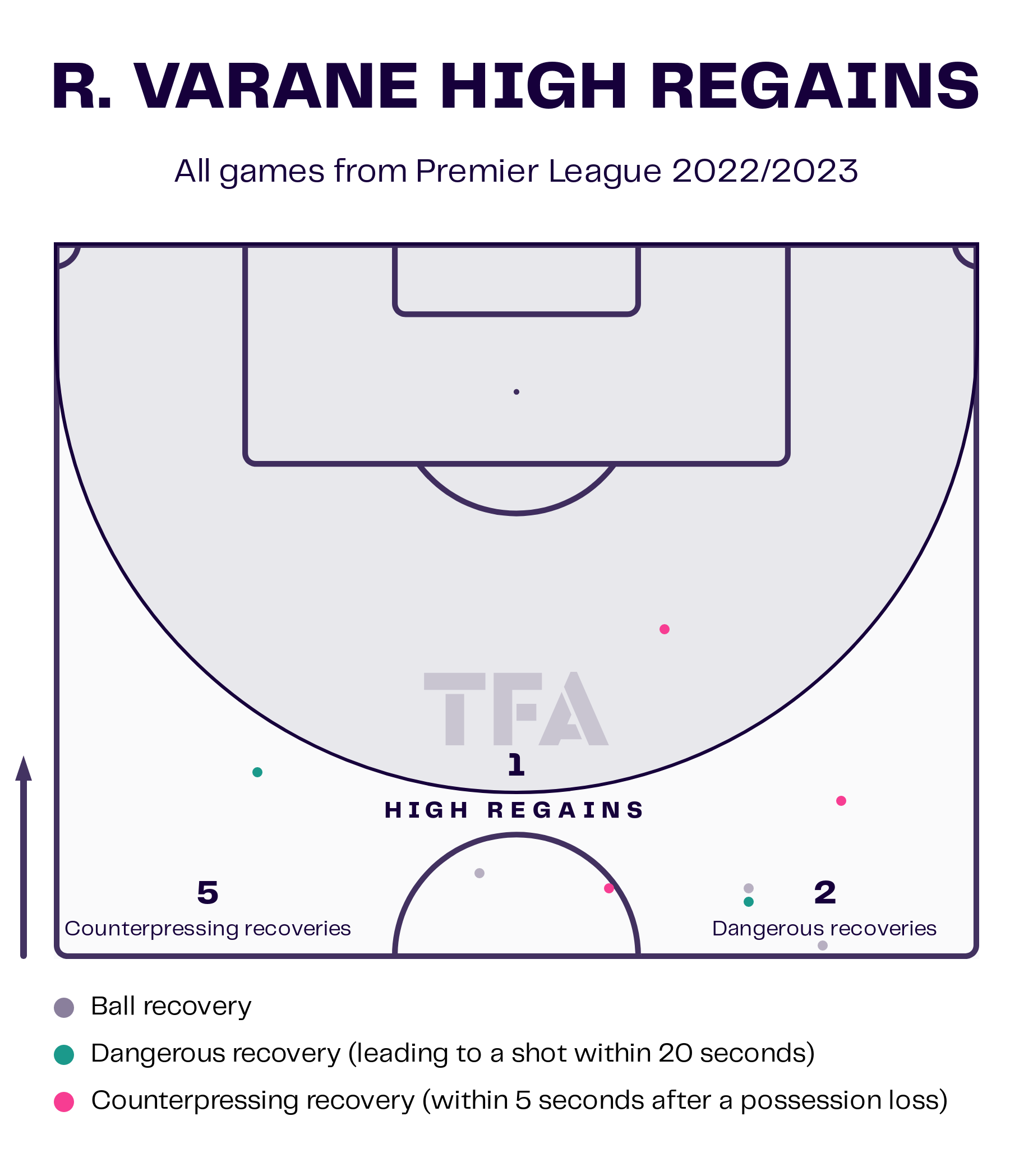 Adding to his duel wins, the player has also made some crucial recoveries this season. His recovery per 90 minutes has increased from 10.3 to 11.97 this season. Some of these recoveries have been made inside the opposition half. The above viz shows that Varane has made five counter-presses and two dangerous recoveries.

Raphael Varane has returned to form and is on top of his game for the first time in a Manchester United shirt. He has stabilised a young defence and will look to keep more clean sheets in the coming matches. The player has a lot of experience and could help his side win a trophy this season.

“It was a difficult game against a well-organised team in difficult...

Manchester United vs Arsenal Preview: 3 things to watch out for...