Manchester United’s pursuit to sign players continues as the Red Devils look to rebuild their team under the management of Erik ten Hag. They signed left-back Tyrell Malacia from Dutch club Feyenoord, and he became the first signing under the new Dutch manager. They have already agreed on deals with Christian Eriksen and are trying to sign centre-back Lisandro Martinez from Ajax. The Red Devils have issues in other positions too, and they would like to sign players before going into the next season. One of the positions where the team is expected to sign a player is right-back. Aaron Wan-Bissaka has failed to provide the quality that was needed, and the team is thinking about offloading him. In his place, they are targeting a few players, and one of them is Southampton’s versatile full-back, Kyle Walker-Peters. The 25-year-old has caught the eye of many English Premier League clubs and could be on the move away from the Saints. Some of his stats below show why the player is on the radar of Manchester United and how he could prove to be a handy addition to their side. 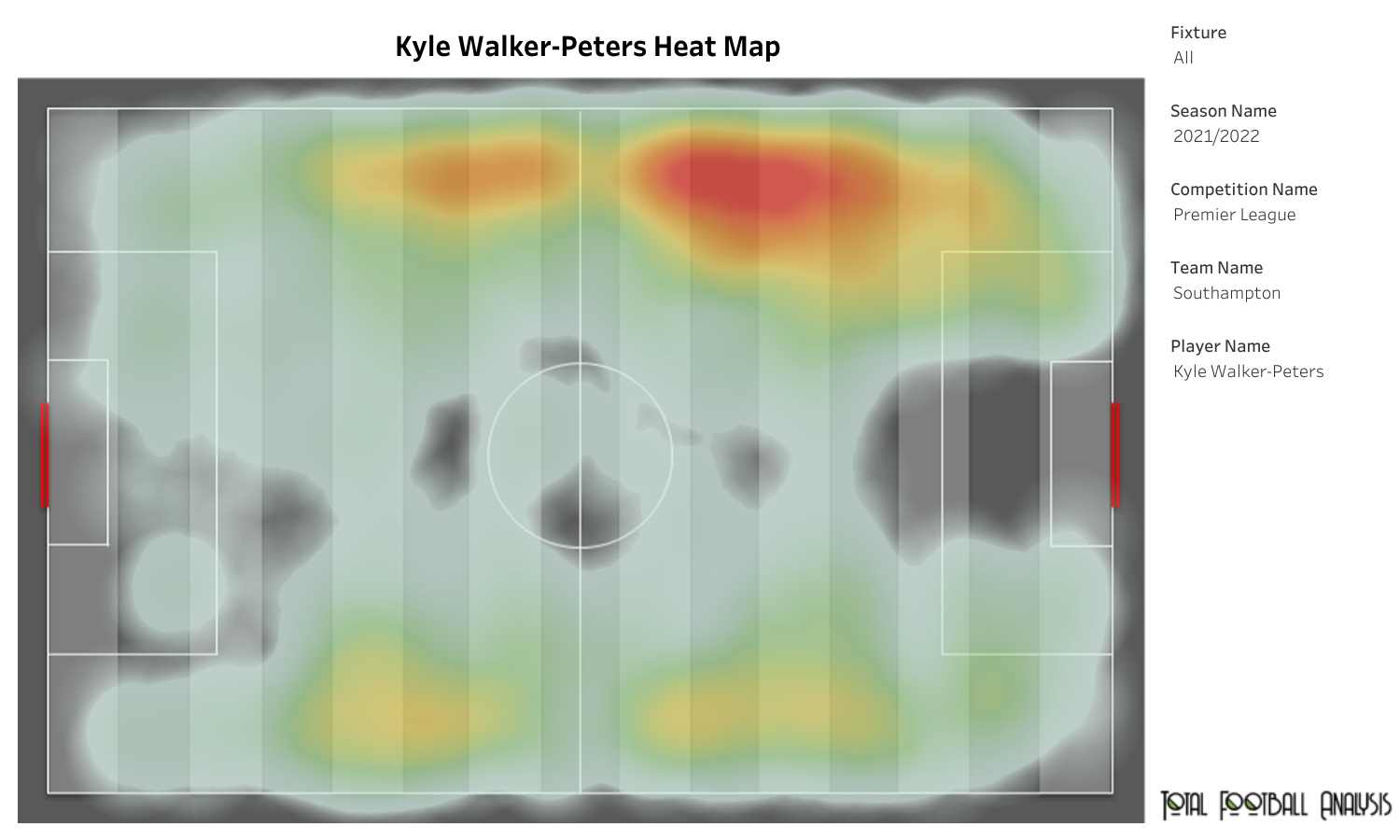 Last season, the full-back made 32 appearances for Southampton in the English Premier League. Southampton faced a lot of injury issues in the full-back position, and Walker-Peters’ versatility contributed a lot to his side. The above viz shows the heat map of the player, and we can observe that he played as a left-back and a right-back for his side. He was versatile and filled in the vacant spots left by the injured players. Walker-Peters also managed to score a goal and provide two assists to his teammates. 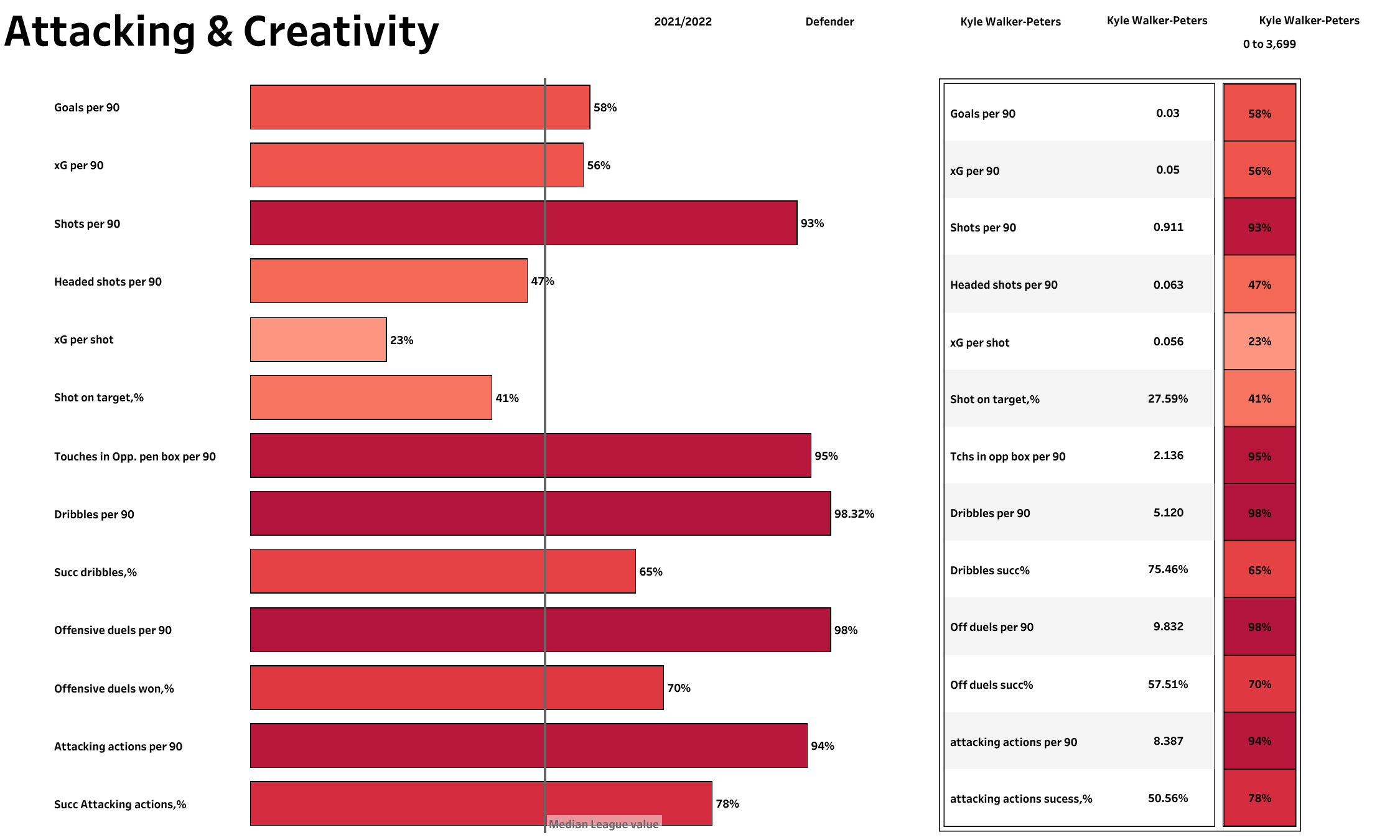 Walker-Peters is an attacking full-back and was involved in 8.38 attacking actions per 90 minutes with a success rate of over 50%. When looking at the above chart, the general rule is that the longer the bar, the better the performance — you can see the league average in the middle, and the % is the percentile rank the player is in. We can see that the player was ranked low in only a few of the stats mentioned above. Otherwise, he dominated the attack as Walker-Peters averaged almost one shot per 90 minutes. Other than this, he dribbled past the opposition defence quite often and penetrated the opposition’s penalty box by taking 2.1 touches per 90 minutes. The heat map also shows that the player played a high attacking line and was a threat to the opposition goal. 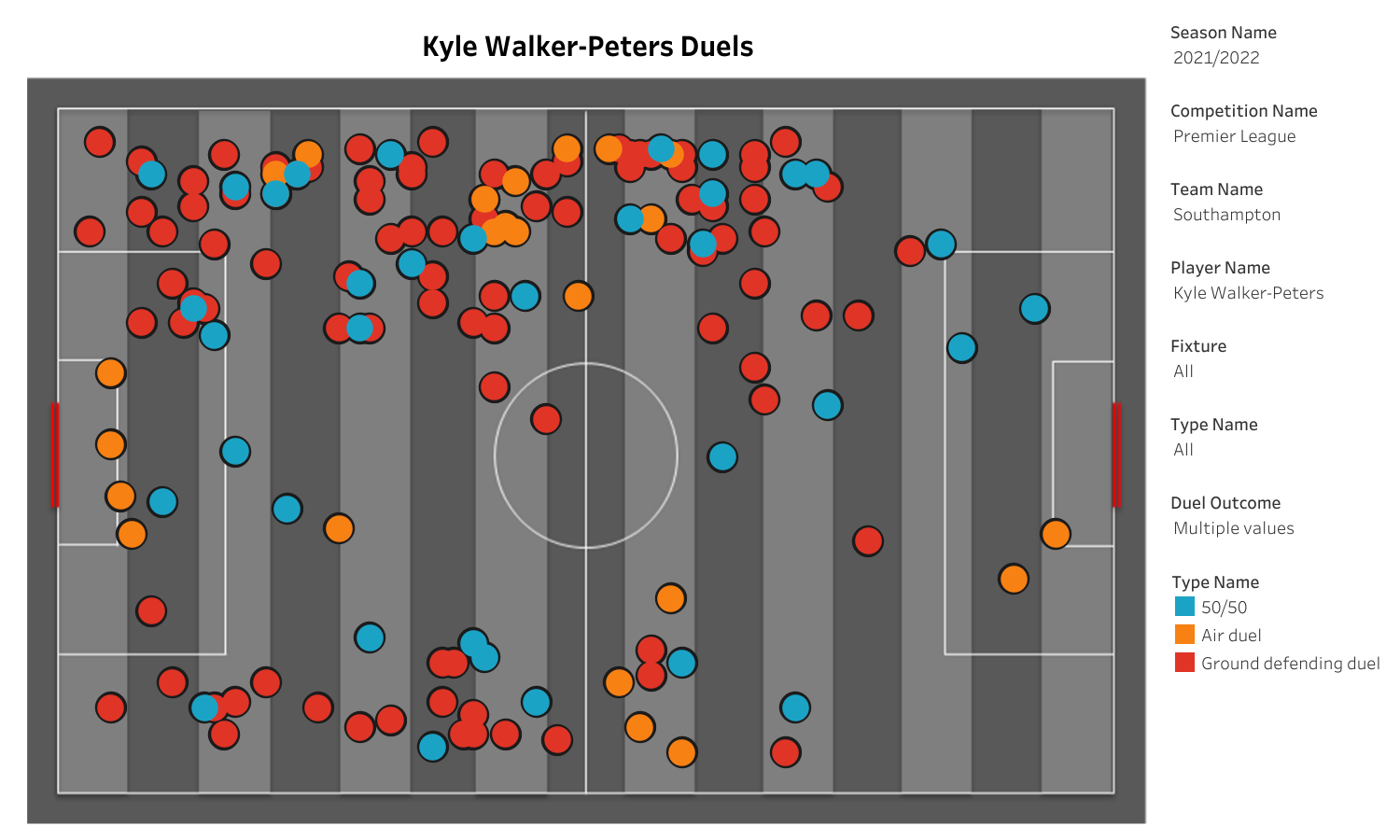 Walker-Peters is an attacking threat and likes to remain high up on the pitch. He could be a great addition to Erik ten Hag’s side and play a crucial role in their search for silverware. Manchester United will face a lot of competition to sign the full-back and might have to offload Wan-Bissaka before his arrival.