Manchester United’s pursuit to sign a midfielder continues as the Red Devils are linked with a move for PSG’s Argentine midfielder, Leandro Paredes. Erik ten Hag is keen on bringing Frenkie de Jong to Manchester, but the former Ajax midfielder is not willing to leave Barcelona. Now, the Red Devils are after other midfielders who could play in the same role and stabilise their midfield. Paredes is available in the current transfer window after PSG decided to earn some money from the transfer of the 28-year-old midfielder. Paredes joined PSG in January 2019. Since then, he has won three league titles and two domestic cups with the club. He is not well-known for his ability to score goals or create plays, but his presence in the midfield puts a lot of pressure on the opposition defence. Manchester United are facing a lot of competition from other clubs to sign the midfielder. Some of the stats below will show how the midfielder could be a great addition to Manchester United’s midfield. 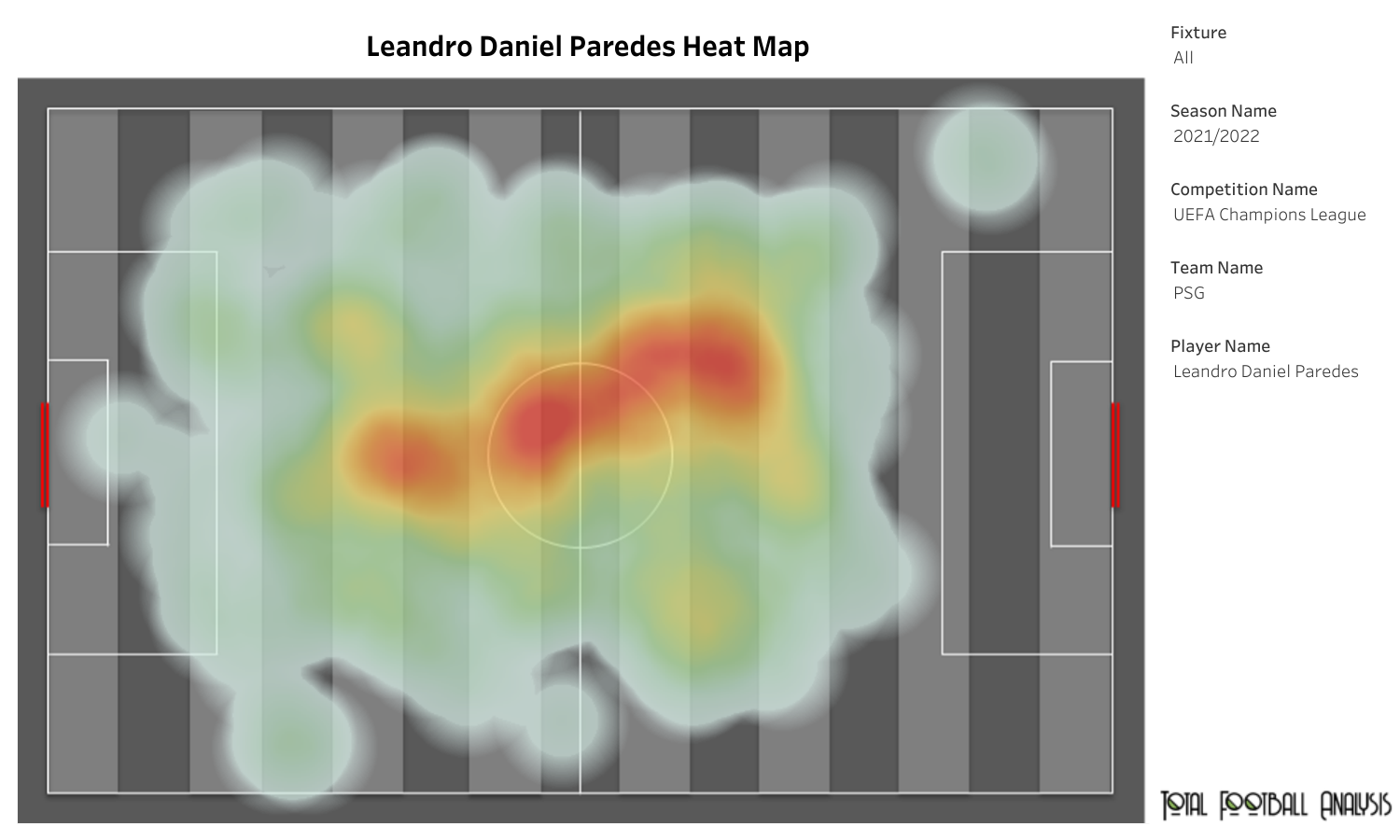 Paredes was unable to get a lot of game-time under Mauricio Pochettino. He made just 22 appearances in all competitions for the French club. Overall, Paredes scored a goal and provided two assists. The above viz shows the heat map of the player in five UEFA Champions League appearances. The 28-year-old played in the heart of the midfield, and his average position was near the centre circle. He allows other midfielders to get involved in the play and sometimes plays a high line when his team is in possession of the ball. 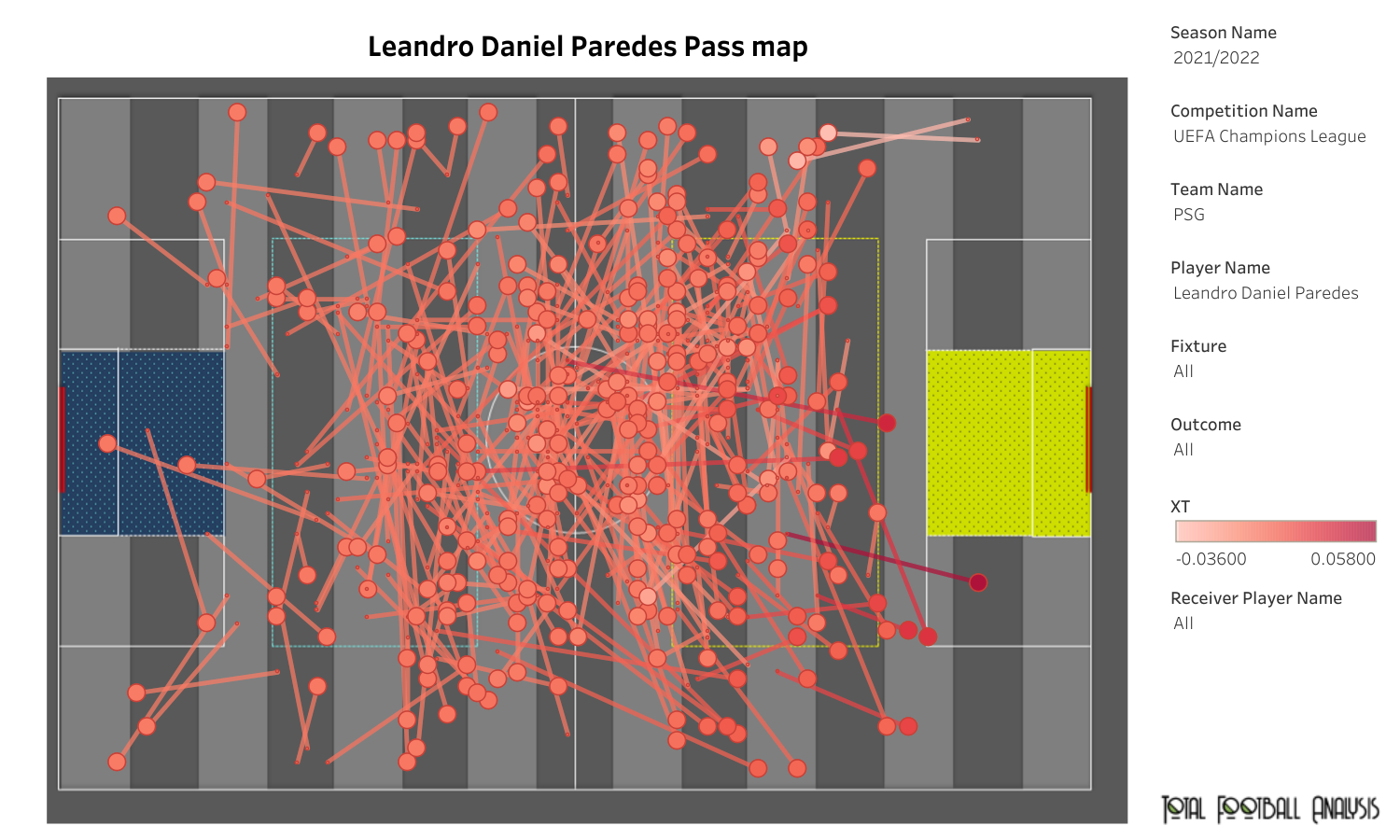 Paredes averaged 82.3 passes per 90 minutes with a high accuracy rate of 95.36%. These included nine passes into the opposition’s final third per 90 minutes with an accuracy rate of 85%. The above viz shows all the passes attempted by the midfielder. Most of the passes attempted by him were sideways and towards the flanks. He distributed the ball and allowed his teammates to create chances in the match. Paredes attempted 50 passes towards Lionel Messi and 49 towards Marco Veratti. He used to take the ball from the defence and look for a player who was making forward runs. 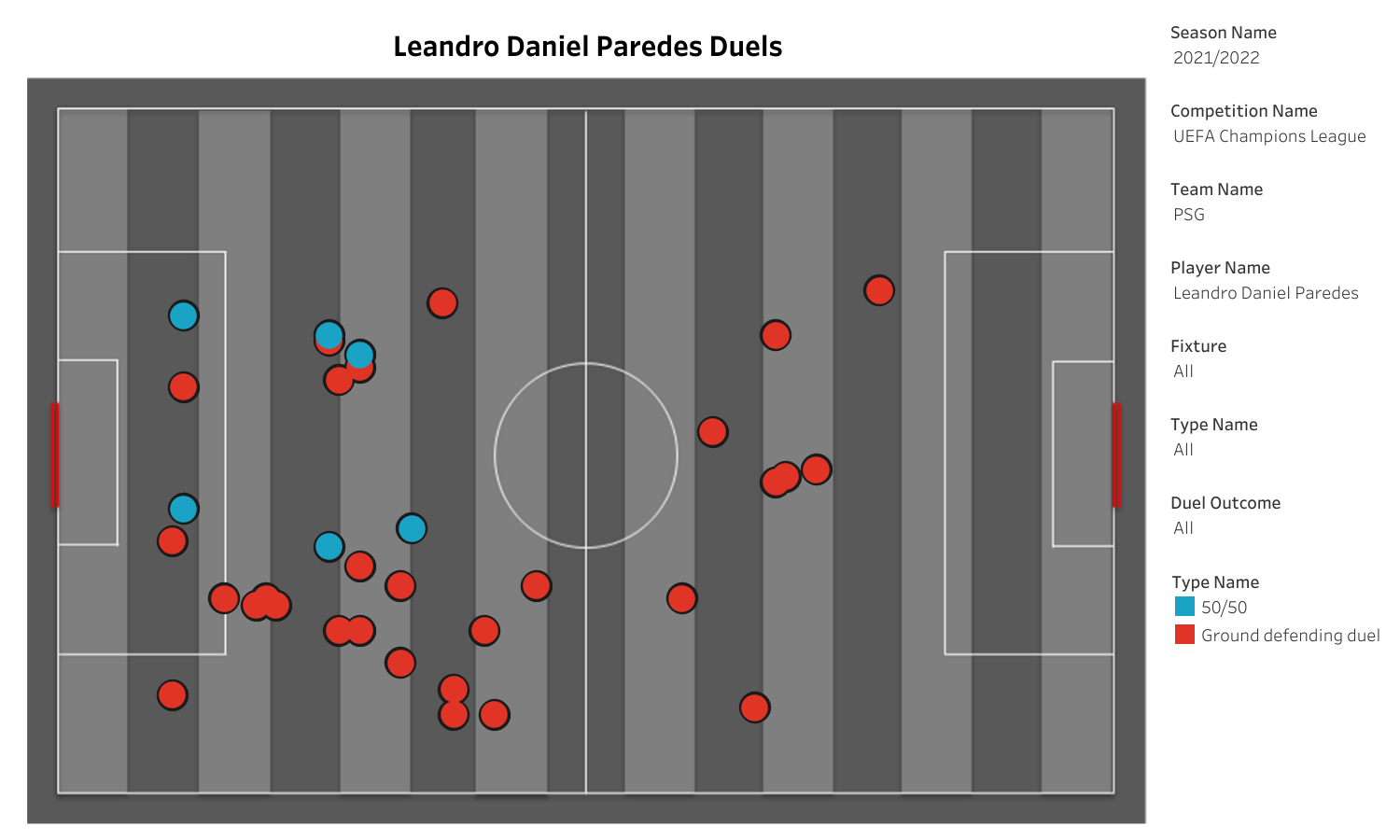 Paredes showed some glimpses of why he could be signed by Manchester United. He stays in front of the centre-backs and can distribute the ball from the middle. Paul Pogba’s transfer has left a big gap in Manchester United’s midfield, and they will sign one or two midfielders. Leandro Paredes could be on his way to Manchester.