Manchester United will look to return to winning ways when they face Brentford at Old Trafford in the English Premier League. The Red Devils are winless in their last three league matches, and this has lowered their chances of qualifying for the UEFA Champions League for the next season. Brentford, on the other hand, are unbeaten in their last four league games and will look to create an upset against an out-of-form Manchester United side. The previous meeting between the two teams ended 3-1 in favour of the Red Devils.

Manchester United have played 35 games, and they have managed to win 15 games this season. They have lost ten and drawn the remaining ten fixtures. The Red Devils have managed to find the back of the net 54 times with an xG rate of 50.32. In return, their defence has leaked 53 goals with an xGA rate of 54.35. 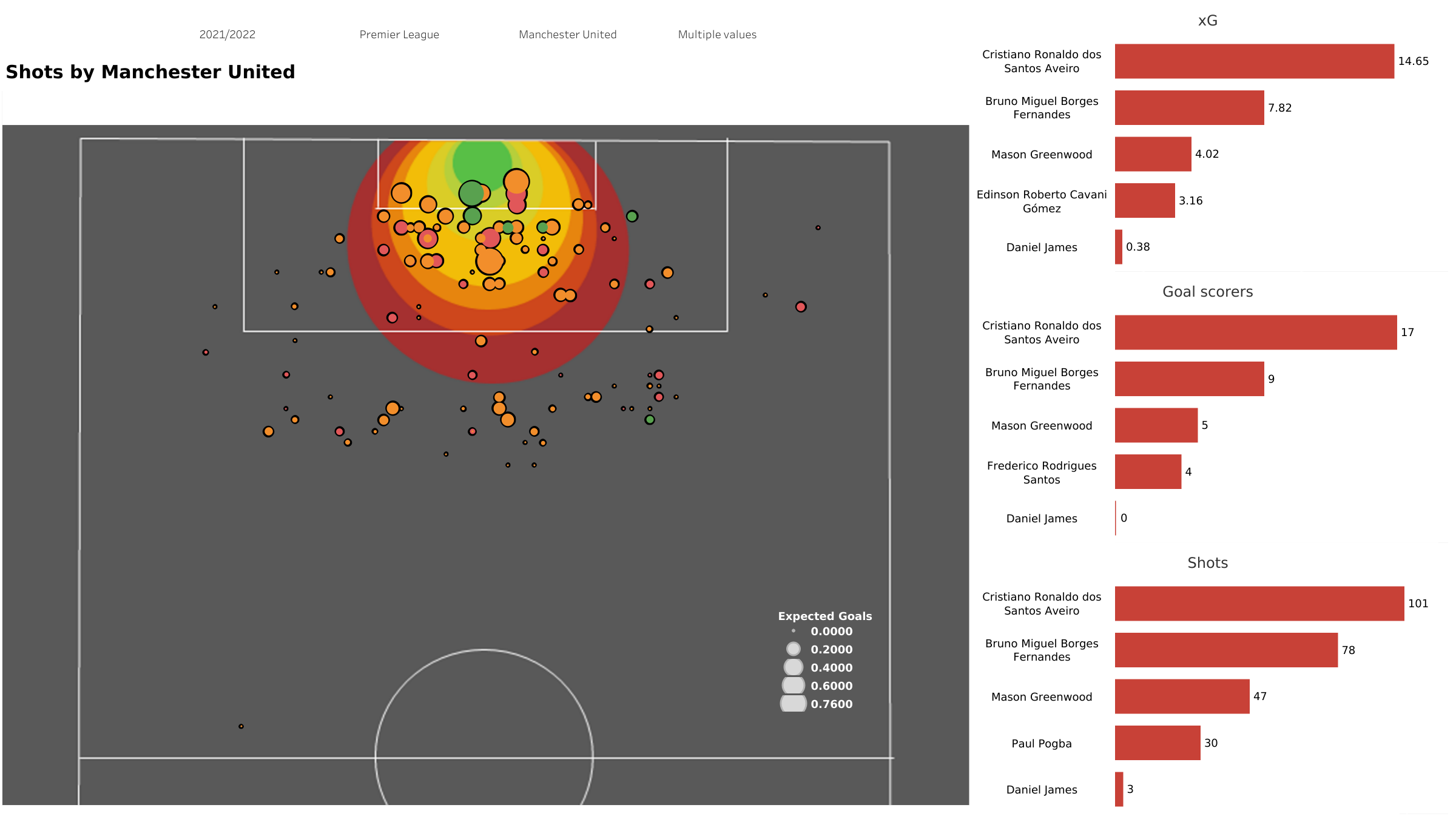 Manchester United have attempted 457 shots this season, with an average of 12.03 shots per 90 minutes. They have managed to hit the target 164 times and average 4.32 shots on target per 90 minutes. Of these 457 shots, 276 have been attempted from inside the opposition’s penalty box, with 116 of them being on target. The above map shows all the shots attempted from set-pieces, except the penalty spot. Manchester United players have scored six goals, including five from inside the penalty box. 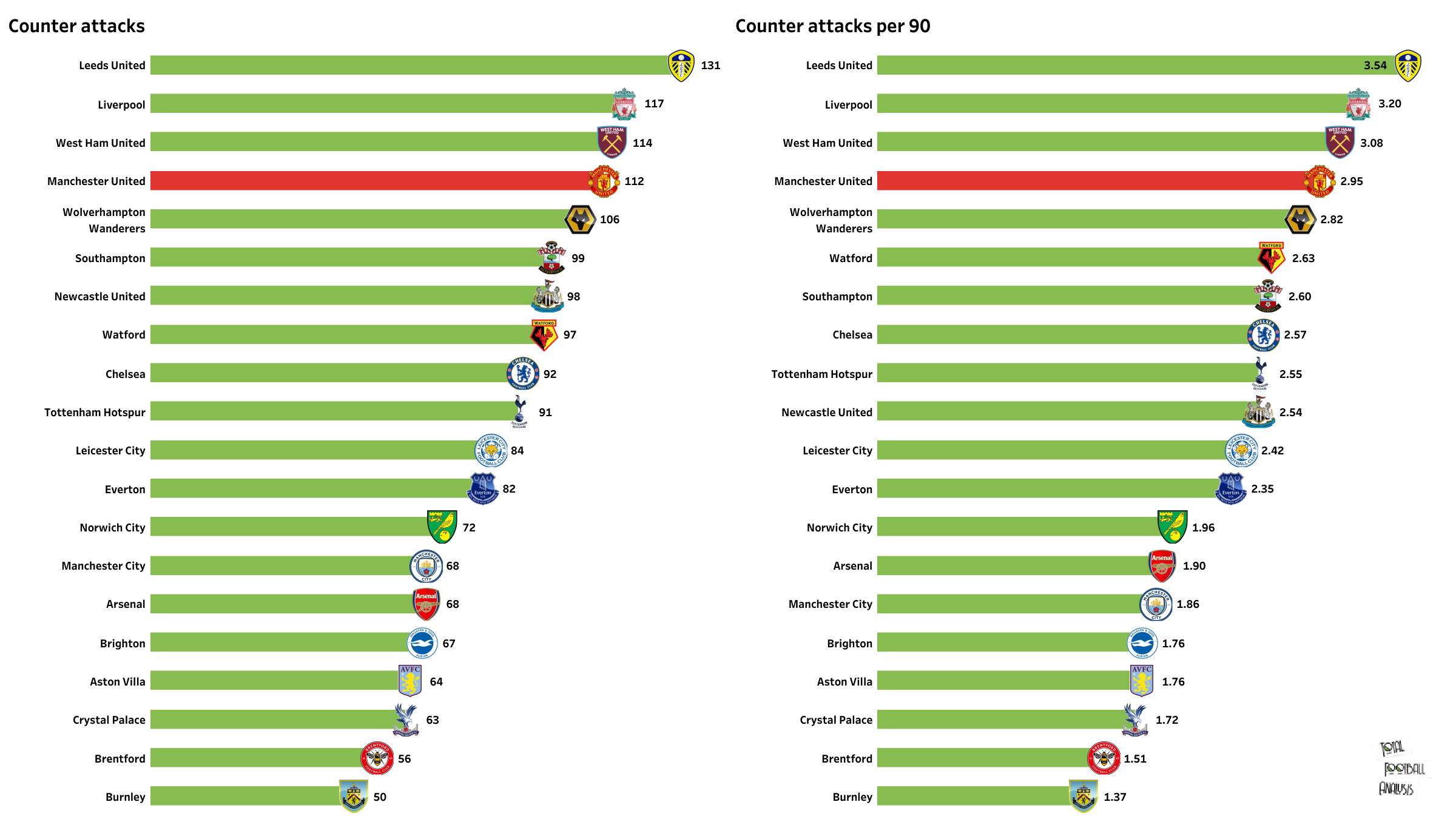 The home team are dangerous on the counter and average around three counterattacks per 90 minutes. Other than this, they have created 1,051 positional attacks, and 269 shots have been attempted while creating those attacks.

The Red Devils will still be without the services of Edinson Cavani, Luke Shaw, Paul Pogba, and Harry Maguire for this game. Jadon Sancho is also facing injury issues and is likely to miss this match. However, there are some positives in the Manchester United camp as Aaron Wan-Bissaka, Fred, and Jesse Lingard could be back in the squad for this match. Juan Mata could also be handed a league start ahead of Marcus Rashford. 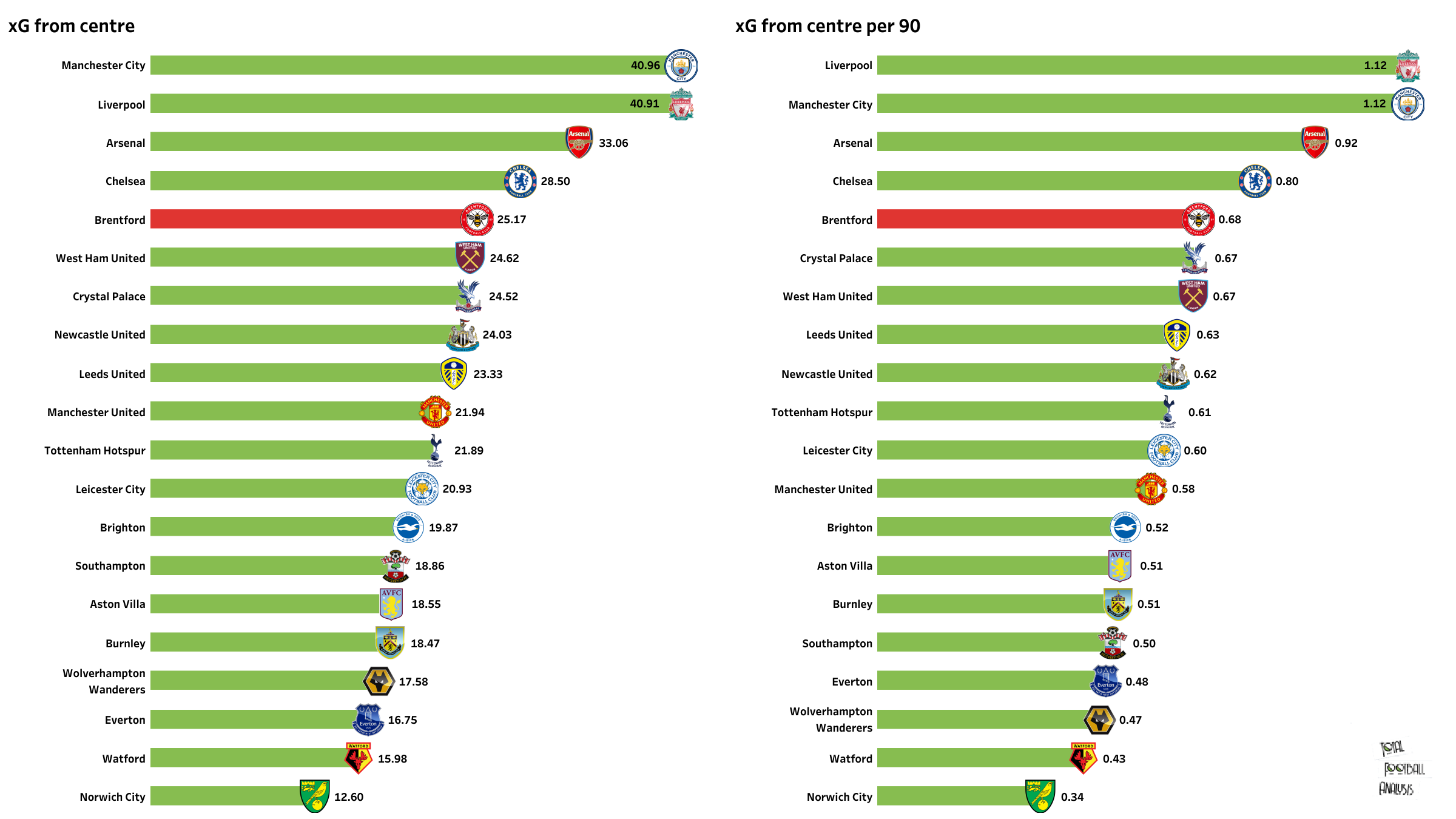 Brentford have won 11, drawn seven, and lost 16 games this season. The Bees have scored 41 goals and conceded two fewer goals than their opponents. They have an xG rate of 47.31 and an xGA rate of 45.47. The above viz shows that Brentford have created a lot of threats from the centre and are only behind the top-four teams in the list. 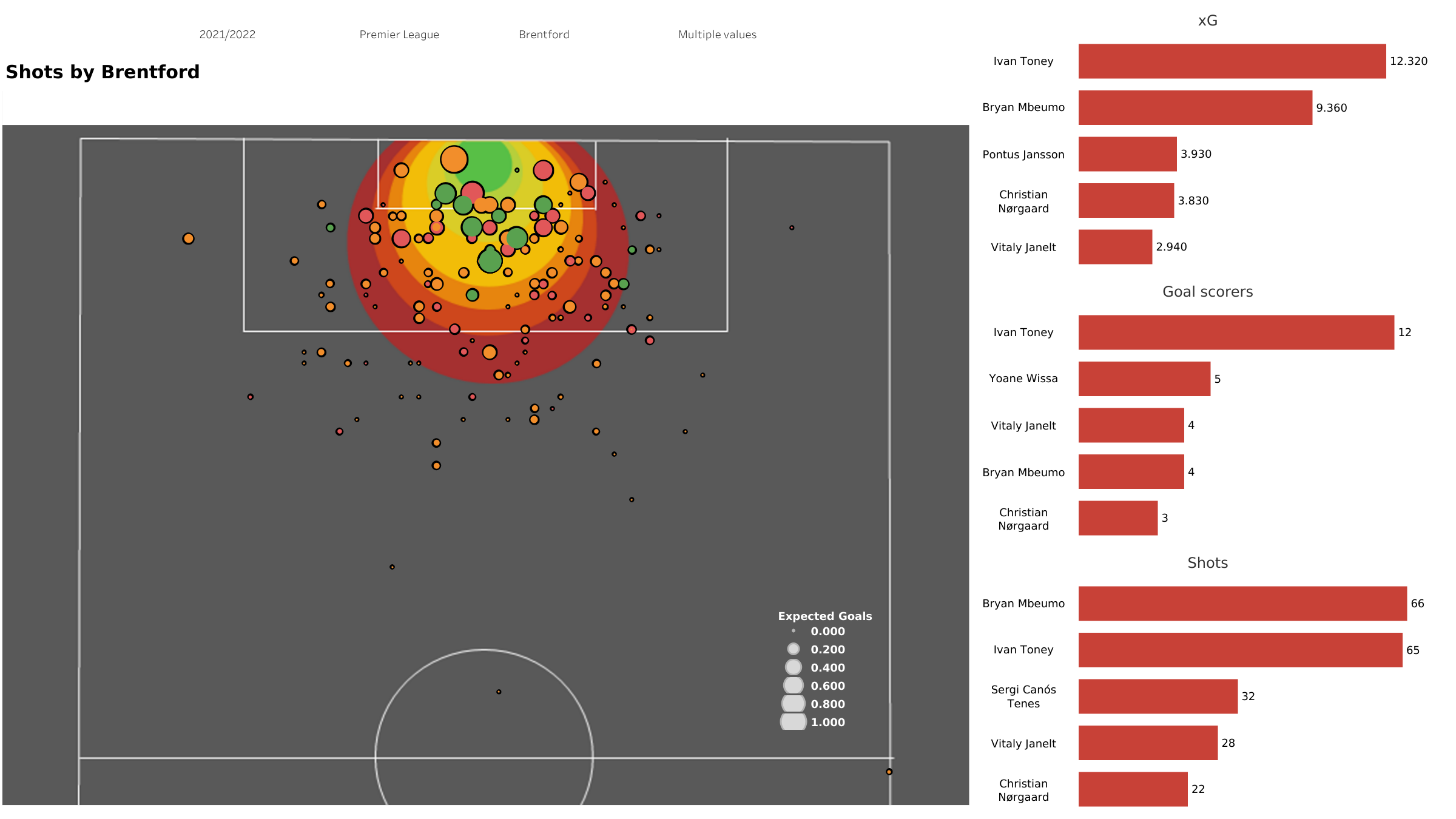 The above viz shows that Brentford are very dangerous on set-piece play. They have scored 13 goals from set-pieces, and their players are a great threat in the air. Overall, the Bees have attempted 352 shots, with 127 of them being on target. A total of 235 shots have been attempted from inside the opposition’s penalty box, and 102 shots have found the target. They have created the second-lowest number of counterattacks in the league this season.

Brentford will be without Ethan Pinnock, Sergi Canos, Frank Onyeka, and Saman Ghoddos. Mathias Jorgensen has a groin issue and is expected to miss the remaining part of the season.

Manchester United have the upper hand against a side playing their first season in the English Premier League. Brentford are eight points clear of the relegation zone and will look to earn some points against tougher opposition.