Manchester United suffered a humiliating 0-4 victory at the hands of Brighton & Hove Albion in the English Premier League. This was their third defeat in the last five games in the league. The Red Devils have dropped points and are likely to play in the UEFA Europa League next season.

Which Brighton player made the most recoveries inside the opposition’s half? Who won the highest number of aerial duels for Manchester United? 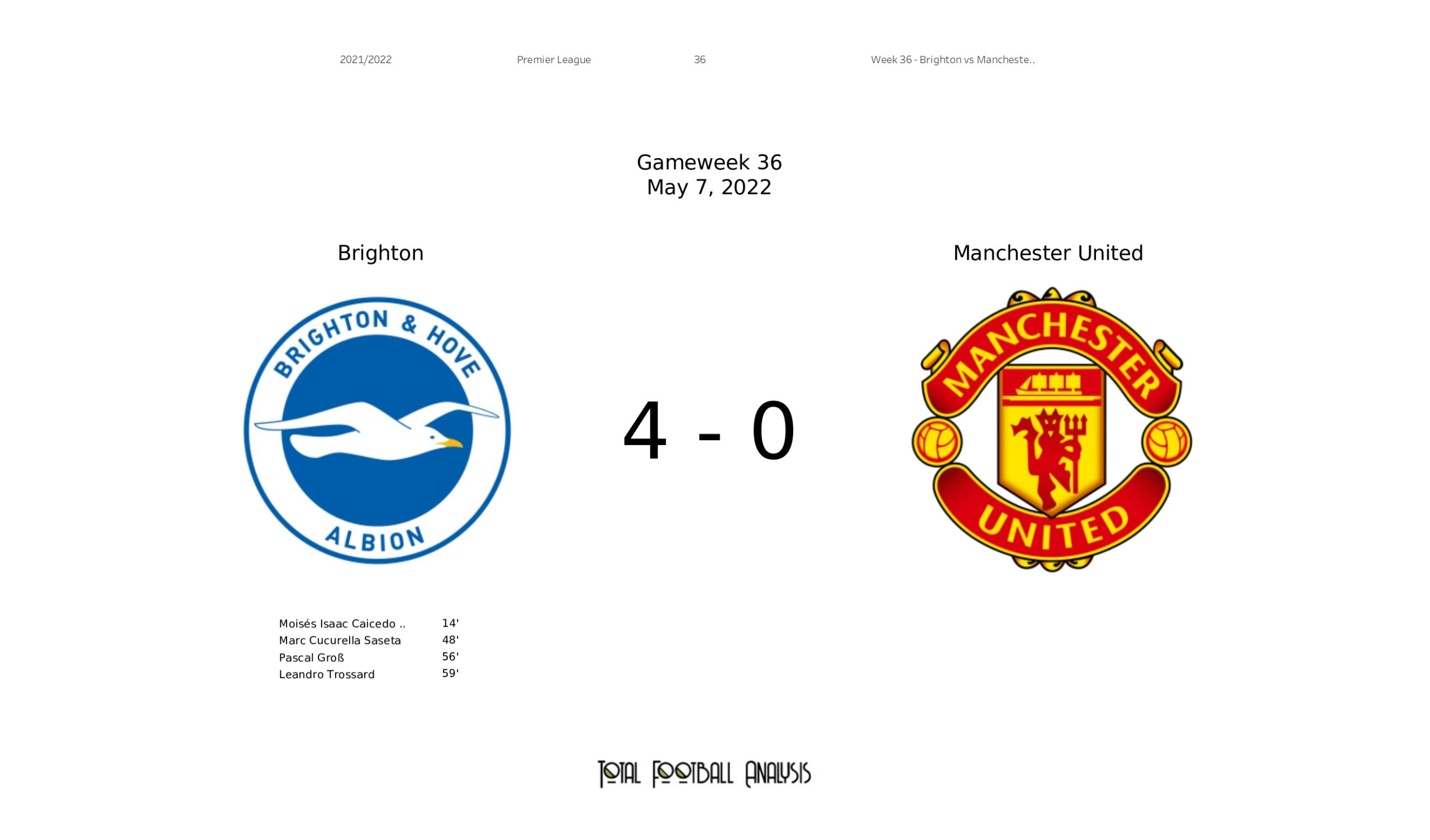