Manchester United’s poor season ended with a 0-1 loss against Crystal Palace in the English Premier League. Former United player, Wilfried Zaha, scored the only goal of the match inside the first half. The Red Devils finished sixth in the league table and will play in the UEFA Europa League next season.

Who made the most recoveries inside the opposition’s half for Crystal Palace? How many crosses were attempted by Manchester United? 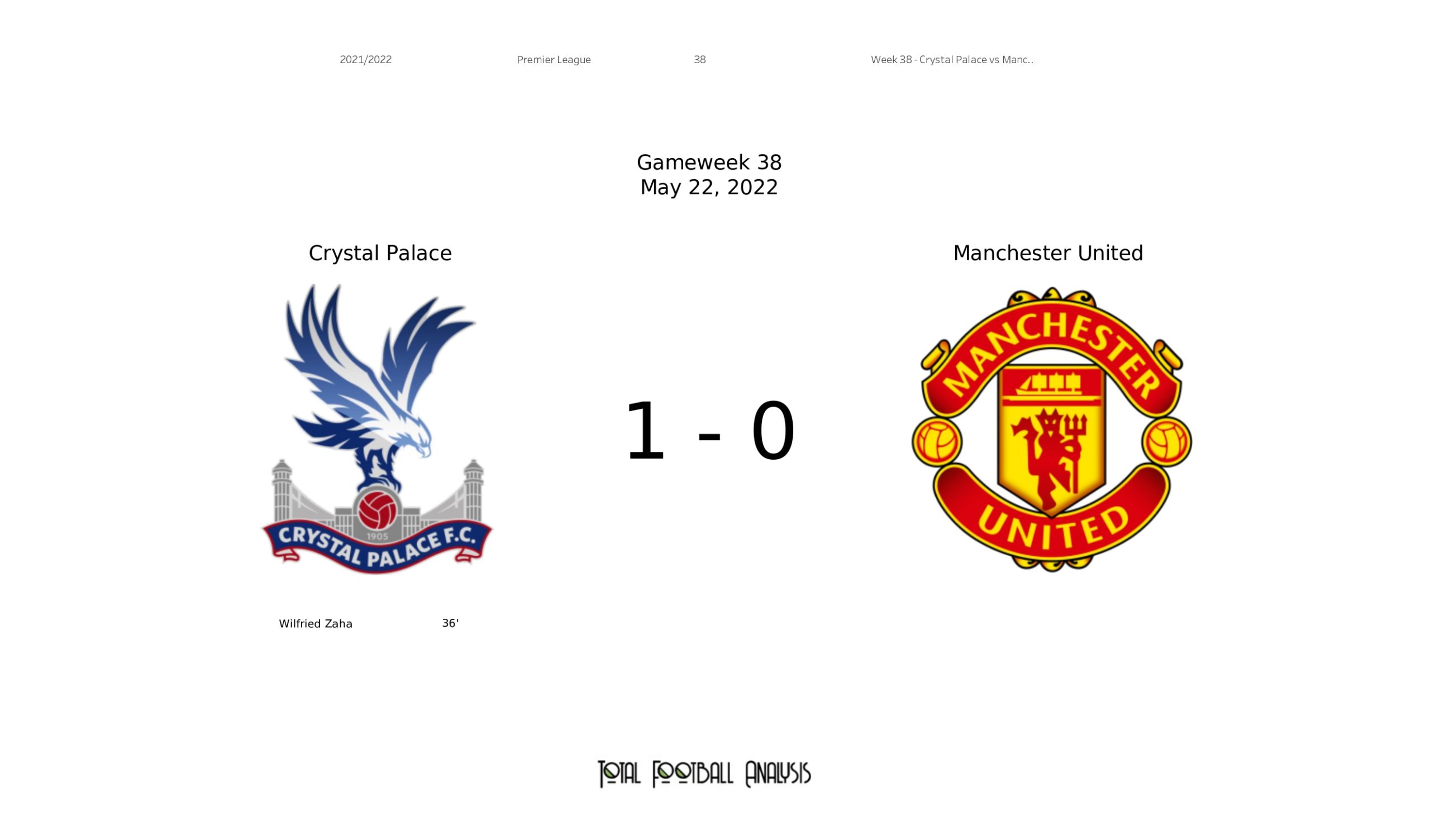