Manchester United won their third consecutive game after a 1-0 victory over Leicester City in the English Premier League. The Red Devils have started to find their form and have risen to the fifth position in the league table. Leicester City have struggled to find form & momentum and are at the bottom of the table.

Which Leicester City player won the highest number of defensive duels? How many positional attacks were created by Manchester United? 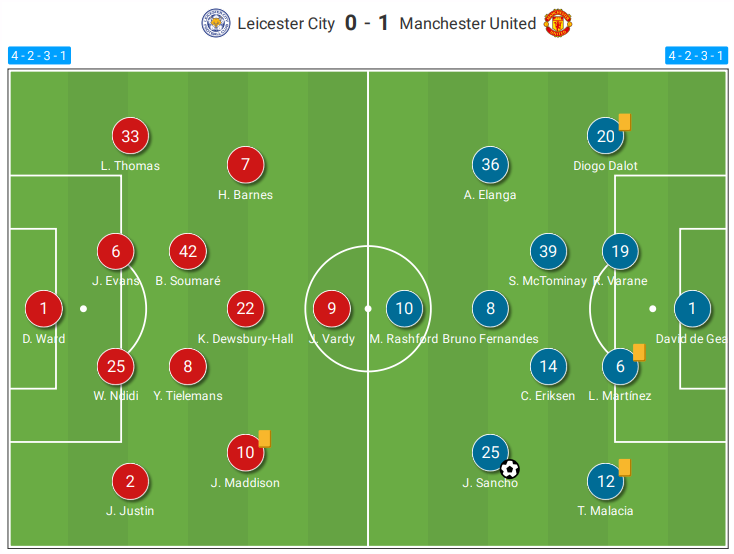 Only Solskjaer wanted Haaland in United

Fast start required if Manchester United are to qualify for Champions...

Under the microscope: Anthony Elanga – Can the academy graduate cement...