Manchester United failed to win their first competitive match under Erik ten Hag after Graham Potter’s Brighton & Hove Albion stunned the Old Trafford crowd by claiming a 2-1 victory in the English Premier League. Cristiano Ronaldo started on the bench, and Christian Eriksen was handed his league debut for the club alongside Lisandro Martínez. Manchester United were down 0-2 at the end of the first half. A string of attacks led to an own goal from Brighton. They defended well for the rest of the game and took three points away from Manchester.

How many crosses were successfully delivered by Manchester United? What were the attack creation zones for Brighton? 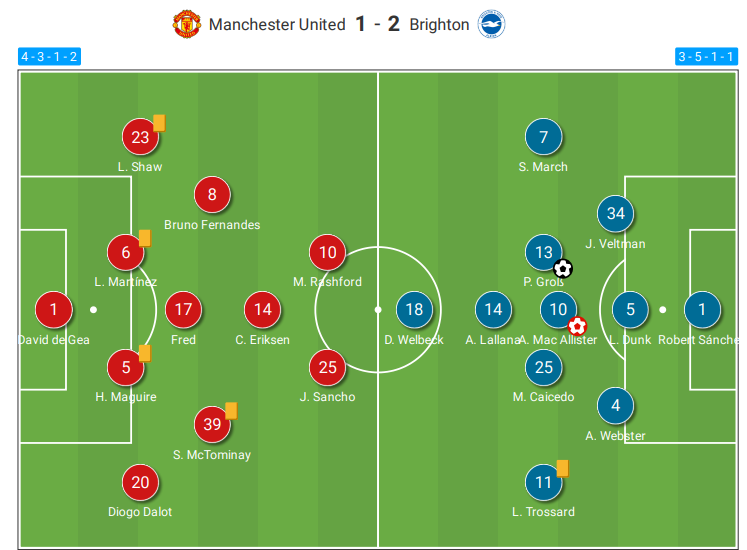