Manchester United’s hopes of playing in the UEFA Champions League next season are nearing an end after they played a 1-1 draw against Leicester City in the English Premier League.

How many passes were attempted into the opposition’s penalty area by Manchester United? Which Leicester City player attempted the most shots? 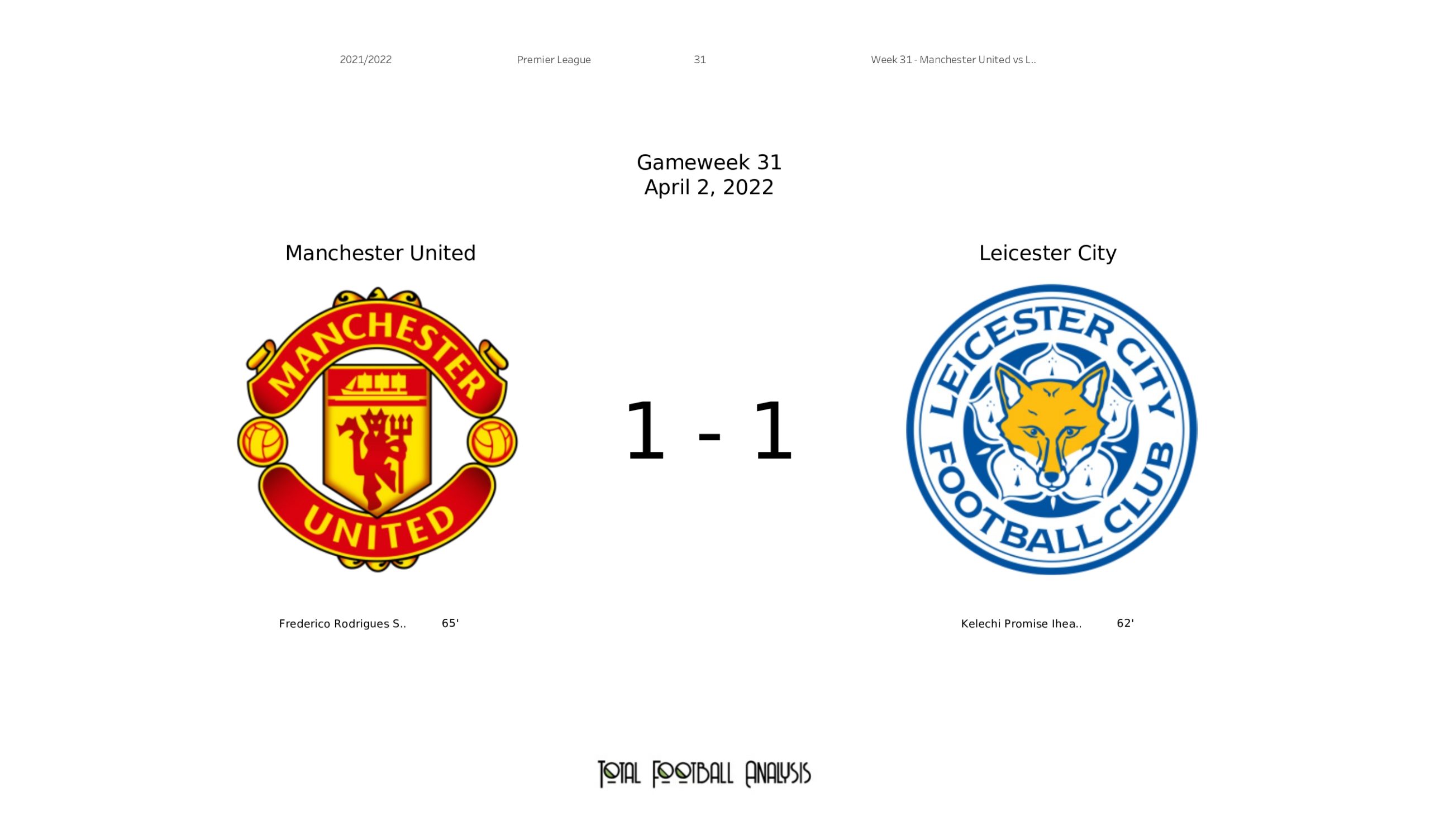