Manchester United were held to a goalless draw against Newcastle United in the English Premier League. The Red Devils dropped points for the fourth time in nine games, and this was their first draw of the season. Newcastle United are on a five-match unbeaten run and have earned nine points. Manchester United sit in the fifth position in the league table and are just one point ahead of the Magpies.

How many positional attacks were created by Manchester United? Who won the highest number of duels for Newcastle United? 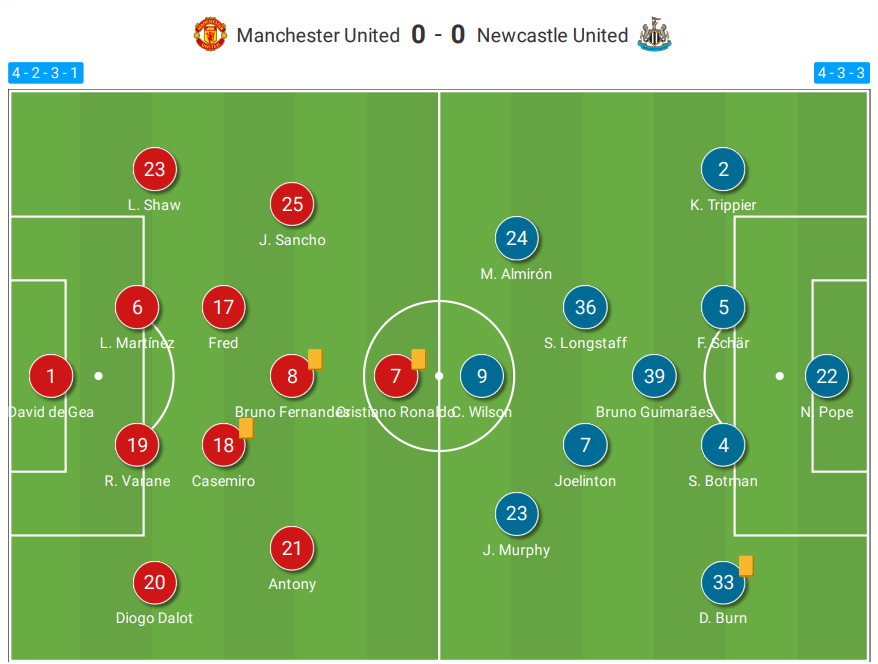