Southampton will travel to Old Trafford to take on a struggling Manchester United side in the English Premier League. The home team played out a 1-1 draw against the bottom of the table side Burnley and were knocked out of the FA Cup by Middlesbrough before Burnley’s fixture. Southampton, on the other hand, will be high on confidence after their impressive 3-2 comeback win against Spurs at Tottenham Hotspur stadium. In the reverse fixture, both teams played to a 1-1 draw at St. Mary’s Stadium.

The home team sits sixth in the league with 11 wins and six draws. Rangnick’s men have scored 37 goals with an xG rate of 34.08. In return, they have conceded 31 goals with an xGA of 36.27. When looking at the above chart, the general rule is that the longer the bar, the better the performance — you can see the league average in the middle, and the % is the percentile rank the player is in. The Red Devils have the highest attacking action success rate in the league. Other than this, the passing accuracy is on the higher side amongst other teams in the league. This includes a 75% success rate in passes into the attacking third. The duels win percentage is also on the higher side for the Red Devils. 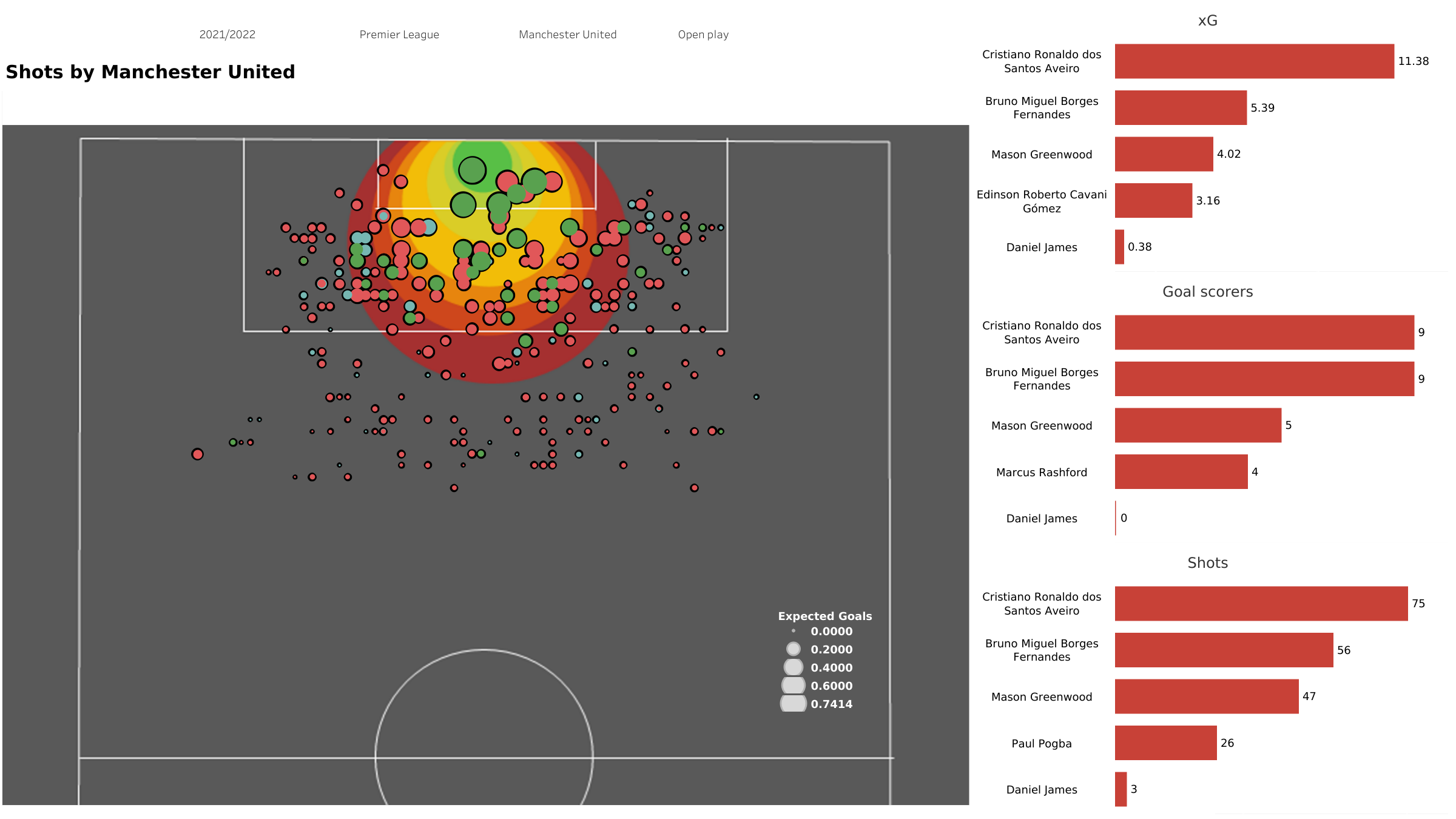 Manchester United players have attempted 319 shots and averaged 12.77 shots per 90. Out of the 319 shots, 187 have been attempted from inside the opposition’s penalty box. Manchester United players have managed to hit 71 shots on target. The above shot map shows all the shots attempted from open play. Most of the goals have been scored from inside’s the penalty box, with four coming from inside the opposition’s 6-yard box.

Ralf Rangnick will be without Eric Baily, Nemanja Matic, and Fred for this match. Alex Telles could make a return, but his inclusion in the team is yet to be confirmed. Cristiano Ronaldo will also return to the starting XI after coming off the bench against Burnley. Anthony Elanga might also be reintroduced to the starting XI.

Southampton scored three past Spurs, and this took their goal-scoring tally to 29 goals with an xG rate of 30.19. The Saints have conceded 36 goals with an xGA of 34.25. The away team averages more than one goal per 90, and they have a high shot accuracy rate in the league. Other than this, the attacking actions success rate is on the higher side. Defensively, the Saints have a high defensive actions success rate amongst other teams in the league. 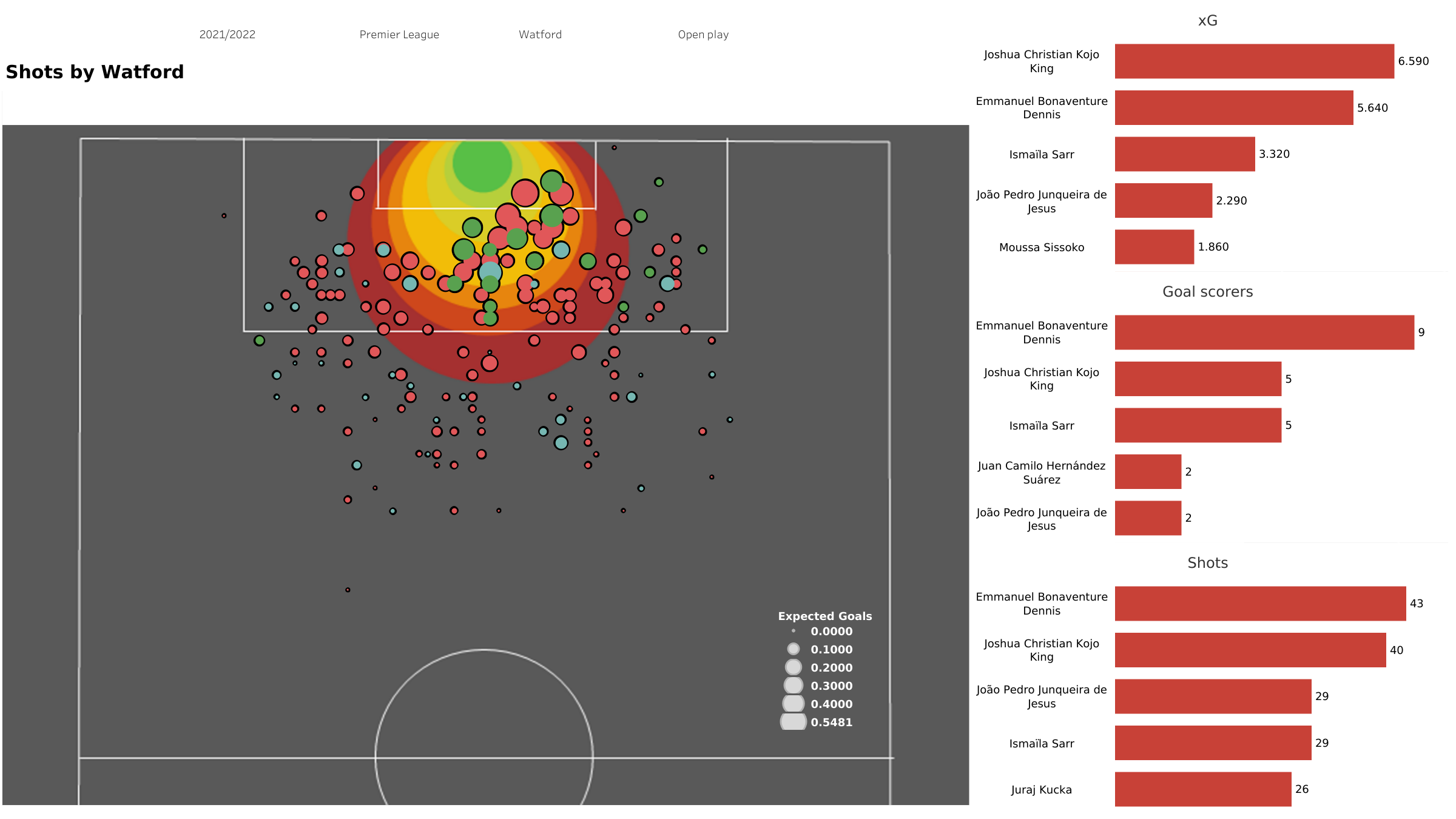 Ralph Hasenhuttl’s men have attempted 271 shots, and 100 of them have been on target. 152 shots out of 271 have been attempted from inside the opposition’s penalty box. The Saints have managed to hit the target 65 times from inside the penalty box. James Ward-Prowse, Che Adams, and Armando Broja are the leading goal-scorers for the Saints. James Ward-Prowse has impressed with his set-piece skills and possesses a threat whenever a freekick is in the goal-scoring range of the player.

Alex McCarthy is still out due to injury, along with Lyanco Vojnovic. Moussa Djenepo has returned to the team bench after playing in the Africa Cup of Nations. The manager is unlikely to make a change to the starting XI from their heroics against Spurs.

Transfer Talk: Antony – An impressive season for the Brazilian urges...

Under the microscope: Youri Tielemans – The Belgian international who could...