Manchester United have earned their first points of the UEFA Europa League 2022/23 season after claiming a 2-0 victory over Sheriff. Jadon Sancho opened the scoring for the visitors, and Cristiano Ronaldo sealed the win from the penalty spot. Manchester United’s number seven scored his first goal of the season.

Which Sheriff player won the highest number of defensive duels? How many smart passes were attempted by Manchester United? 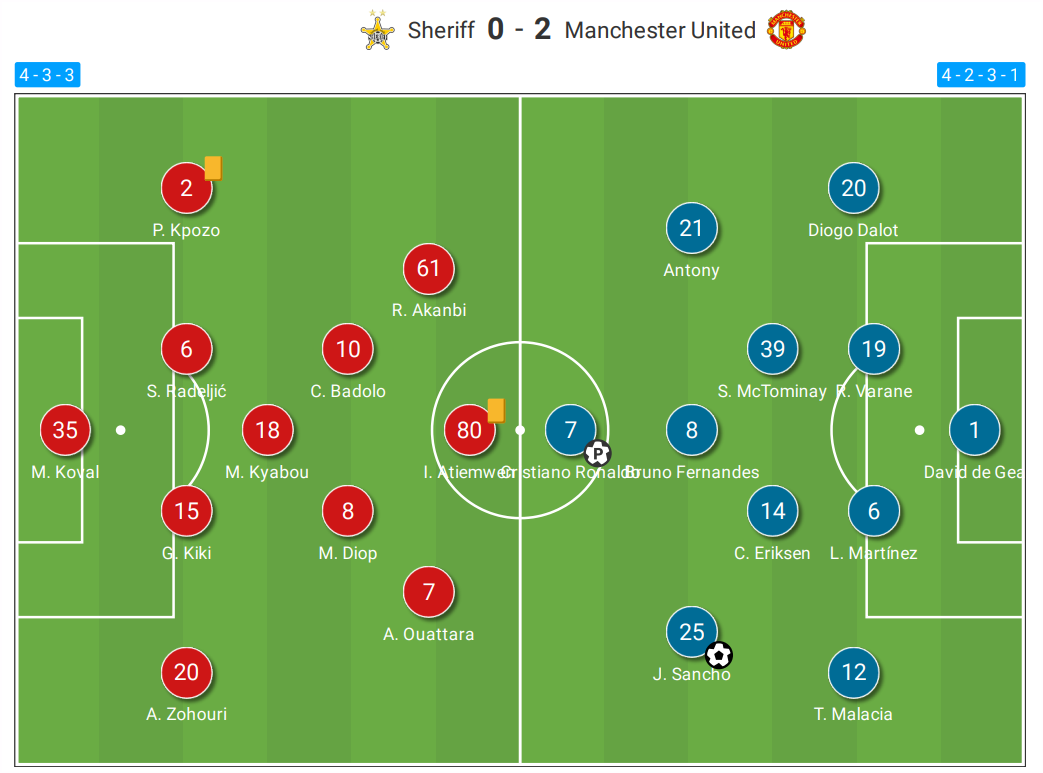 Transfer Talk: Memphis Depay – Should the Red Devils sign their...

Lukaku to Ighalo, such has been Man Utd’s struggle