Group F winners, Manchester United, will travel to Spain and face Group B runners-up, Atletico Madrid, in the Round-of-16 of the UEFA Champions League for the 2021/22 season. Both teams are fighting for the last Champions League qualification spots in their respective leagues. Manchester United qualified above Villareal, Atalanta, and Young Boys in their group. Atletico Madrid finished second to Liverpool in the group stage, ahead of Porto and AC Milan. 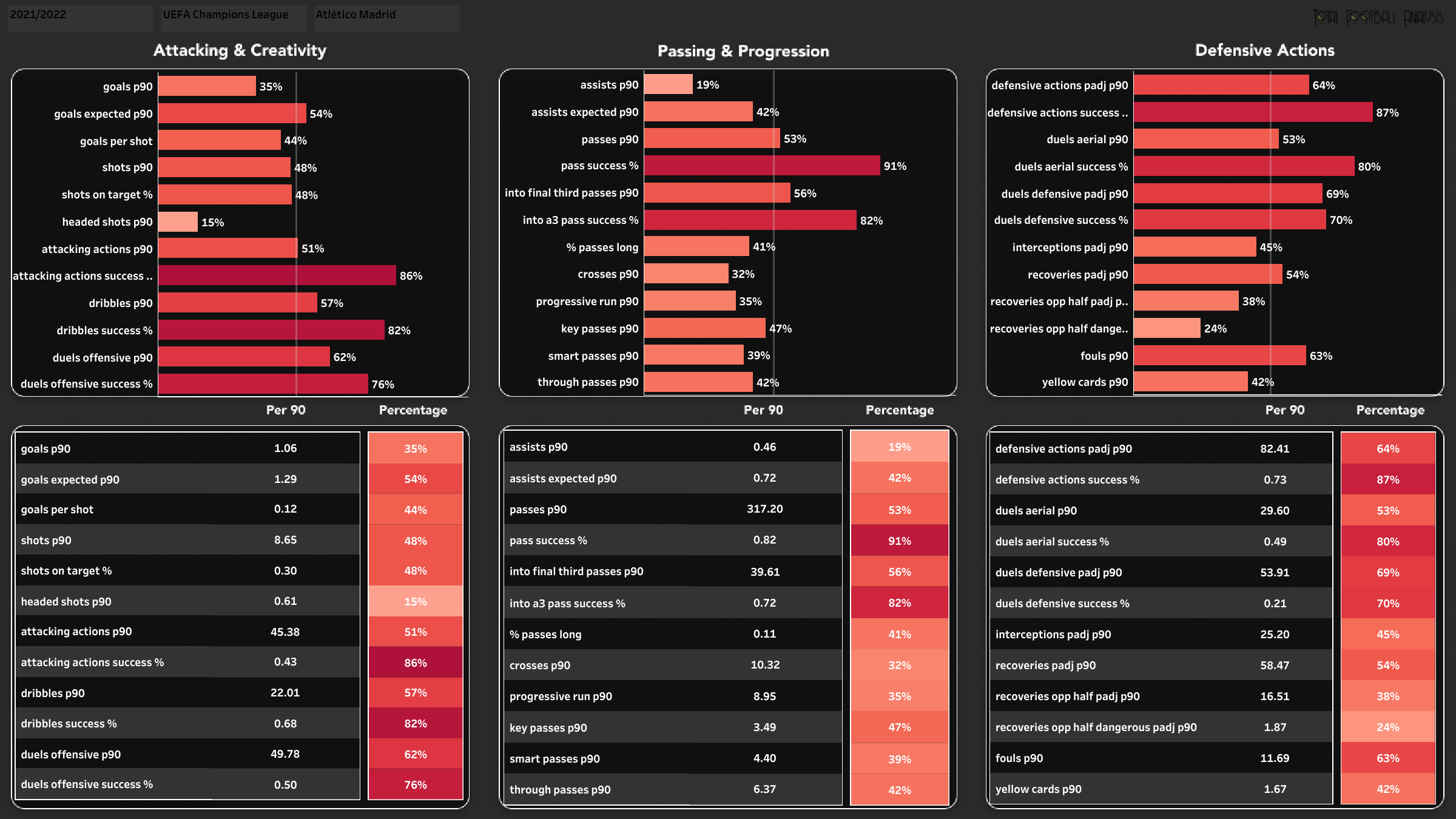 Atletico Madrid have won two games, drew one and lost three in the group stage. They have scored seven goals with an xG rate of 8.52. In return, they have conceded eight goals and only kept one clean sheet. When looking at the above chart, the general rule is that the longer the bar, the better the performance — you can see the league average in the middle, and the % is the percentile rank the player is in. The home team averages more than one goal per match. However, they have a low percentile rank when it comes to attacking and creativity. Atletico Madrid is a very defensive team and therefore has a low percentile rank. Their defense has contested more than 82 defensive actions per 90 minutes and had a 73% success rate. 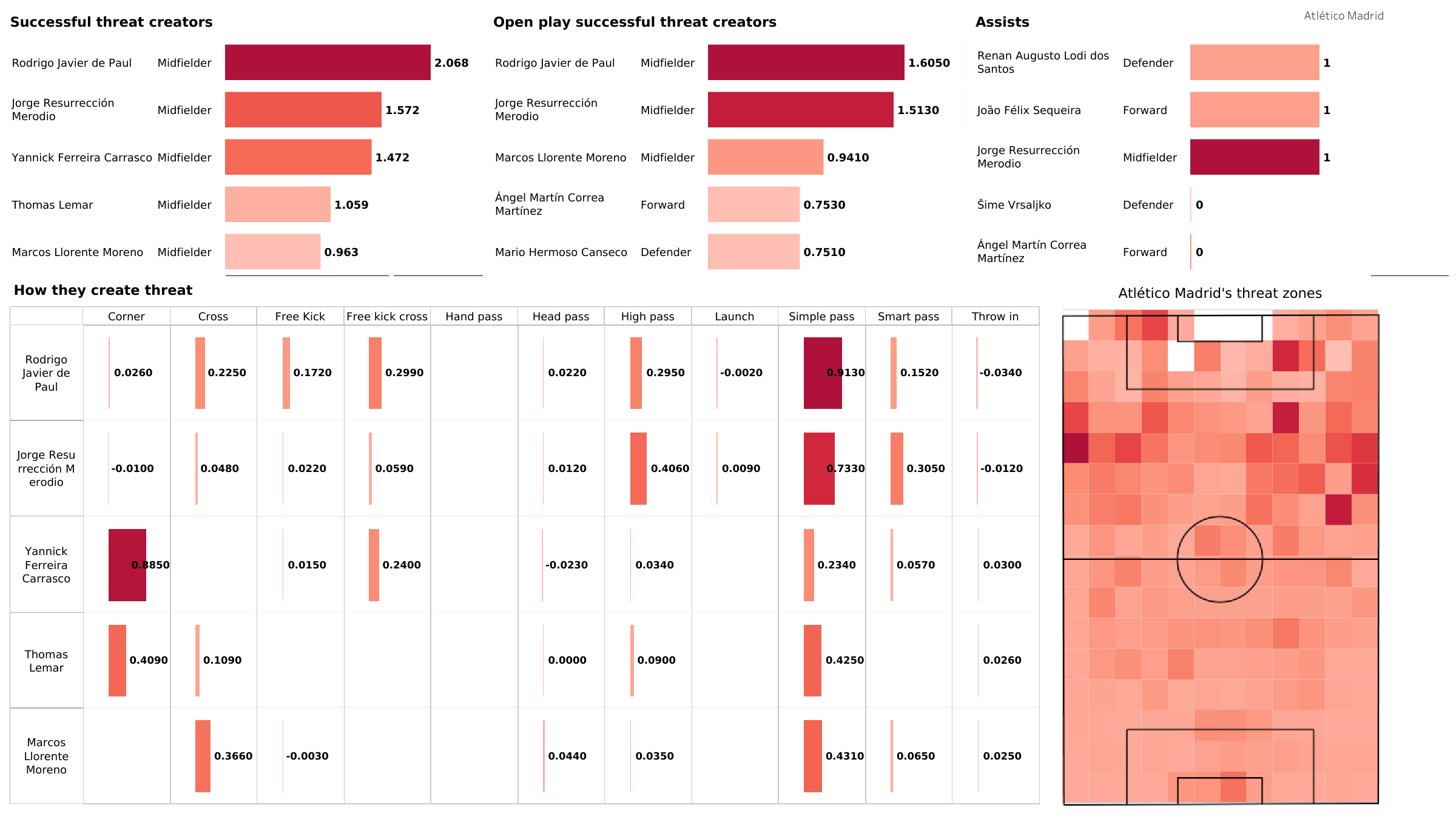 The above viz shows the threat creation zones for the Spanish team. Rodrigo de Paul has been the most successful threat creator for his side, and he has created the highest threat rate from simple passes. He is followed by Koke, who is second on the list. From the map, we can observe that most of the threats have been created from the wider sides, especially the right side. Yannick Carrasco is active on corner duties and has created the highest threat from corners.

Koke has been ruled out of the tie. Yannick Carrasco and Felipe are out due to suspensions. Thomas Lemar is also expected to remain out due to COVID-19. Antoine Greizmann will return to the team after missing the weekend’s game. He is their top goal-scorer with four goals. 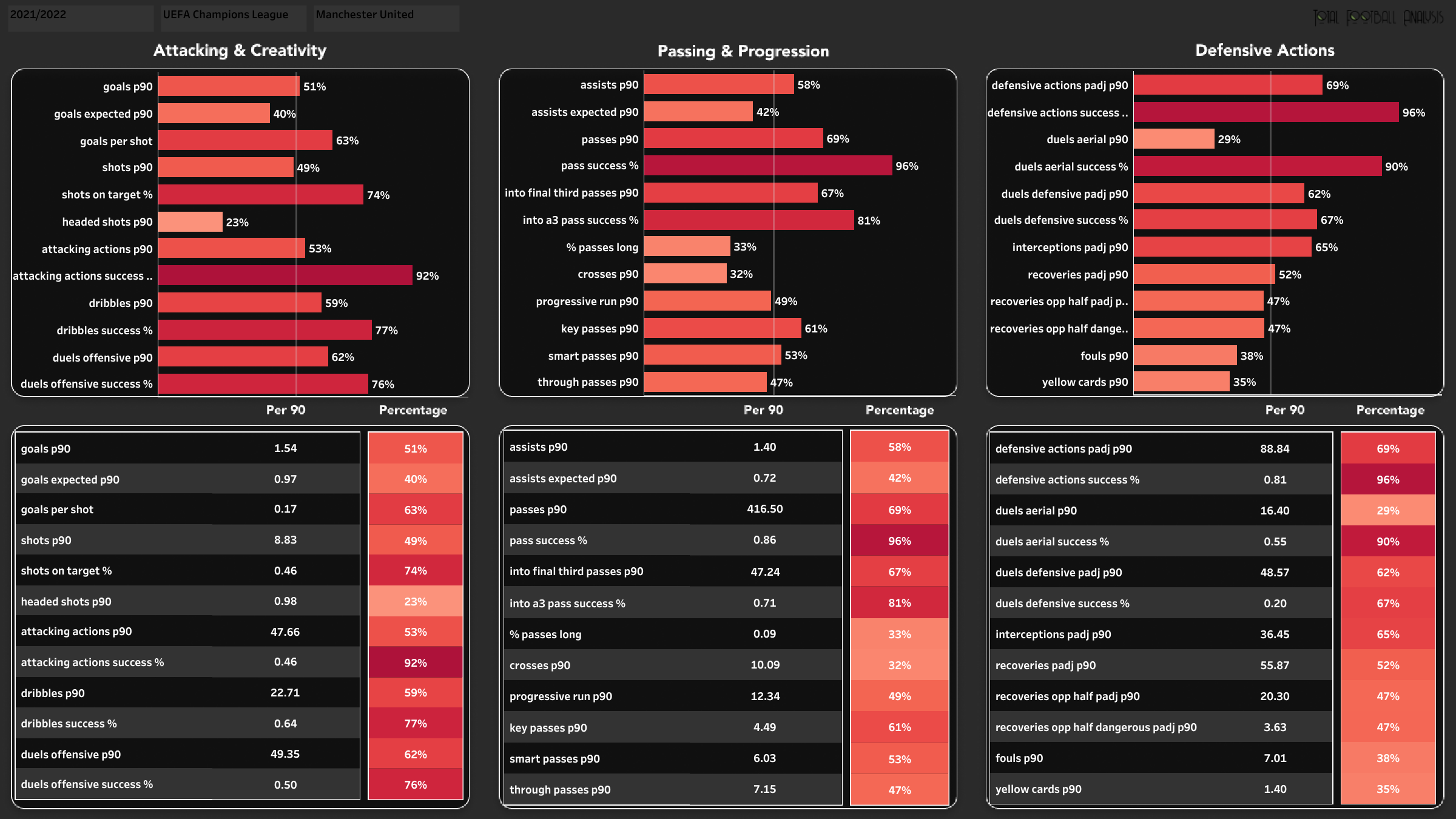 Manchester United topped the group with three wins, two draws, and one loss. They scored 11 goals with an xG rate of 6.89 per 90 minutes. Their defense conceded eight goals but had a high defensive action success rate. The Red Devils have a high attacking action success rate, and their percentile rank is high amongst other teams. When looking at the passing stats, Manchester United average more than 47 passes into the final third per 90 minutes. Defensively, the aerial duels’ success rate is high in comparison to the other teams. 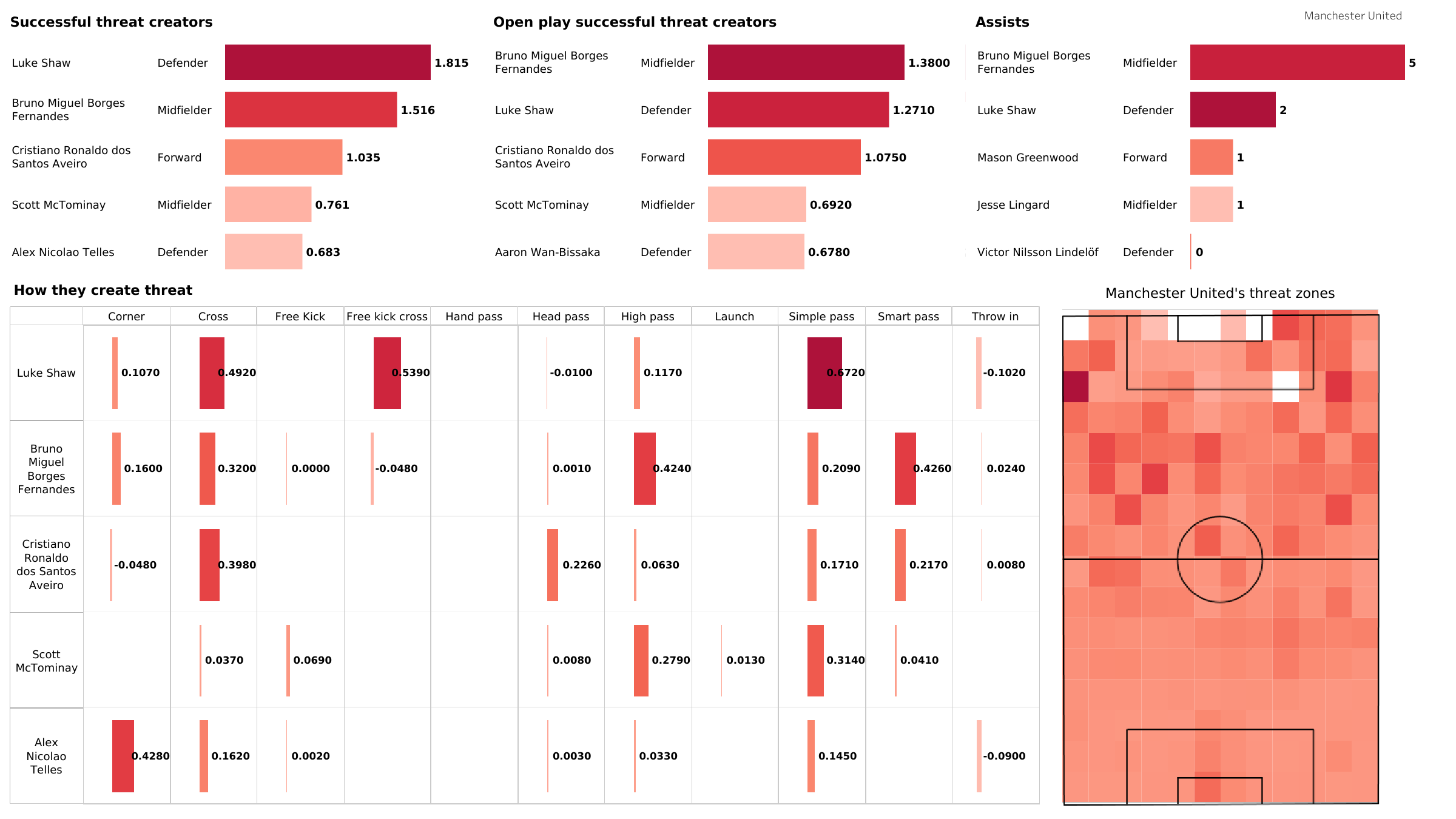 Left-back Luke Shaw is the most successful threat creator for the Red Devils, and his crosses and simple passes have created the greatest threats. Bruno Fernandes is the highest-assisted provider, and he has created the highest threat from smart passes. Most of the creative zones have been on the left side.

Marcus Rashford and Diogo Dalot were rested for the weekend’s game and could return to the starting XI. Raphael Varane was another absentee for the away team. Cristiano Ronaldo has scored six goals in the Champions League and has an impressive record against the same opponents.

Both teams have created fewer threats in front of the goal and have struggled to find consistency in the league as well as the Champions League. Ralf Rangnick’s men will look to win the game and take the goal advantage to the next leg.