Manchester United kick off their UEFA Europa League campaign against Real Sociedad of Spain. The Red Devils are in red hot form after four wins in their last four matches. Real Sociedad also had a decent start and will look to cause an upset in this match.

Manchester United began their league campaign with two losses. Erik ten Hag made some changes to the team, and since then, the Red Devils have won their last four games. They have scored eight goals with an average xG rate of 1.29 and conceded the same number of goals.

Real Sociedad have won two games, drawn one and lost one this season. They are unbeaten in the last two games and will look to carry the momentum into this match. Sociedad average a goal per match with an average xG rate of 1.47. Their defence has conceded five goals.

Now, let’s take a look at some of the stats that could predict the outcome of the match. 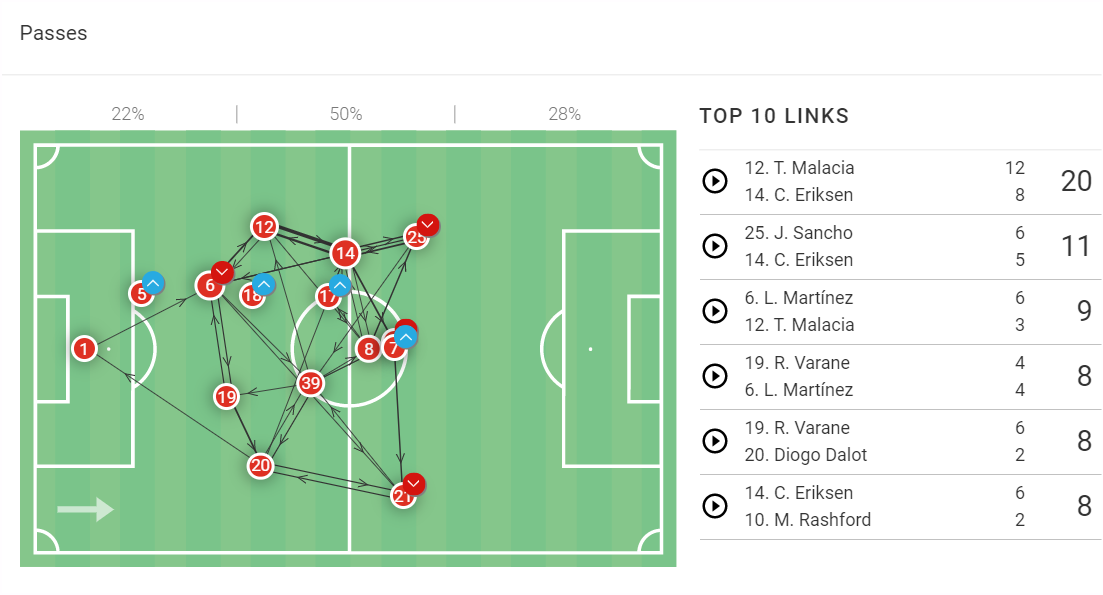 The home team plays in a 4-2-3-1 formation. The full-backs occasionally join the attacks. Scott McTominay plays in the holding role and allows the other midfielder to play box-to-box. Bruno Fernandes plays in the number ten role and is the main playmaker in the team. The wingers remain high up on the field, and the rest of the team is always ready on the counter. Most of the pass channels are created on the left side. 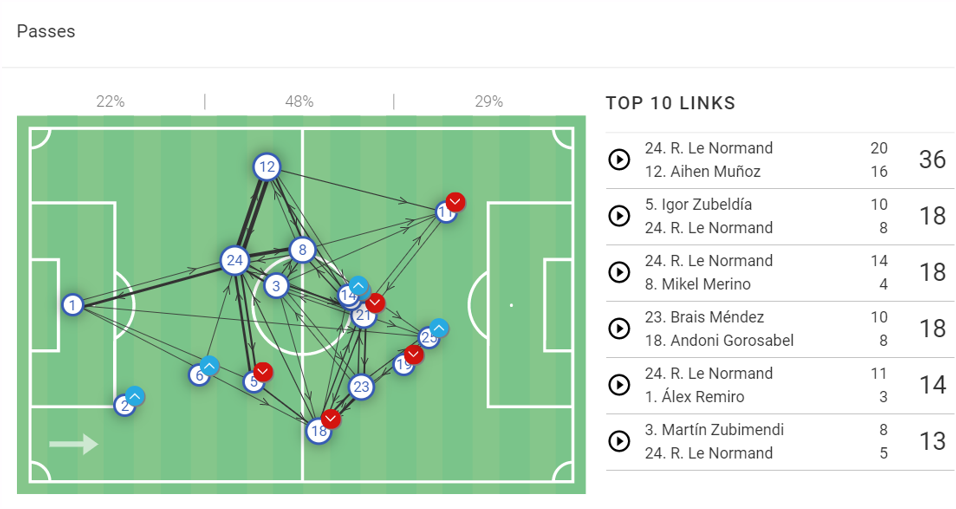 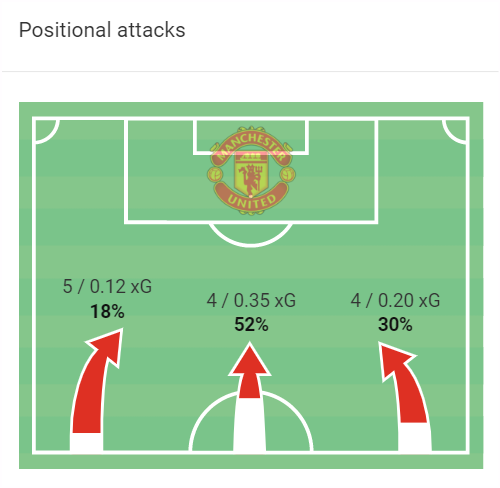 Manchester United average 25.67 positional attacks and attempt 8-9 shots from these attacks. The shot average for the Red Devils is 11.83 with a 35.2% shot accuracy rate. They create most of the chances from the left side and the centre. The Red Devils like to catch opponents on the break, and Real Sociedad will have to deal with their pace. 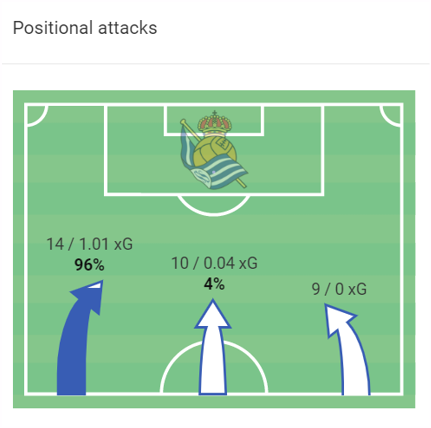 Real Sociedad average 27.75 positional attacks per match. They have attempted 44 shots this season with a high accuracy rate of 50%. The Spanish club is very accurate with their shooting, and Manchester United’s goalkeeper could have a busy day. Most of the attacks in the last game came from the left, and in the game previous to that, the attacks came from the right.

Anthony Martial is still out for the hosts and will miss this match. Lisandro Martínez and Marcus Rashford were injured in the last game, and they might be rested for this match. Cristiano Ronaldo, Casemiro and Harry Maguire will be eyeing a start in this match.

Manchester United will be the favourites to win their opening fixture. They are the in-form team and have performed well in the last four games, especially in defence. Real Sociedad have quality in their team, but Alexander Isak is a big miss for them after the Swedish international made a move to Newcastle United. Both teams will look for a positive start.

Under the microscope: Ralf Rangnick’s change in tactics in the full-back...

Data Analysis: What makes Mason Greenwood one of the top contenders...

Man United to play their first leg of Europa League against...