Manchester United’s four-match winning streak came to an end in the UEFA Europa League after a 0-1 defeat to Real Sociedad of Spain. The visitors were given a penalty for a controversial handball and that became the turning point of the match.

How many shots were on target for Manchester United? Which Real Sociedad player won the most number of aerial duels? 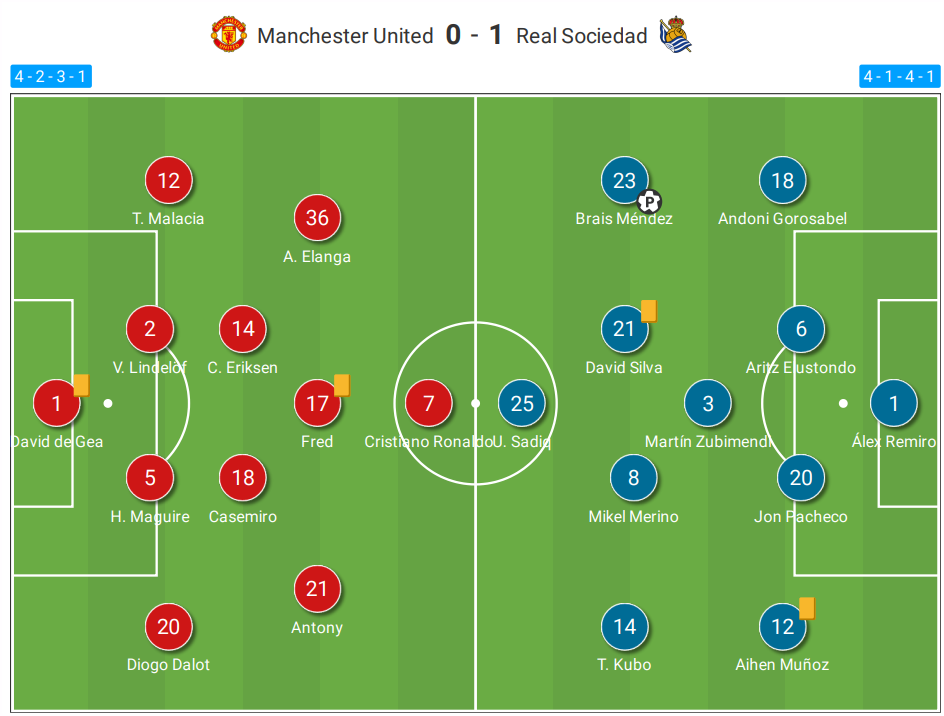 Under the microscope: How Manchester United’s attacking failures ended their UCL...