Manchester United are willing to sell their full-back duo of Aaron Wan-Bissaka and Brandon Williams. Wan-Bissaka was a regular towards the start of the 2021/22 English Premier League season. However, he lost his place to Diogo Dalot after a series of poor performances. Williams spent the last season out on loan at Norwich City. Both players are likely to feature in a new jersey after failing to impress last season. 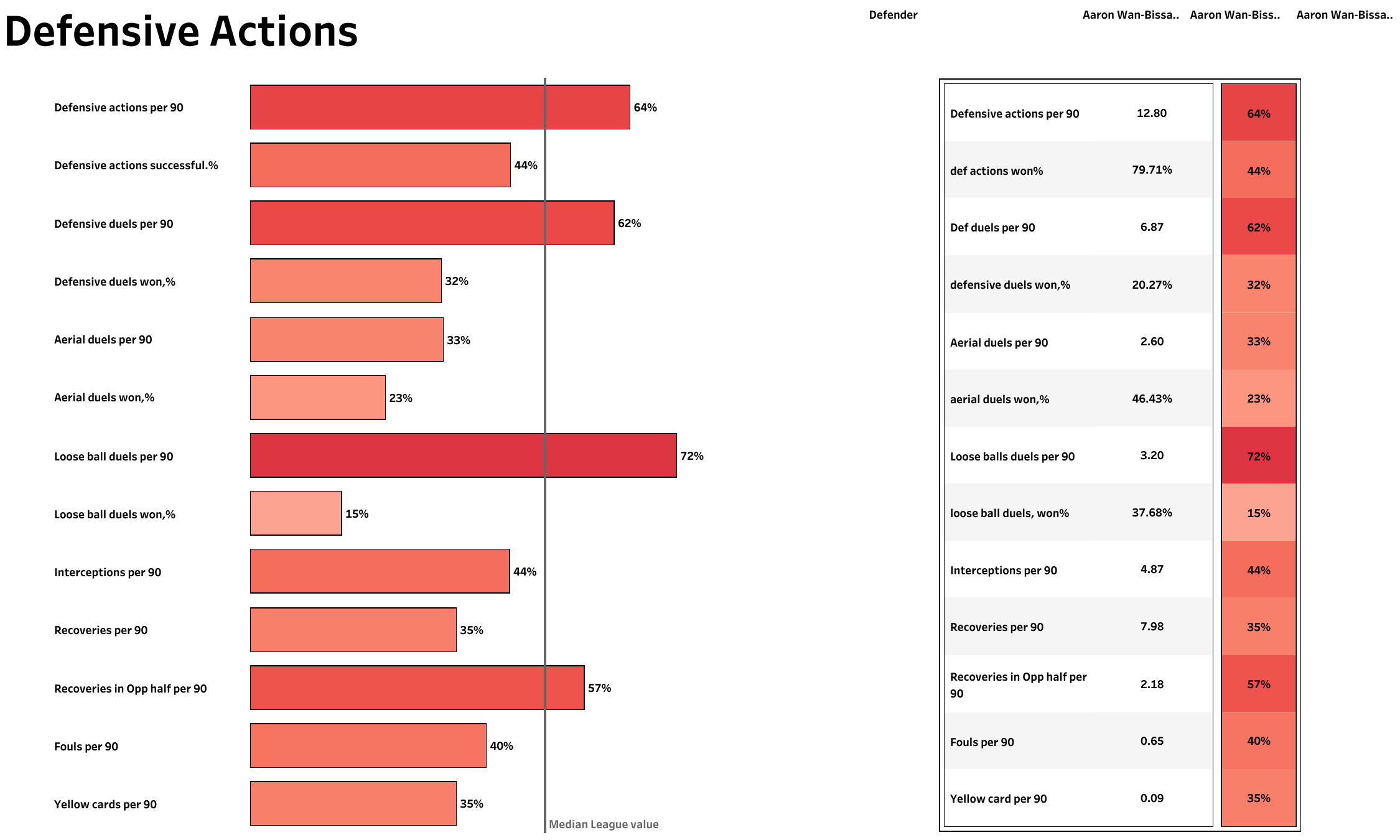 Wan-Bissaka featured in 20 English Premier League games for Manchester United last season. He failed to score a goal or provide an assist. When looking at the above chart, the general rule is that the longer the bar, the better the performance — you can see the league average in the middle, and the % is the percentile rank the player is in. The above viz shows the defensive stats of the defender in comparison to other defenders in the league. The 24-year-old was involved in 12.8 defensive actions and had a success rate below 80%. From the above viz, it can be observed that he had a low percentile rank for contesting duels and winning them. 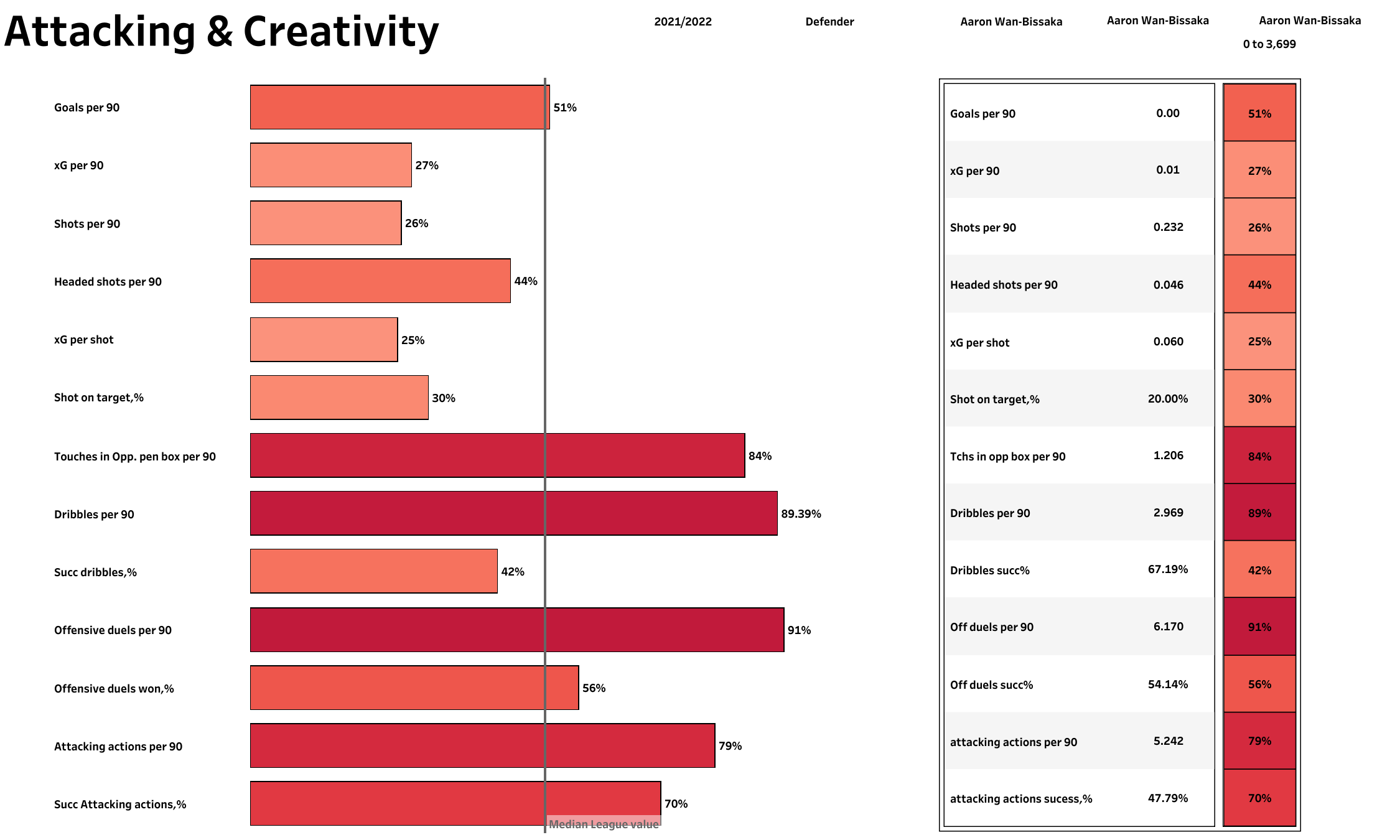 Wan-Bissaka’s main struggle was making forward runs. The full-back likes to challenge for the ball and is not afraid of tackling. However, his biggest struggle was creating threats from the wide positions. He only attempted five shots with a 20% accuracy rate. Other than this, the player failed to deliver most of his crosses inside the opposition’s penalty box. The full-back underperformed after his big-money move in 2019. 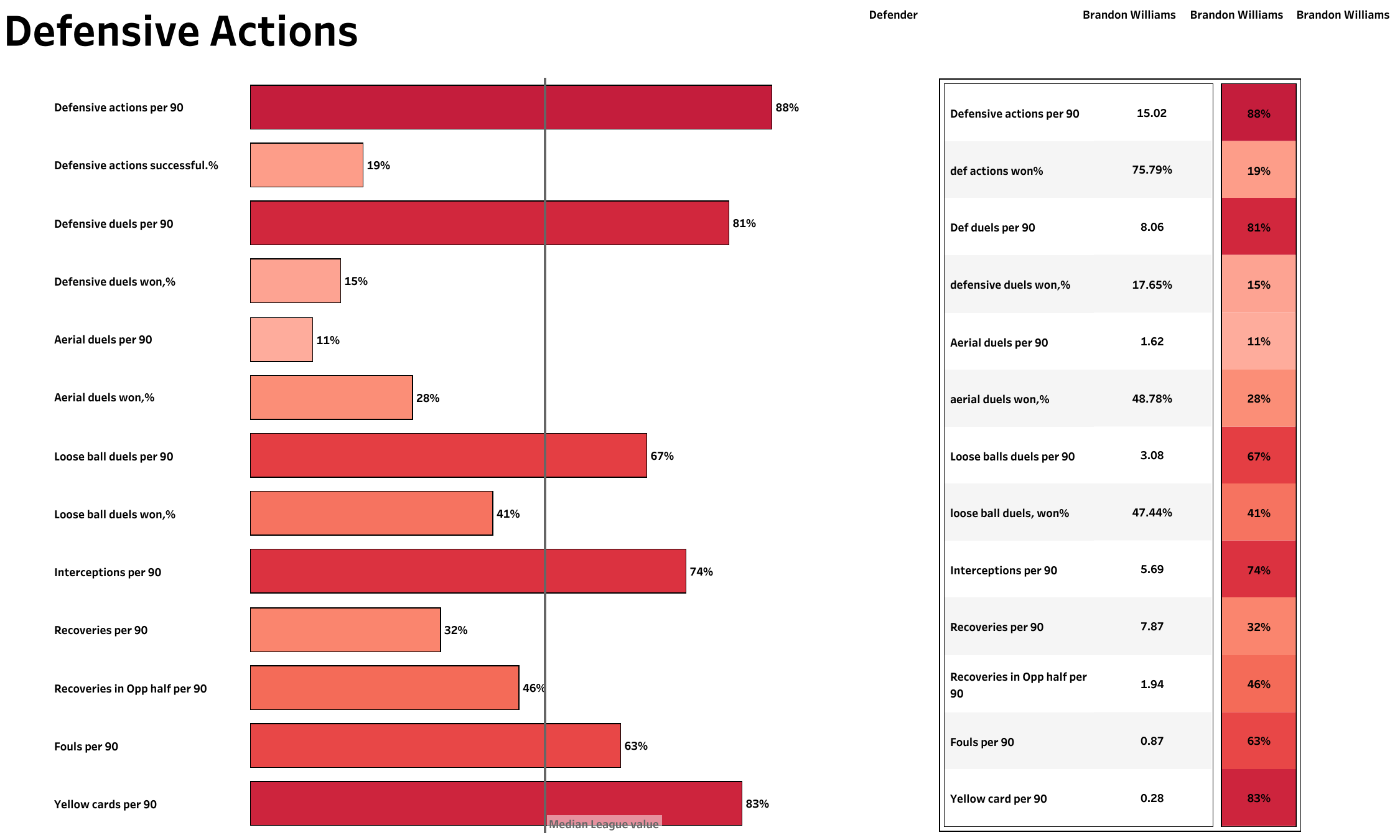 Williams spent the season at Norwich City and made 26 appearances for the Canaries. He started in 23 matches and provided an assist. The 21-year-old was involved in more defensive actions due to Norwich City’s struggles. Williams won 75.79% of the defensive actions and had a low percentile rank. The left-back struggled to win most of his defensive duels and also had a low percentile rank for winning aerial and loose ball duels. Williams also had disciplinary issues as the player received eight bookings. 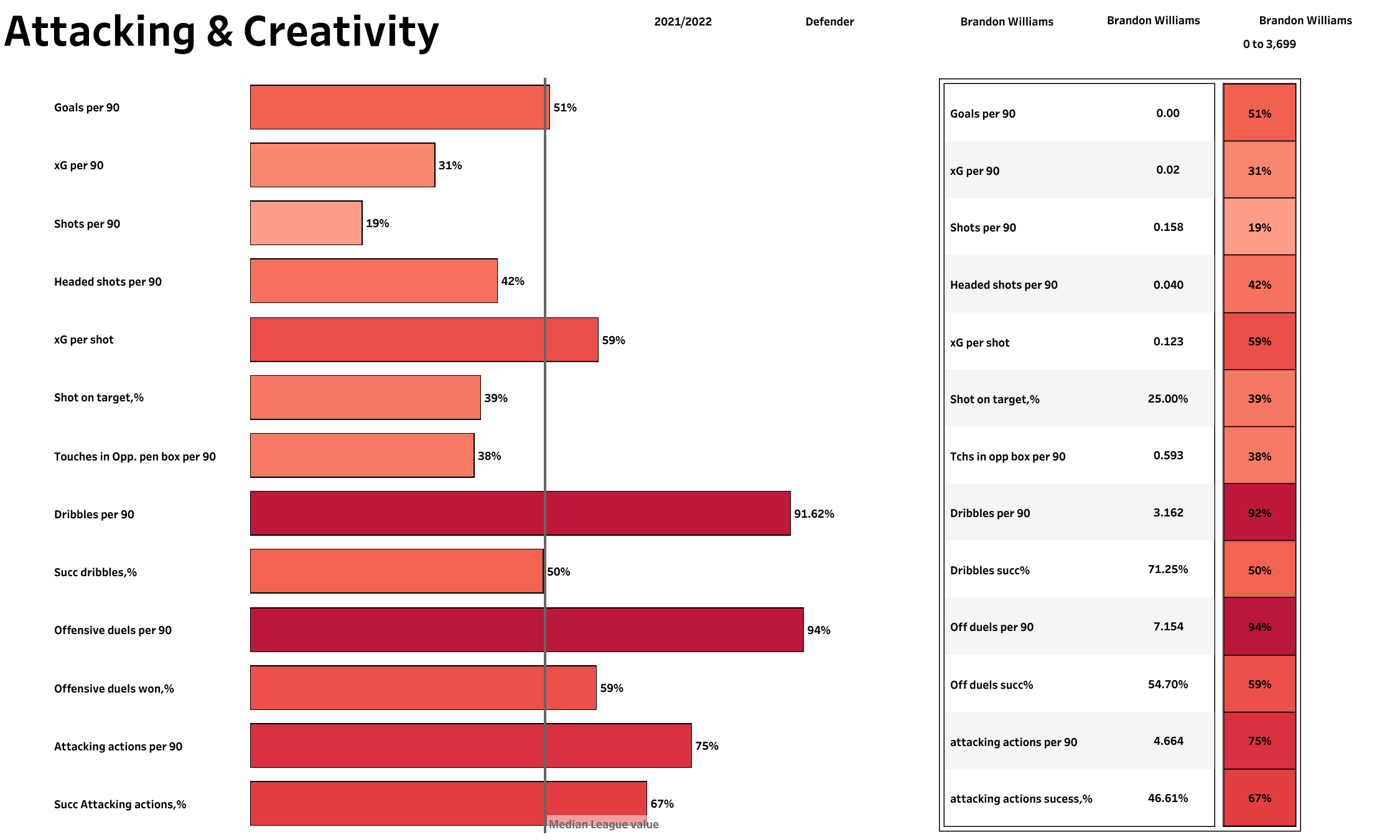 The 21-year-old also struggled in attack for Norwich City. He only attempted four shots, of which only one was on target. He had very few touches inside the opposition’s penalty box.