Manchester United have set their eyes on silverware and made their intentions clear by spending money in the summer transfer window. They bought in a few youngsters like Lisandro Martinez and Anthony on a big money move. These players are starting to settle in the English Premier League and are getting used to the pace of the game. One of the players who has proved to be a key and bargain signing is Christian Eriksen. The former Spurs and Brentford midfielder was bought on a free transfer and his performances show that he still has the creativity that made his name in the world of football. Eriksen has proved to be an important figure in the midfield and has cemented his place in the starting 11. 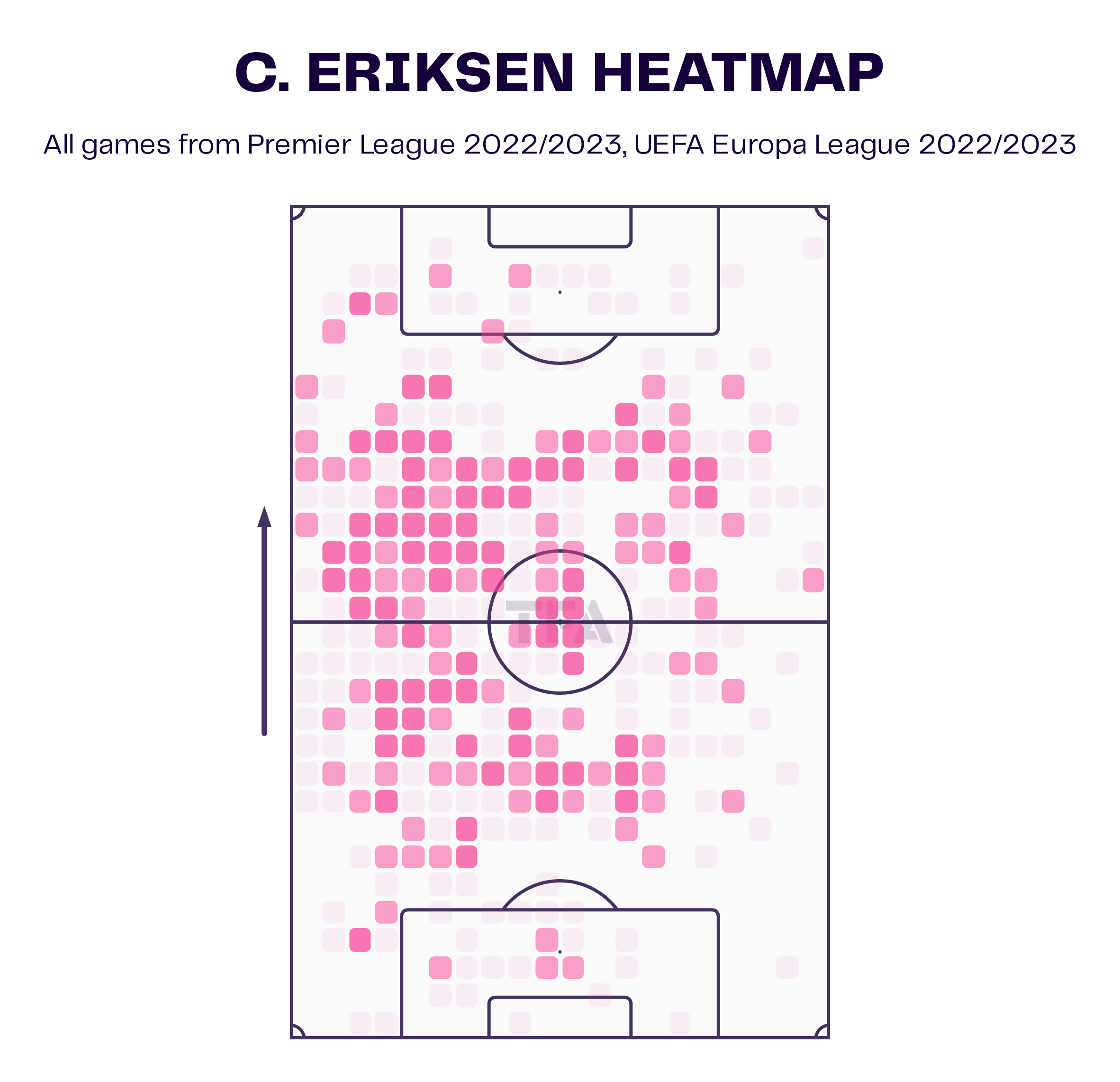 Christian Eriksen has started in all seven of the games played by Manchester United this season. The Danish international plays a box-to-box midfielder role, with his main focus on the attack. Eriksen starts on the left side of the midfield two but likes to drift more towards the flank and open the play of the game. 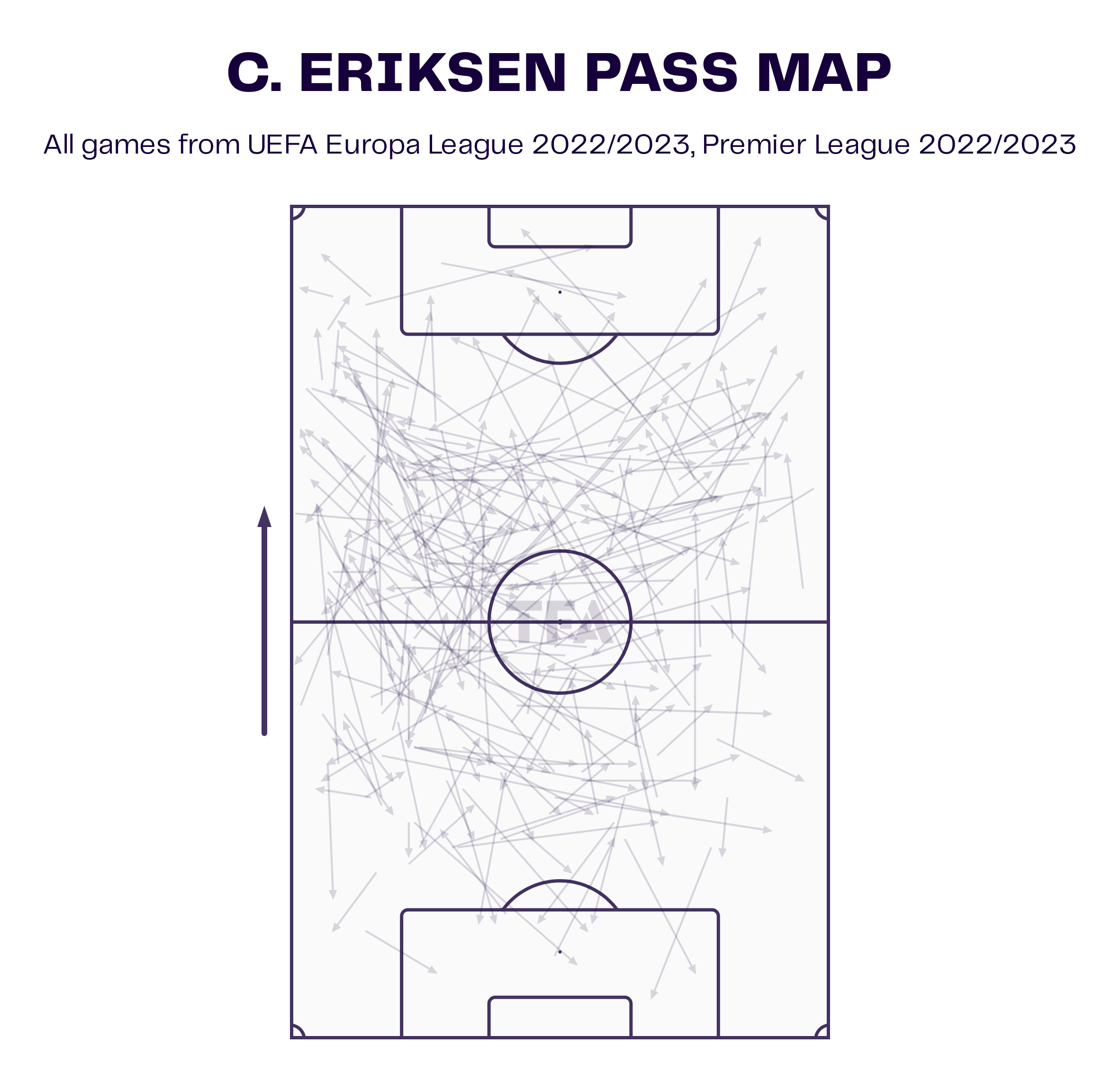 Since Eriksen’s introduction to the team, the player has delivered some threat-creating passes to dangerous areas inside the opposition half. The player averages 47 passes per 90 minutes with an 81.3% passing accuracy rate. These include 8.36 passes to the final third and 1.94 passes to the penalty box per 90 minutes. The above viz shows all the passes that were distributed by Eriksen this season. We can observe that Eriksen has tried to find his teammate in the attacking third and some of the passes have even landed inside the penalty box. This is a big positive for the Red Devils, as they have been lacking this creativity for the past few seasons. 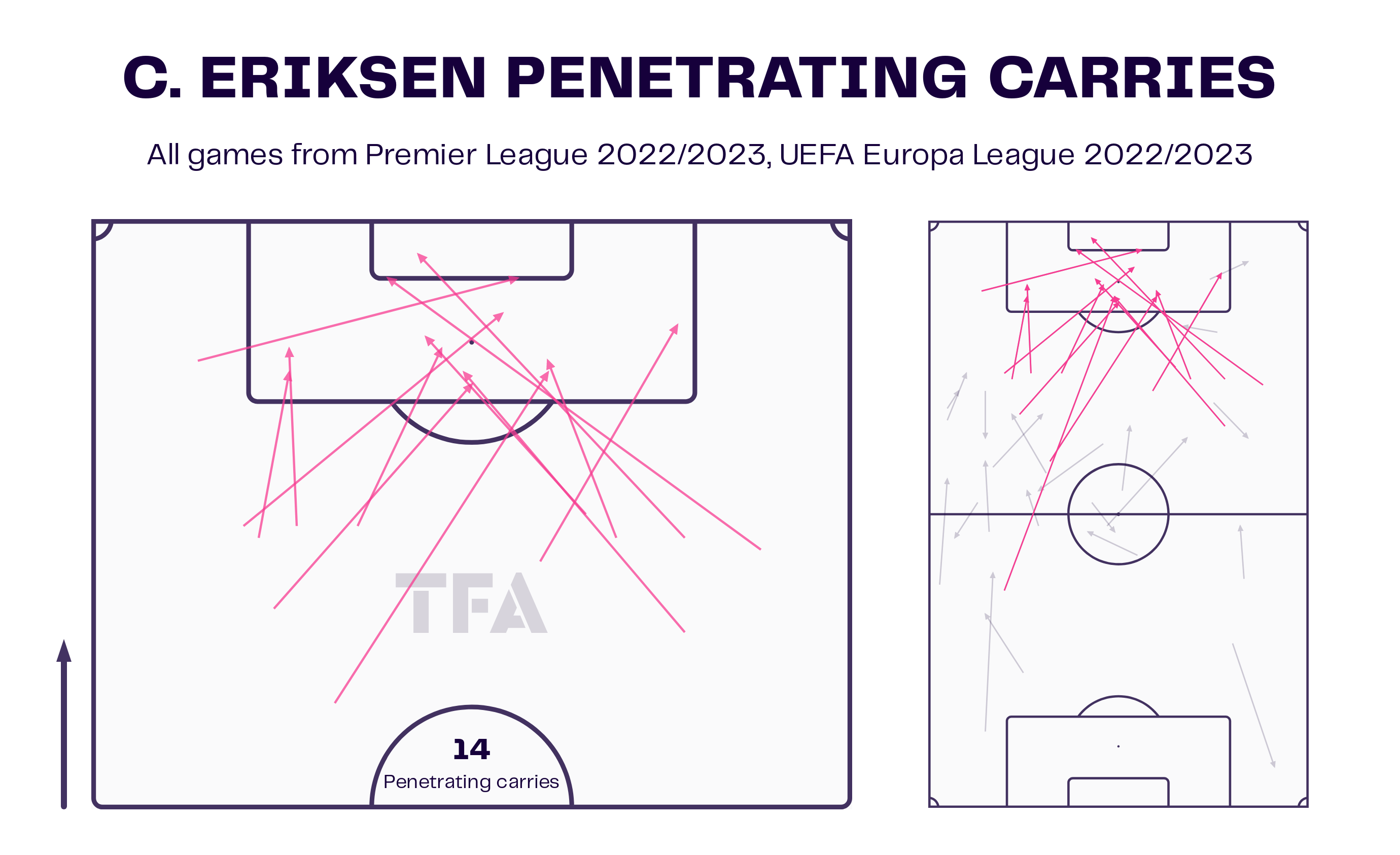 The Danish international is yet to score a goal despite attempting 12 shots. He has scored some crucial goals for his previous clubs in the past and will look to end this draught of seven matches.

Chrisitan Eriksen will be looking to contribute more goals for his new club. He is one of the best players on the team this season and would like to take this team to a new level. Eriksen’s creativity can help Manchester United score goals and can also lead to future glory. He has been unlucky at times and will hope that the luck turns around and his team starts performing consistently at the top level.