Manchester United brought in a few players in the summer to strengthen their squad. They signed Christian Eriksen, Lisandro Martinez, Tyrell Mitchell, Antony, and Casemiro to strengthen different positions on the pitch. Erik ten Hag also wanted a striker but the Red Devils didn’t go so hard in purchasing any.

This meant that the manager was left with Cristiano Ronaldo, Anthony Martial, and Marcus Rashford. Cristiano Ronaldo is struggling to find a space in the starting 11 in the English Premier League. The striker has lost his pace and Manchester United might think about replacing him. They are scouting a few players, and rumours have emerged that the Red Devils are interested in signing Benfica’s forward, Goncalo Ramos.

The Portuguese club sold Darwin Nunez to Liverpool in the summer and could lose another striker in the winter or at the end of this season. Goncalo Ramos’ goal-scoring ability has gained the interest of the English club. We now take a look at some of the stats of the player that show how he could become Cristiano Ronaldo’s successor at Old Trafford. 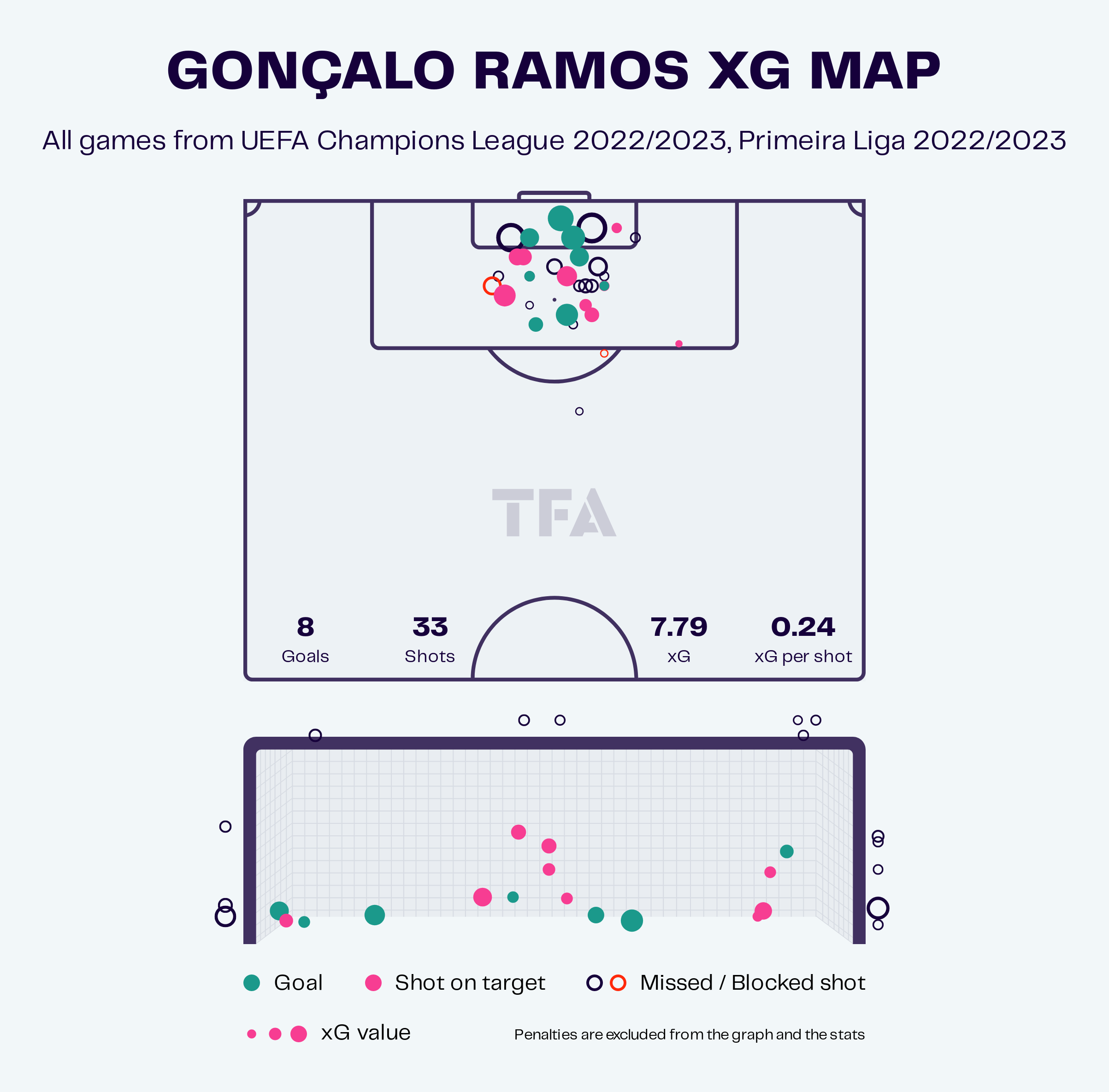 Goncalo Ramos has spent 856 minutes on the pitch for Benfica this season. He has appeared in the Portuguese Liga, the UEFA Champions League group stage as well as in the qualification rounds. The striker has netted eight goals on 33 shot attempts. The shot accuracy rate is 51.5% and 30 shots have been attempted from the penalty box. The striker averages seven touches per 90 minutes inside the penalty box, and this shows his dominance over the opposition’s defence. 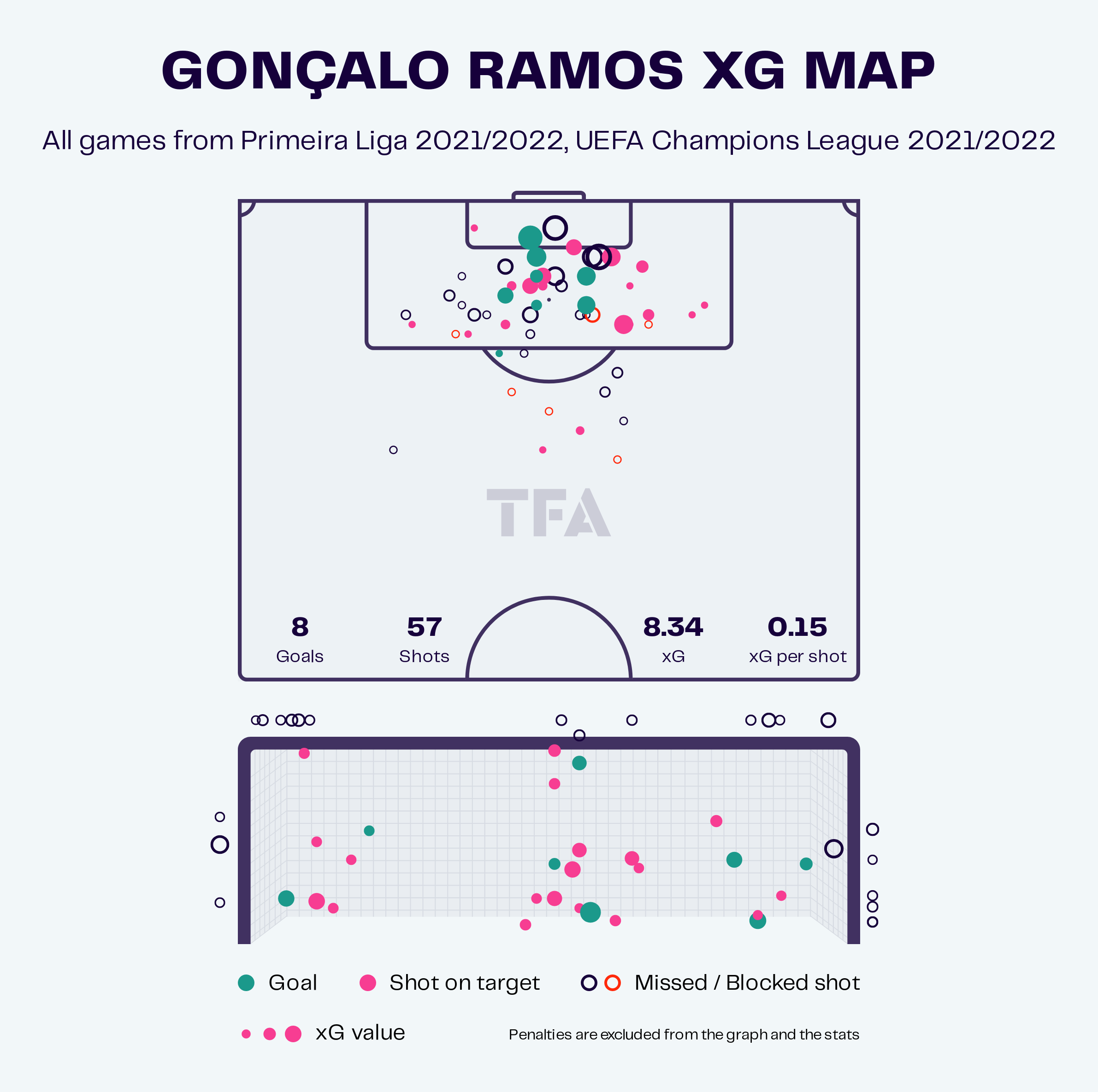 Last season, the striker played 2279 minutes for Benfica in the league and the Champions League, scoring the same number of goals. His shot average per 90 minutes was 2.25, and this season it has gone up to 3.5 shots per 90 minutes. This shows that the youngster is showing some improvement and this is the reason he is gaining the interest of other clubs. 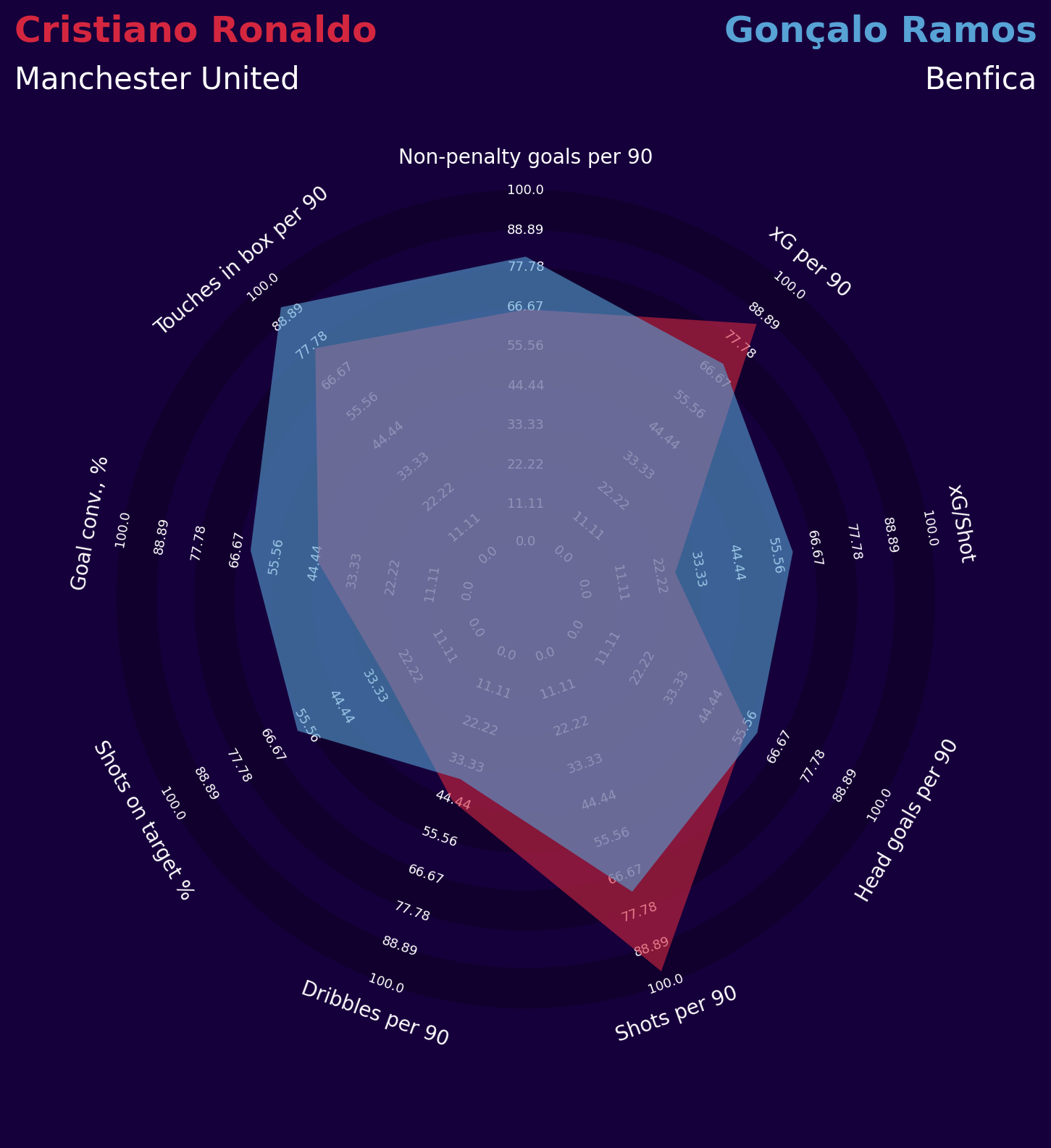 There is a 16-year age gap between Ramos and Ronaldo. Cristiano Ronaldo is already a legend in world football, and the other players are following in his footsteps. Manchester United are now looking for a replacement for their 37-year-old superstar. The above viz compares the attacking stats of the two players. Cristiano Ronaldo is ranked high for attempting shots and generating xG. Other than this, Goncalo Ramos has performed better and is becoming a dangerous goalscorer. 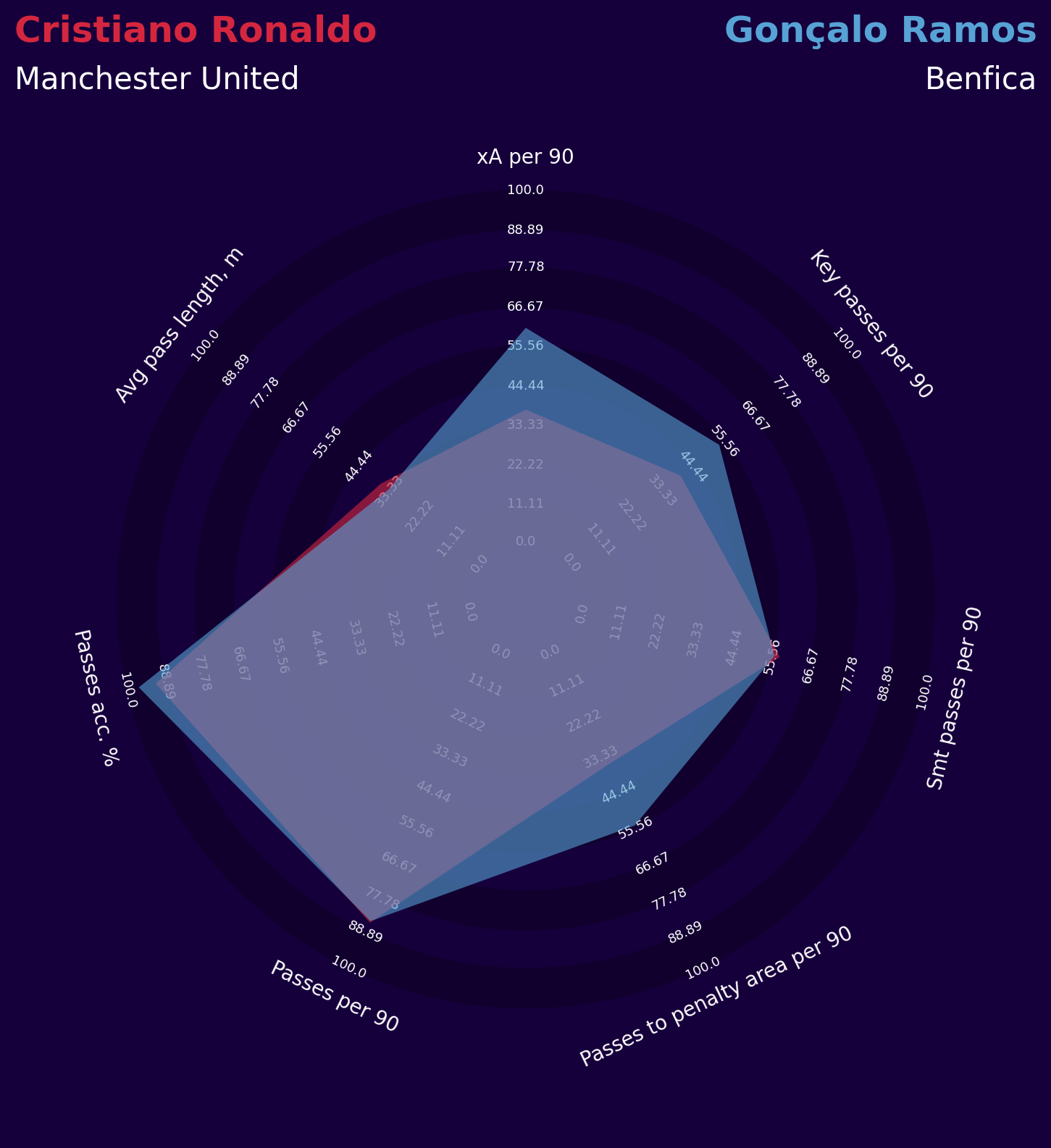 The 21-year-old also has two assists to his name this season. He dominates Cristiano Ronaldo when it comes to passing the ball. The veteran has struggled to adjust to the pace of the team on occasions this season, and that has resulted in fewer goals. Ramos has attempted more passes to the penalty area and has a high xA rate. He is performing better than his national superhero this season.

Goncalo Ramos could be another Portuguese playing for Manchester United in the winter or next summer. He is becoming a natural goalscorer and is getting results for his team. They will look to acquire his services before the rival teams do.

Ferninand believes that Man United need to sign both Kane and...

‘No way to turn them down’ – Sancho would definitely join...