Manchester United are keeping an eye on the situation of Brentford striker, Ivan Toney. After helping Brentford to promotion to the English Premier League, Toney impressed several clubs with his performances in the league last season. The former Newcastle United striker made 33 appearances and scored 12 goals for the Bees. Manchester United require a second-choice striker. Edinson Cavani was released following the end of his contract. Cristiano Ronaldo’s situation is also uncertain, and in case he leaves, then the Red Devils will only have Anthony Martial to lead the line. Erik ten Hag is looking for a backup striker who could also help his team after coming off the bench. Toney has a strong presence inside the opposition’s penalty box, and some of his stats from the last season show why the rival English Premier League teams are after the 26-year-old striker. 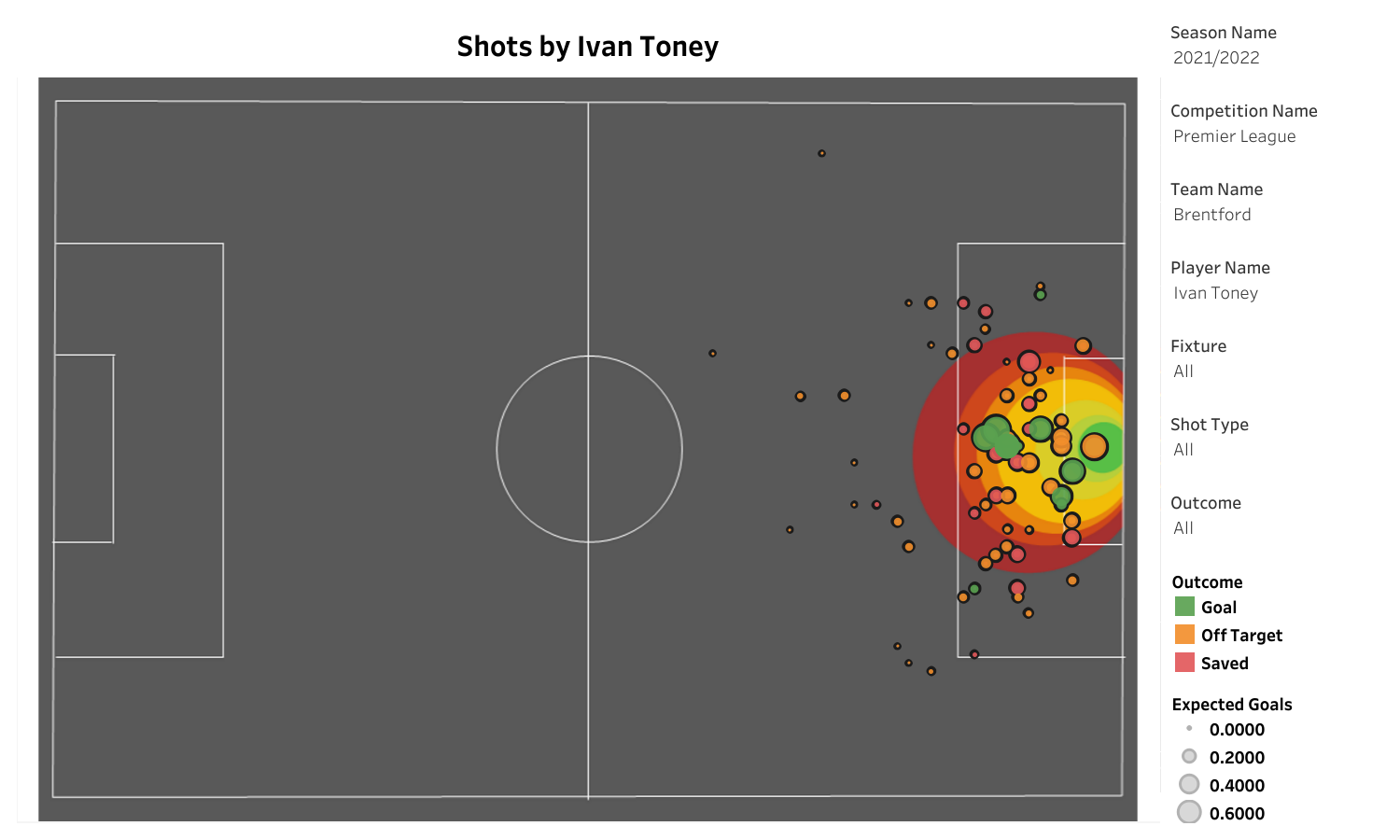 Brentford play in a 3-5-2 formation, with Toney and Bryan Mbeumo leading the line. The Englishman made 37 appearances in all competitions and found the back of the net 14 times. He even provided 14 assists. The above viz shows the shot map of the player in 33 English Premier League appearances. Toney was involved in 6.6 attacking actions per 90 minutes with a 46.15% success rate. He averaged 2.1 shots per 90 minutes and had a 38.16% shot accuracy rate. Of the 12 goals scored in the league, five were converted from the penalty spot. The above viz shows that Toney attempted most of the shots from inside the opposition’s penalty box. He found space for himself in the box and averaged 3.6 touches inside the box per 90 minutes. Toney is strong in the air and can win aerial duels. The 26-year-old averaged 8.44 aerial duels per 90 minutes and had a 48.3% success rate. This shows that Toney can create a lot of threats if he gets the right delivery inside the opposition’s penalty box. 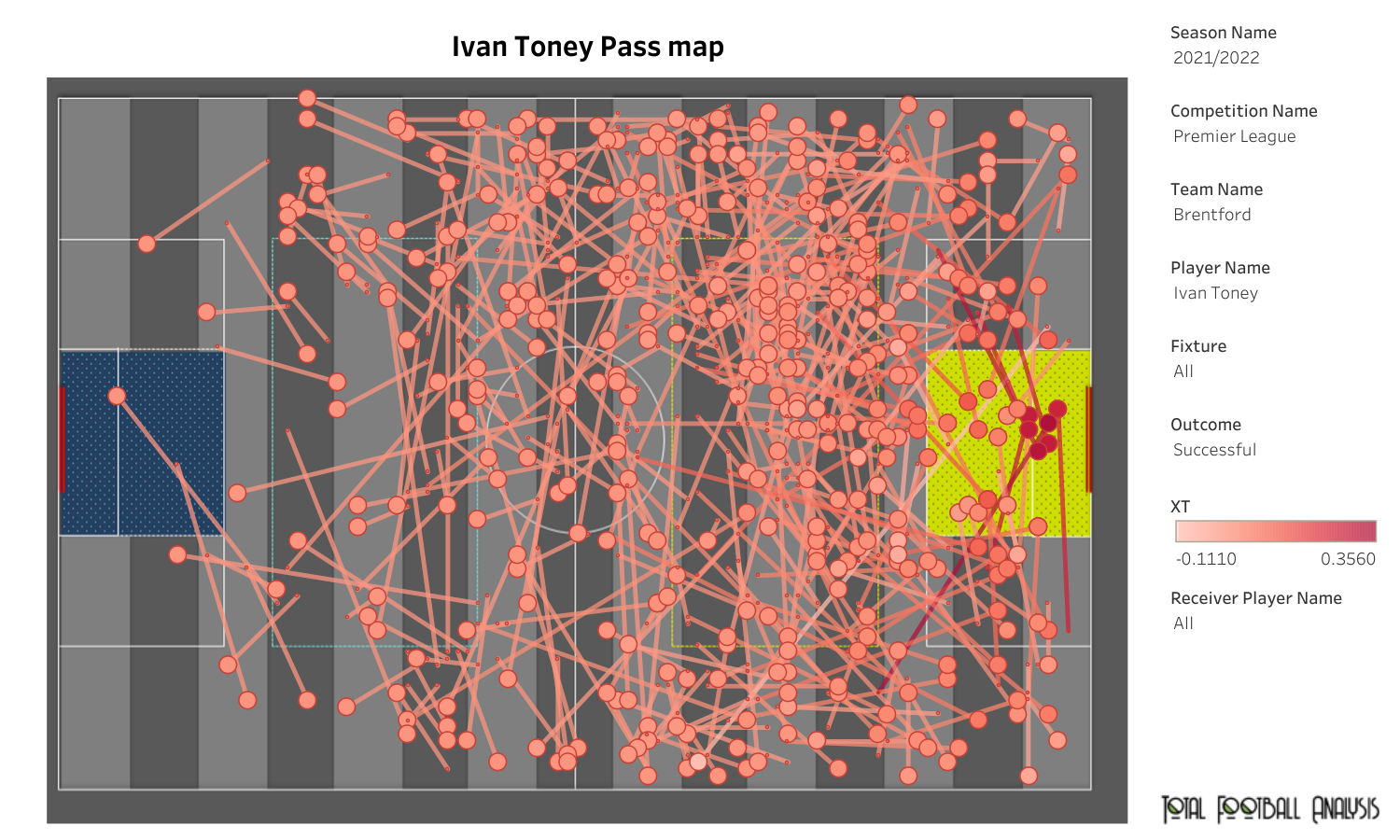 The striker provided five assists in the league last season. The above viz shows all the passes that were successfully delivered by Toney. He averaged 17.8 passes per 90 minutes but had a low accuracy rate of 63.6%. The player averaged more than one cross, smart pass, and through pass per 90 minutes. By looking at the above viz, we can observe that Toney liked to distribute the ball towards the wings. Sometimes, he went wide and tried to find a teammate inside the opposition’s penalty box. Some of his passes found a teammate inside the opposition’s 6-yard box. Most of the passes were directed towards Bryan Mbuemo, followed by Janelt and Rico Henry.

Toney could prove to be a good second-choice striker for Manchester United. He could come off the bench and score goals. The 26-year-old is even capable of leading the line in case there is an injury or the players are given a rest. Manchester United will look at the situation and sign the player if there is a requirement. They have a few other players as transfer targets, and the Red Devils will try to acquire them first. Ivan Toney could end up playing for one of the biggest clubs in England.